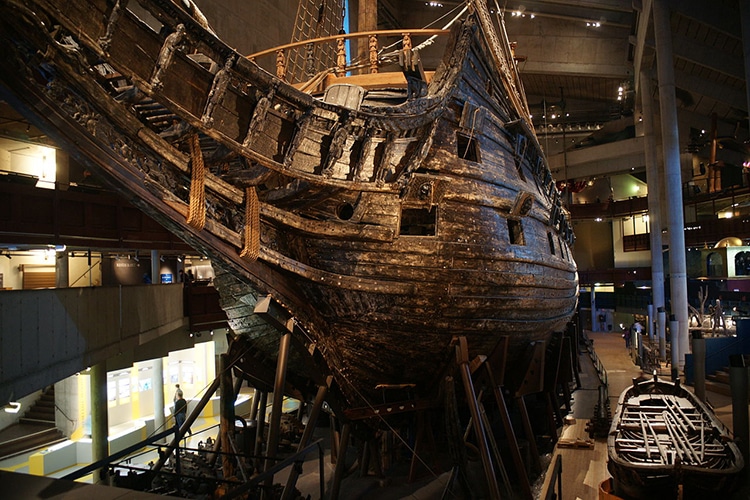 Titanic. Lusitania. Arizona. These are the names that come to mind when we think of ships that met tragic ends, but the Swedish warship, Vasa, is not as readily available in our memories. The Vasa was a brightly painted spectacle of maritime design commissioned by the Swedish monarchy under Gustav Adolf II in the early 17th century. It was designed by the experienced ship maker Henrik Hybertsson, and was initially expected to carry 36 guns aboard the deck. However, the King of Sweden demanded aesthetic perfection at the cost of the ship’s stability. When she set sail on her maiden voyage from the castle fortress at Vaxholm on August 10, 1628, Vasa was laden with heavy ornamental decoration and 64 bronze canons. What appeared to be a relatively calm sailing day would prove disastrous.

Vasa embarked on her journey between four and five o’clock to cheering crowds of family and friends, while the Swedish monarchy stood among the people in anticipation of its naval investment. Unfortunately, after teetering against one trade wind, a second gust pushed against the ship's sails and sent the massive warship careening into the water. Given the time period, Hybertsson had no ability to calculate the ship's stability under the added weight and so created a ship that was incredibly overbalanced, with her center of gravity lying too far above the water.

Archaeologists who have investigated the surprisingly intact wreckage believe that King Gustav’s aesthetic choices directly contributed to the ship’s sinking. Thankfully, only 30 of the ship’s crew died that afternoon, but the maritime disaster would haunt the Swedish Empire for centuries. As for the ship itself, the extremely cold waters of the Baltic Sea protected the wooden ship from harmful bacteria that would otherwise deteriorate its body. When Sweden finally extracted the ship from her resting place in 1961, approximately 95% of the ship remained intact, creating an incredibly rare archaeological opportunity.

Currently, the ship resides on display in Stockholm’s Vasa Museum, which boasts that the Vasa is the only fully preserved 17th-century ship in the world. In order to ready the ship for public display, the preservation team took three decades to carefully extract her from the freezing waters. Thanks to their precise work, we can see remnants of the once colorfully painted lions and crests on the ship’s transom, as well as unique artifacts from the time period that survived the wreck. You can visit the Vasa Museum’s website for information about its reopening and purchasing tickets. 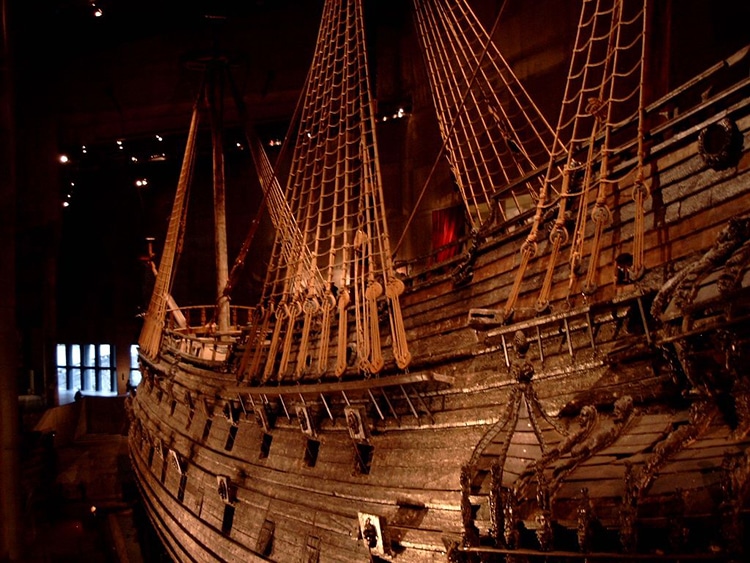 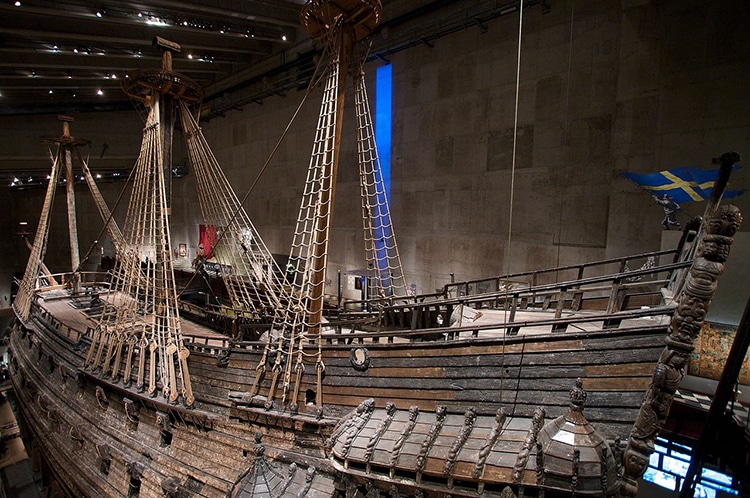 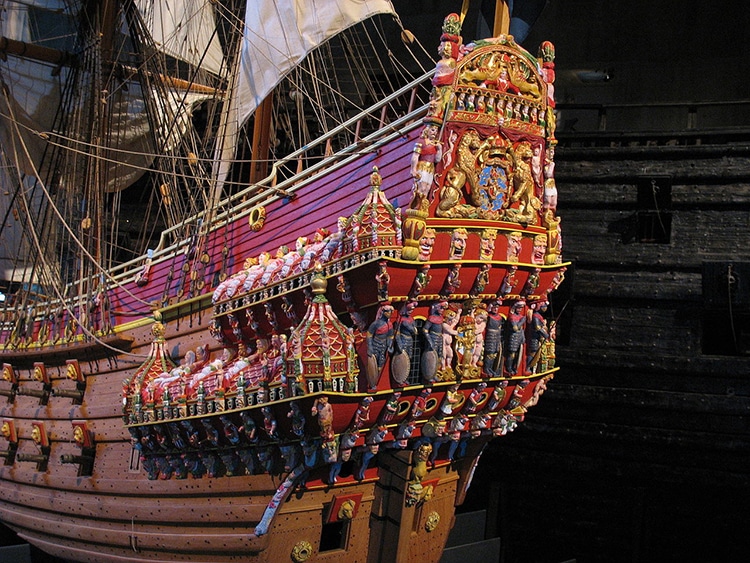 Among the wreckage were pieces of a historic Backgammon board. 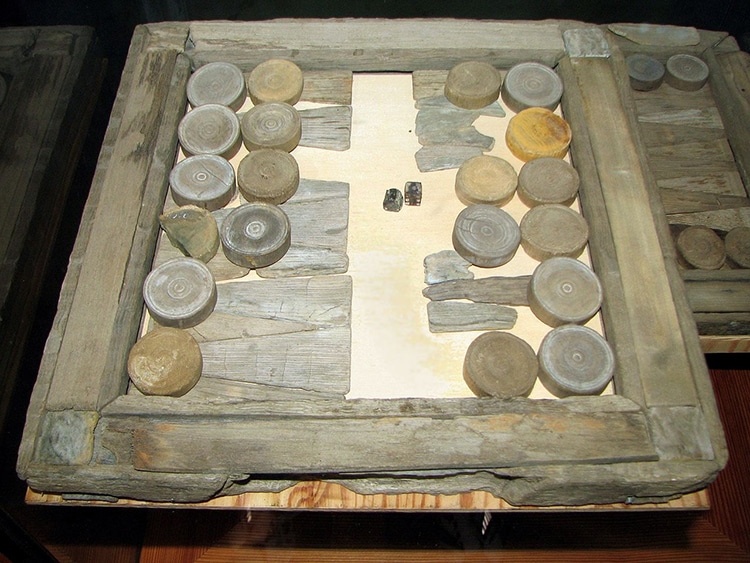 You can see this and much more at the Vasa Museum in Stockholm, Sweden, where the ship now resides. 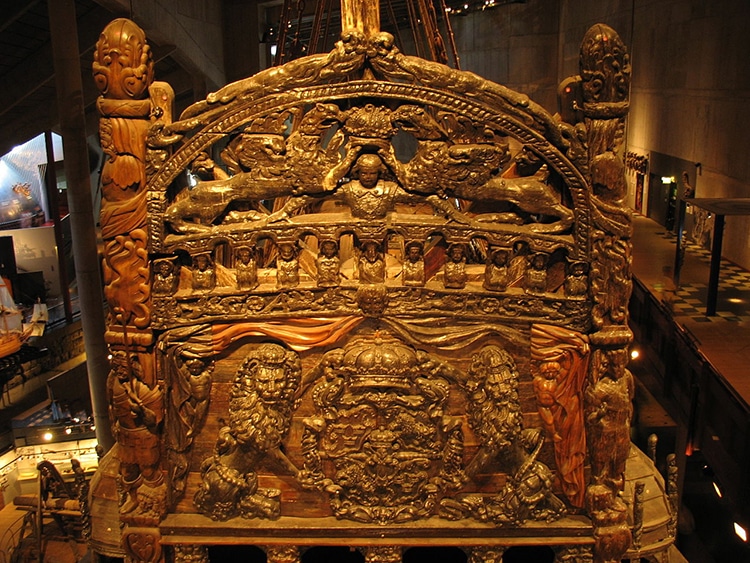