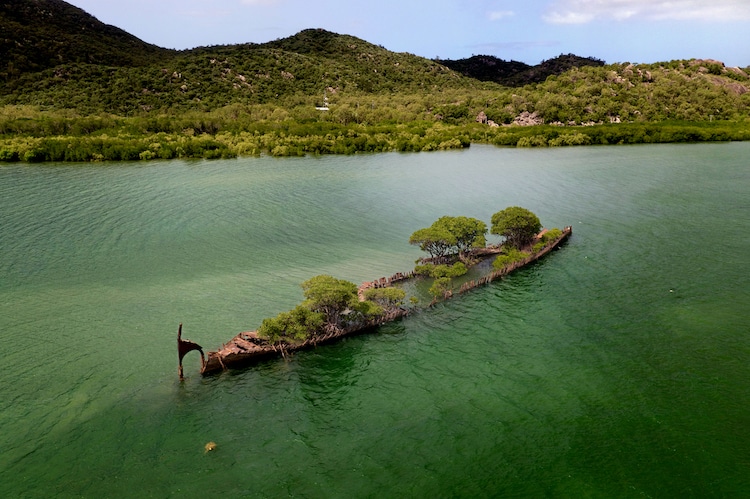 Off the shores of Australia, a 19th-century steamship sits in the sea, overrun by mangrove trees. What now looks like a carefully crafted art installation is actually the remains of the SS City of Adelaide, which sailed the seas for over 50 years before running aground. Located in Cockle Bay, Magnetic Island, the ship's history underwater is just as, if not more, fascinating as its time at sea.

Launched in 1863 from Glasgow, Scotland, the SS City of Adelaide originally shuttled passengers between destinations like Sydney, Melbourne, and Honolulu. After nearly 30 years, the ship was refitted and transformed into a sailing vessel. That's when the problems started. First, the boat switched from ferrying passengers to storing coal and other cargo. In 1912, it caught fire and burned for several days before the flames were extinguished.

Then, three years later, the ship was purchased by George Butler, a Magnetic Island resident who thought he could use it as a breakwater for a jetty in Picnic Bay. Unfortunately, as it was being towed to its destination, the SS City of Adelaide ran aground in Cockle Bay. It remains there to this day and with the passing decades, its condition has continued to worsen.

In fact, the SS City of Adelaide's misfortunes only grew over time. The wreck proved hazardous during WWII, when one of the tall masts took down a bomber during a training exercise. Three members of the Royal Australian Air Force and one member of the United States Navy were killed in the accident. Then, in the 1970s, a cyclone struck nearby and caused the ship's iron hull to partially collapse.

These incidents, together with the natural disintegration of the ship, have slowly chipped away at what's left of the SS City of Adelaide. Now, the carcass of the ship has become home to a blossoming forest of mangroves. Adapted to living in harsh conditions, the trees have found themselves right at home in the silted-up remains of the ship. Interestingly, though the SS City of Adelaide ran around over 100 years ago, the mangroves are relatively new.

“I remember only a few small mangroves in the remains of the imposing hull when I used to walk out to it as a child, 20 years ago,” writes a Redditor who lives near the wreck. “But nowadays the hull is in pieces and, as you can see, the mangroves have become established.”

The Redditor also mentions that, since it's located in an Australian Marine Park, it receives special protection. Commercial fishing and trawlers that could disturb the area are prohibited, allowing the mangroves to grow in peace and slowly overtake this industrial ruin. As one of twenty shipwrecks around the island, tourists continue to flock to see what remains of the SS City of Adelaide.

In 1916, the SS City of Adelaide ran aground off the shores of Magnetic Island in Australia. 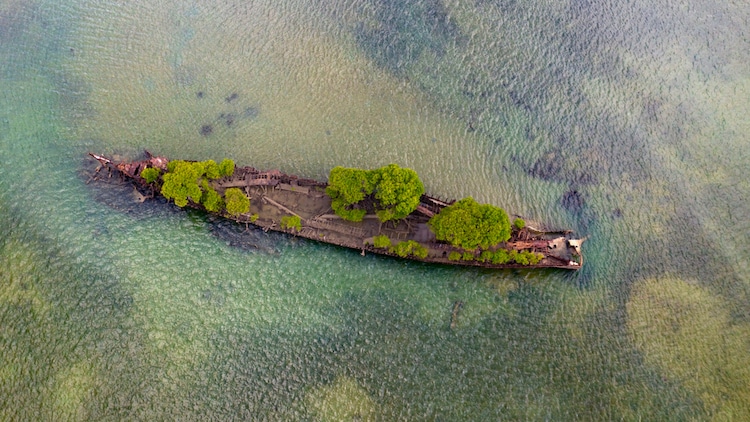 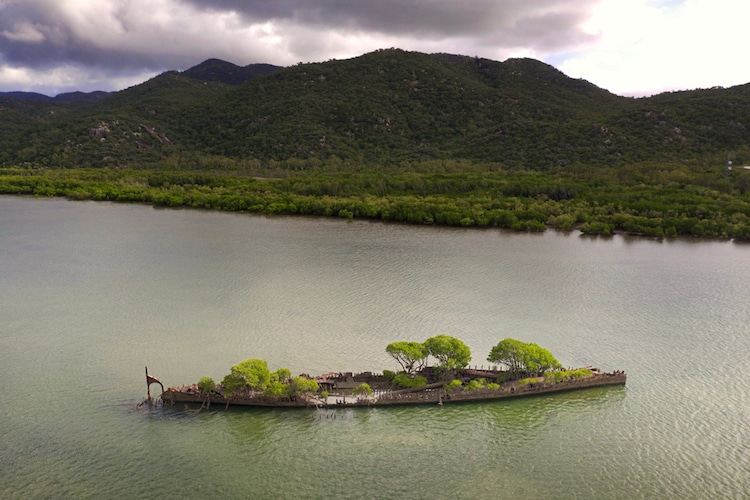 Over the last twenty years, mangroves have taken root in the wreckage. 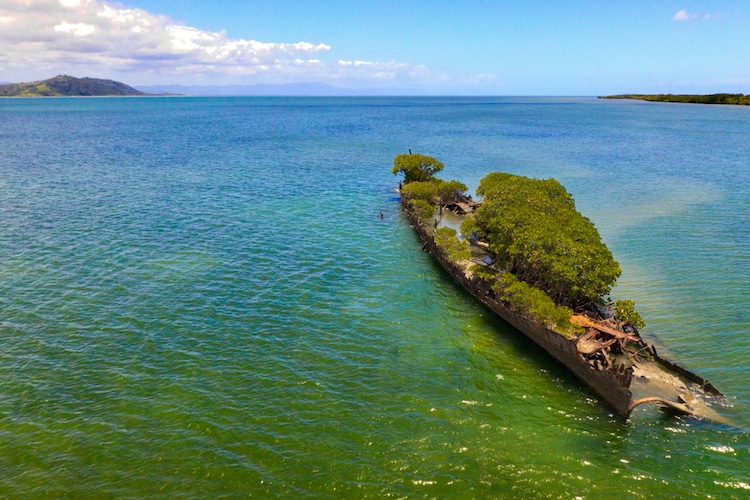 This is just one of 20 shipwrecks around the island. 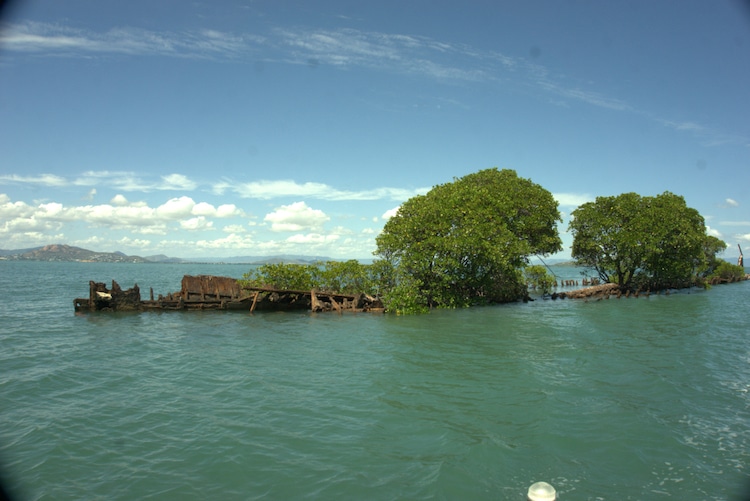 Get more incredible views of the SS City of Adelaide by viewing this drone footage.

Stunning Underwater Shipwreck Portraits Taken Off the Shores of Bali