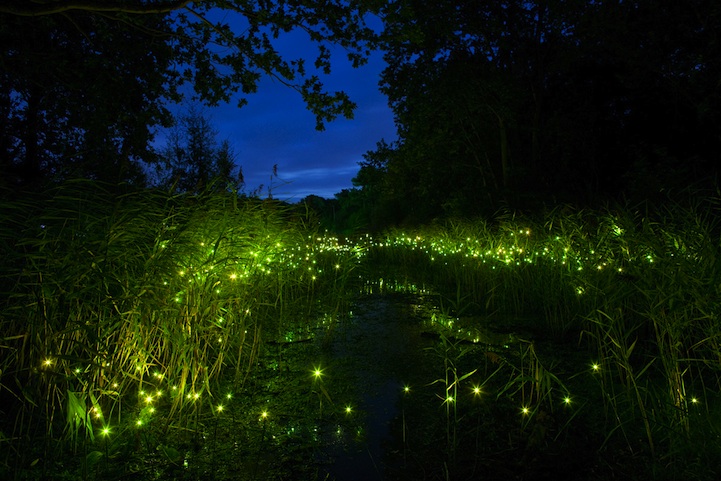 For Into the Great Wide Open, a music and art festival in Vlieland, an island on the coast of the Netherlands, artist Tamar Frank created a stunning installation at the small inlet of a pond. She took 500 LED lights and carefully placed them between reeds so that they appeared like a colony of fireflies. As visitors walked amongst the brush, they activated the “swarm” of fireflies, sending them into a frenzy.

Called Lampyris Noctiluca, it's a follow-up to her original Fireflies installation she first debuted at the Glow light festival in Eindhoven back in 2011. The most recent iteration is currently on display at Hortus Bontanicus, one of the world's oldest botanical gardens, during the Amsterdam Light Festival. 510 lights are mounted on tree branches that hang over the water, casting a truly magical reflection. (See last two photos in this post.) 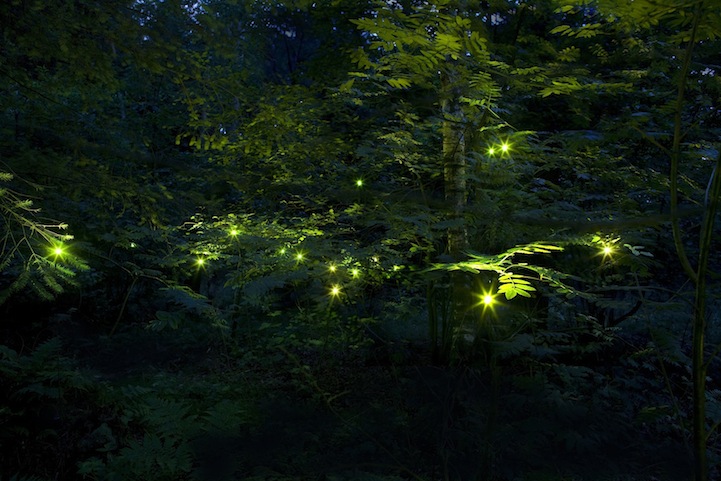 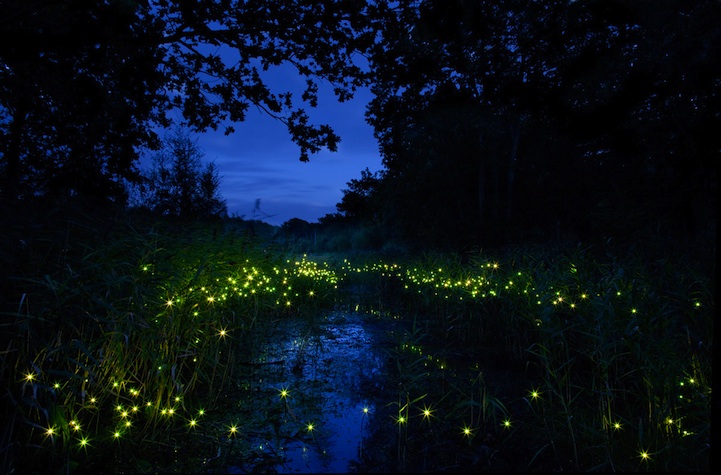 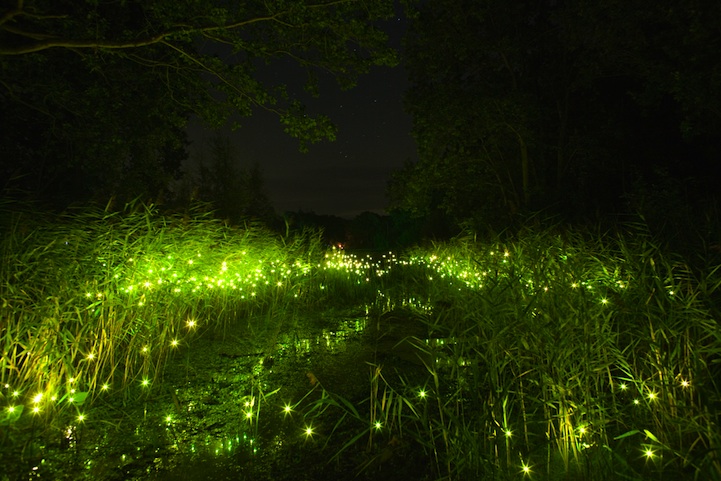 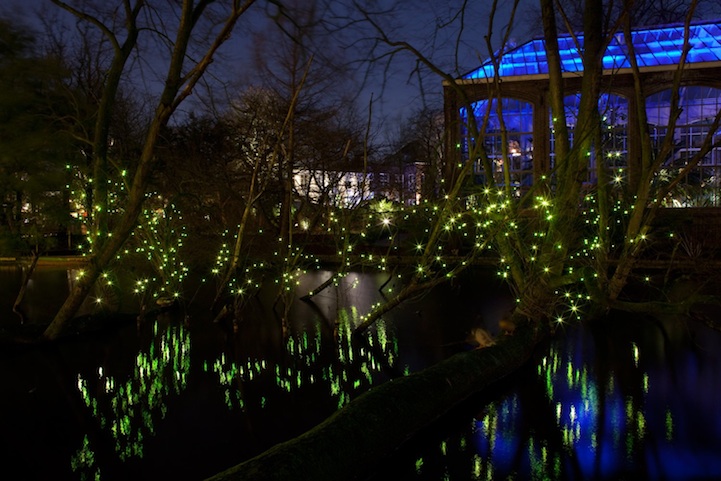 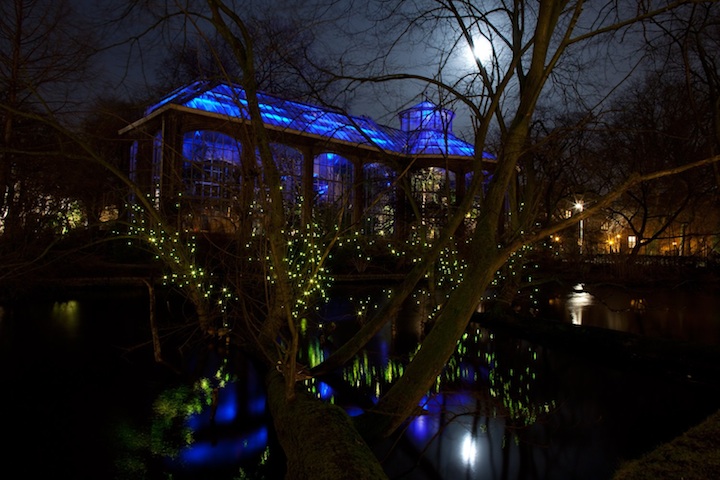