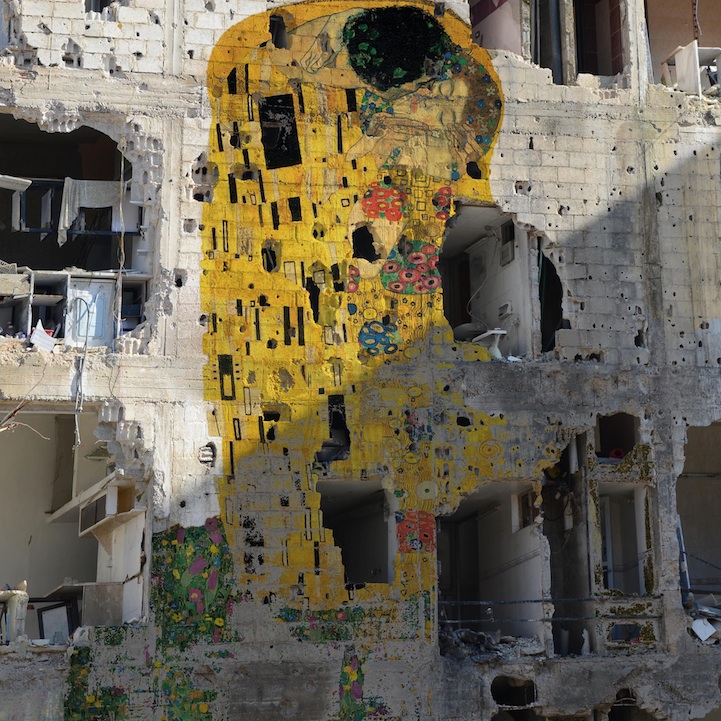 After witnessing all of the violence happening in his homeland of Syria, artist Tammam Azzam decided he would use his artistic ability to make a statement. After living through the first seven months of the revolution, with his family, the artist escaped Damascus. While he had previously been a prolific painter, he had lost his studio due to the relocation, and so he turned to digital art to see what he could do.

In early 2013, Azzam made headlines worldwide when the piece above, called Freedom Graffiti, went viral. It showed Gustav Klimt's famous painting The Kiss photoshopped onto a bullet-ridden building in Damascus. The work was part of a series called Syrian Museum that takes famous masterpieces and combines them with actual scenes of devastation across Syria. The project is meant to bring attention to the destruction of the cultural heritage in Syria while also “paralleling the greatest achievements of humanity with the destruction it is also capable of inflicting.”

Until January 30, some of this powerful, socially-charged work is showing at Ayyam Gallery, both in the London and Beirut locations. 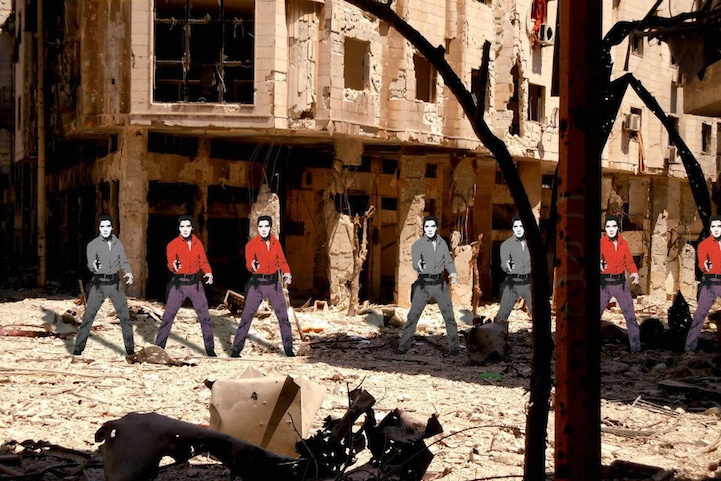 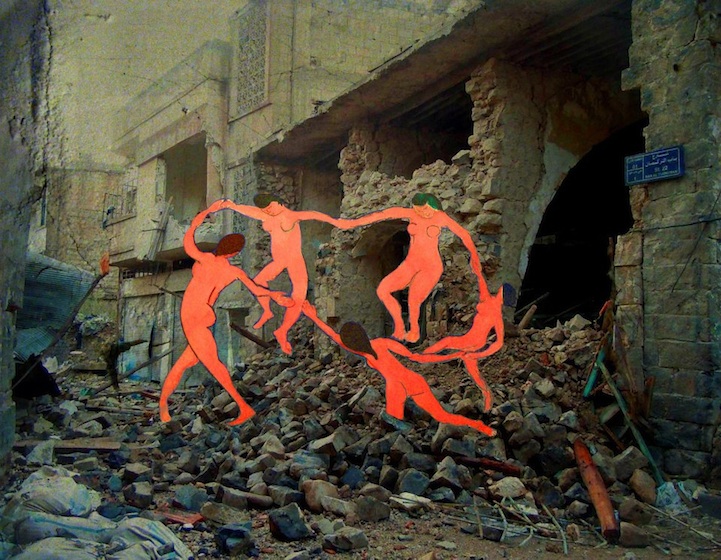 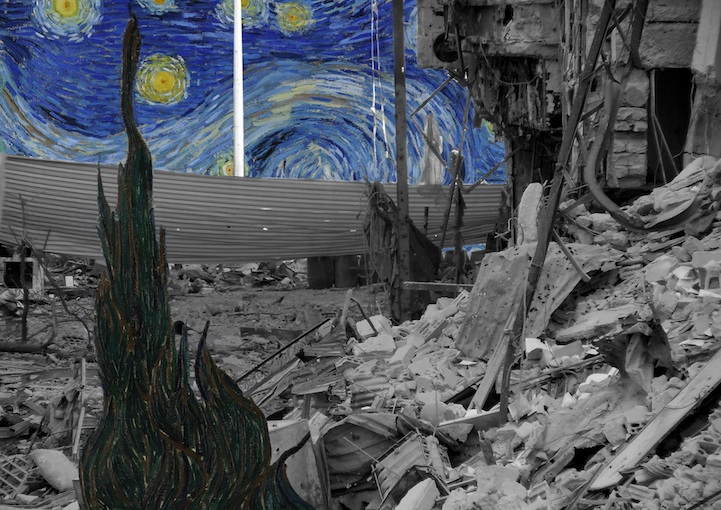 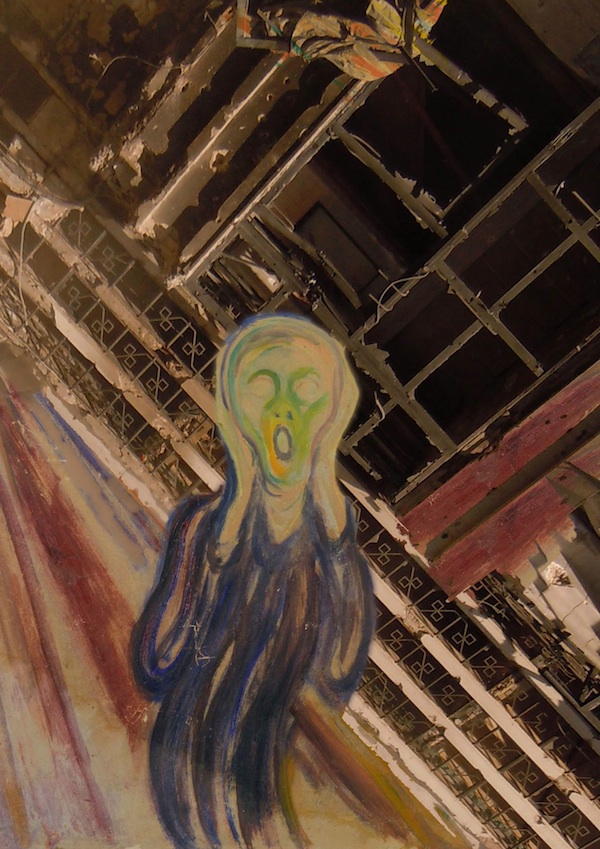 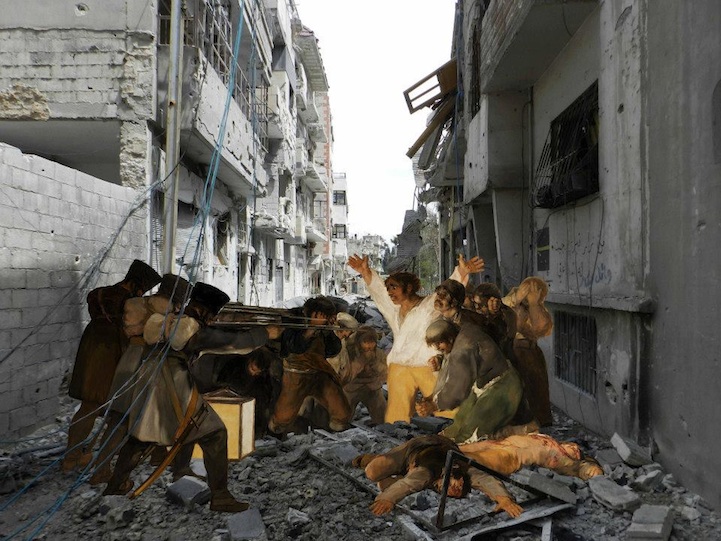 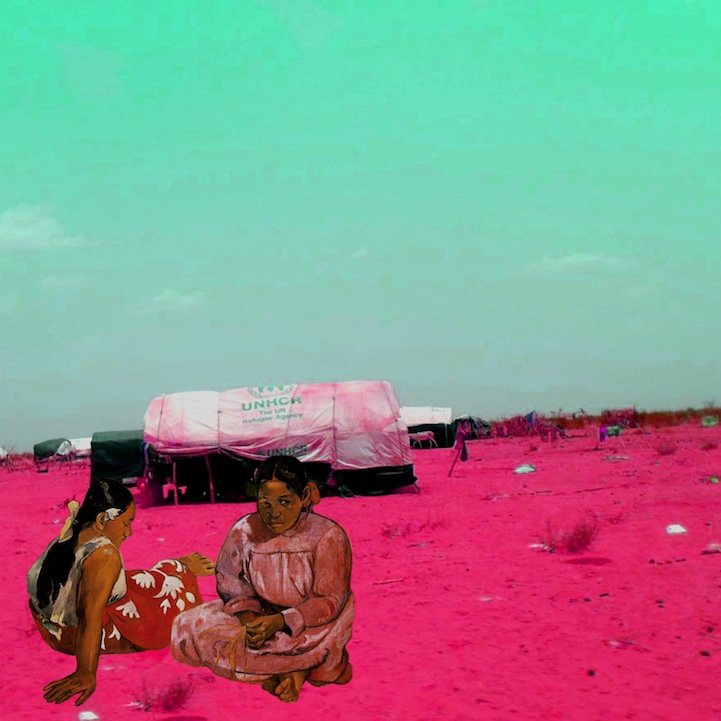 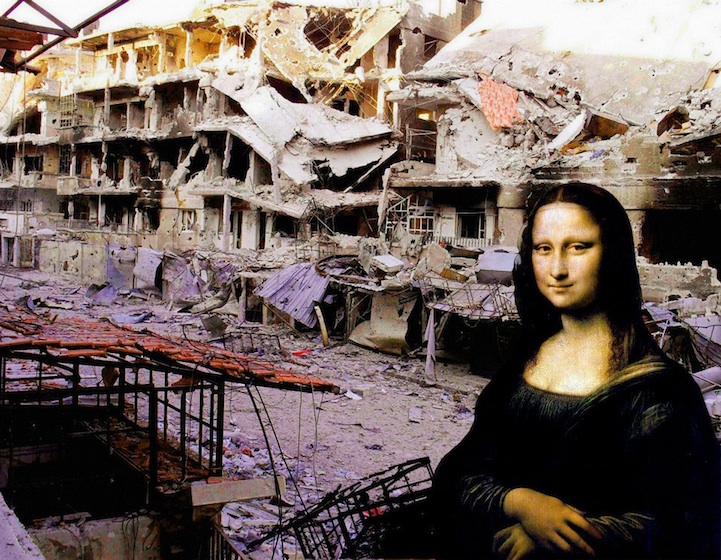 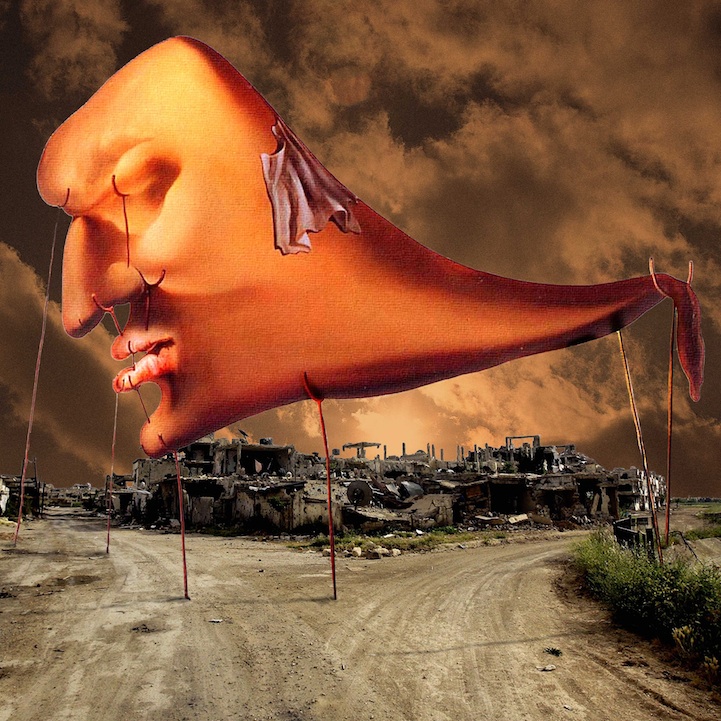