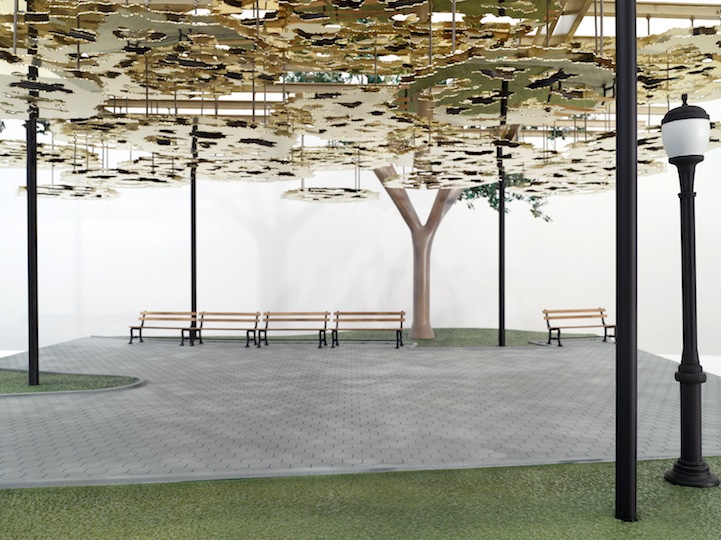 From April 30, 2015 through January 10, 2016, those visiting Madison Square Park will get to experience a brand new installation that is inspired by golden foliage. Artist Teresita Fernndez debuts Fata Morgana, an Italian phrase meaning mirage that consists of a 500-foot-long sculpture erected in six sections. Hundreds of polished metal discs will float in the sky casting a bright golden glow that will make it visible from blocks away. Its intricate pattens will make it seem like sunlight is filtering through foliage. Rather than just putting up a sculpture in the park, Fernndez wanted to challenge the traditional notion of outdoor art by putting up this unique canopy.

“I see the park as a system of arteries reflecting and distorting urban life,” Fernndez stated. “It will reflect the landscape on a grand scale, as your own reflections are seen from above and are shaped by other people and by the environment. It takes the whole park and unifies it.”

“By hovering over the park in a horizontal band, Fata Morgana becomes a ghost-like, sculptural, luminous mirage that both distorts the landscape and radiates golden light.” 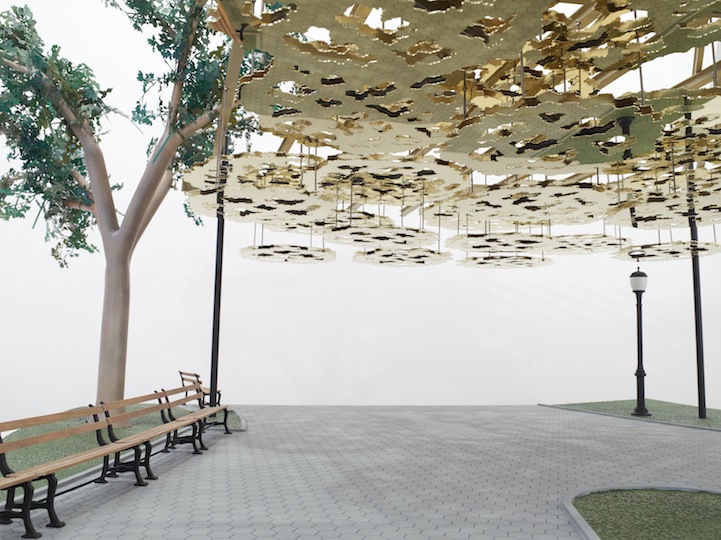 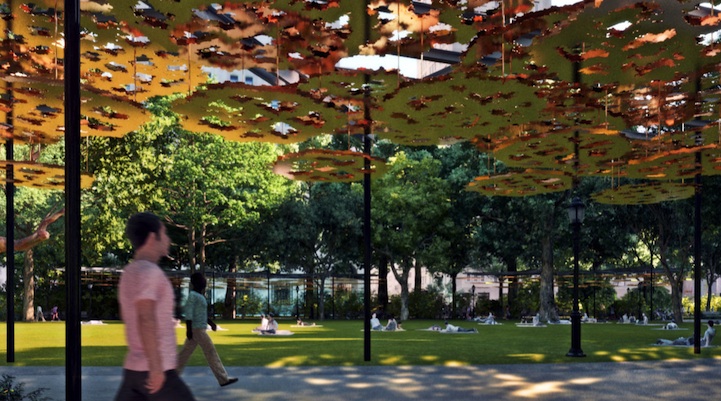 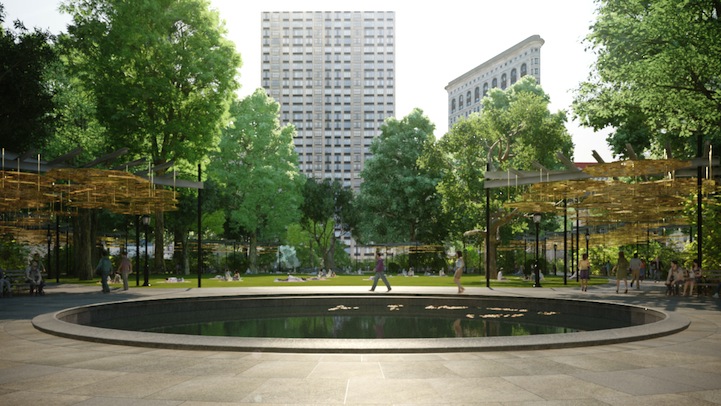