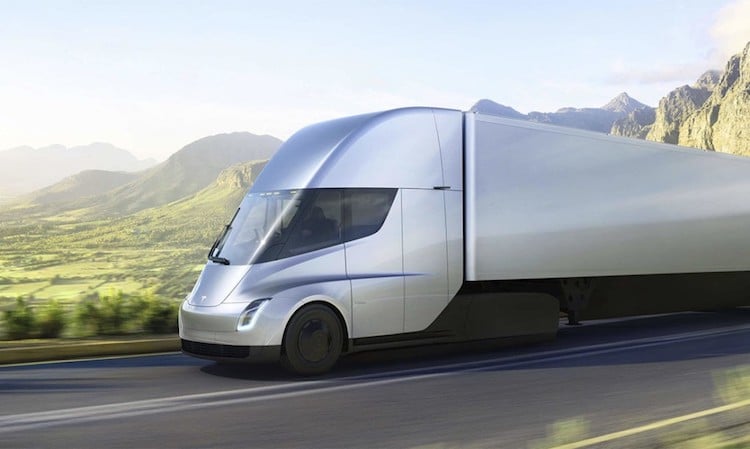 With nearly 2 million semi-trucks in the United States alone, Tesla is venturing to make an environmentally friendly dent in the market. Using his trademark flair, CEO Elon Musk unveiled the company's new electric semi-truck at a splashy event that saw an 18-wheeler hauled out on stage. With a 500-mile range and streamlined design, Tesla is looking to revolutionize the way goods are hauled across the country.

Impressively, the Tesla semi can reach up to 60 mph in 5 seconds without a trailer, and with an 80,000-pound load can make that speed in 20 seconds. To put this into perspective, it takes a diesel semi-truck about one minute while hauling a similar load. Musk also stated that with just 30 minutes of charging on the company's new Megachargers, the semi can go 400 miles.

In terms of design, the Tesla electric semi was designed with the comfort of the driver in mind. There is full standing room within the cabin and center driving for increased visibility. Two touchscreens help monitor blind spots, give access to navigation, and provide electronic data logging. It's also possible to travel as a convoy, with several Tesla semis following a lead semi across long distances autonomously. 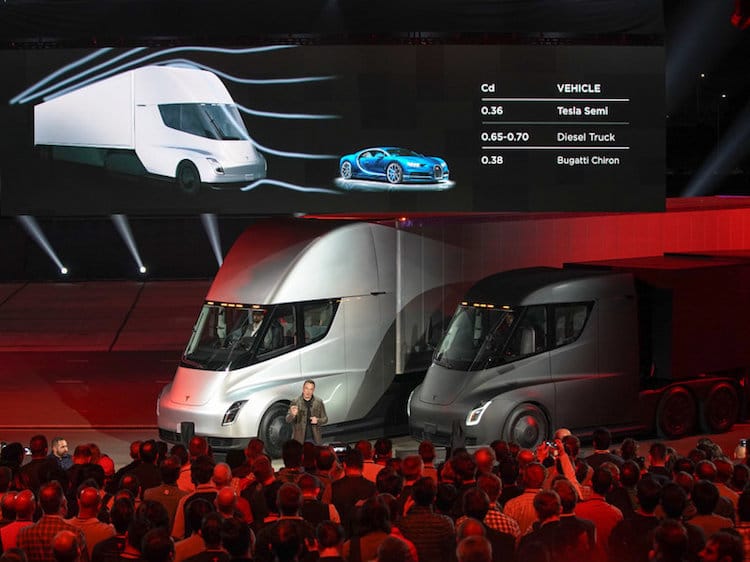 Increased safety was also a concern, with Musk stating that jackknifing would be nearly impossible due to two independent motors that can adjust torque. This also means that the roll risk is also greatly reduced. And while Tesla isn't the first company to market electric semi-trucks—Cummins and Daimler have also announced plans—they are already making headway with big companies and plan to go into production in 2019.

Just a few days after the big event, Walmart announced that they preordered 15 Tesla semis with Canadian grocery chain Loblaw also stating that they'd put the $5,000 deposit down for 25 of their own. With businesses anxious to show that they are doing their part to lower emissions, it will be interesting to see who else jumps aboard in the coming year. 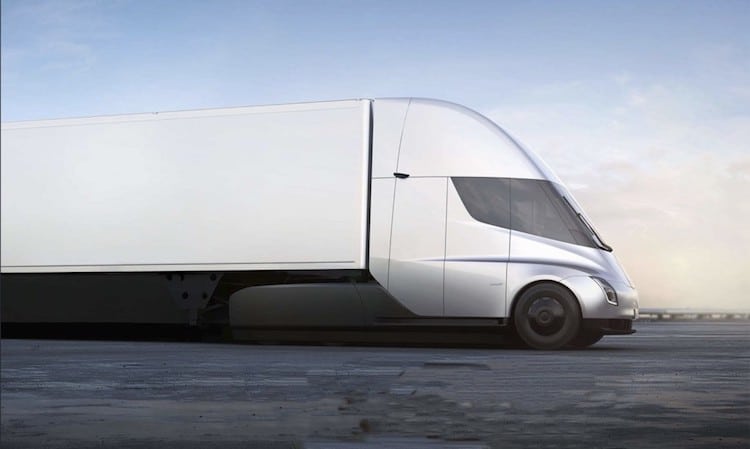 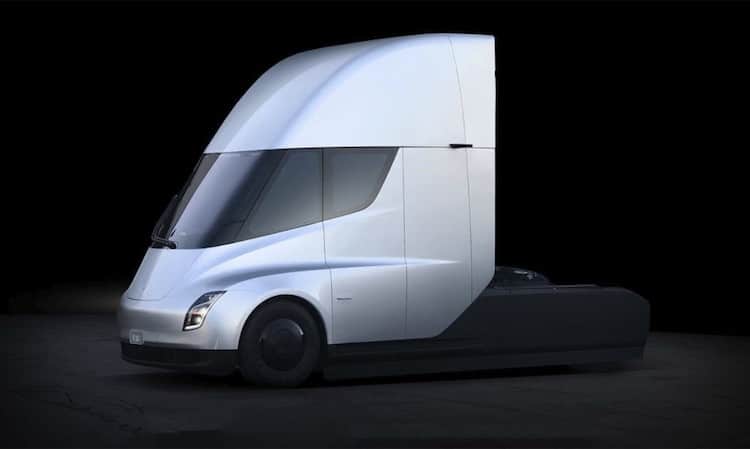 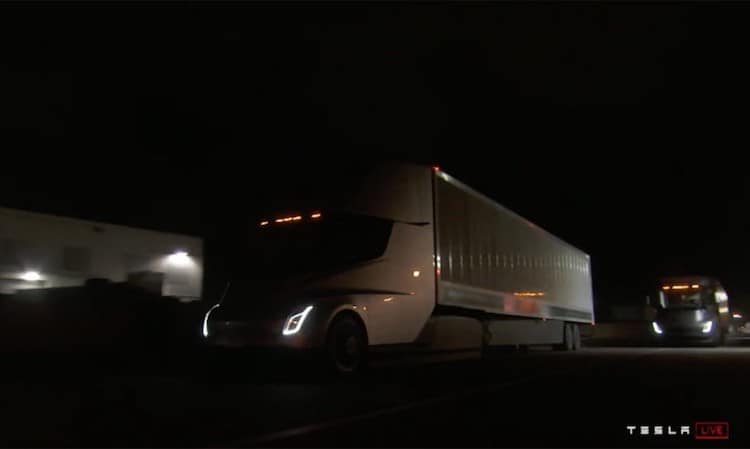 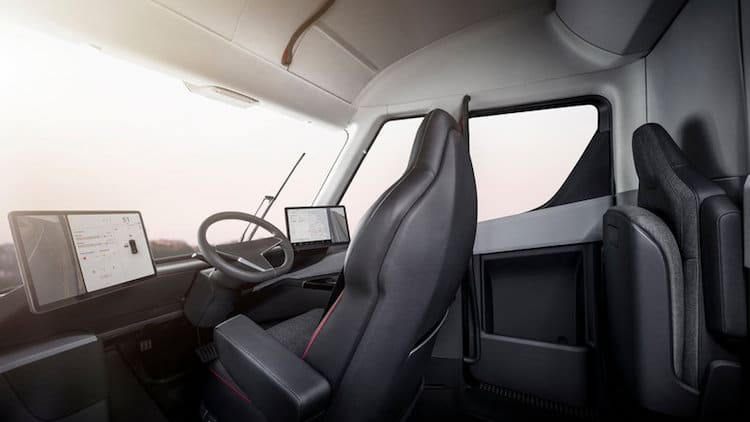 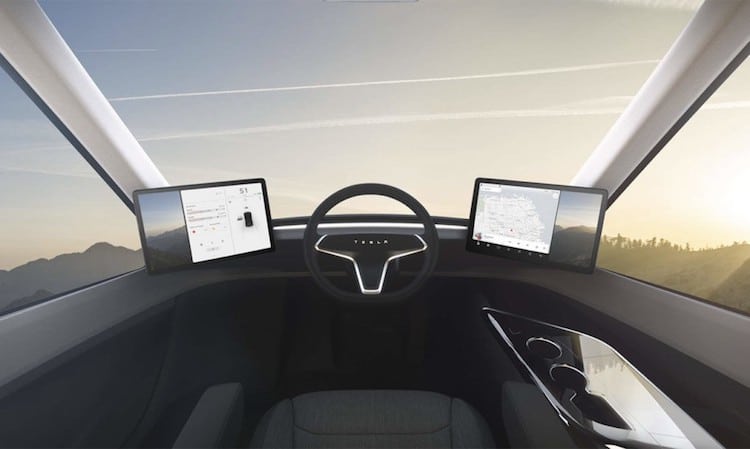 All images via Tesla.

The Driverless Electric Car from the Future Has Arrived