The Mysterious Woman Behind the Pinkberry Brand 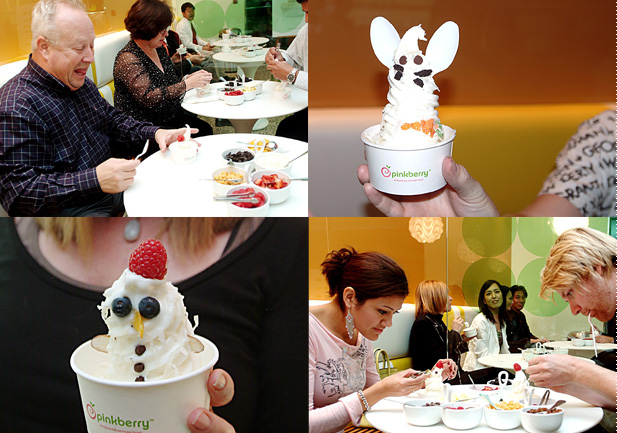 By now you may have heard about the incredible story behind the phenomenon that is Pinkberry. If not, here's the quick synopsis. Korean woman named Shelly Hwang is a USC graduate who ran two unsuccessful franchises before opening Pinkberry. She partners with Young Lee, a South Korean bouncer (yes, Korean men are badass) turned architect (weird career change) and tried to open a teahouse in West Hollywood in a 600 sq. ft. former tattoo parlor (from tattoo to tea? only in WeHo). Due to uncooperative neighbors and the denial of their liquor license, Hwang and Lee gave up on the teahouse and decided instead to convert the location to a frozen yogurt shop. Pinkberry opens in January 2005 and only sold $70 their first month, but within four months they were turning a profit. Their first major break came in August 2005 when they were mentioned by Daily Candy. They later received a $27.5 million investment from a venture capital firm founded by Starbucks' Howard Schultz. So how did this fro-yo shop go from virtual obscurity to crazy phenomenon? Why that's the million dollar question! It's by one woman named Yolanda Santosa, the creative director of Pinkberry. “One day she walked by a tiny West Hollywood yogurt shop. She was so entranced by the experience (and she loved the puckery sourness that's signature of Pinkberry yogurt) that she took a week off her motion graphics job to prepare a 90-page branding pitch for their business that included her personal branding heroes. She got the job on the spot. Two years later, Pinkberry has grown from that one shop to 70 locations nationwide. Santosa's work played upon the colorful transparency of the plastic Philippe Starck chairs and the sleek, space age countertops. The website is extremely minimal, accenting this white yogurt-on-white background, with only the colors of the toppings punctuating the space. It made the yogurt the hero; almost a character.” It soon became a a product that people love, even lust. Here's some of their wonderful branding at work: 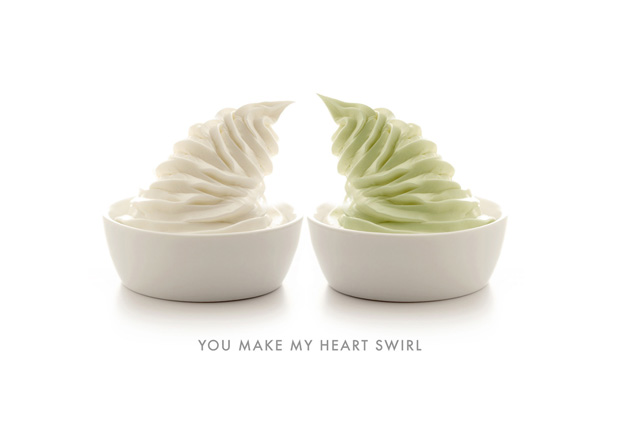 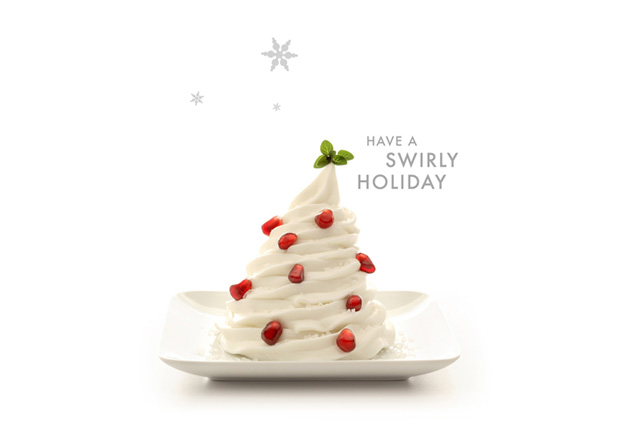 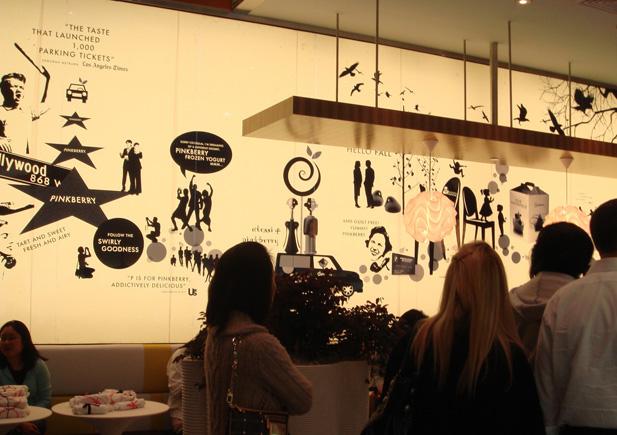 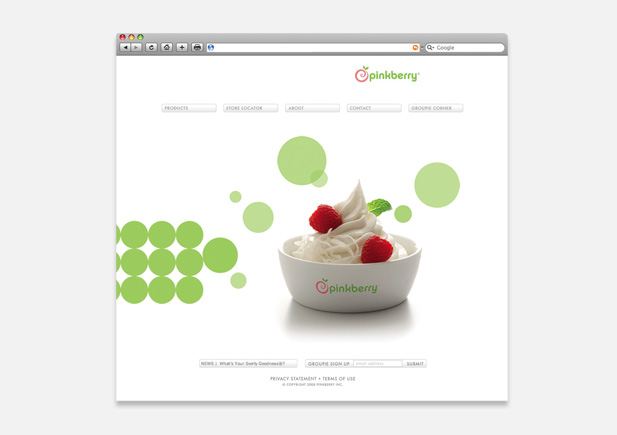 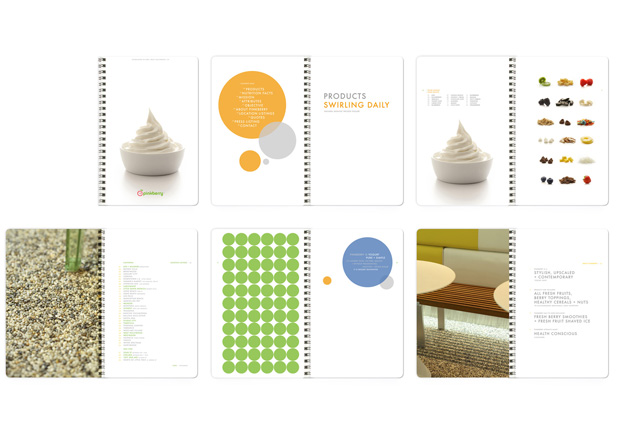 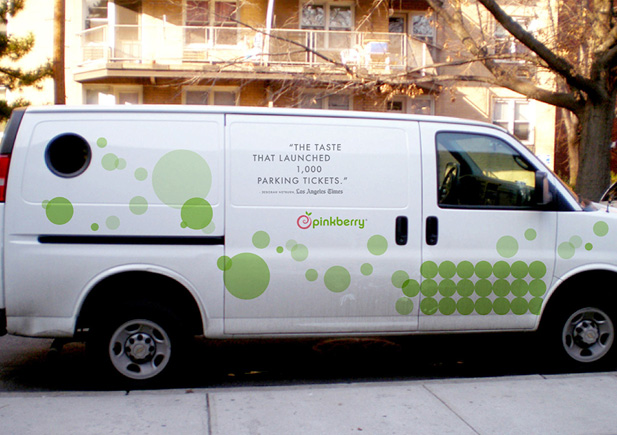 A great taste for clean design and a massive amount of motivation took Pinkberry to where it is today. Love this story. Source: Fast Company