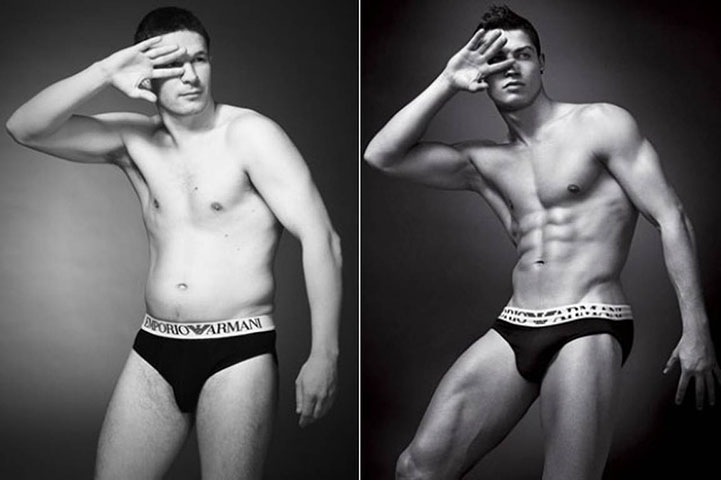 We've all seen the dreamy underwear ads where male models show off their chiseled abs and their unnaturally tanned bodies. In this series, Jenny Francis and daily tabloid newspaper The Sun teamed up to show how real men compare to those popular campaigns.

Four brave men, regular readers of The Sun, stood alongside David Beckham, Cristiano Ronaldo, Freddie Ljungberg, and David Gandy to show off what a real life man would look like wearing the same exact underwear and standing in the same exact poses. With an adventurous spirit, these guys became real life models and the final results are both hilarious as well as empowering. The entertaining series is a reminder that people come in all different shapes and sizes and can be seen as inspiration to stop gunning for flawless and to find beauty in a real, non-photoshopped world. 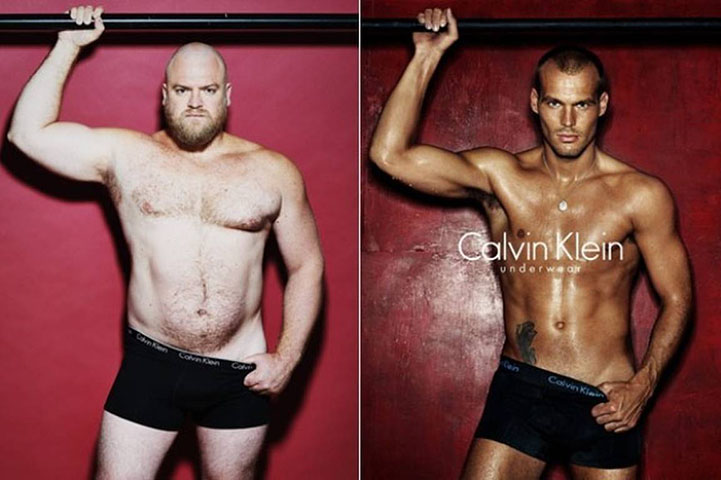 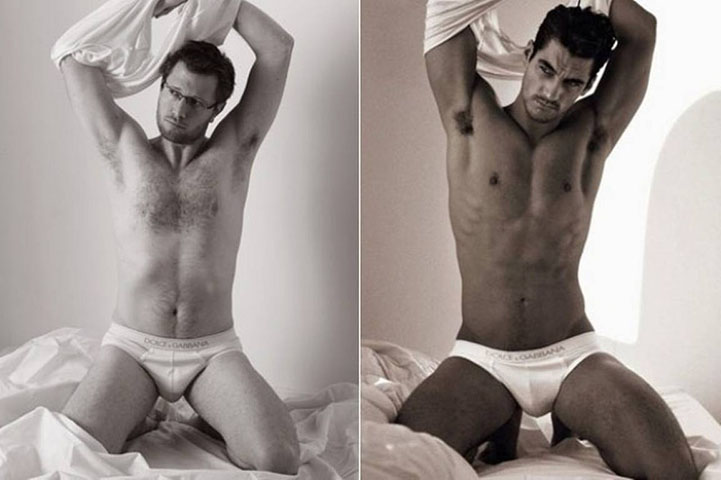 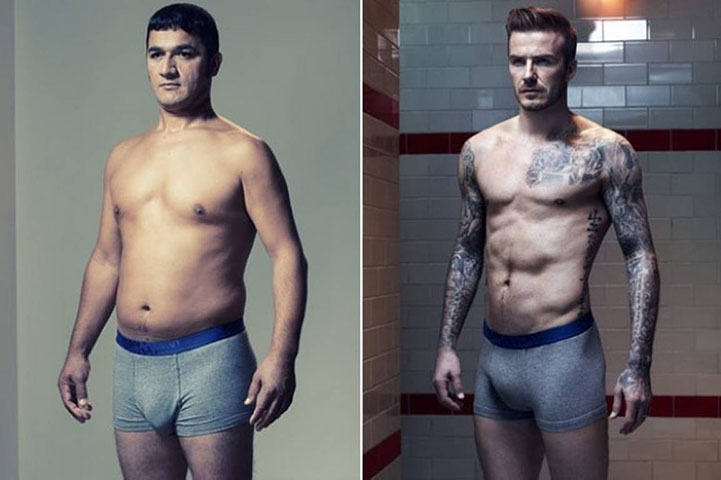 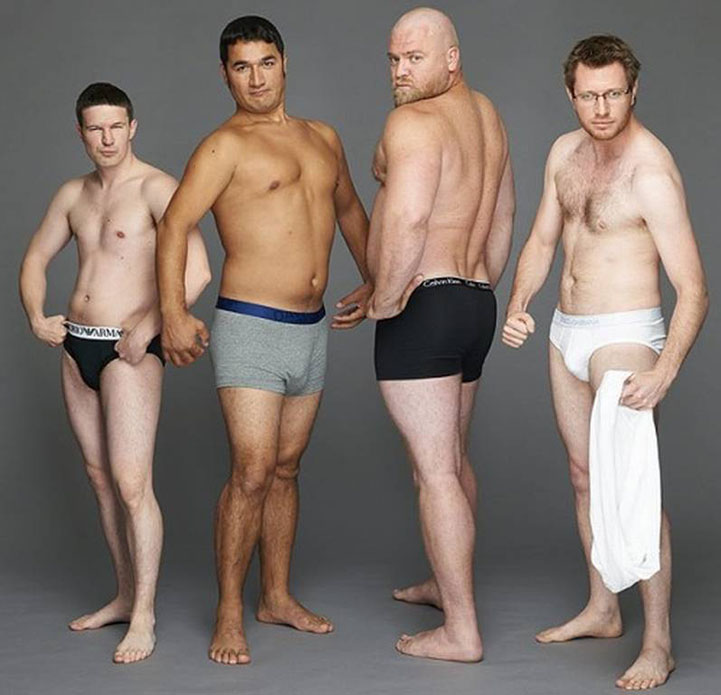