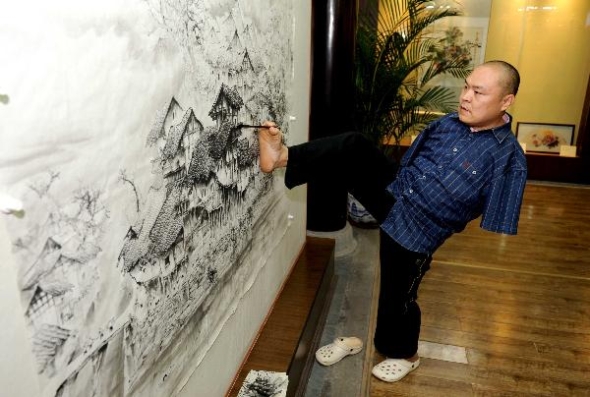 Huang Guofu is an inspiration to us all. At the young age of 4, he lost his arms in a terrible electric shock accident. That didn't stop him from following his dreams, however, and at age 12, he began painting with his feet.

At age 18, Huang's father became very ill, so the teenager needed to make money for his father's treatments. He quit his studies and started traveling to other Chinese cities, creating beautiful paintings on the side of streets, selling them to those that would pass by. During his travels, he learned to paint with his mouth, which he found to be a more elegant method than using his right leg.

Now, at the age of 41, he's the vice-curator of Chongqing Talents Museum, creating masterpieces using paintbrushes held in his mouth and between his toes. Awarded the position for both his artistic achievements and determined spirit, he has inspired other mouth-and-foot painters to join the museum.

“When life closes one door to you, it must have opened another at the same time,” says Huang. “I want to let the younger generation know that there are no real obstacles in life. The only obstacle is if you want to do it.” 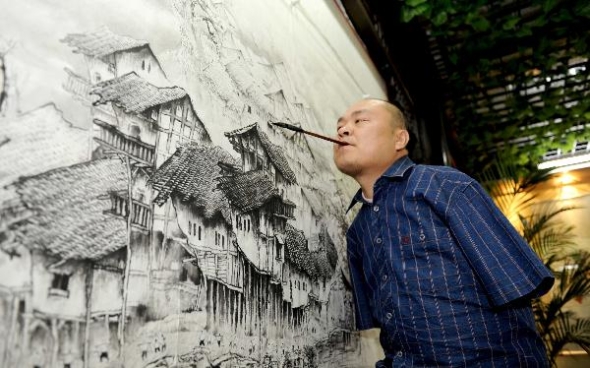 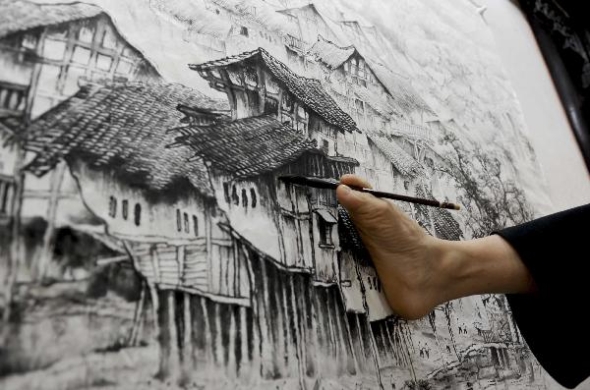 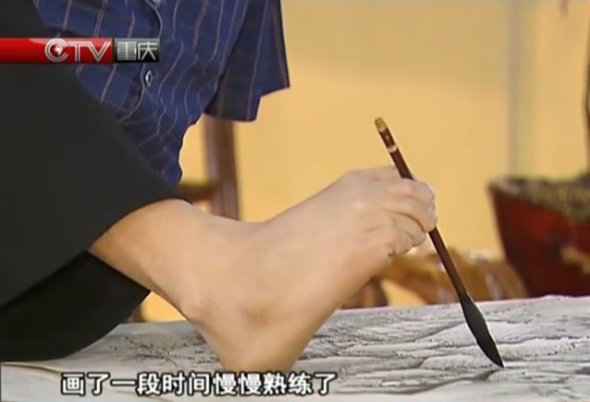 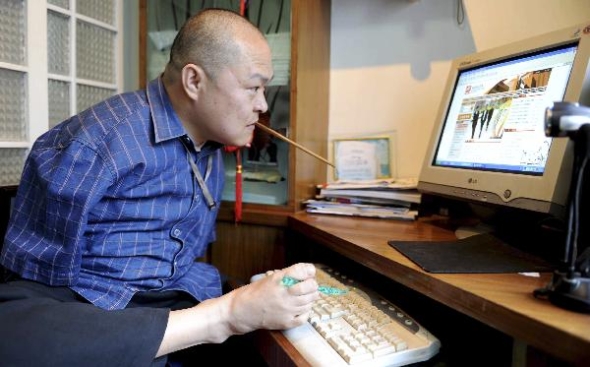 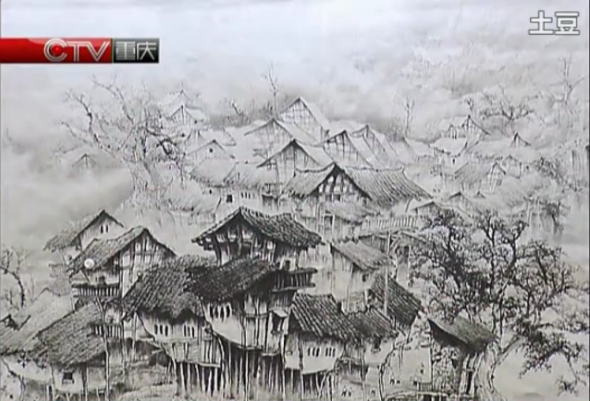