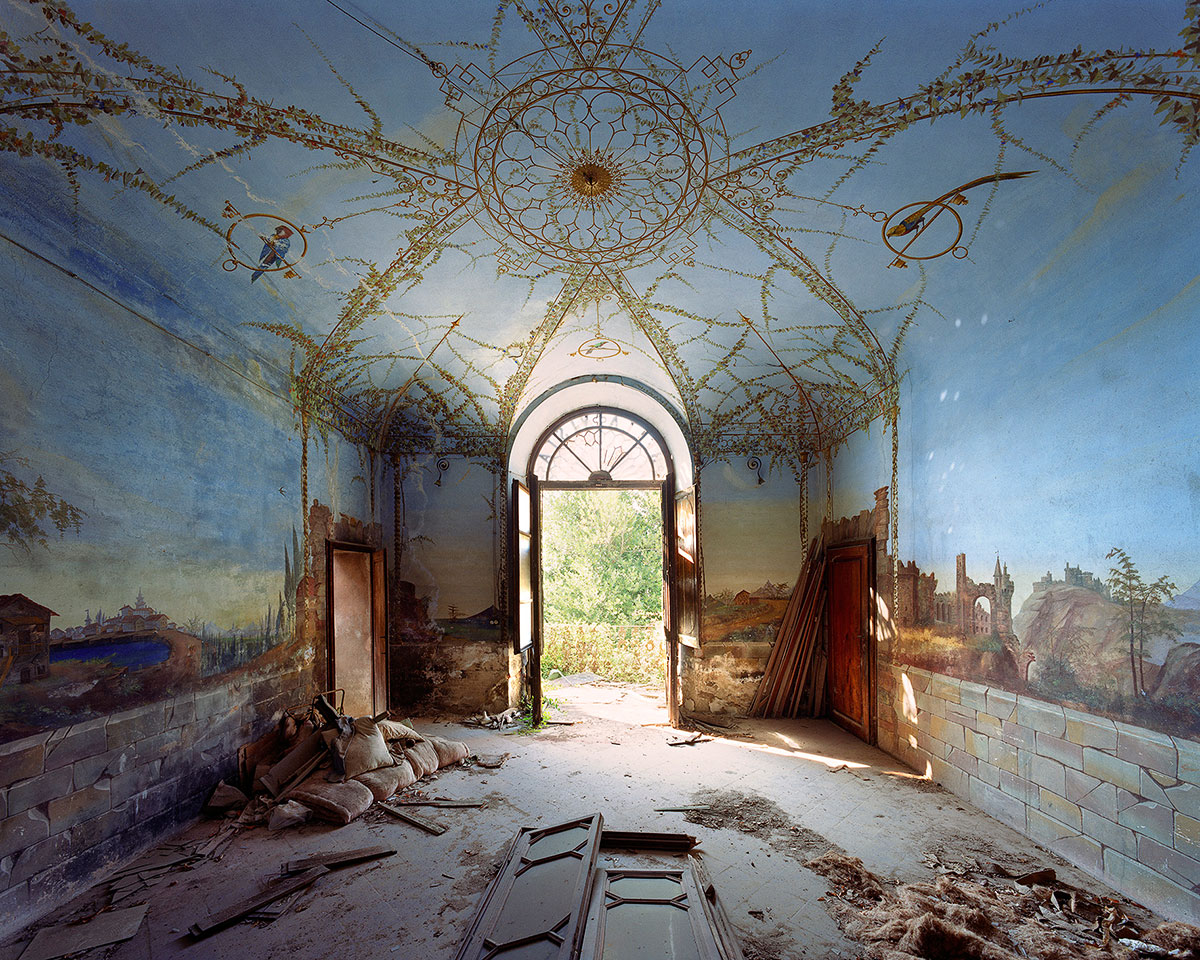 For nearly ten years, French photographer Thomas Jorion crisscrossed Italy, exploring the decadent, crumbling palaces of the 18th and 19th centuries. Using an analog, large format camera, Jorion immortalizes these vestiges of the past for a series he calls Veduta. Through his lens, we're given a haunting look at the former glory of these decaying palaces.

Often still rich with decorative painting, each interior has its own unique personality that is slowly developing into disarray. Capturing the individuality of these abandoned spaces is part of what motivates Jorion. “At first I photographed them to keep a trace of the places before they disappeared,” Jorion tells My Modern Met. “And then I realized that there was a beauty, an aesthetic, that emerges with shapes, colors, and lights. I do not necessarily look for abandonment, but rather the patina of time.”

Jorion travels the world in search of places to photograph with his 4×5 camera. Using natural light, he searches for abstraction or a graphic quality in the scenery. With equipment weighing nearly 18 pounds, between the large format camera, lenses, and accessories, Jorion's work is an arduous task, but one filled with rewards.

His work speaks to the fragile and ephemeral nature of humanity, causing us to wonder if our fate will be similar to these buildings of the past. And if not, what will the future look like? In their stillness, these empty spaces force us to fill in the blanks of their past as a way to understand their present. Thanks to Jorion's work, we're pushed to look outside our immediate circle and broaden our horizons to seek out what the future holds for each of us.

Veduta is currently on show at Esther Woerdehoff in Paris through April 6, 2019. 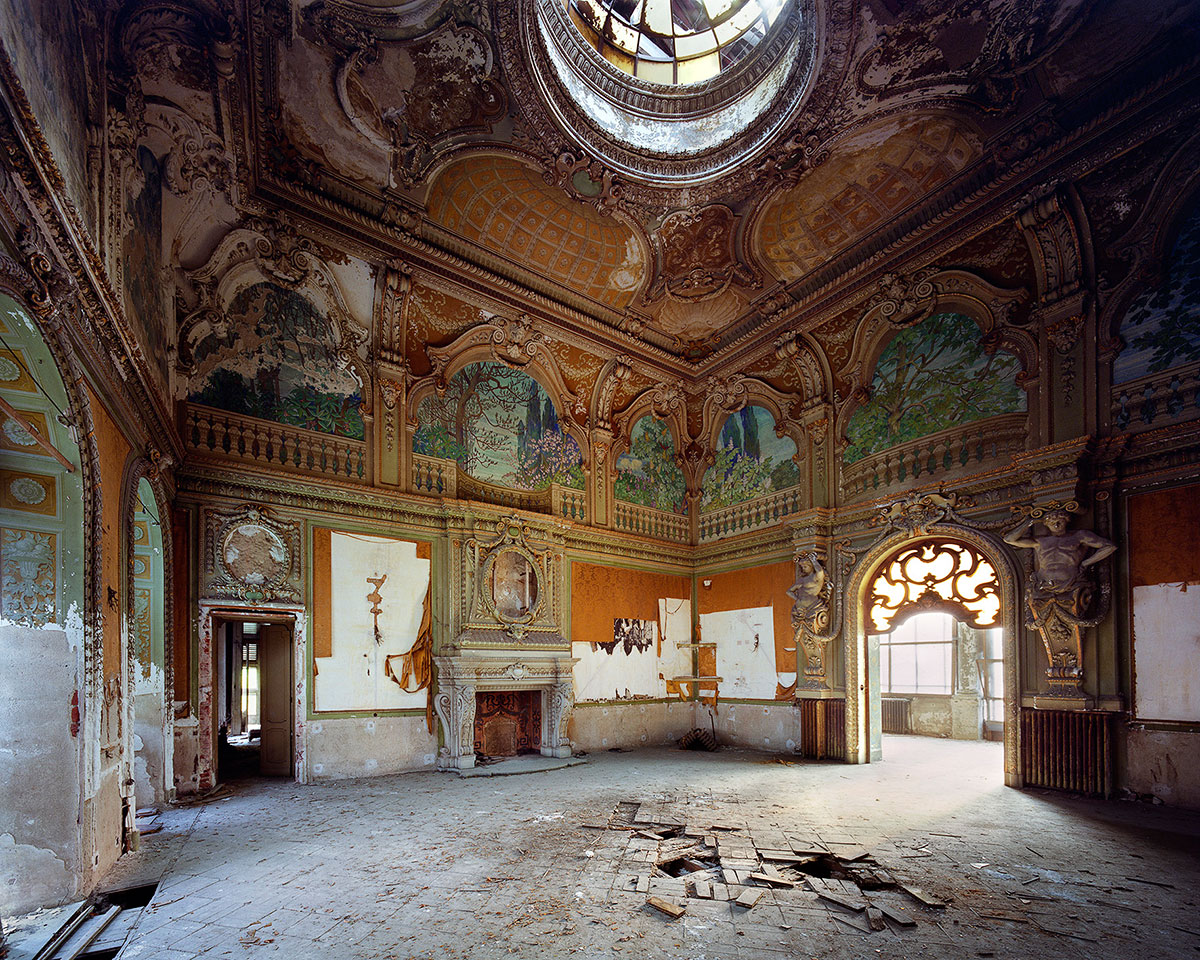 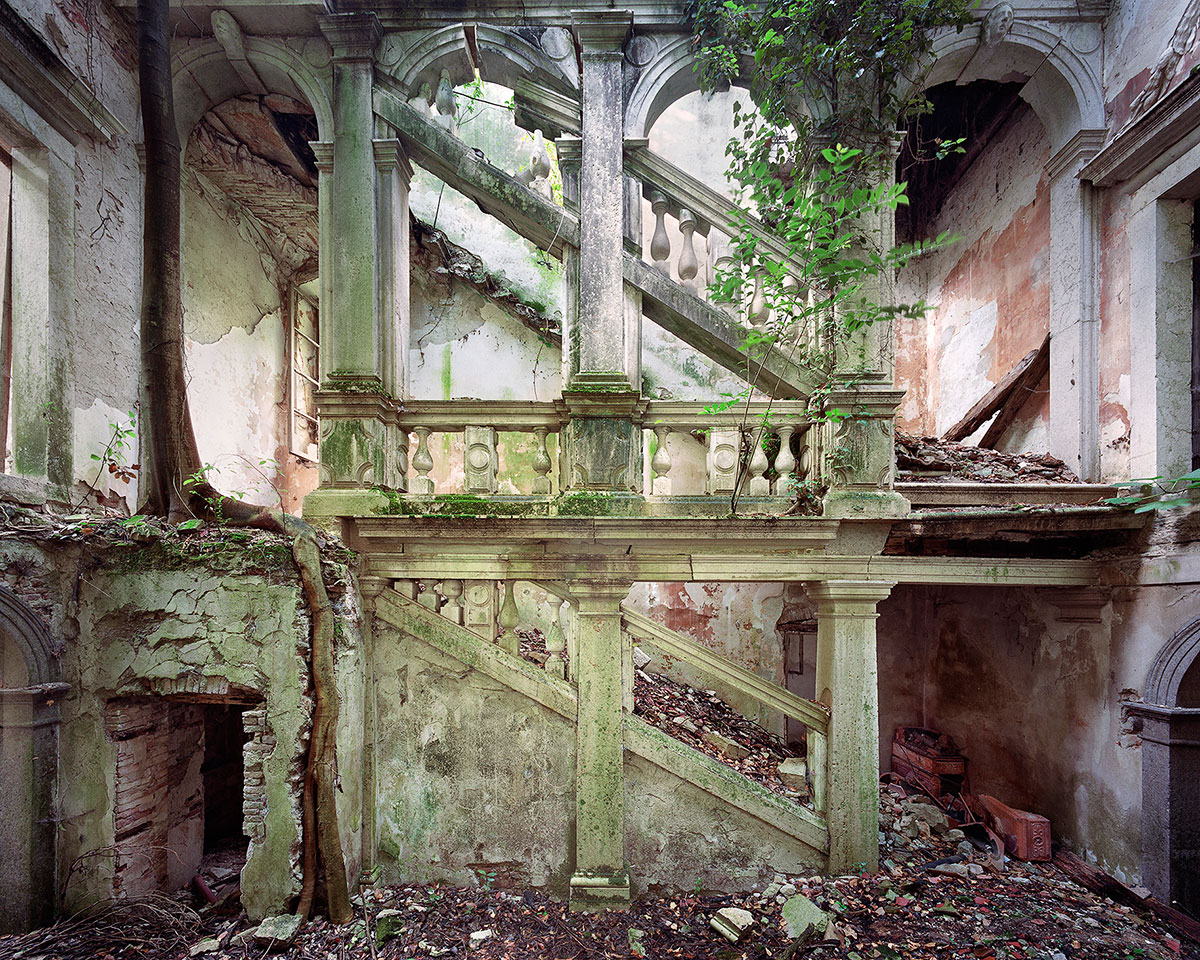 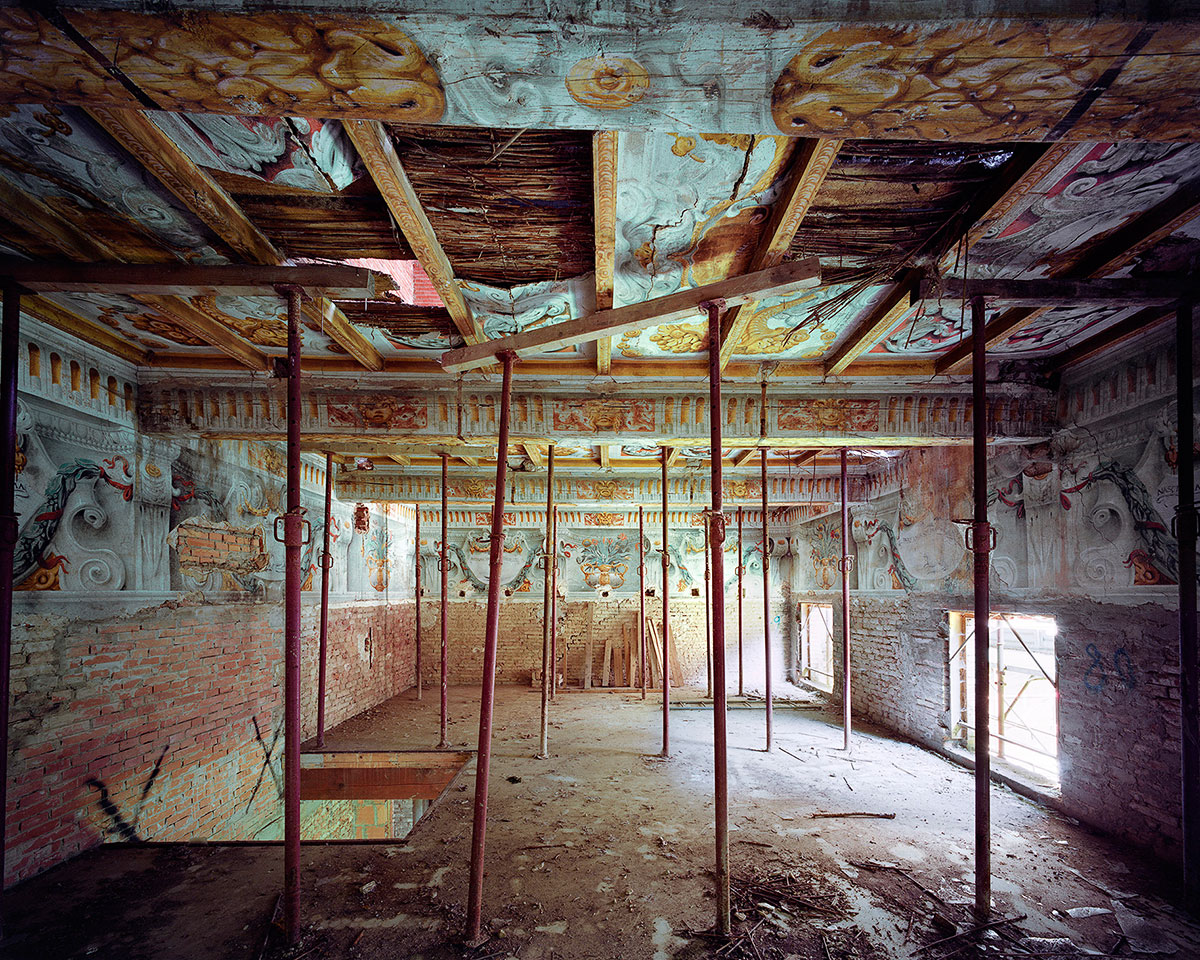 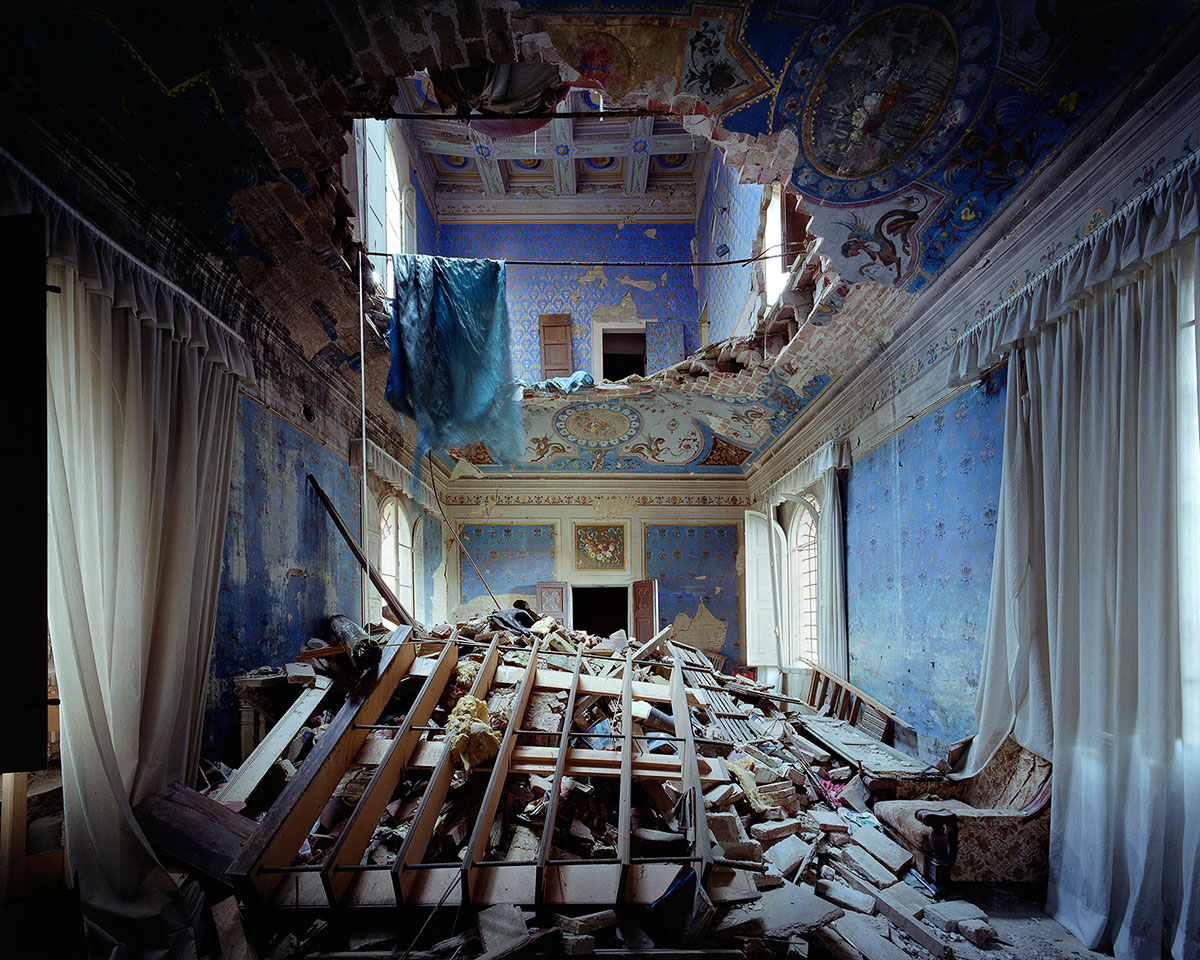 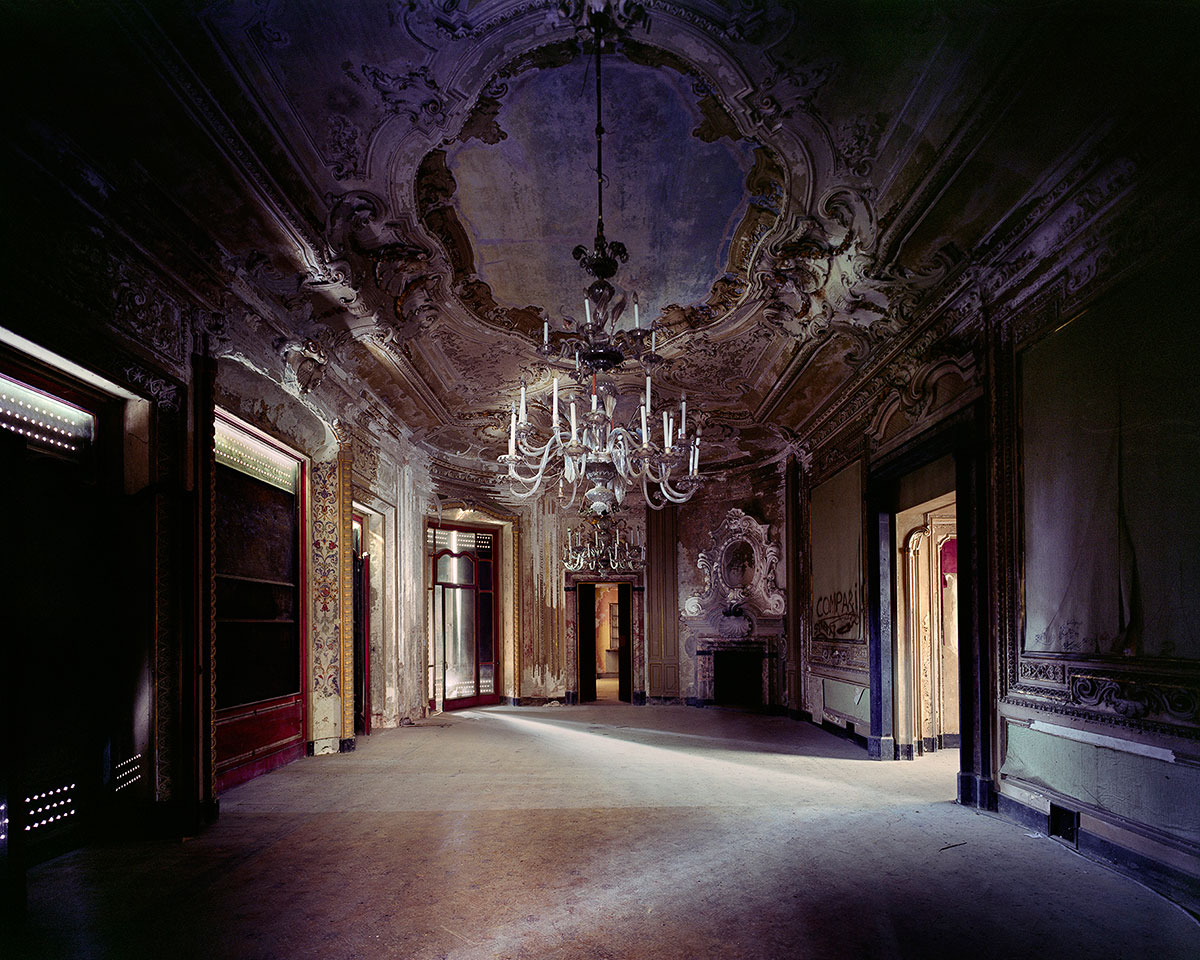 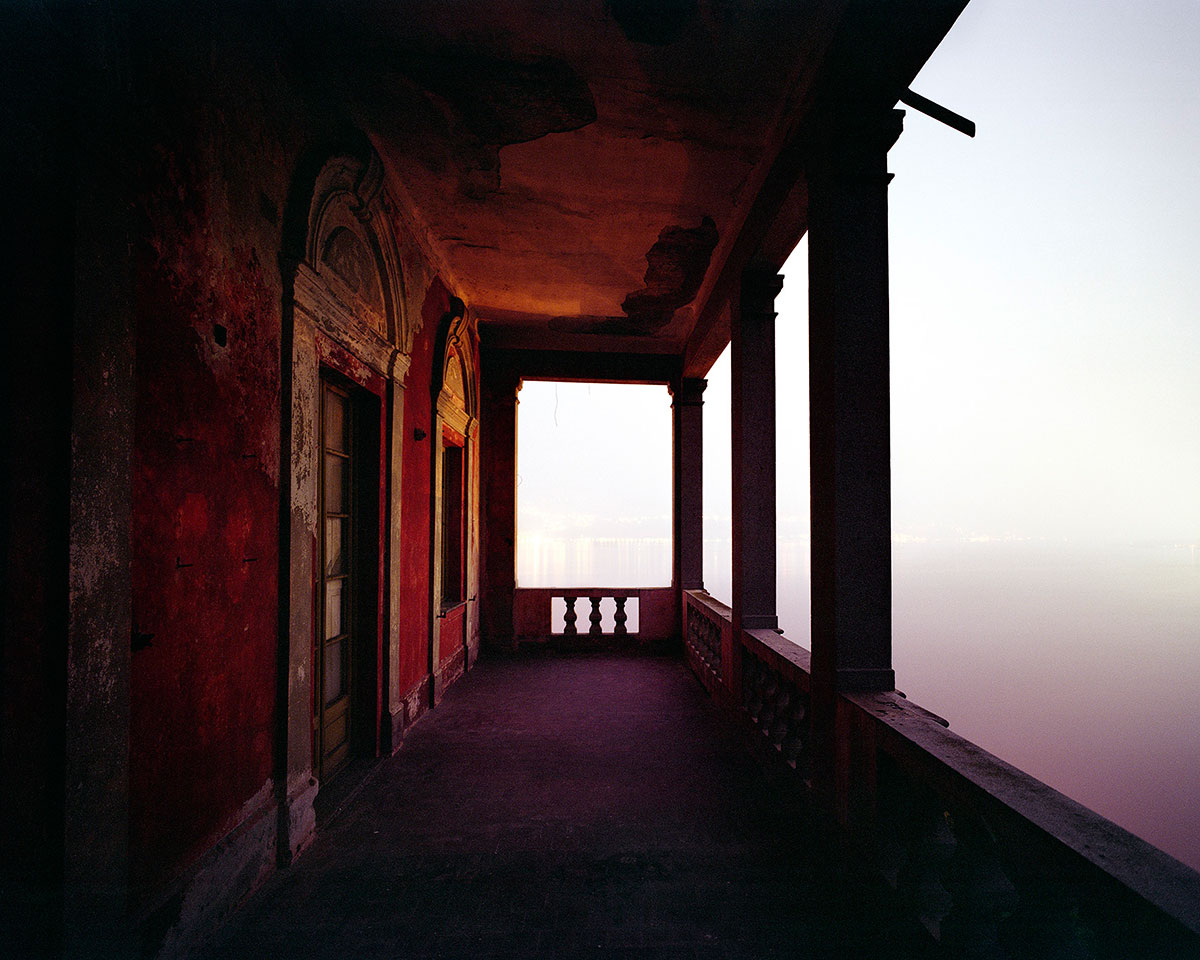 My Modern Met granted permission to use photos by Thomas Jorion.

Photographer Travels Europe to Document the Beauty of Abandoned Buildings

Impressed by the decadence? Share
Like My Modern Met on Facebook
Get Our Weekly Newsletter
Become a
My Modern Met Member
As a member, you'll join us in our effort to support the arts.
Become a Member
Explore member benefits