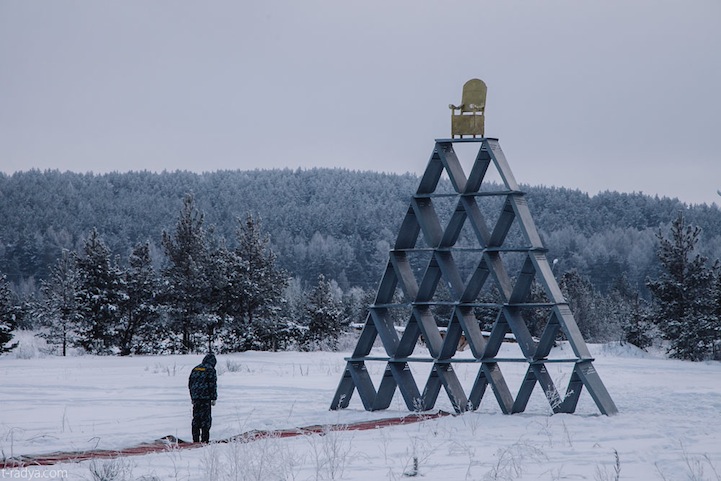 Figure #1: Stability is an installation by Russian artist Timofey Radya that takes a satirical look at reigning power and its truly fragile state. Half sculptural installation and half performance piece, Radya's project is as much about the completion as it is the process. His team of “officers” complete the construction of this convoluted house of cards by first rolling out a regal red carpet and topping the towering structure with a golden throne.

Every piece of Radya's installation has significant subtext. Every bit is carefully plotted, from the 55 riot shields posing as cards to the imagery of cards themselves. The stack of cards allude to the royal kings and queens typically found in a deck of cards. In Alice in Wonderland, the cards served as soldiers to the Queen of Hearts, much like the shields in this piece that are customarily used by officers. It is the artist's way of criticizing those in control.

The idea to set the installation out in the wintery, snowy expanse of the Russian countryside is also a deliberate choice. As seen in the video below, it does not take long for the snow and wind to intervene. Nature has a way of dethroning any fabricated sense of power. 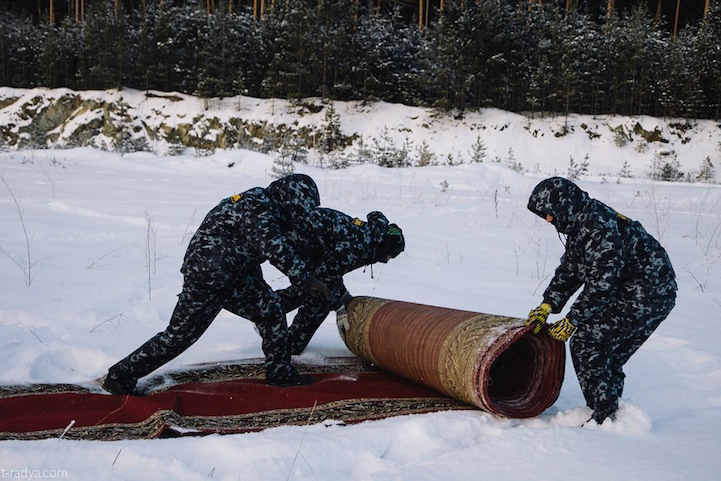 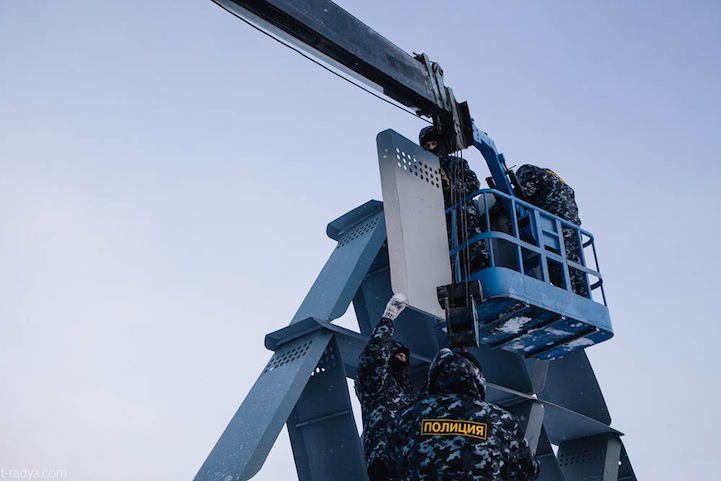 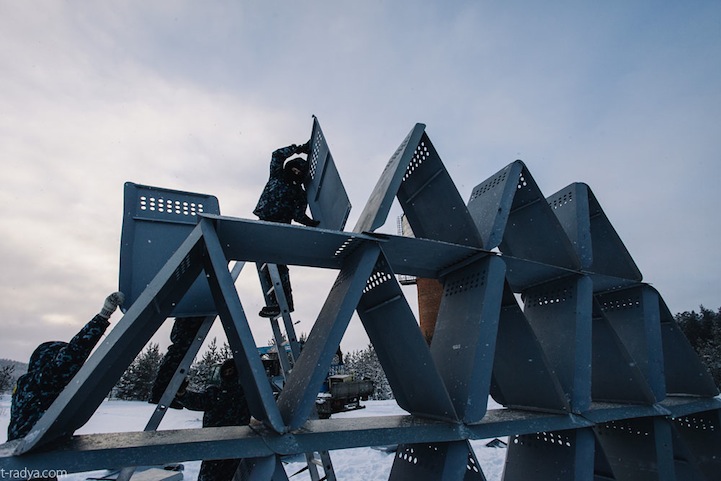 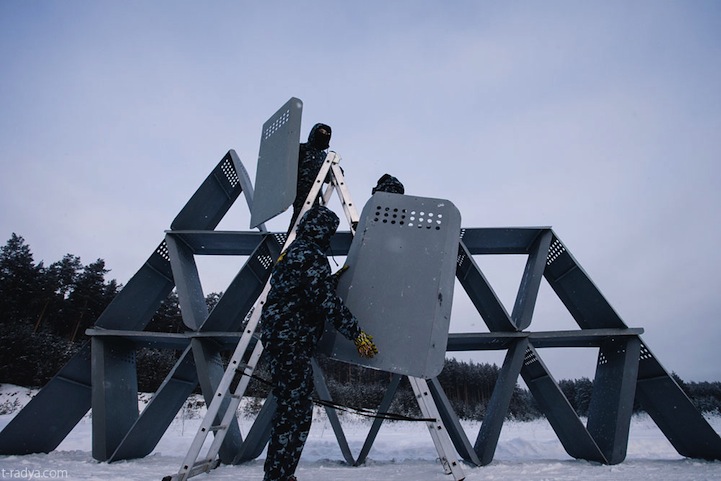