By Kristine Mitchell on February 9, 2016 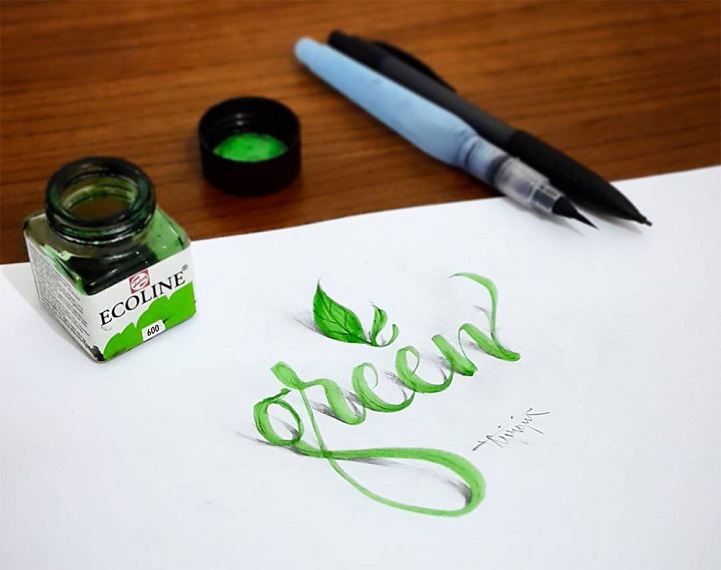 Istanbul-based artist Tolga Girgin creates beautifully scripted calligraphy that seems to leap off the page. An ancient art form that remains relevant today, calligraphy has continued to evolve to suit modern needs. It is emerging more and more as a popular trend for the artistically inclined and those that enjoy creating hand-lettering as a peaceful pastime.

Through his use of clever shading and playful colours, Girgin puts his own unique twist on the craft, producing graceful illustrations that grab one's attention, forcing viewers to do a double-take.Using perspective variation through carefully rendered shading, Girgin's words seem to hover above his sketchbook, stand upright against adjacent sheets, and weave through alternating rows of lined paper.

Both an electrical engineer and graphic designer, he was encouraged by his wife to start calligraphy, because she appreciated his handwriting and wanted him to share his talent, which takes a different amount of time to produce, depending on its complexity. In an interview with Calligraphy Masters, Girgin explains, “A short word is very easy for me, about 20 minutes. But if I want to do it on two pieces of paper, or a sentence, I have to make some calculations, so it takes up to 2 or 3 hours sometimes.”

Making use of everything from Pilot parallel pens and steel nibs to brush pens and pencils, Girgin transforms blank sheets of paper into multidimensional illustrations, modifying the ancient craft with his unique, modern style. 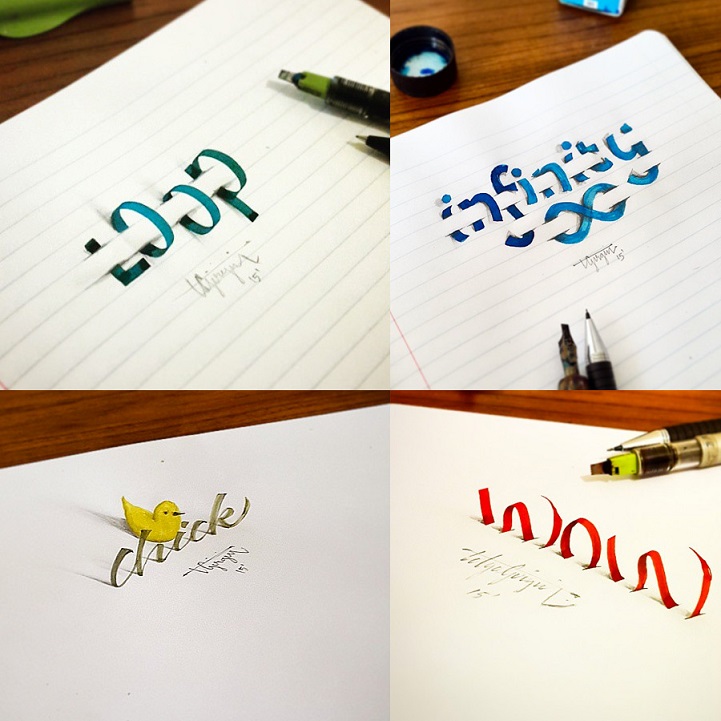 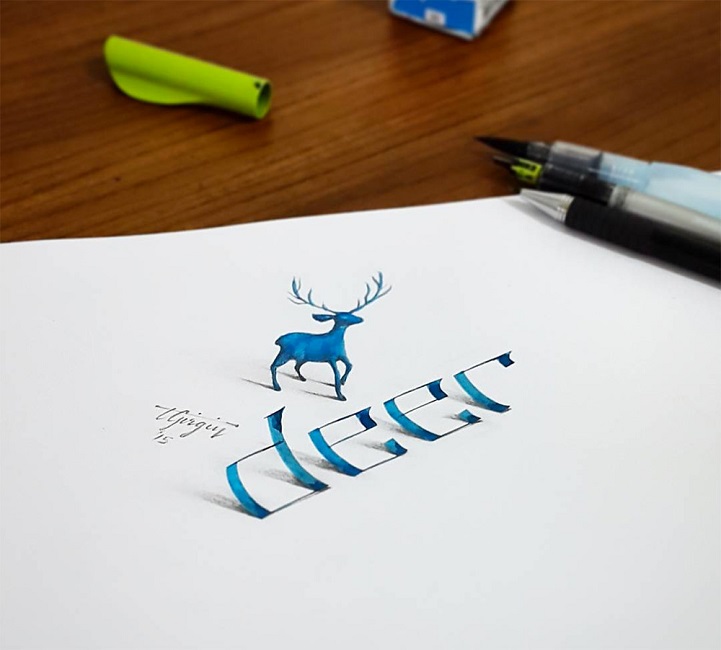 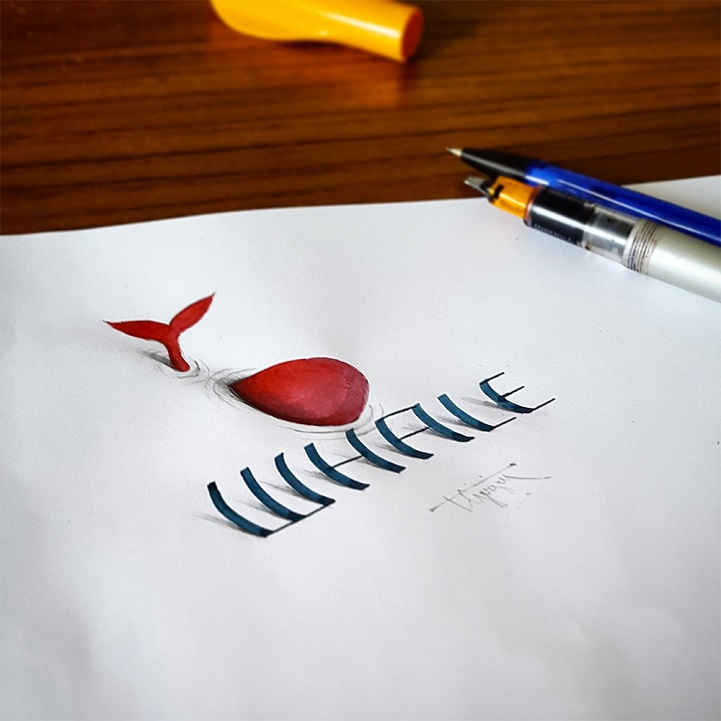 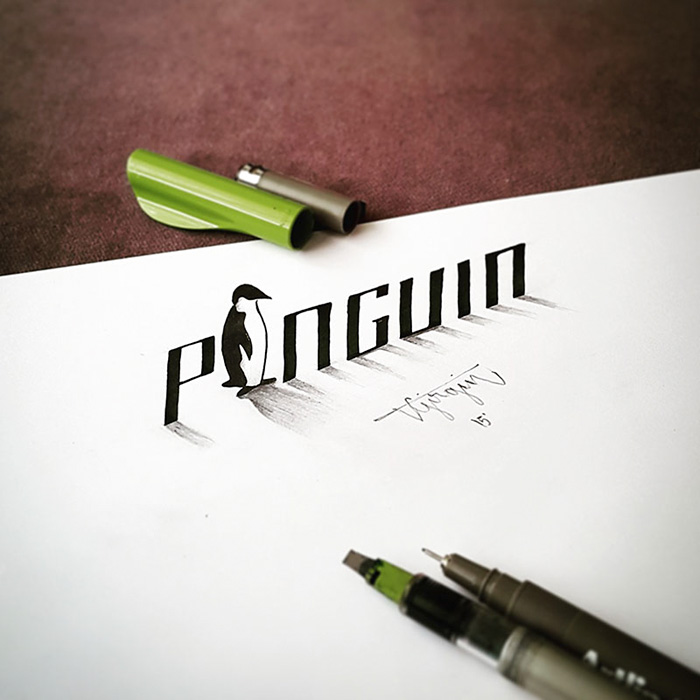 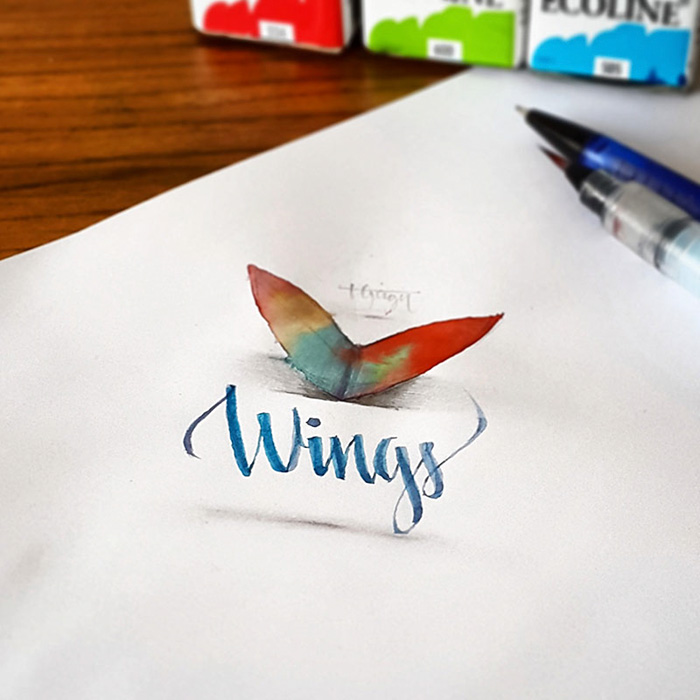 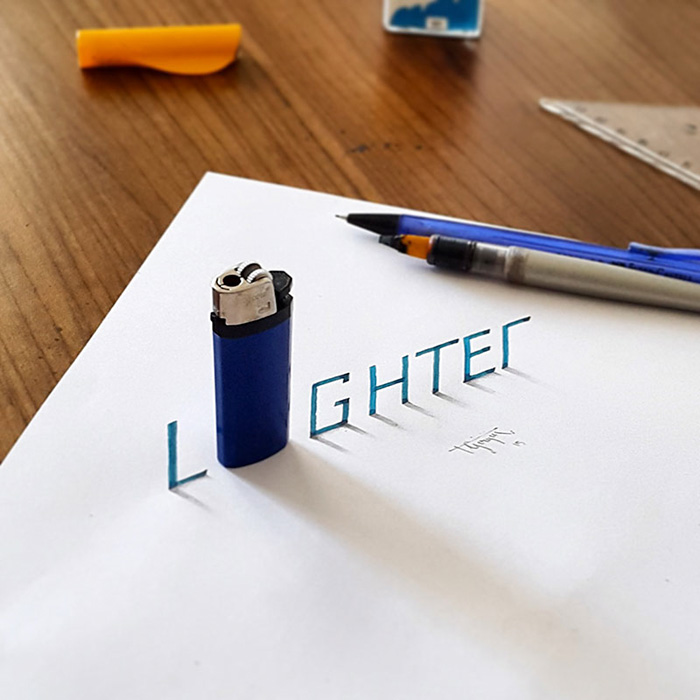 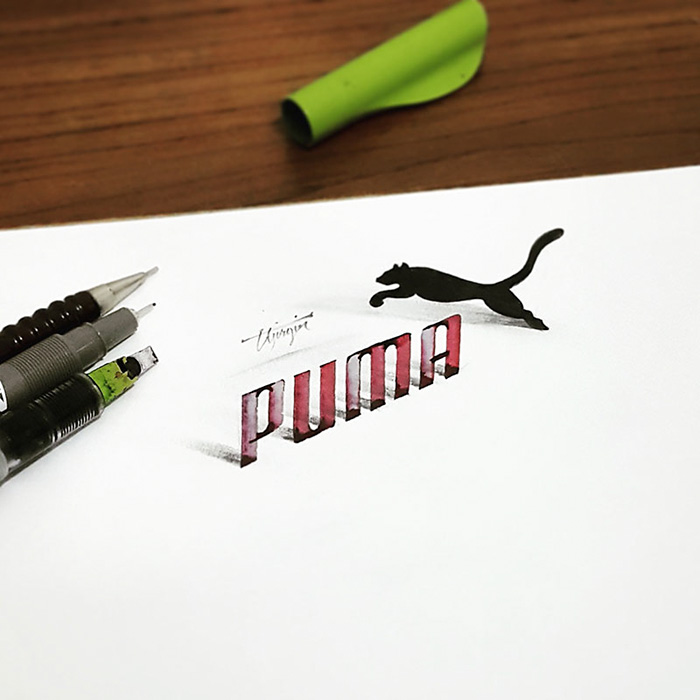 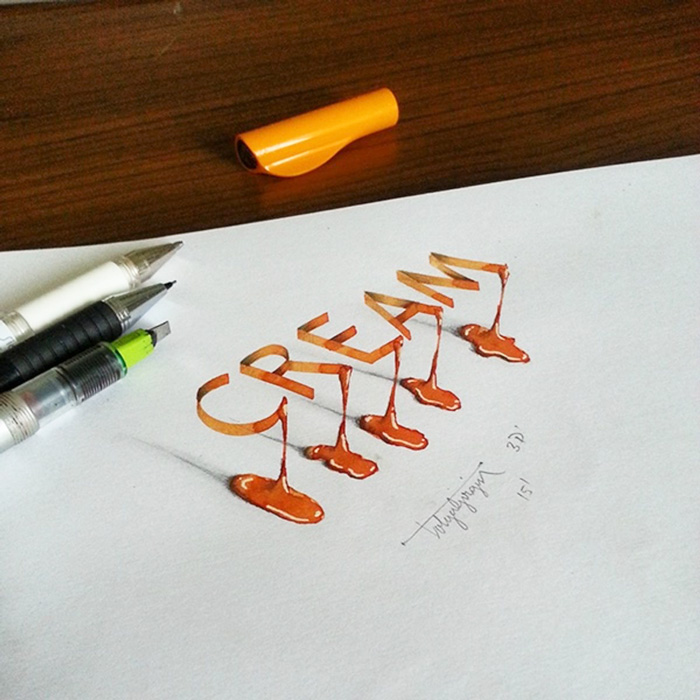 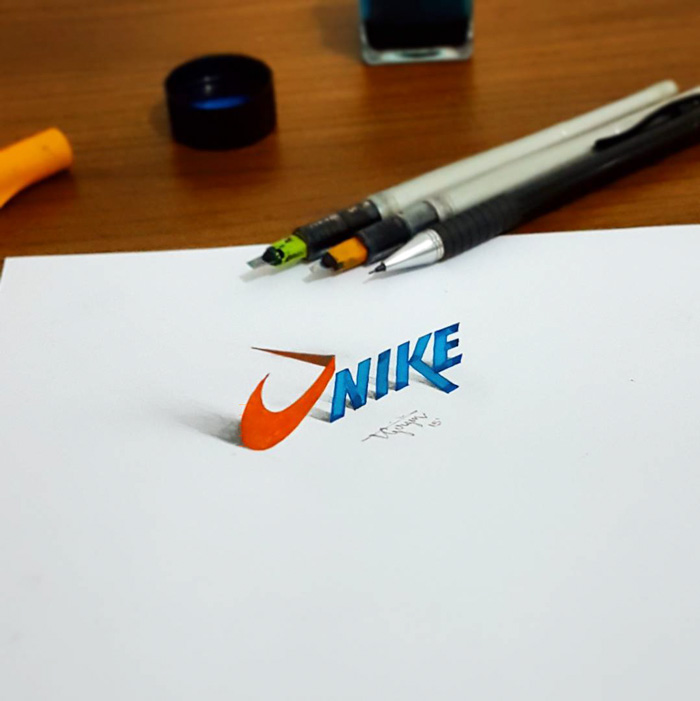 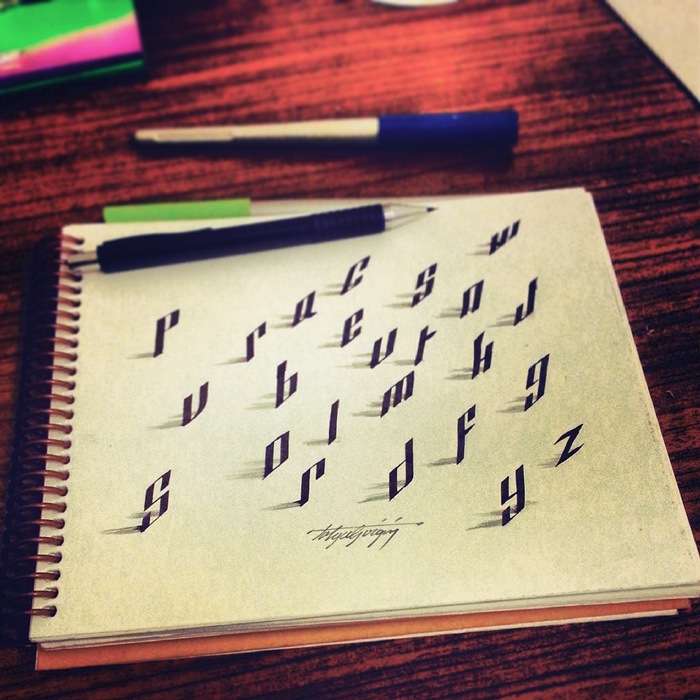 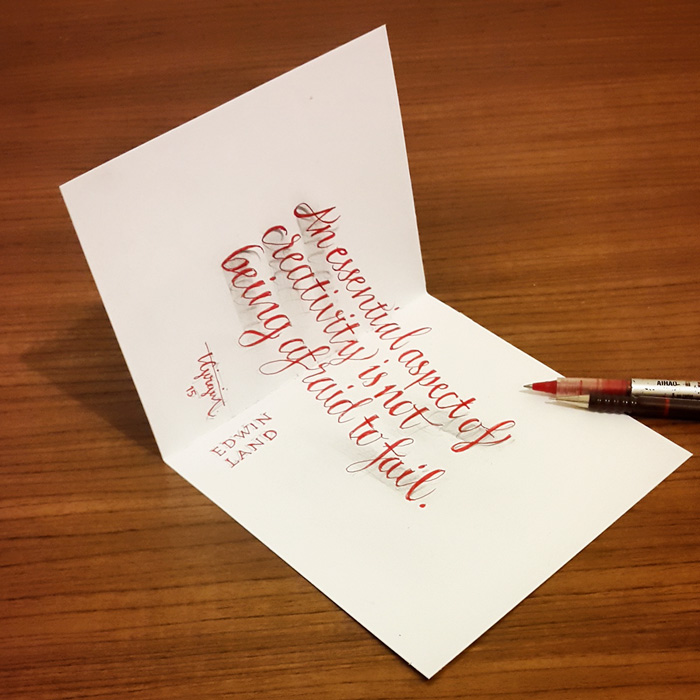