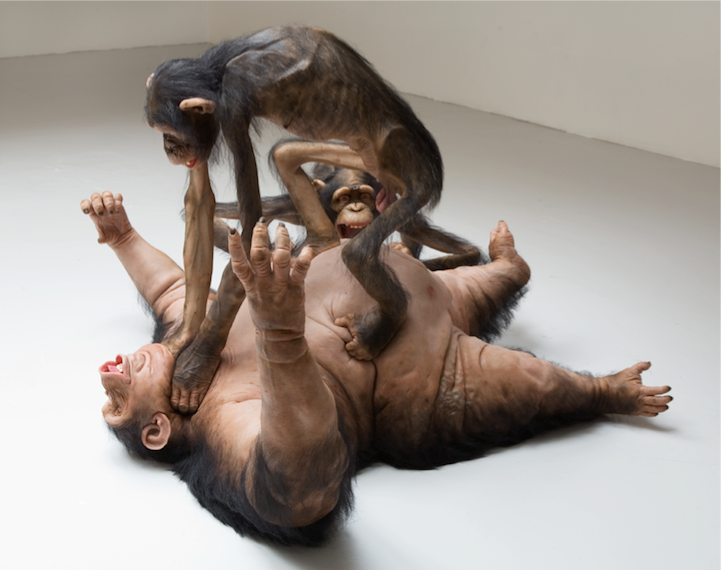 Chicago-born, New York-based artist Tony Matelli captures the ugly, hairy scene of a violent monkey fight in his hyperrealistic sculpture titled Old Enemy, New Victim. Made of steel, fiberglass, silicone, paint, and actual yak hair, the lifelike installation presents three primates nearing the end of a vicious brawl. One glutinous ape can be seen lying on the ground as two scrawny chimpanzees wreak havoc upon him, one gripping his fleshy body and the other strangling him.

It is clearly a two-against-one scenario that makes the winners and losers, to follow shortly, very clear. The piece is all at once gruesome, grotesque, bizarre, impressive, and thought-provoking. Its realistic appearance heightens all of these immediate reactions, leading one to question its interpretative meaning. There is the inexplicable feeling that the primates represent humans and that their sizes play a deeper role in the overall theme. In fact, one could argue that the display appears to be a metaphoric representation of the poor overthrowing the rich. 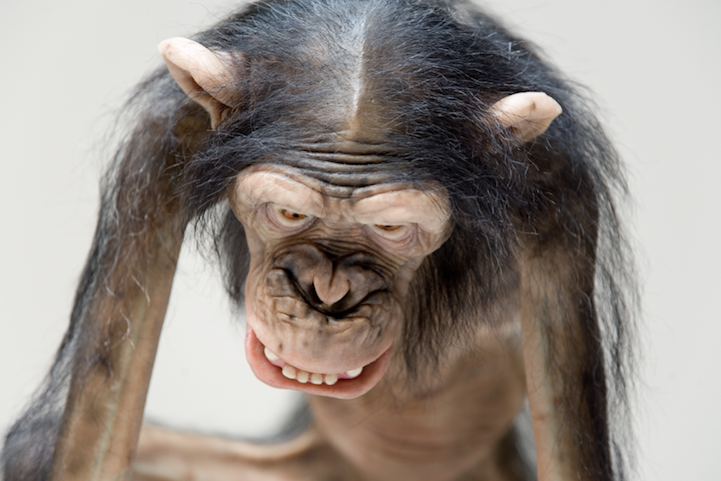 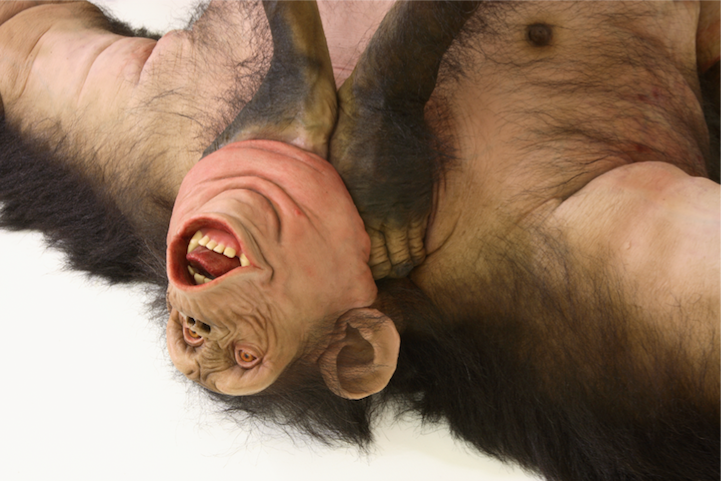 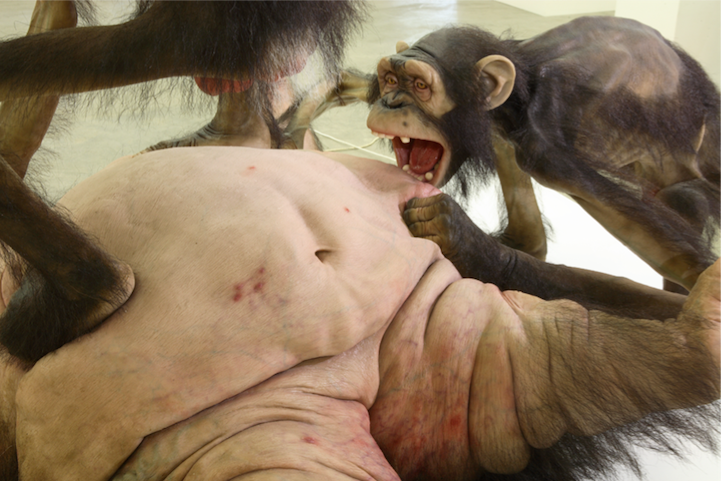 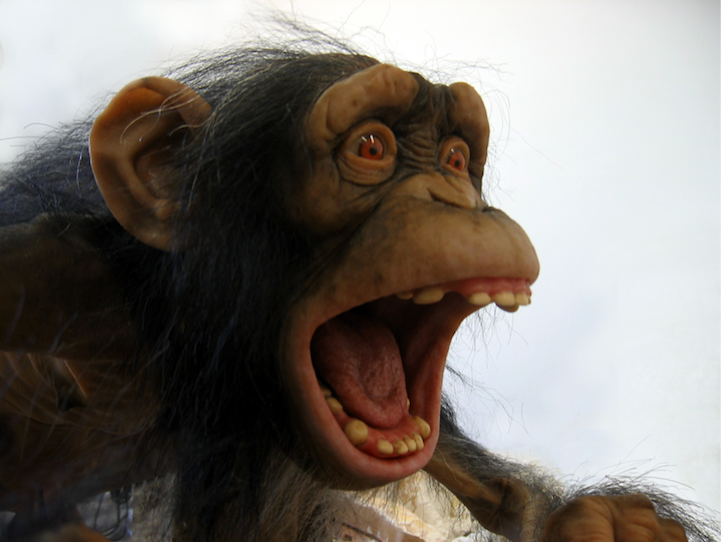