Travel+Leisure Names the World’s 500 Best Hotels. Who Makes the Cut? 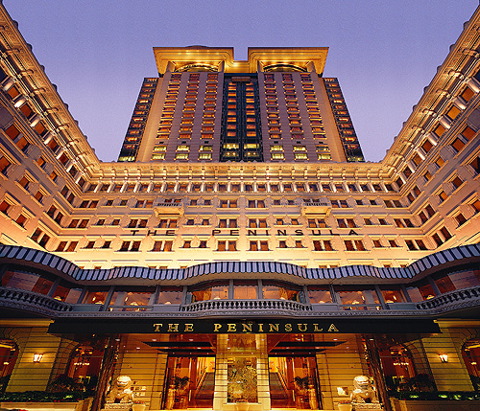 One of our favorite travel magazines, Travel+Leisure, releases their famed list of top 500 hotels in the world. The list, which appears in full in their January issue, doesn't have too many surprises – I mean really, how many Four Seasons can the list hold? Regardless, it's great to see some new guys, particularly our lovely little Viceroy in Santa Monica making the cut for the first time. A few interesting facts: 1. This year's Top 25 also include several high-end African safari camps, including the #1 spot that goes to Singita Sabi Sand at Kruger National Park Area, South Africa. Someone watching a little too much YouTube's Battle at Kruger ? 🙂 (Coming in at number 3 was the Fairmont Mara Safari Club in Masai Mara, Kenya. Kirawira Camp in Tanzania's Serengeti National Park, and Sabi Sabi Private Game Reserve, in Kruger National Park, followed up, respectively, at number 7 and number 8.) 2. More than 40 Four Seasons properties made the list, along with nearly 40 Ritz-Carltons, 22 Fairmont hotels, and 10 JW Marriotts. 3. Fifty hotels made their debut including the Inkaterra Machu Picchu in Peru, the Langham Hotel in London, the Turtle Bay Resort in Oahu, Hawaii, The James in Chicago, Jurys in Boston, the Hyatt Regency Tamaya Resort & Spa in New Mexico, the Market Pavillion Hotel in Charleston, S.C., the Hotel Vintage Park in Seattle, the Snake River Lodge & Spa in Jackson Hole, Wyo., the King George Palace in Athens, the Grand Hotel Baglioni in Bologna, Italy, the Hotel Pulitzer in Amsterdam, the China World Hotel in Beijing, the Fairmont Mayakoba in Riviera Maya, Mexico, the Elbow Beach in Bermuda, the Sebel Reef House & Spa in Palm Cove on the Great Barrier Reef in Australia, and the Treetops Lodge & Wilderness Experience, Rotorua, New Zealand. For the complete list and guide, check out Travel+Leisure