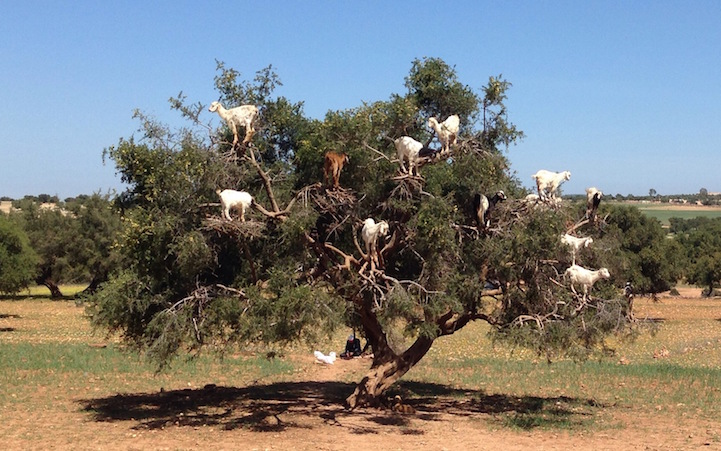 Did you know that in Morocco, goats climb trees? Farmers actually support and cultivate this bizarre agricultural technique and release their herds to climb and gorge on fruit. Note that these are not just any trees, though. These are the much sought-after but rare Argania trees, which are thankfully now protected after years of over-farming and clear-cutting. While the tree itself is a thick, gnarly mess of branches and thorns, it annually produces a semi-sweet pulpy fruit that surrounds a hard nut. Only after the fruit is fully mature are the goats let loose to feast. One of the greatest benefits of the goats' climbing habits is found in their droppings. The eaten fruit and nuts are processed and converted into seeds, traditionally used by locals to create Argan Oil, which is now exported around the world as a cult beauty product. Today, products such as Josie Maran 100% Argan Oil do not contain goat excrement. According to Slate, the oil is now produced by women’s cooperatives in southwest Morocco, who gather the fruit straight from the trees, and grind the seeds inside of the nuts.

For many world wanderers, the gravity-defying goats have become a fantastical subject for photos, as they push the boundaries of what we thought was possible in the animal kingdom. The amazing snapshots might even tempt you to climb that tree in your backyard again, just like you did when you were younger. If a goat can do it, so can you! 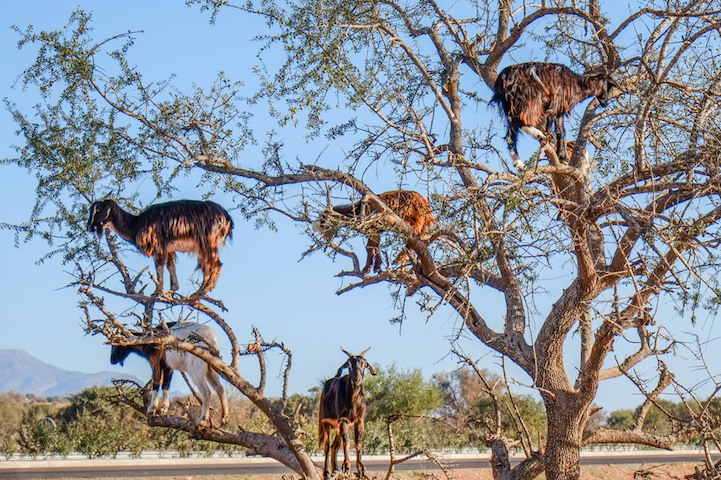 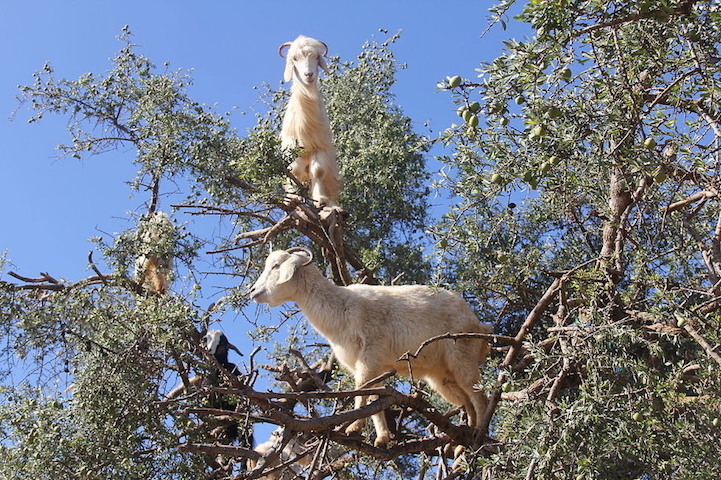 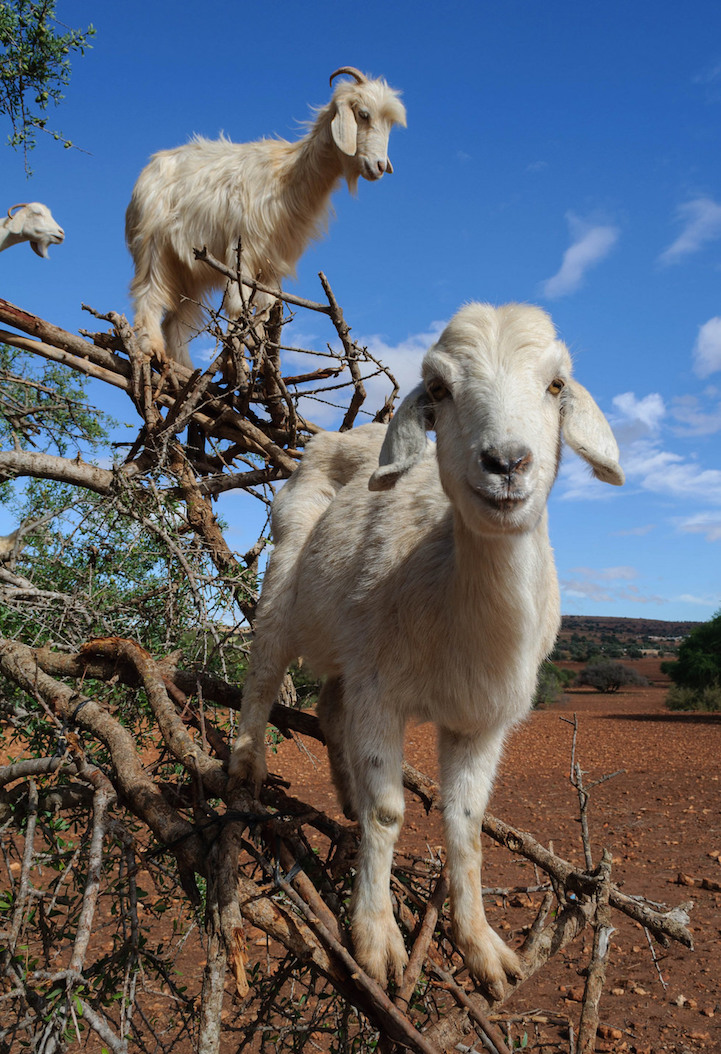 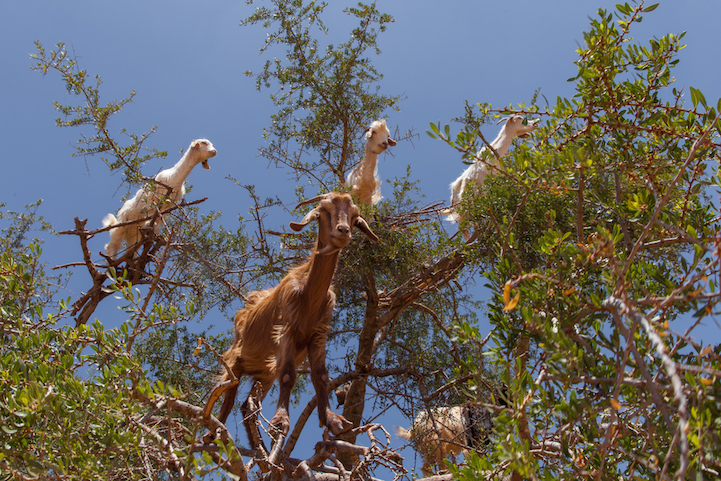 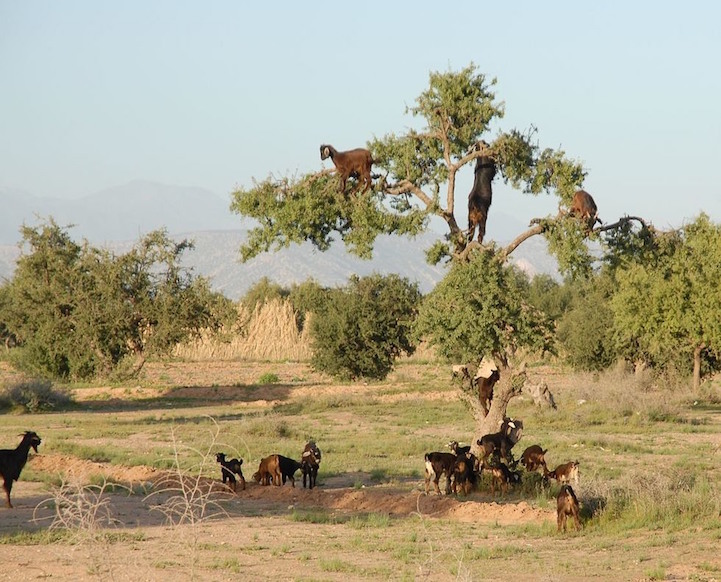 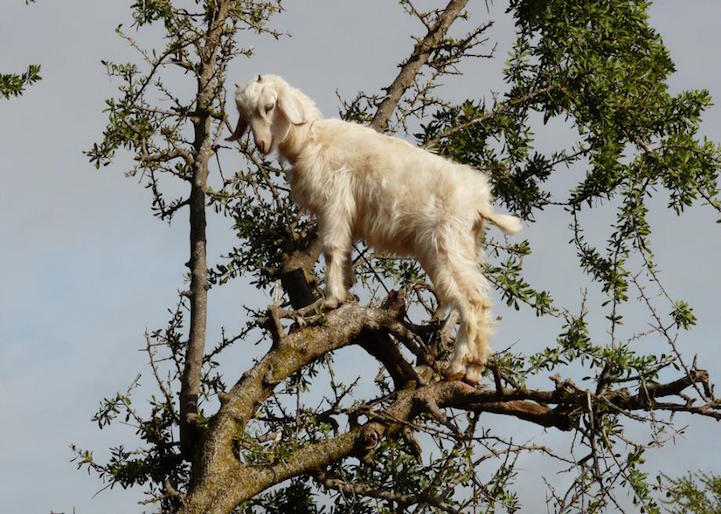 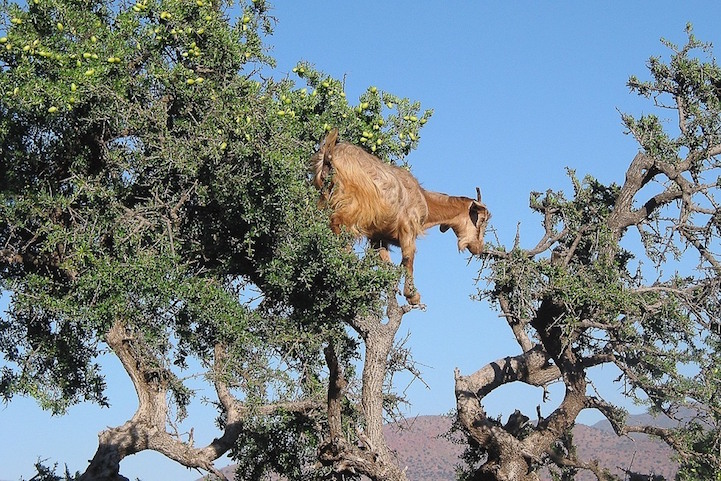 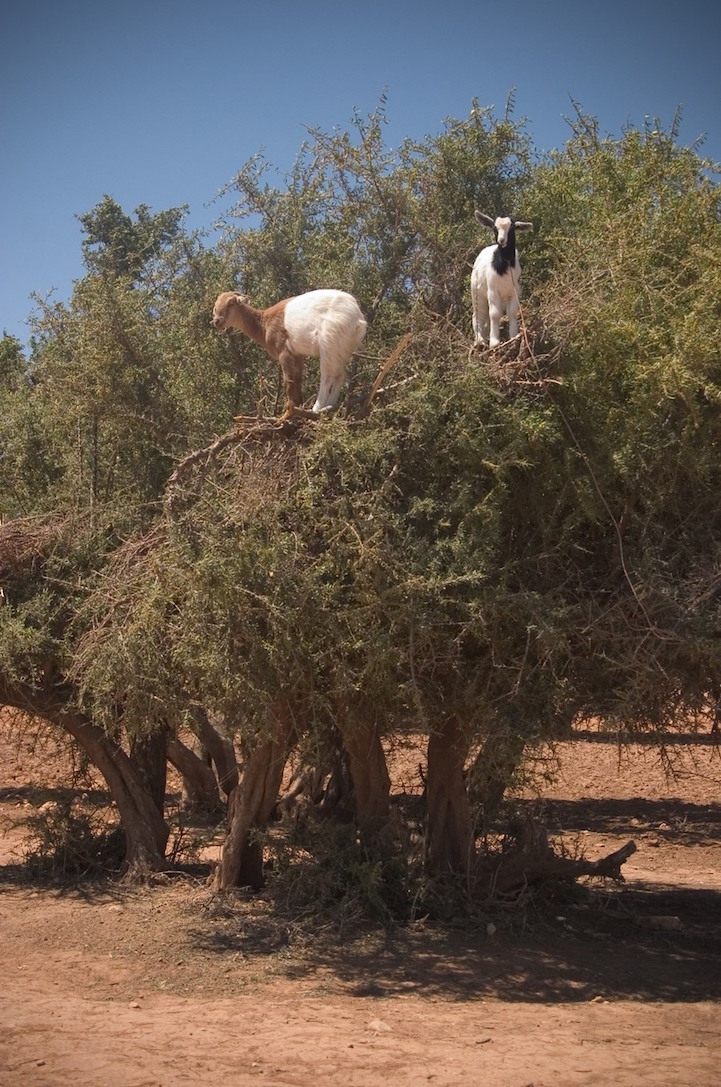 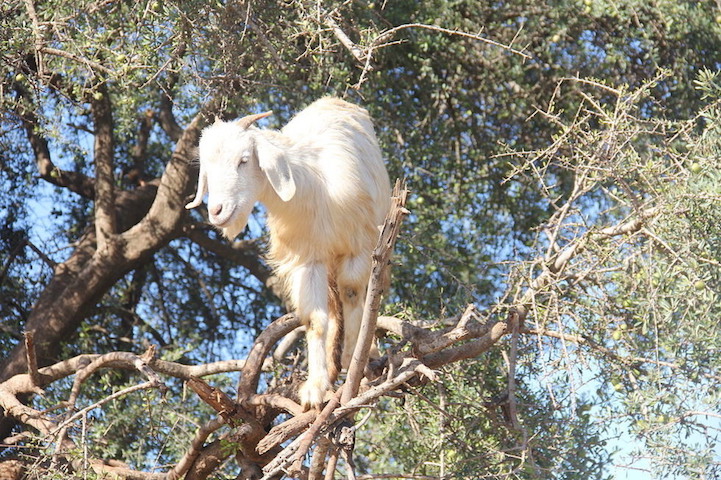 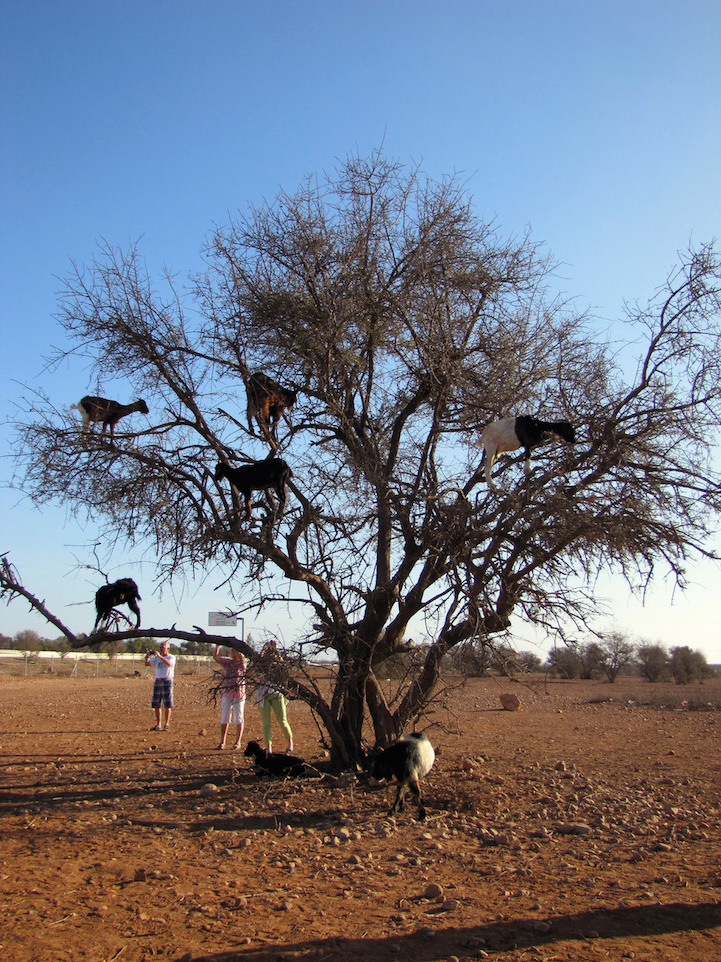