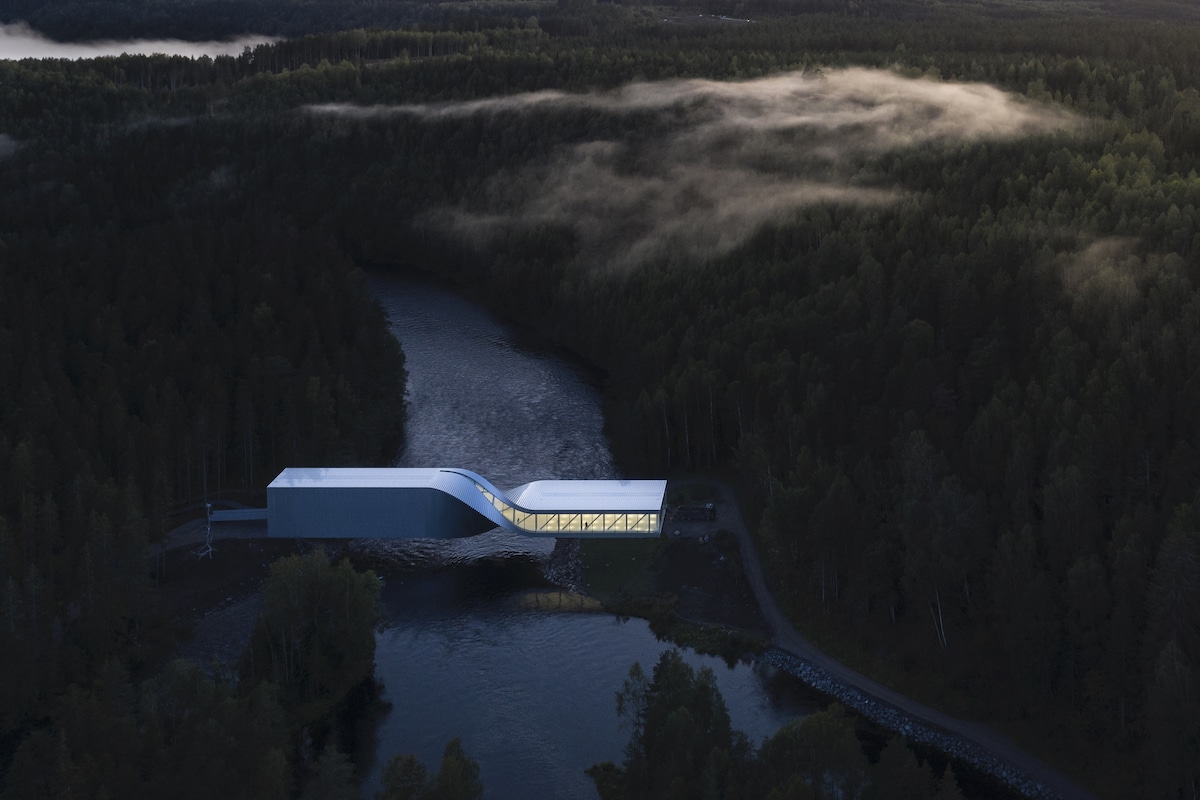 Architecture firm BIG has made an impressive entry into Norway with their first project in the country—a twisting bridge that crosses the Randselva river. By functioning as a museum, a bridge, and a piece of art, Bjarke Ingels' studio has created a stunning showpiece called The Twist. Located within the Kistefos Sculpture Park in Jevnaker, Norway, the modern bridge creates a circular loop for visitors to the park and also serves as a new contemporary art space.

BIG first won an international competition to create the bridge in 2015. The 1,000-square-meter (10,764-square-foot) aluminum-clad bridge connects the two river banks, with its twisted form allowing it to move from a lower to a higher elevation with ease. In fact, this uneven elevation between the two sides of the river created the problem that then transformed into the ingenious design known as The Twist.

This contemporary bridge is just the latest art piece to appear at the Kistefos Museum and Sculpture Park, which was founded in 1996 by businessman Christen Sveaas on the site of his family's former wood pulp business. Anish Kapoor, Olafur Eliasson, and Fernando Botero all have work in the sculpture park and the complex also features exhibition galleries and an industrial museum. The addition of The Twist increases accessibility and will also allow for even more exhibitions within the museum. 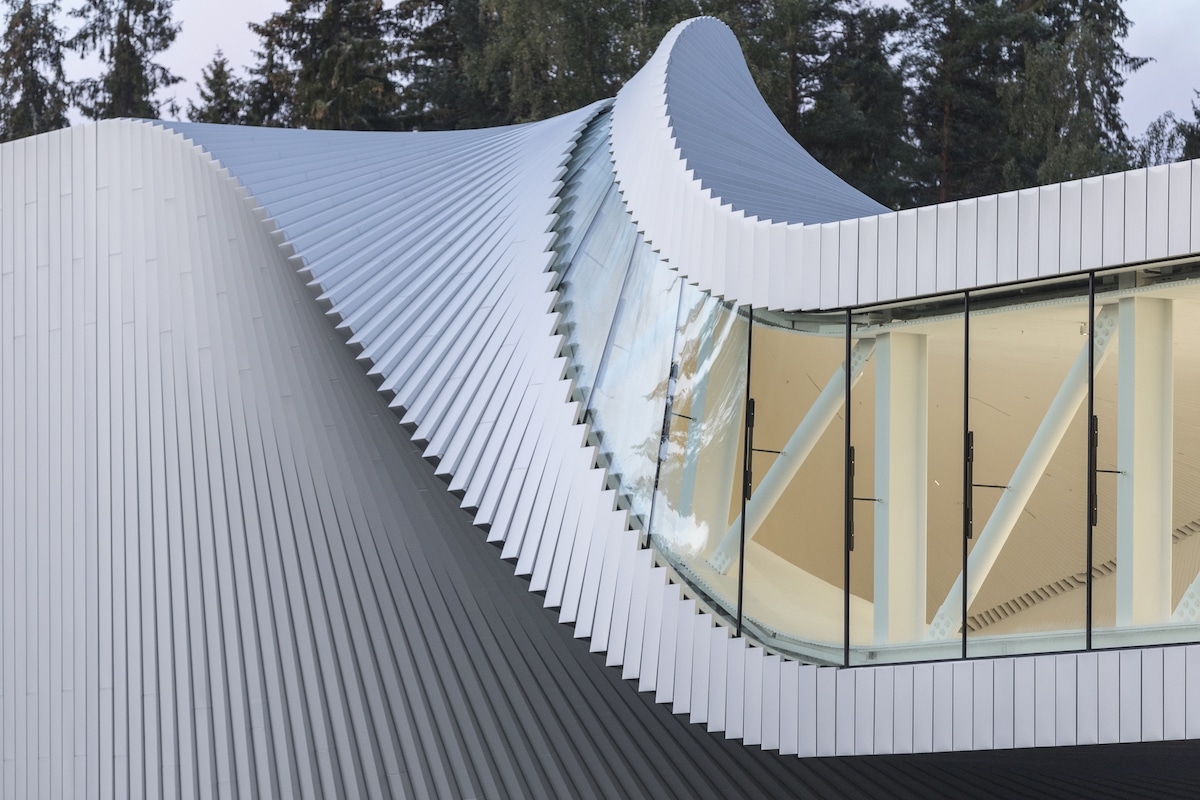 The delicate twisting form is surprisingly comprised of completely straight lines, with the raw aluminum strips placed in a staggered fashion to create the illusion of a curve. The exterior twist also has an impressive effect on the interior, where it creates a petal-like form mid-way through the visitor's journey across the space. In doing so it provides an effective transition from the windowless space accessed from the main entry into the light-filled north side of the building. Fitted with floor-to-ceiling glazed windows, this side provides previously unattainable views over the river and old pulp mill.

“[The twist] connects an introverted vertical gallery to this extroverted panoramic room, where you have spectacular views of the river and the mill. The darkness to the lightness. The art and the nature,” Ingels explains. “It felt like it was so conceptually clear that where the two things meet, the twist happened. The twist is this blatant translation from one end to the other. It makes this sort of third room.”

The Twist is already functional. Currently, the Hodgkin and Creed – Inside Out exhibition is on view until November 17, 2019.

BIG has created a contemporary bridge called The Twist in Norway. 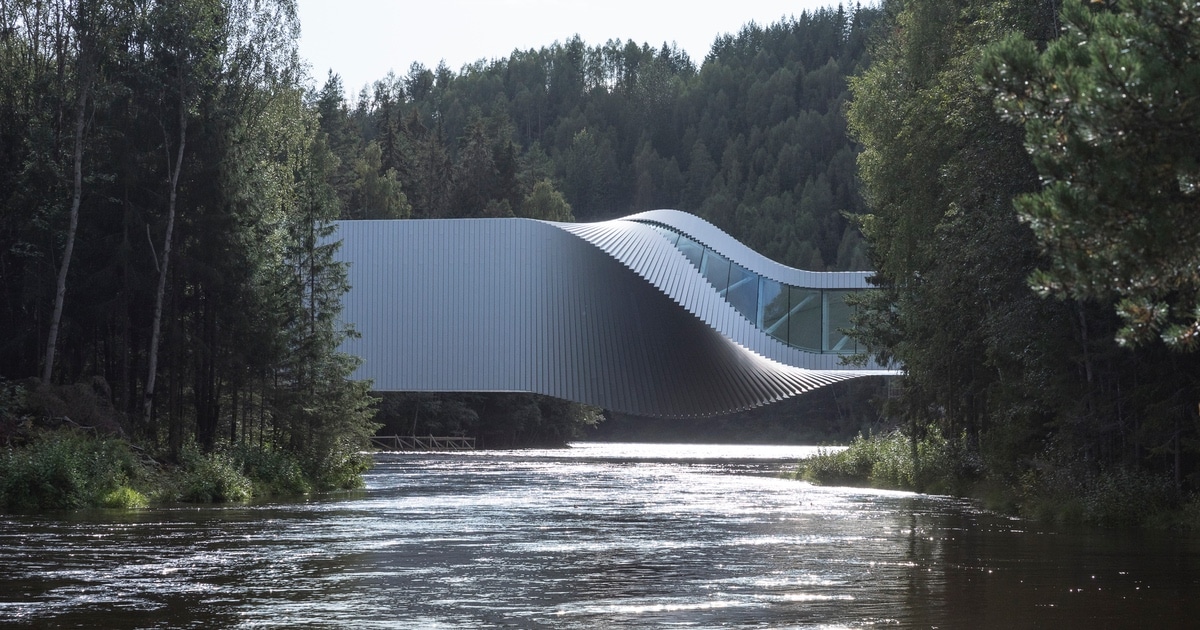 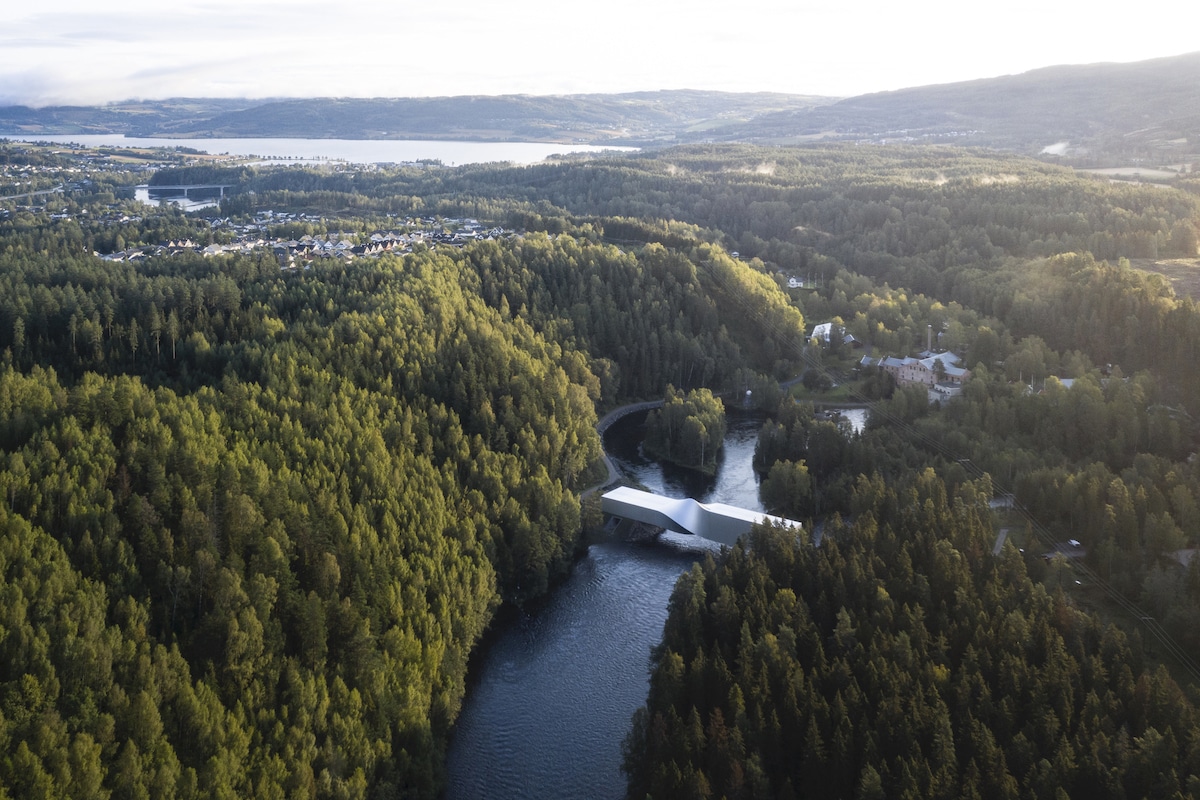 Located at Kistefos Sculpture Park, it functions as a museum, sculpture, and bridge. 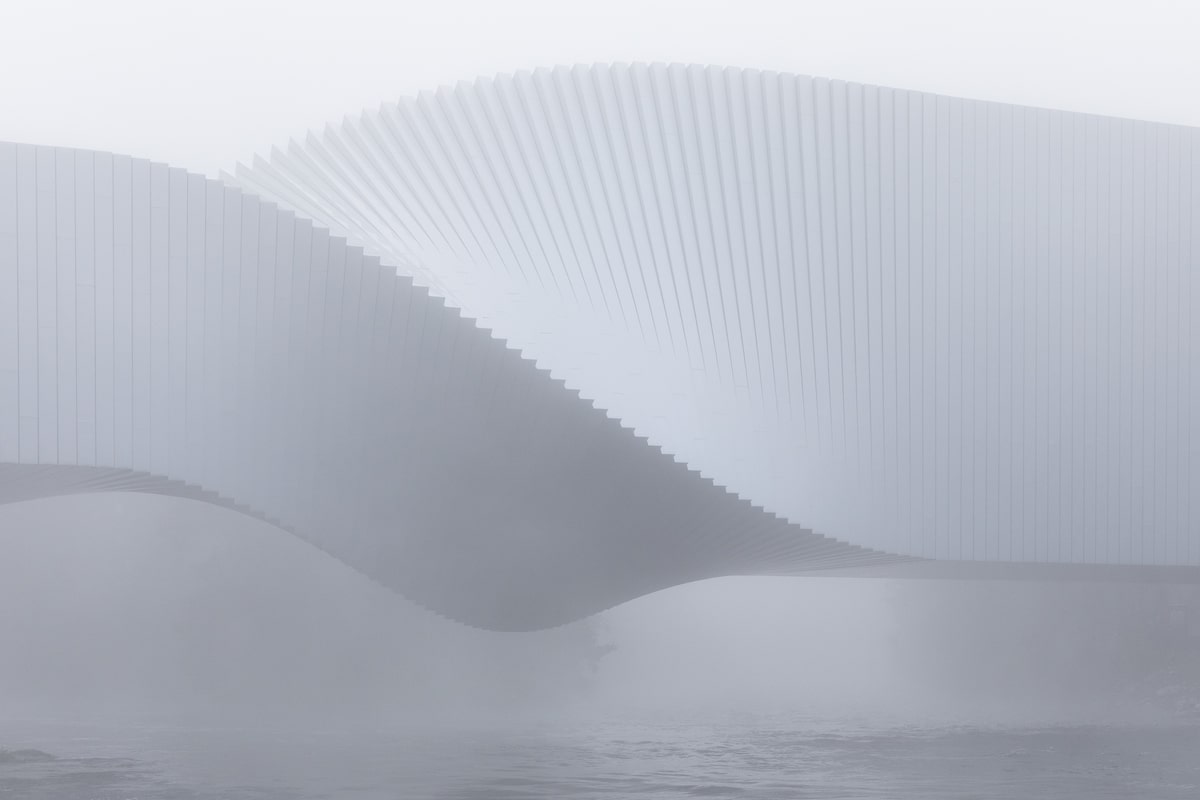 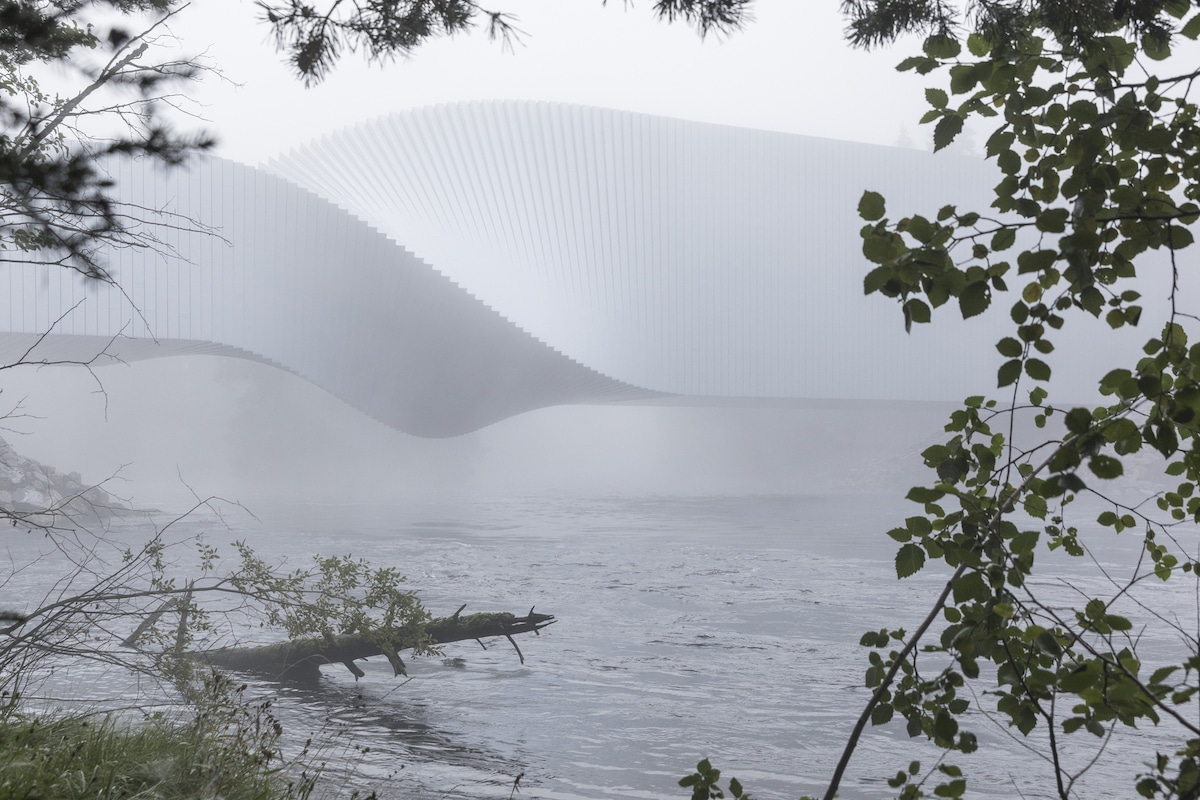 The bridge's design cleverly accounts for the uneven elevations between the river banks. 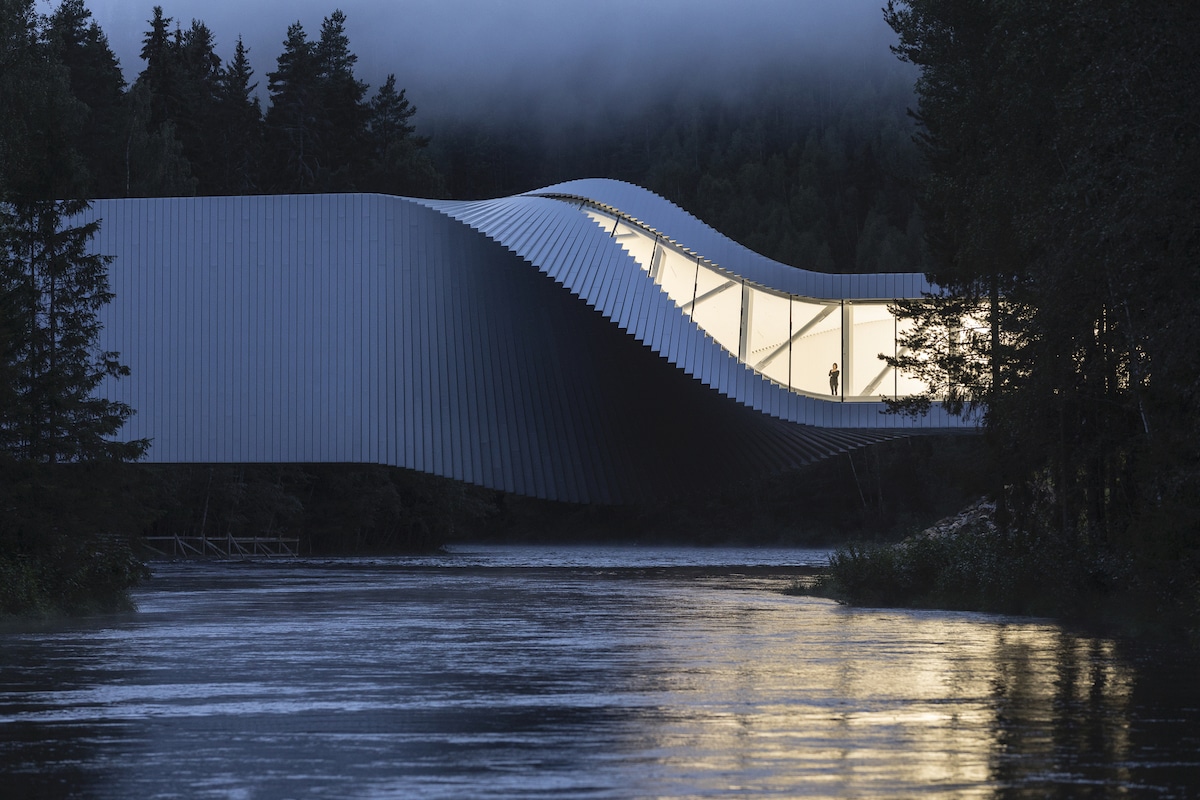 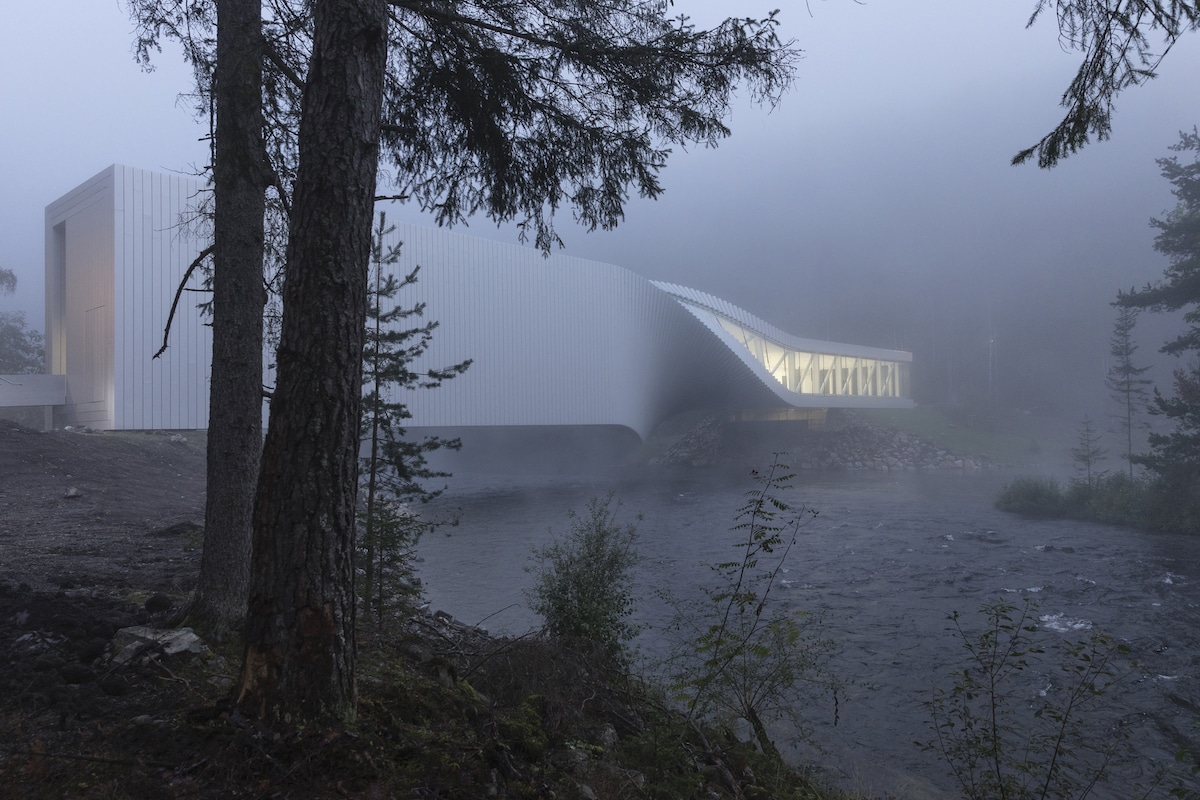 The interior is clad with white slats of Douglas Fir to create a light, airy atmosphere. 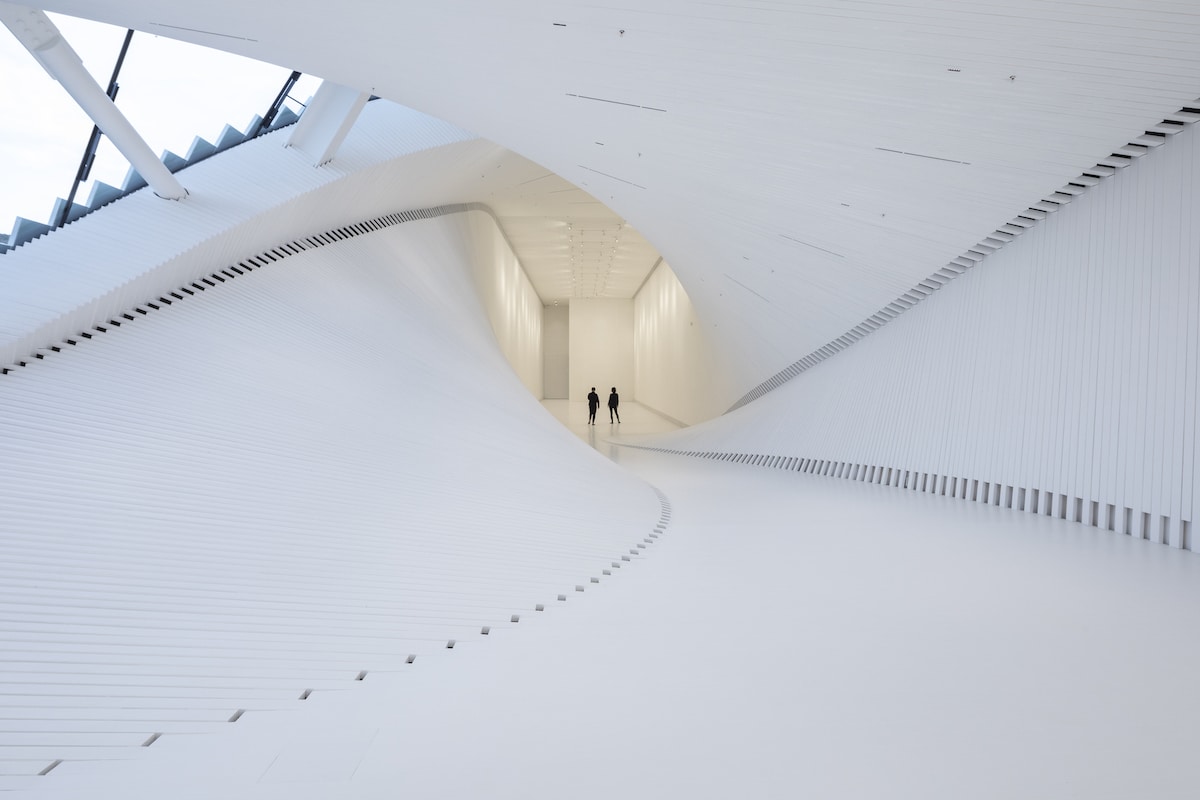 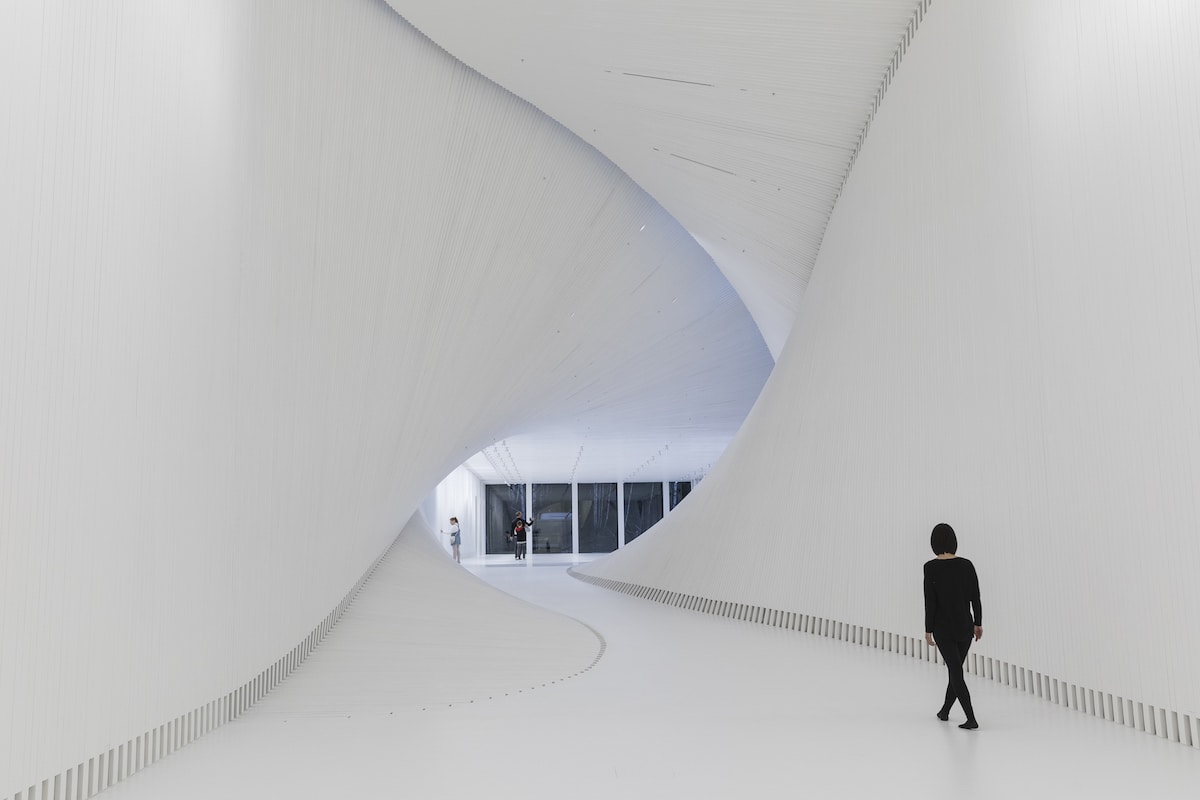 The north side of the building has spectacular views over the river and old pulp mill. 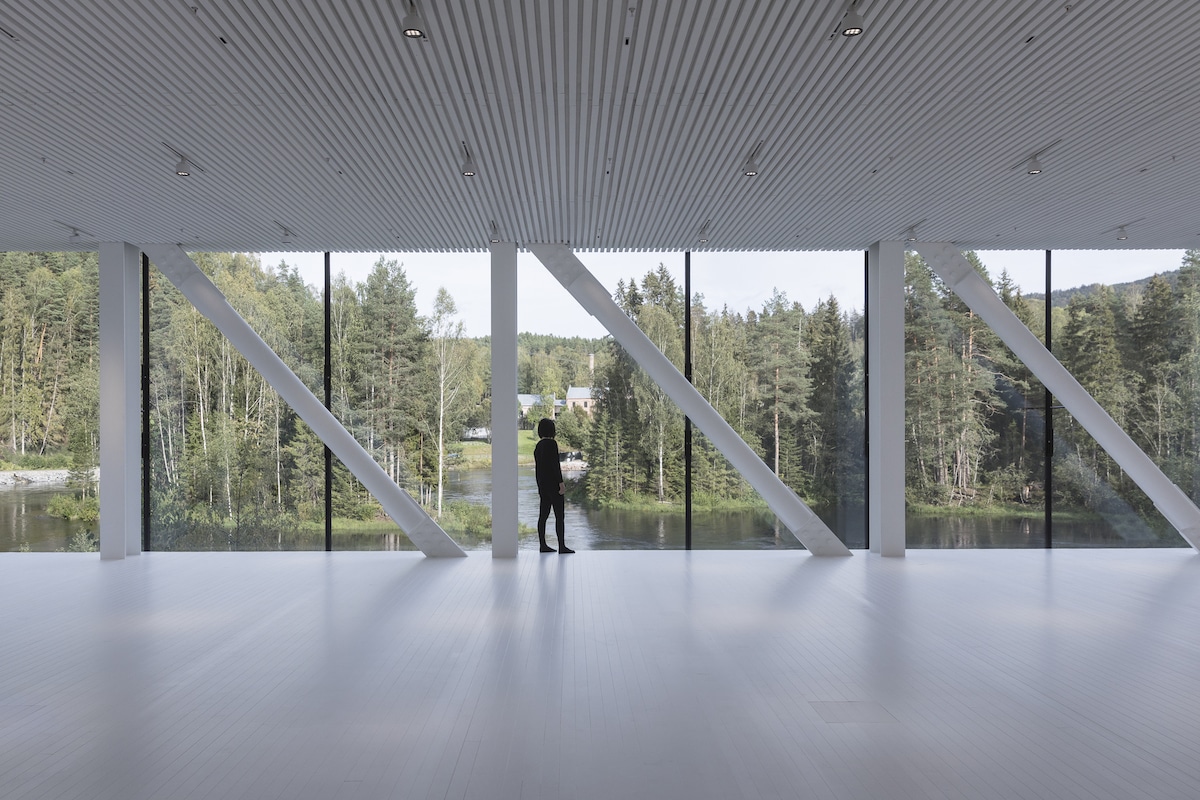 All images via Laurian Ghinitoiu.

In love with the design? Share
Like My Modern Met on Facebook
Get Our Weekly Newsletter
Become a
My Modern Met Member
As a member, you'll join us in our effort to support the arts.
Become a Member
Explore member benefits