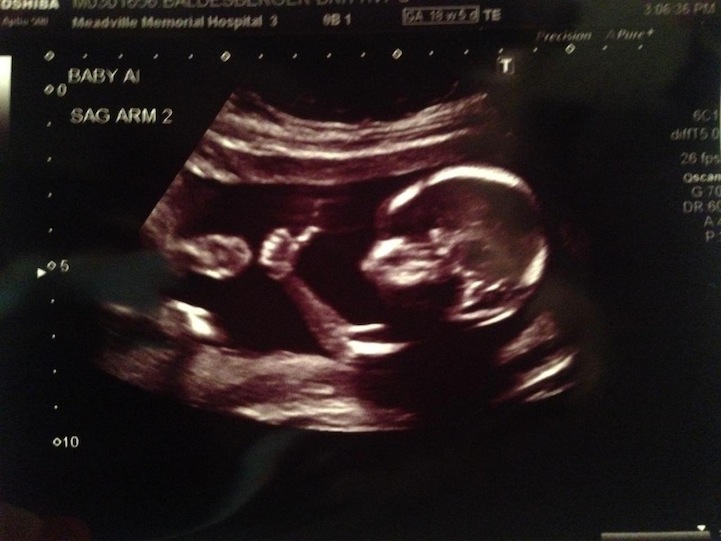 Reddit user meancloth recently saw the image of his wife's latest ultrasound, which would no doubt be a touching sight for any parent-to-be. But, one small thing made it even better. Their baby boy was giving a thumbs up! You can clearly see in the hilarious photo that he's saying that he “approves” of the ultrasound.

Since meancloth posted the picture on Reddit a mere few days ago, it's gotten a massive 2.25 million views. The unusual and amusing gesture makes the baby Internet-famous before he's even born. The little guy won't be alone, though. If you notice in the top left corner, it says “Baby A,” which means he's going to be a twin.