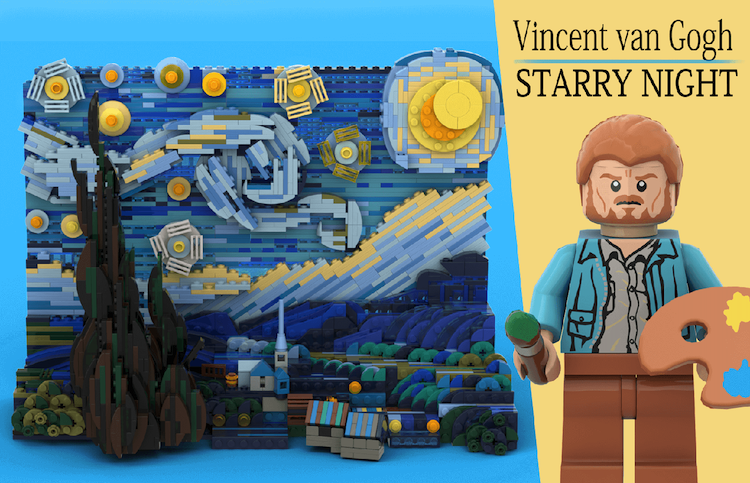 From a dinosaur fossil set to a huge Roman Colosseum model, LEGO sets have come a long way since the plastic brick houses of the ‘50s. Kids and adults alike can now build pretty much anything from LEGO pieces. And now, you can even recreate famous art thanks to a LEGO Ideas Club Member known as legotruman. They designed the Vincent van Gogh: The Starry Night set, allowing you to build the iconic painting in 3D.

Legotruman says, “As a LEGO fan and an admirer of the painter, I wish to recreate one of his most celebrated artwork in Lego form, and share this with all Lego fans and art lovers!” The idea gained over 10,000 votes, meaning the 1,552-piece set is now approved to go into production.

Van Gogh painted The Starry Night in 1889 during his stay at a mental health facility in the nearby Saint-Rémy-de-Provence. The famous painting depicts his view through his room’s “iron-barred window” just before sunrise. With it’s swirling sky, flame-shaped trees, and the addition of an imaginary village, the painterly scene expresses “the violence of his troubled psyche.” A year after Van Gogh painted The Starry Night—on July 27, 1890—the troubled artist shot himself in a wheat field. Two days later, he fell victim to his injuries.

For the three-dimensional LEGO version of The Starry Night, Van Gogh’s iconic brushstroke style is captured with short, thin bricks in multiple hues. The swirling sky can be built using an assortment of brick plates and curved parts, while the stylized moon and stars are depicted as circular pieces. Legotruman says, “My favorite part is the inclined plate stack on the right, capturing the angled brush strokes within the moon-lit cloud.” The set even features a Van Gogh mini figure with a paint brush, painting palette, an easel, and a miniature “Starry Night” painting. By placing the minifigure before the 3D scenery, it’s like watching the artist work on the painting in real time.

Check out The Starry Night LEGO set below and keep an eye on the LEGO website for its release.

LEGO is scheduled to release a new set based on Vincent van Gogh's Starry Night painting. 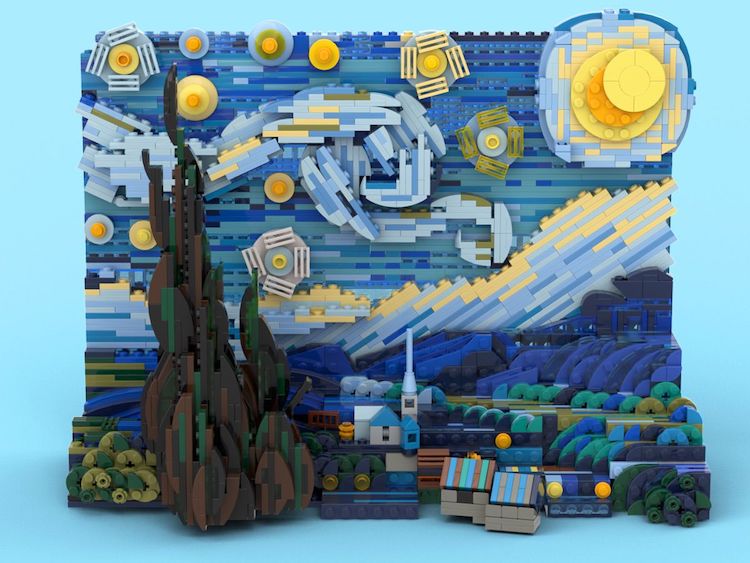 The 3D build captures the Dutch artist's swirling skies with an assortment of bricks plates and curved parts. 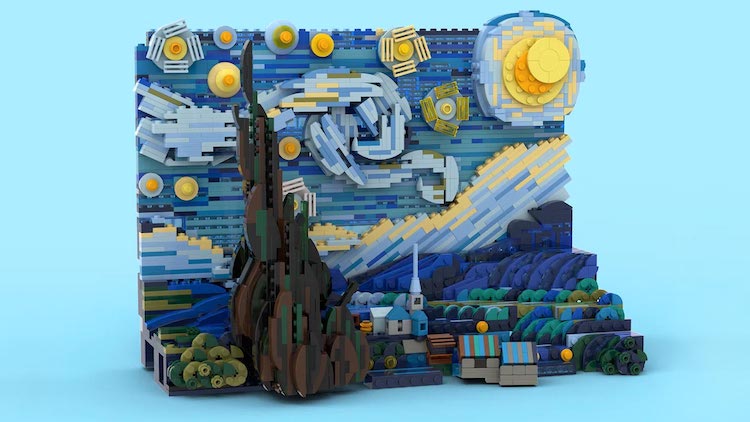 The set even features a Van Gogh mini figure with a paint brush, painting palette, easel, and a miniature Starry Night painting. 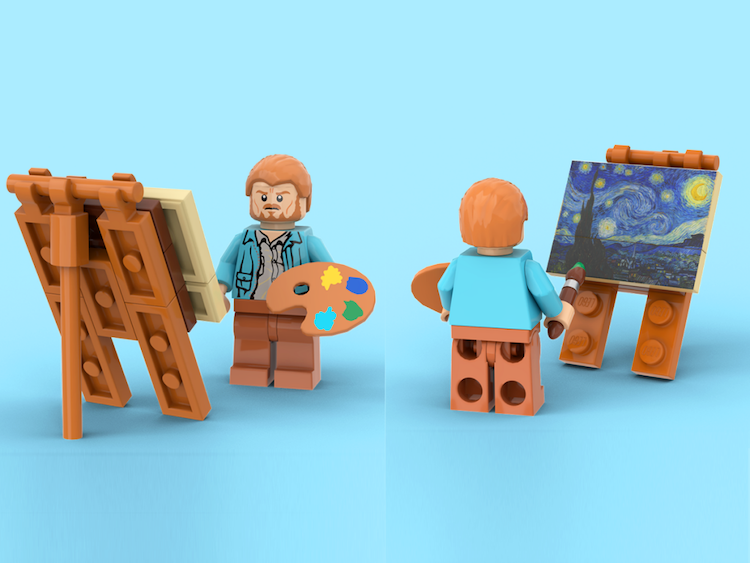 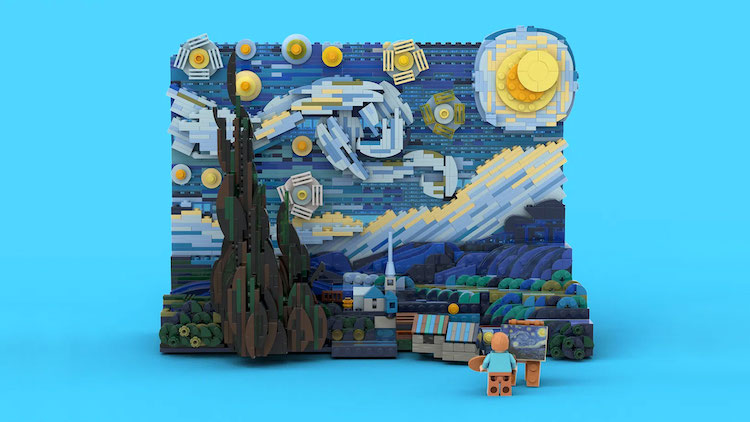 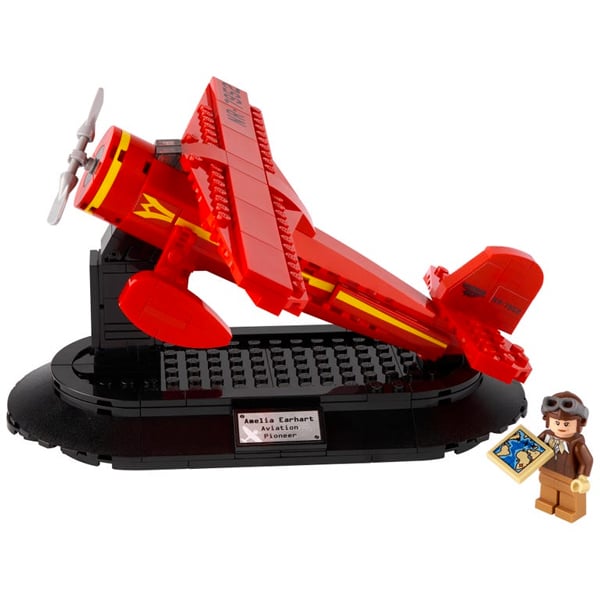 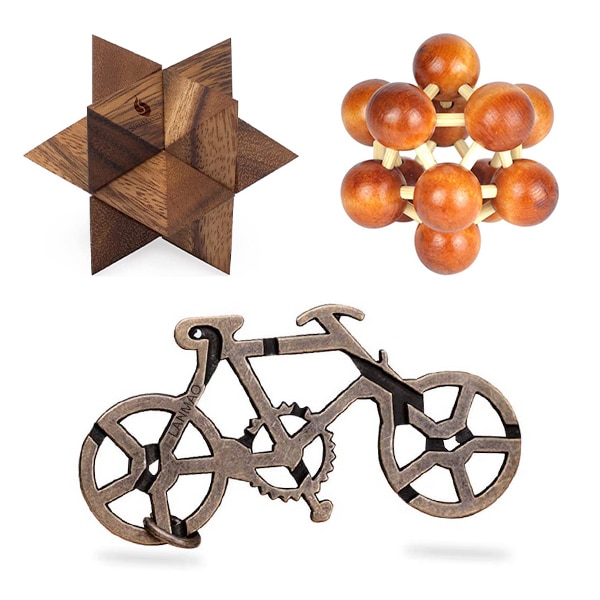 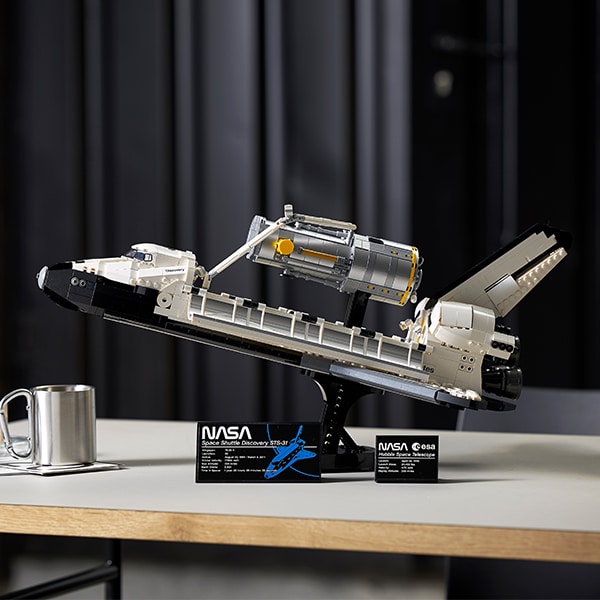 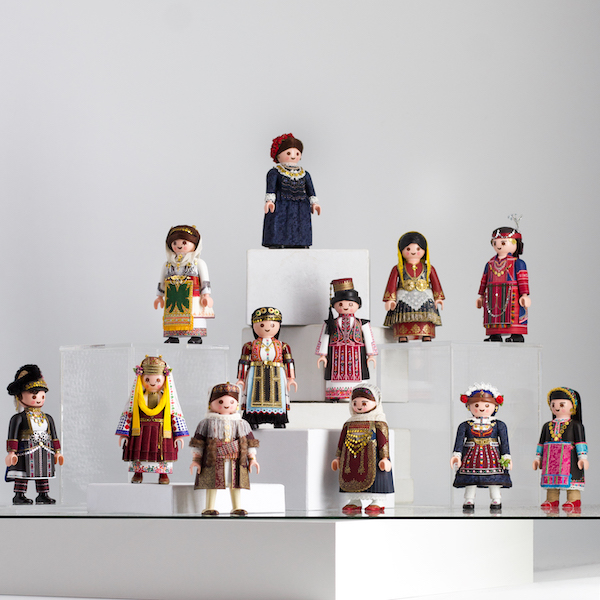 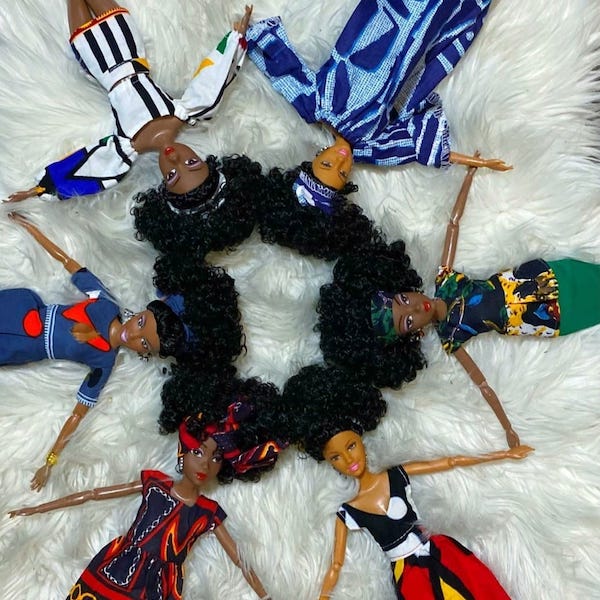 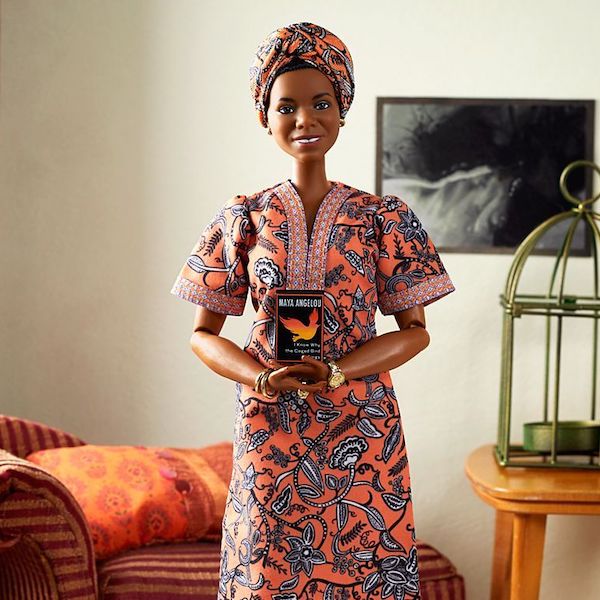 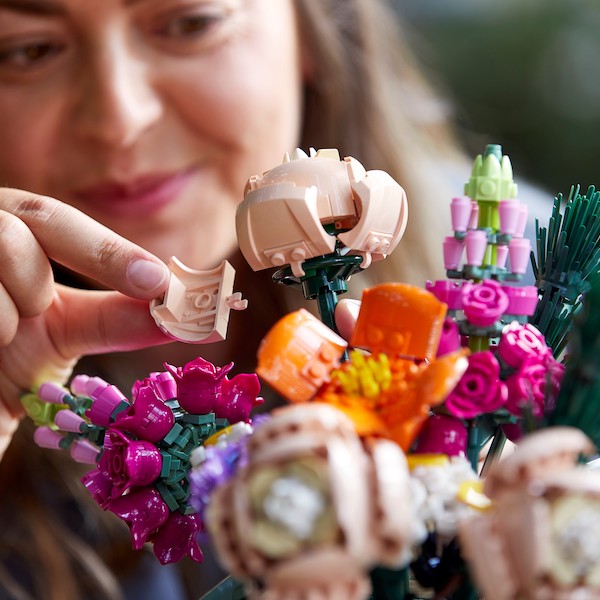 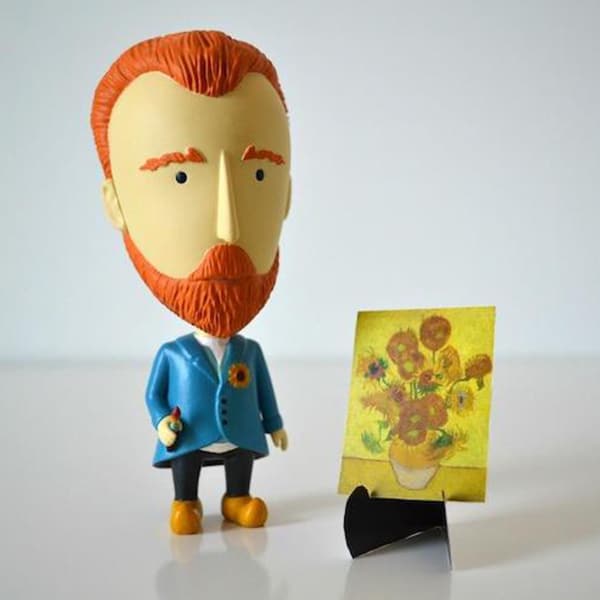 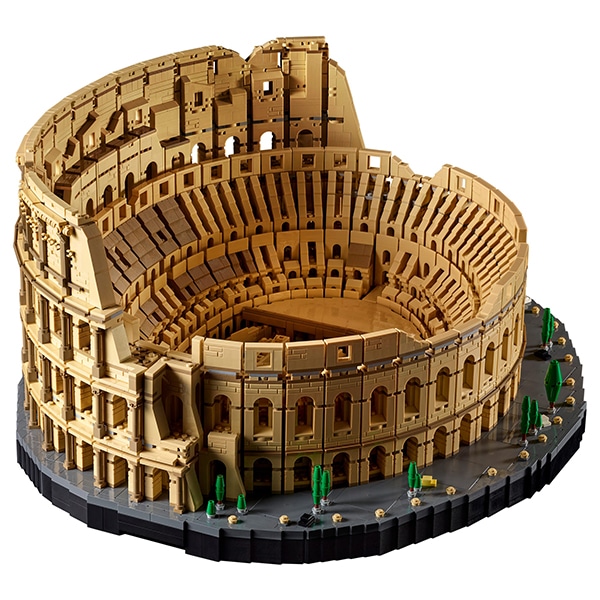