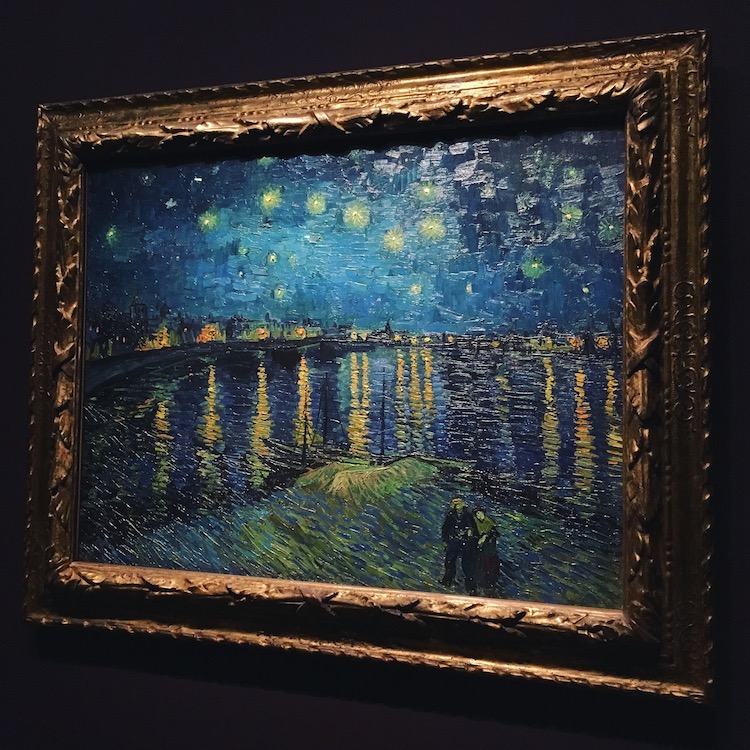 During his short career, Post-Impressionist pioneer Vincent van Gogh painted an eclectic array of subject matter. As evident in his prolific body of work, he often reworked and revisited several different themes, including still-life depictions of flowers, revealing self-portraits, and gleaming nocturnes, including Starry Night Over the Rhône, a lustrous landscape painting completed in 1888.

Like many of his most celebrated paintings, Starry Night Over the Rhone was inspired by Van Gogh's time spent in the South of France. Though this piece is not as well-known as the swirling Starry Night he would later complete, it remains an important part of his portfolio; in addition to illustrating his distinctive approach to painting “night effects,” Starry Night Over the Rhône captures a rare moment of calm in the chaotic final years of his life. 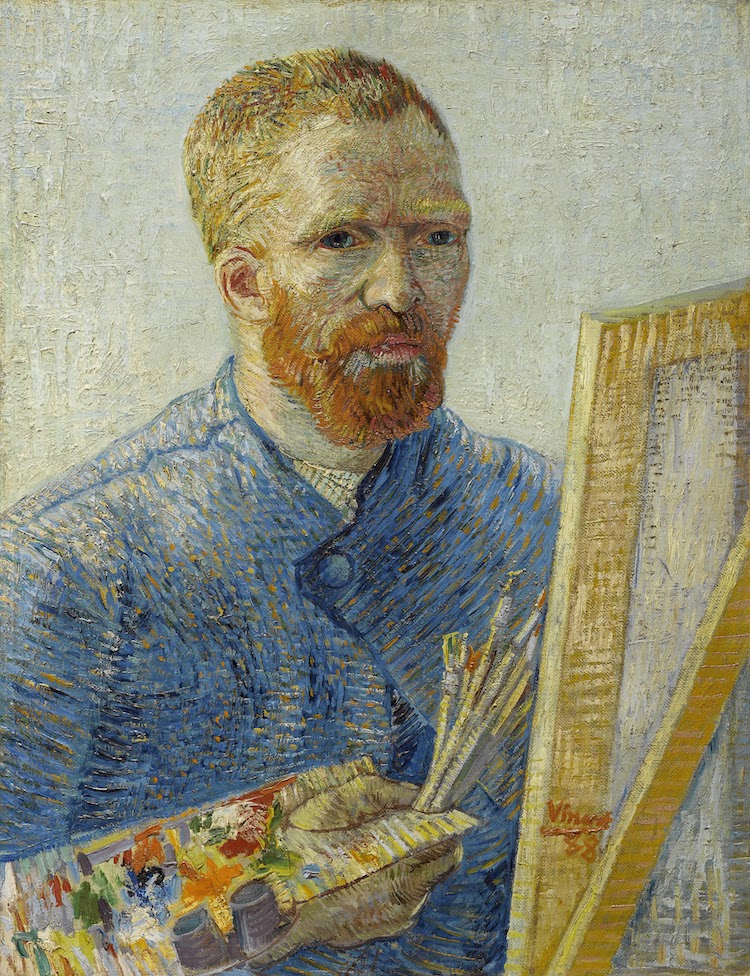 In 1853, Van Gogh was born in the Netherlands. Though he expressed an interest in art as a child, he pursued several different careers before seriously considering painting full-time at the age of 27. After seeing no artistic success in the Netherlands, he decided to join his art dealer brother Theo in Paris in 1886.

Unfortunately, Van Gogh's time in the French capital was equally futile. “It seems to me almost impossible to be able to work in Paris, unless you have a refuge in which to recover and regain your peace of mind and self-composure,” he wrote in a letter to Theo in 1888. “Without that, you’d be bound to get utterly numbed.” In pursuit of this “peace of mind,” Van Gogh headed south, landing in the idyllic commune of Arles. 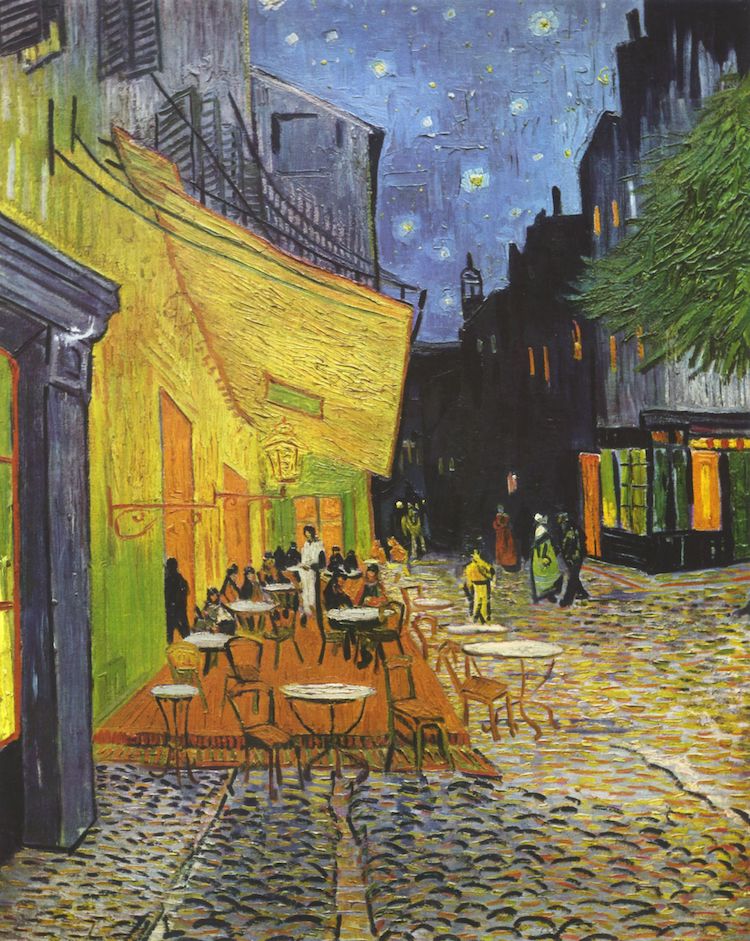 While in Arles, Van Gogh developed his signature style, characterized by a vivid color palette and expressive brushwork. This approach is increasingly evident in all of his work completed in 1888, including his Bedroom at Arles series, Café Terrace at Night, and Starry Night Over the Rhône.

Starry Night Over the Rhone 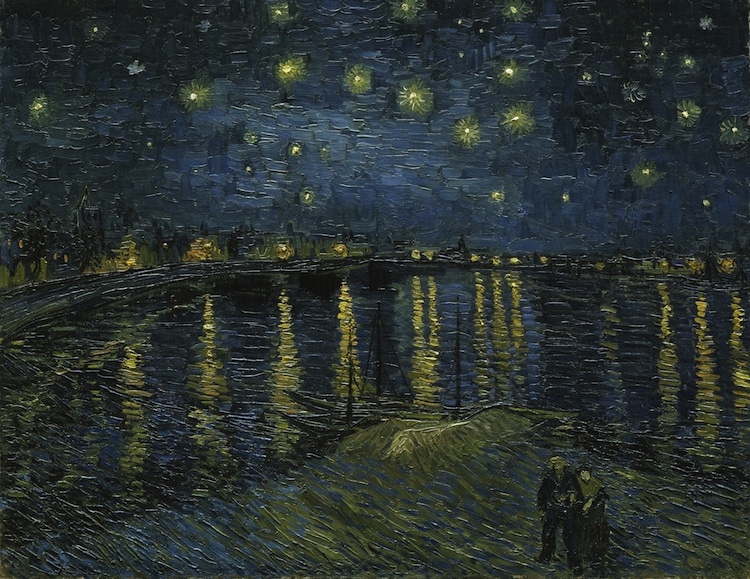 Van Gogh painted Starry Night Over the Rhône from the bank of the Rhône, a major river that runs through Europe. This spot proved ideal for Van Gogh, as he had grown increasingly interested in the effects of light—particularly, the artificial illumination of gas lamps—at night. To evoke the movement of the stars' energetic twinkling and glimmering reflections, he employed his characteristically energetic brushstrokes.

When painting Starry Night Over the Rhône, however, it was not brushwork that preoccupied the artist; it was color. Van Gogh explains the extent of his tonal attention in a letter to Theo. “The sky is aquamarine, the water is royal blue, the ground is mauve.” He continues, “The town is blue and purple. The gas is yellow and the reflections are russet gold descending down to green-bronze.”

Though full of vibrant energy, the scene is calm; the only people present in the composition are “two colorful figurines of lovers in the foreground,” and, despite its sparkling stars, the sky elicits a sense of tranquility. Ultimately, this atmosphere is what sets Starry Night Over the Rhône apart from its more famous counterpart: The Starry Night.

The Other Starry Night 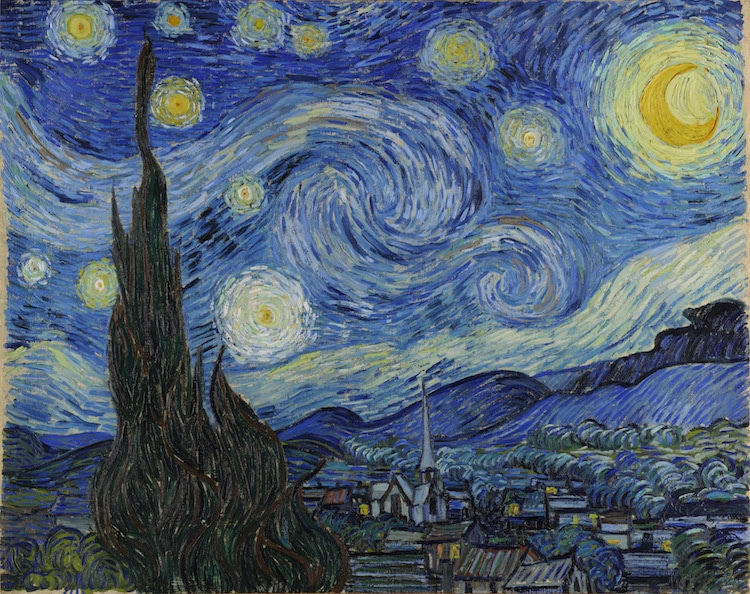 Toward the end of his stay in Arles, however, Van Gogh reached a tragic turning point. Following an emotionally-charged confrontation with fellow artist Paul Gauguin, Van Gogh cut off part of his own ear. The next morning, he was admitted to a hospital in Arles, only to be discharged a few days later. Realizing the severity of his mental health issues, he opted to leave Arles and check himself into a mental health facility in the nearby Saint-Rémy-de-Provence.

During his stay at the asylum, Van Gogh adopted an extra room as an artist’s studio and completed 150 paintings, including The Starry Night, a piece poignantly painted through his room's “iron-barred window.”

Painted just a few months apart, The Starry Night and Starry Night Over the Rhône are strikingly similar in both style and subject matter. However, there is a drastic divergence in their undertones, as, in the later painting, “the violence of his troubled psyche is fully expressed.”

On July 27, 1890, just over a year after he completed The Starry Night, Van Gogh shot himself in a wheat field. Two days later, he succumbed to his injuries.

The Legacy of Starry Night Over the Rhône 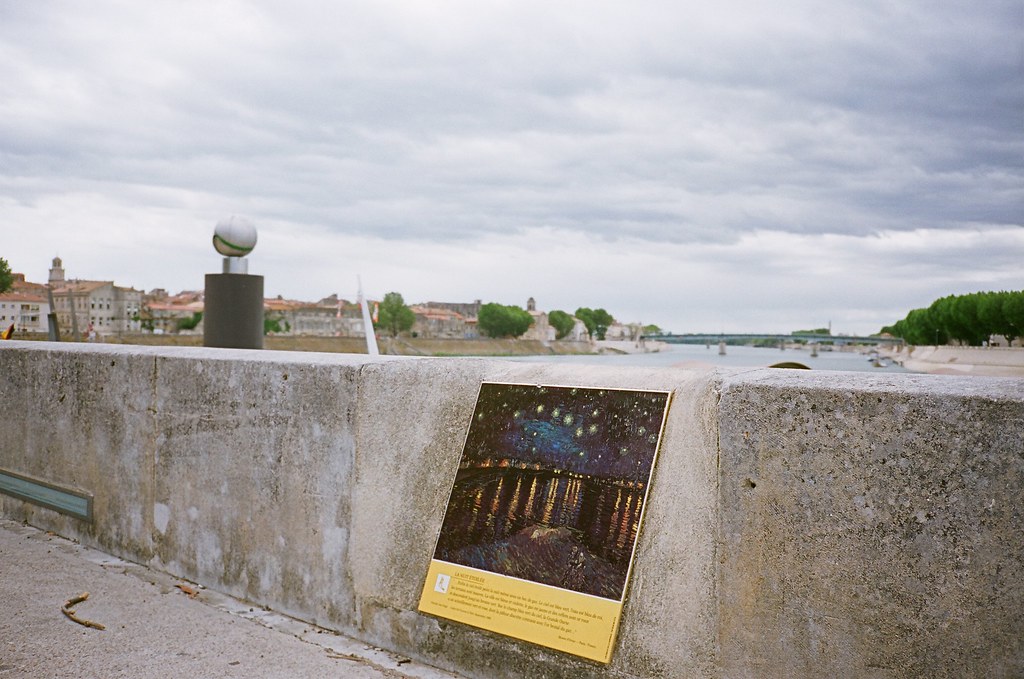 Though less famous than the later rendition, Starry Night Over the Rhône is still considered one of Van Gogh's major masterpieces. A gem of the Musée d'Orsay‘s permanent collection, the painting continues to captivate viewers with its mesmerizing brushwork, radiant color palette, and serene subject matter.

What makes this work even more special is the significance it held to Van Gogh. Noting that the nights in Arles were “even more richly colored than day,” he became obsessed with the idea of replicating the South of France's starry sky. Finally, with Starry Night Over the Rhône, the artist was able to achieve this dream with flying colors. 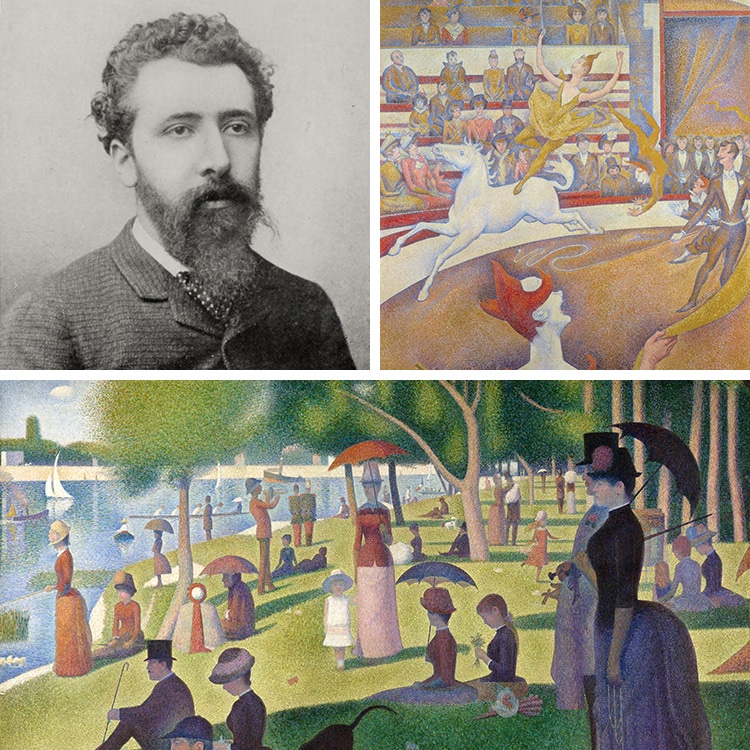 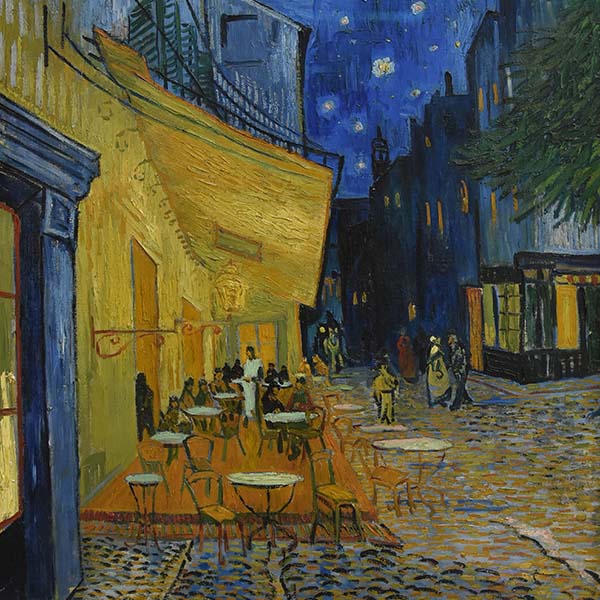