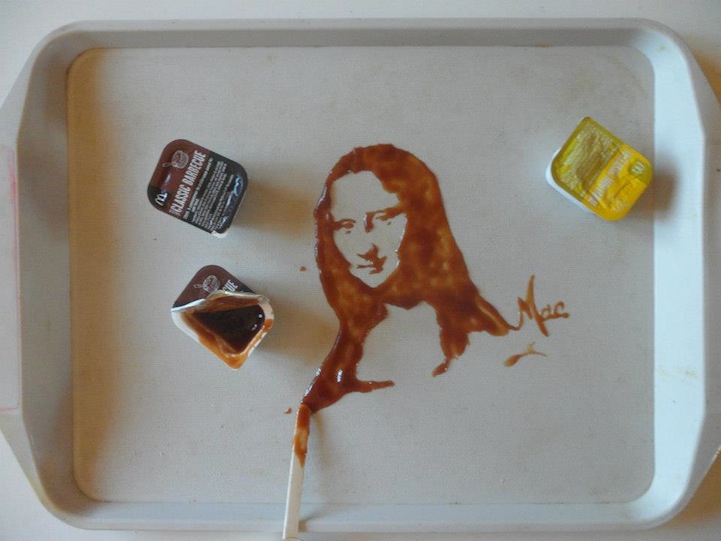 If you accidentally have a big spill, don't worry, just get artist Vivi Mac on the scene. Based in France, the freelance artist doesn't need traditional paint to produce her amazing artwork. She can create extremely detailed images out of anything, including barbecue sauce, chocolate milk, caramel sauce, crushed ice and salt, and even rum.

A self-taught artist, Mac first began developing her skills with paper and pen by absorbing information found on blogs and Facebook. She later began speed painting and eventually found that experimentations with food were her greatest success. Due to her selected medium, the series title–Art Ephemere–references the fleeting, momentary nature of each food-based piece.

Mac uses a keen eye for negative space to generate amazing portraits of people like Martin Luther King, Jr., Bruce Lee, Gandhi, and Barack Obama. As the liquids splatter across her canvas, viewers will see faces slowly emerging from the spills. The final results can be seen both in the images and video below. 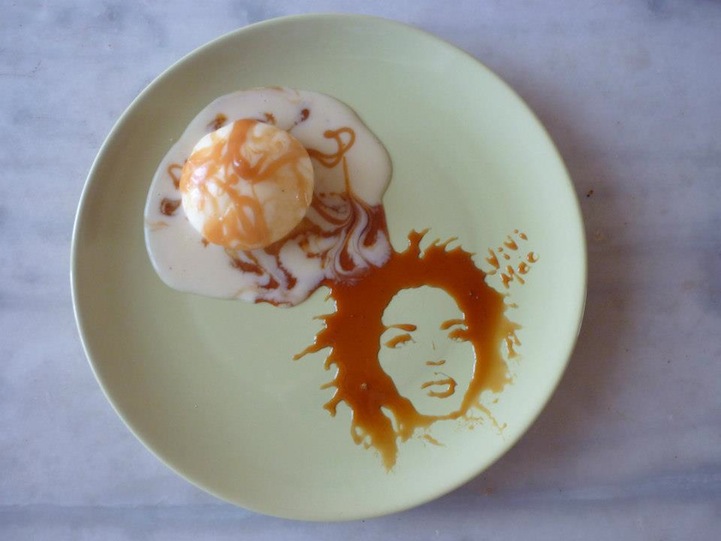 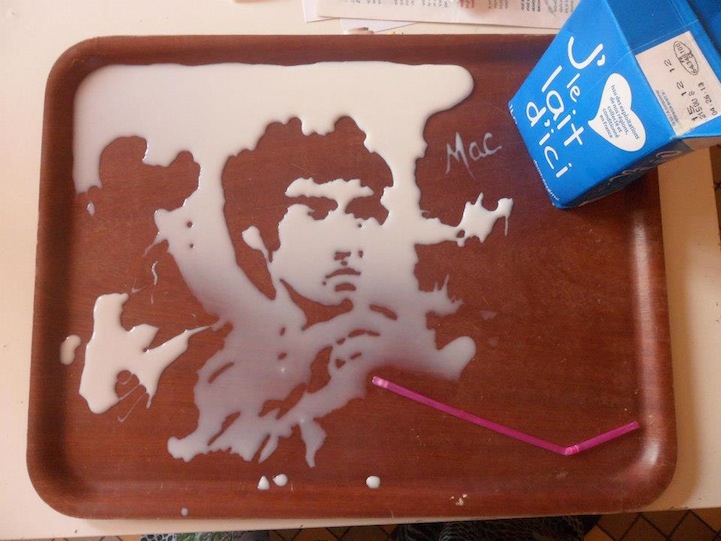 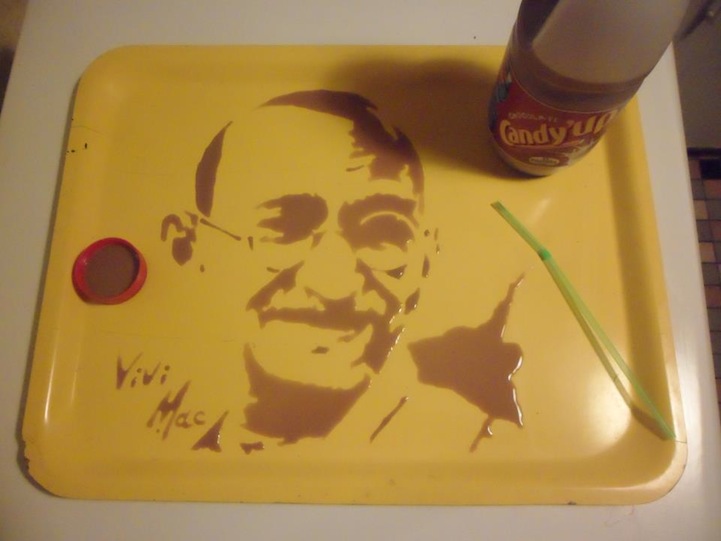 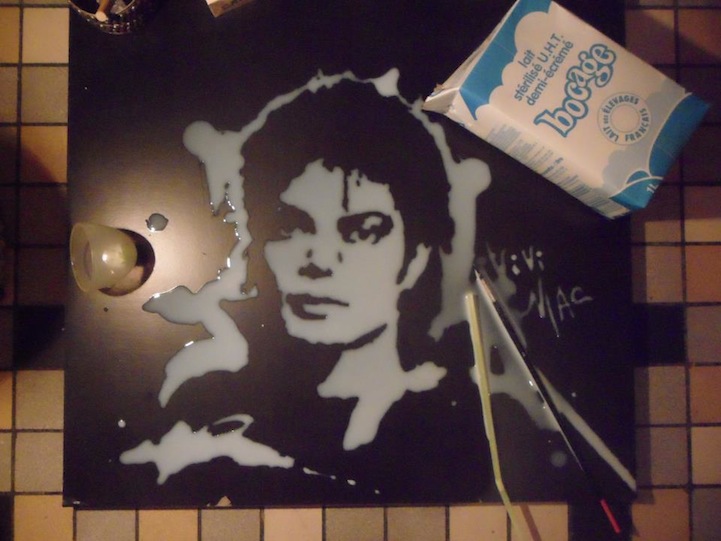 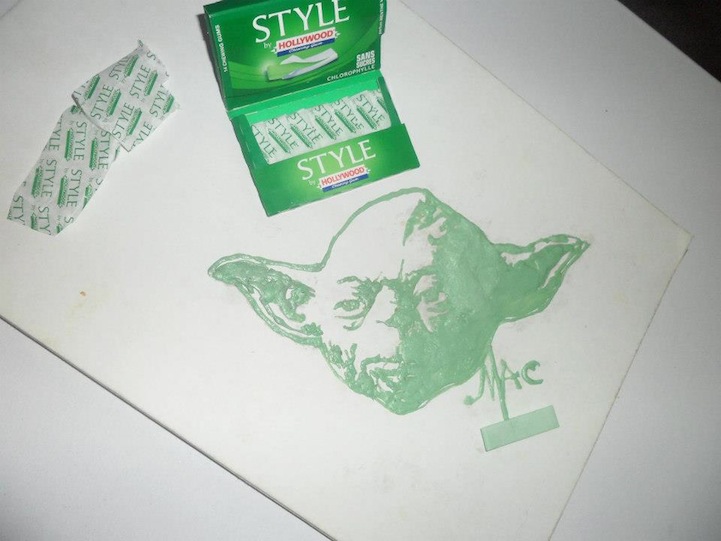 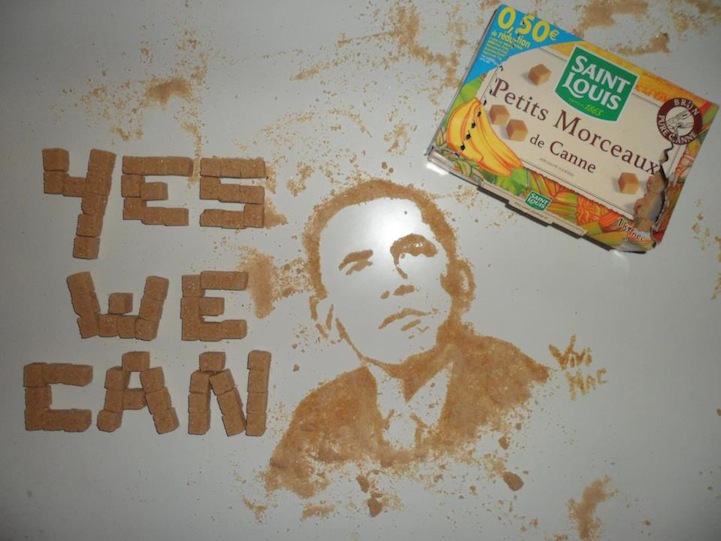 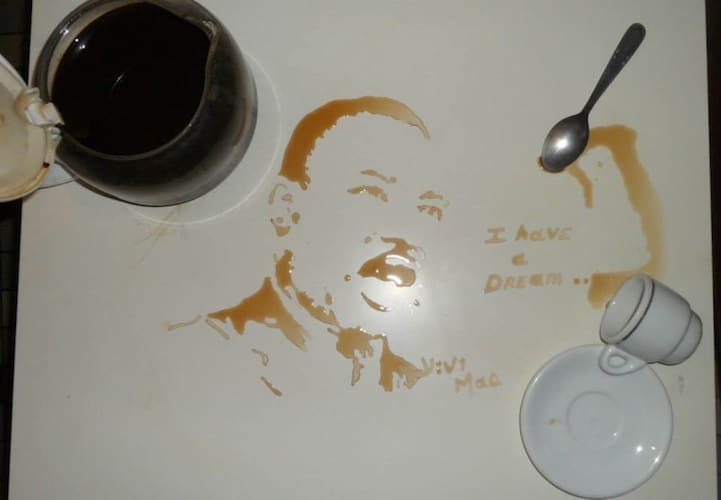 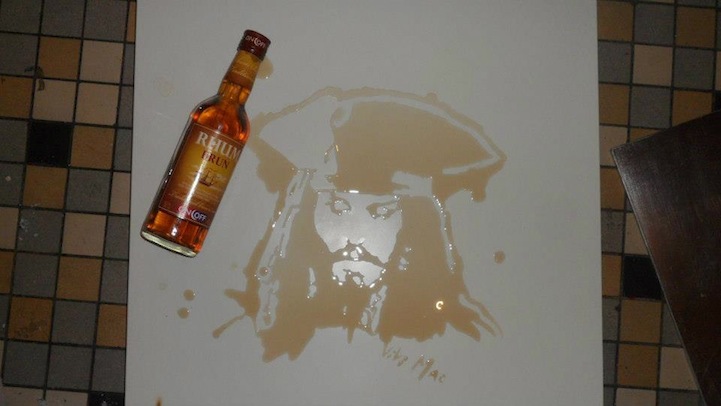