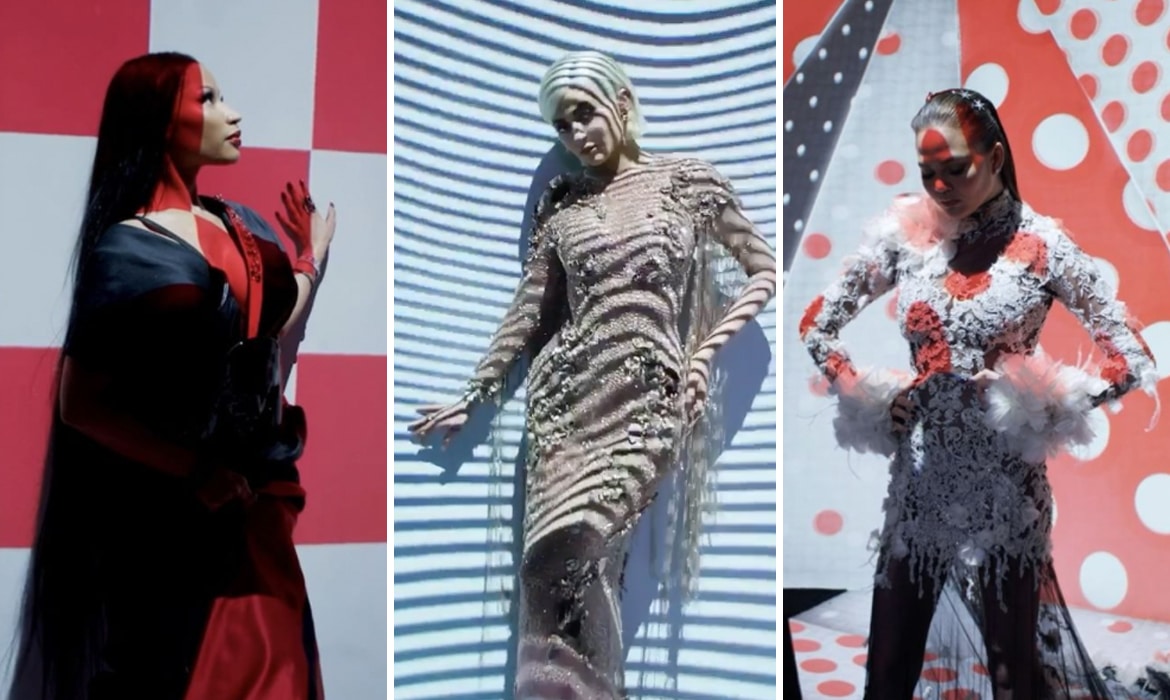 Social media might give people major FOMO (fear of missing out) on a daily basis, but it’s also a powerful tool for elevating an already spectacular experience. The recent Met Gala 2017 was a star-studded parade of amazing ensembles that showcased the true artistry of fashion. And, as it turns out, it was also a site of cool art videos that will forever encapsulate the spirit of the night. Like last year, Vogue magazine turned the idea of a photo booth on its head and opted to film attendees amidst a projected backdrop of animated patterns. The artistic outcomes were shared on the iconic fashion magazine's Instagram.

Working in collaboration with filmmaker Gordon von Steiner and studio SILA SVETA, the stunning visuals were inspired by the Comme des Garçons archive. This decision was in keeping with this year’s theme of Rei Kawakubo/Comme des Garçons: Art of the In-Between. From ethereal florals to structured geometric patterns, the setting was inspiration for how the participants moved through the set. Some, like Celine Dion, battled the dizzying array of projections and moved energetically around the booth. Others took a more docile approach; Anna Wintour, Vogue’s Editor-in-Chief, chose to stand still and let the light engulf her in its ever-changing beauty.

To top off the visual effects, each video had its own soundtrack. Ranging from sweeping romantic tunes to hard-edged and futuristic, the results are miniature music videos that are each mesmerizing in their own way.

At the Met Gala 2017, Vogue magazine and filmmaker Gordon von Steiner set up an unconventional photo booth. The mini film sets featured a dizzying array of projected backdrops and their own soundtrack.