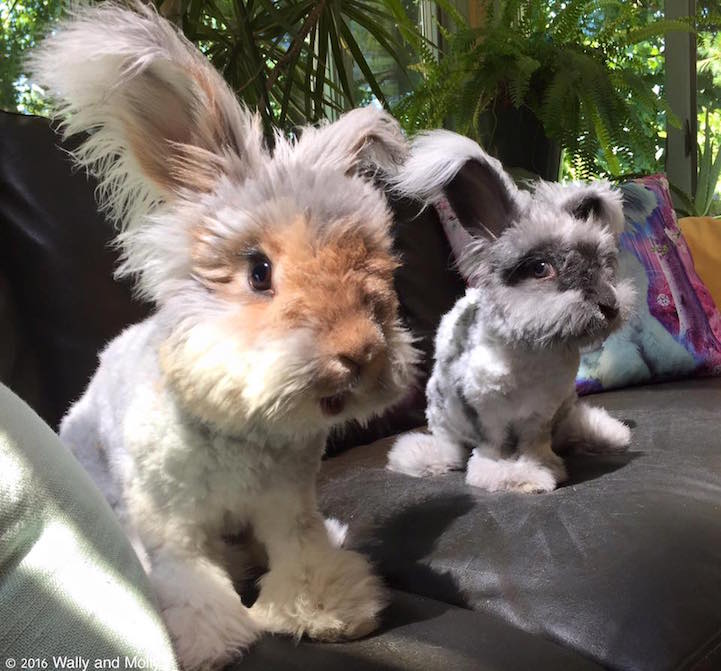 The lovable, Instagram-famous Angora rabbit named Wally took the Internet by storm with his adorable, fluffy ears. Now, he shares the spotlight and his spot on the couch with a new friend—Suki. Molly Prottas (Wally's human) welcomed the world to the tiny female English Angora rabbit with an emphatic message of delight via Instagram: “One bunny…two bunnies…TWO BUNNIES! I can count my bunnies! Because I have two!”

To make sure the little Wally lookalike was warmly welcomed, Prottas playfully shared a message with Wally's followers: “Suki was very nervous for her first real Instagram appearance. Wally helped with the lighting and composition of this photo. He was worried that people would think she was wearing makeup or that the photo was retouched because of her ‘utopian bunny features.' (Translation: her ‘beauty.') So, as requested by Wally, please note that this photo has not been altered or enhanced.”

The adorable gray rabbit had no trouble being embraced by Wally's fans, especially since she was almost his mini-me. Suki is not only the same breed as Wally, but also shares Wally's unique haircut—though not on purpose. Prottas rescued Suki from the Animal Care Centers of New York, where she had to be shaved due to a previous life of neglect. “Her matting was terrible, it was one of the worst cases of matting they had seen,” Prottas told The Dodo. “Her muscle tone was very weak. It was assumed she had probably been left in her cage for most of her life.”

Nevertheless, Prottas was drawn to the adorable bunny and recalls her looking like a “newborn baby lamb.” The timing was perfect, too. Prottas had been on the lookout for another bunny for a while, as she hated leaving Wally alone all day when she went to work. Rabbits are highly social animals, after all, and often do better in pairs. Already in one week, Wally and Suki have gotten on smashingly. Prottas reports that Wally still gets defensive when Suki tries to snuggle onto Prottas' bed. Like a firstborn child, he views the bed as “his” territory. However, Prottas has great hope that Wally and Suki's relationship turns into something more: “They're great. They cuddle.”

You can follow more of Wally's (and Suki's) adventures, and stay up to date on all the bunny gossip, on Instagram. 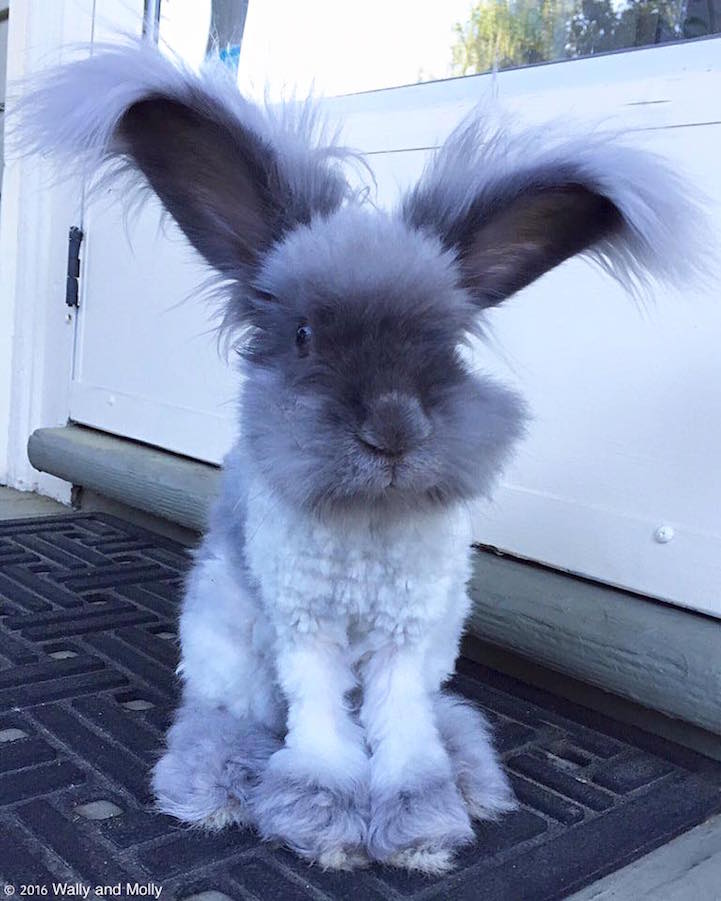 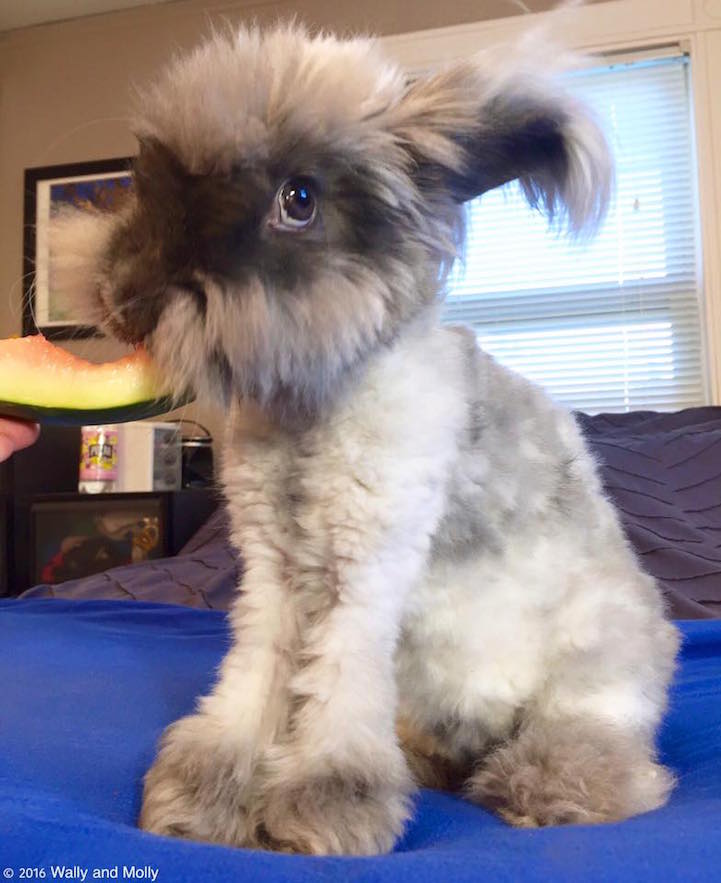 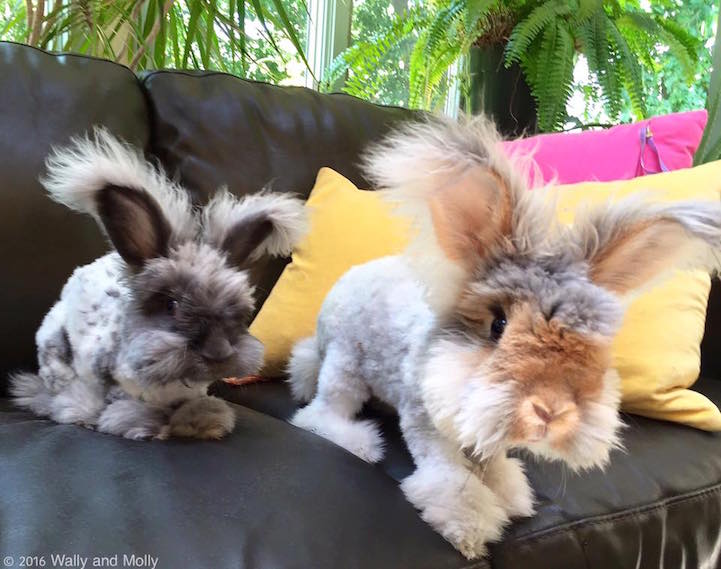 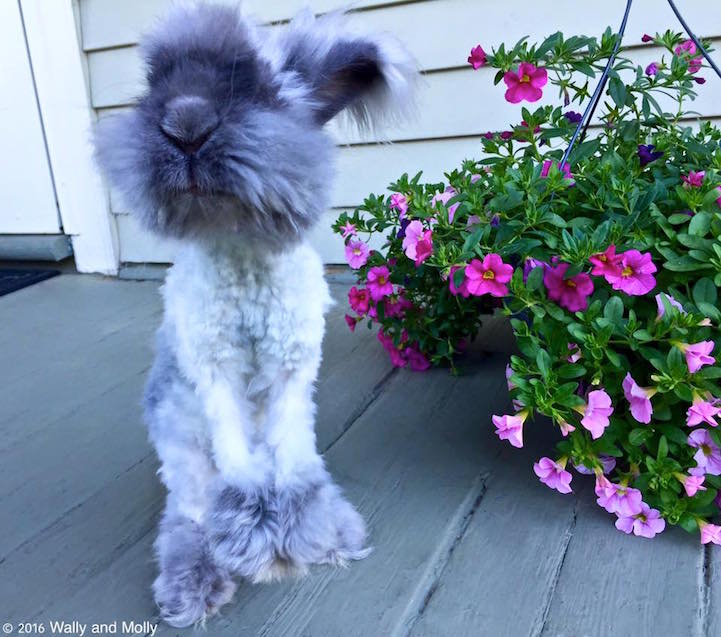 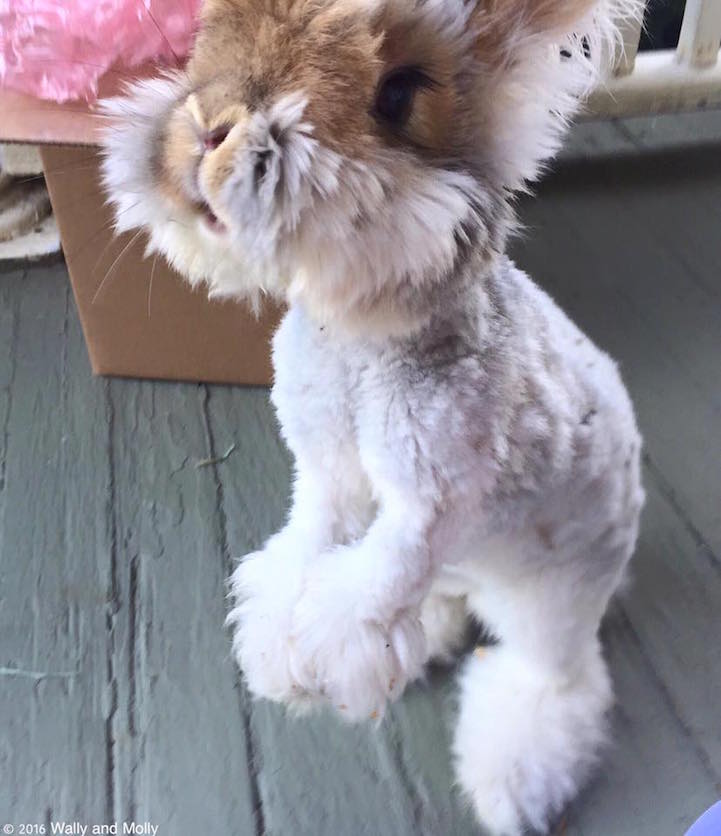 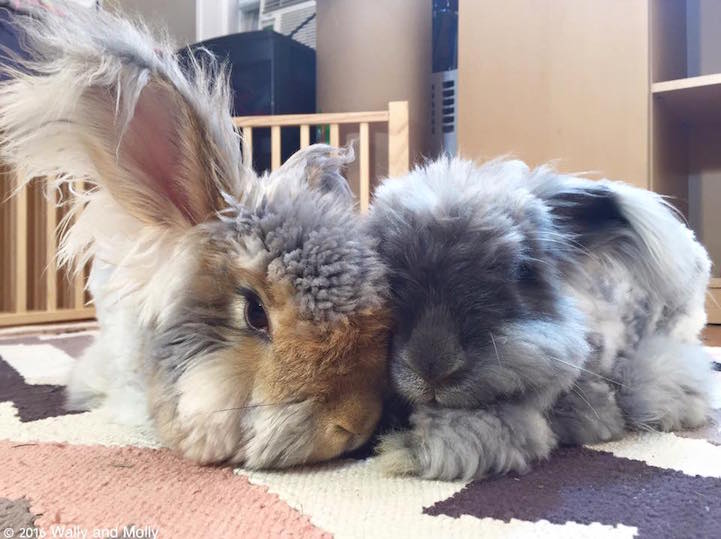