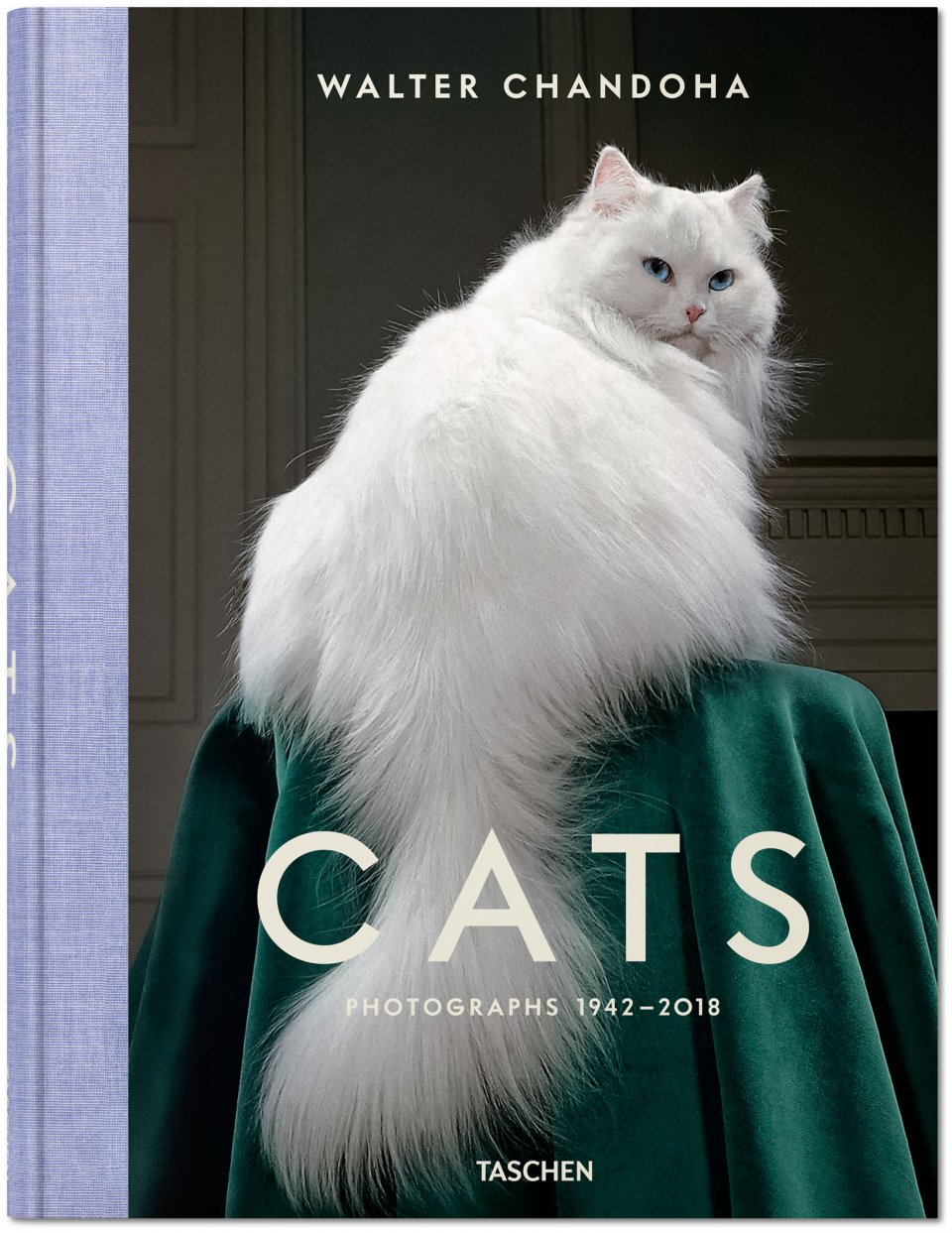 Long before #catsofinstagram and Internet sensations like Grumpy Cat (RIP) and Lil Bub, New York-based photographer Walter Chandoha was capturing the hearts of the public with his photos of feline friends. His huge archive is believed to include more than 90,000 photographs of cats, many of which appeared on greeting cards, magazines, and pet food packaging across the U.S. for more than 50 years. In celebration of his prolific career, Taschen recently released a book, titled Walter Chandoha. Cats. Photographs 1942–2018, featuring of 300 of his most celebrated images taken between 1942–2018.

Chandoha began his career as a combat photographer during the Second World War and an art director postwar, but it was a chance encounter with a kitten during a winter’s night in New York City during 1949 that ignited his lifelong passion for photographing his fluffy subjects. Chandoha adopted the kitten and named him Loco, but little did he know his new pet would become his muse and determine the rest of his career.

“I relished the challenge of making photographs of cats and quickly saw the potential of attempting to capture their naturally expressive personalities,” Chandoha writes in his foreword to the book, just before he died earlier this year at the age of 98.

The Walter Chandoha. Cats. Photographs 1942–2018 book is now available to purchase on Taschen.

In celebration of Walter Chandoha's prolific career, Taschen recently released a book, aptly titled Cats,  featuring of 300 of his most celebrated cat photos taken between 1942–2018. 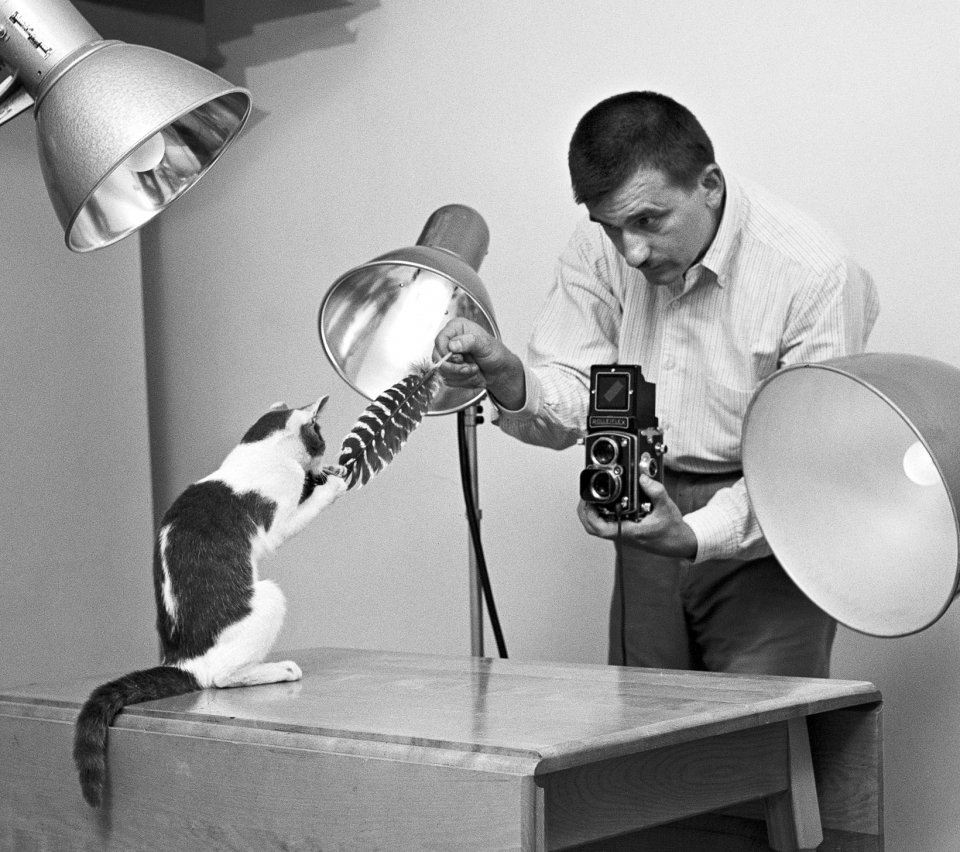 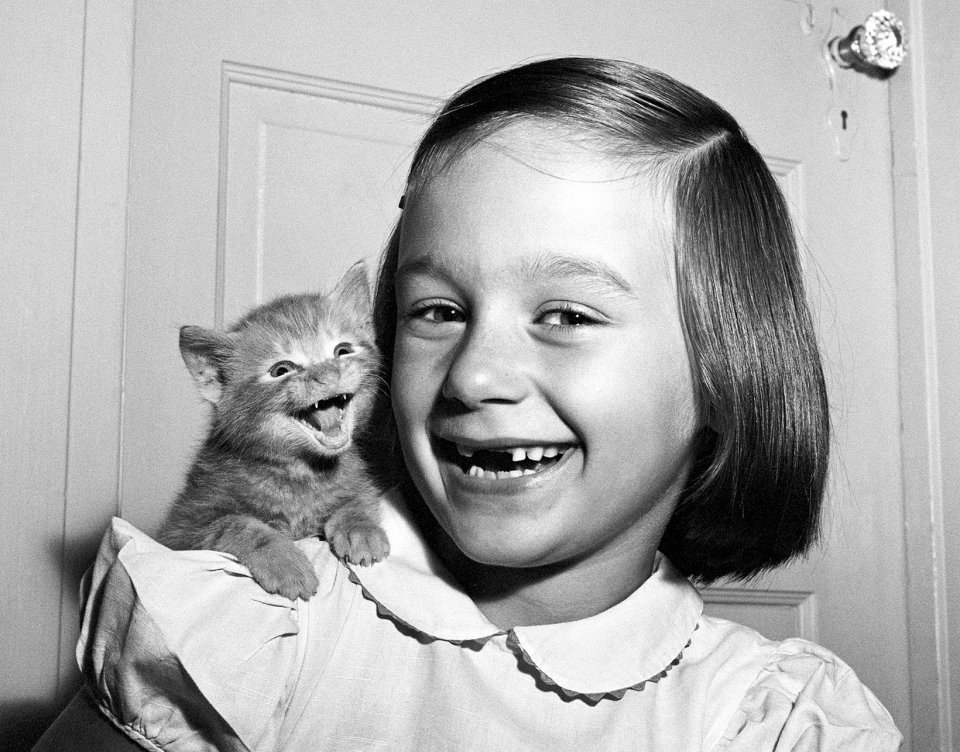 “My daughter Paula and the kitten both ‘smiled’ for the camera at the same time…but the cat’s not smiling, he’s meowing.” —Walter Chandoha Paula and Kitten is one of Chandoha’s most recognized and perhaps most fortuitously timed photographs, 1955. Copyright: © 2019 Walter Chandoha 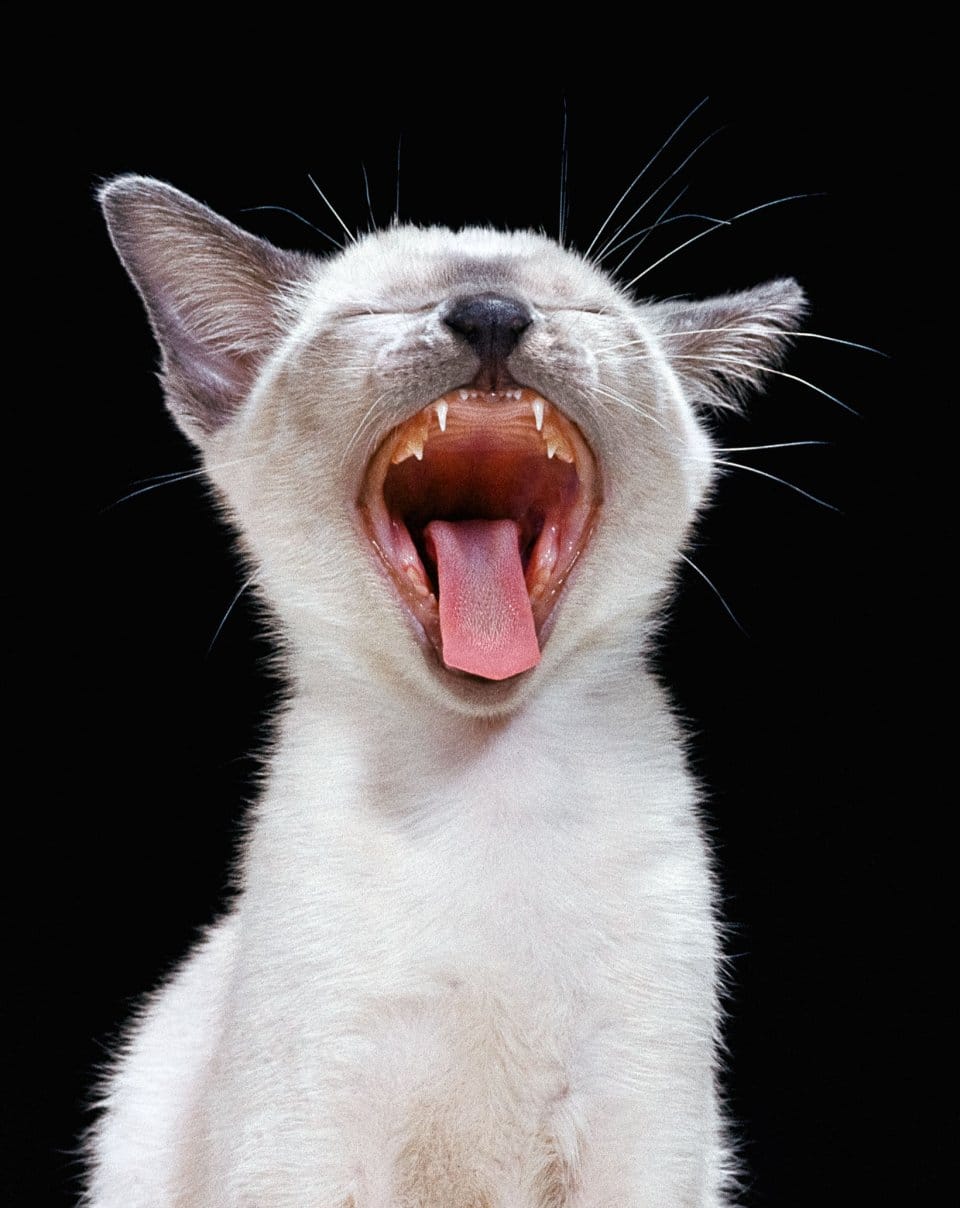 Early in his career, Chandoha sought the advice of a Ringling Brothers tiger trainer who shared these three tenets of animal training: “To get the shot, you need three things: sound, patience, and food.” Siamese, New Jersey, 1984. Copyright: © 2019 Walter Chandoha 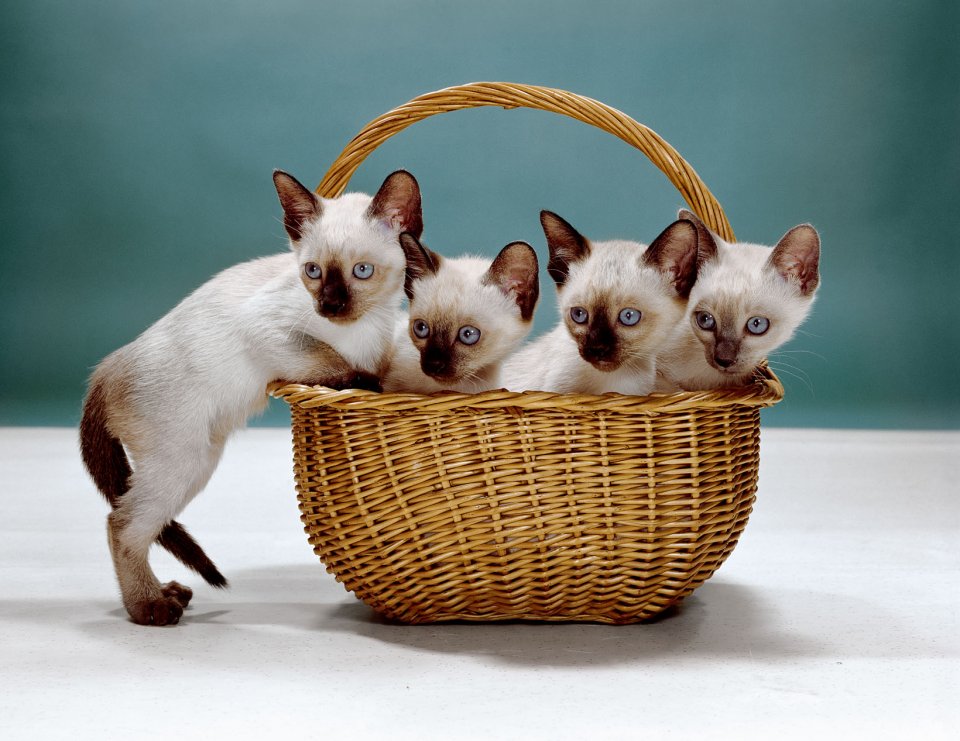 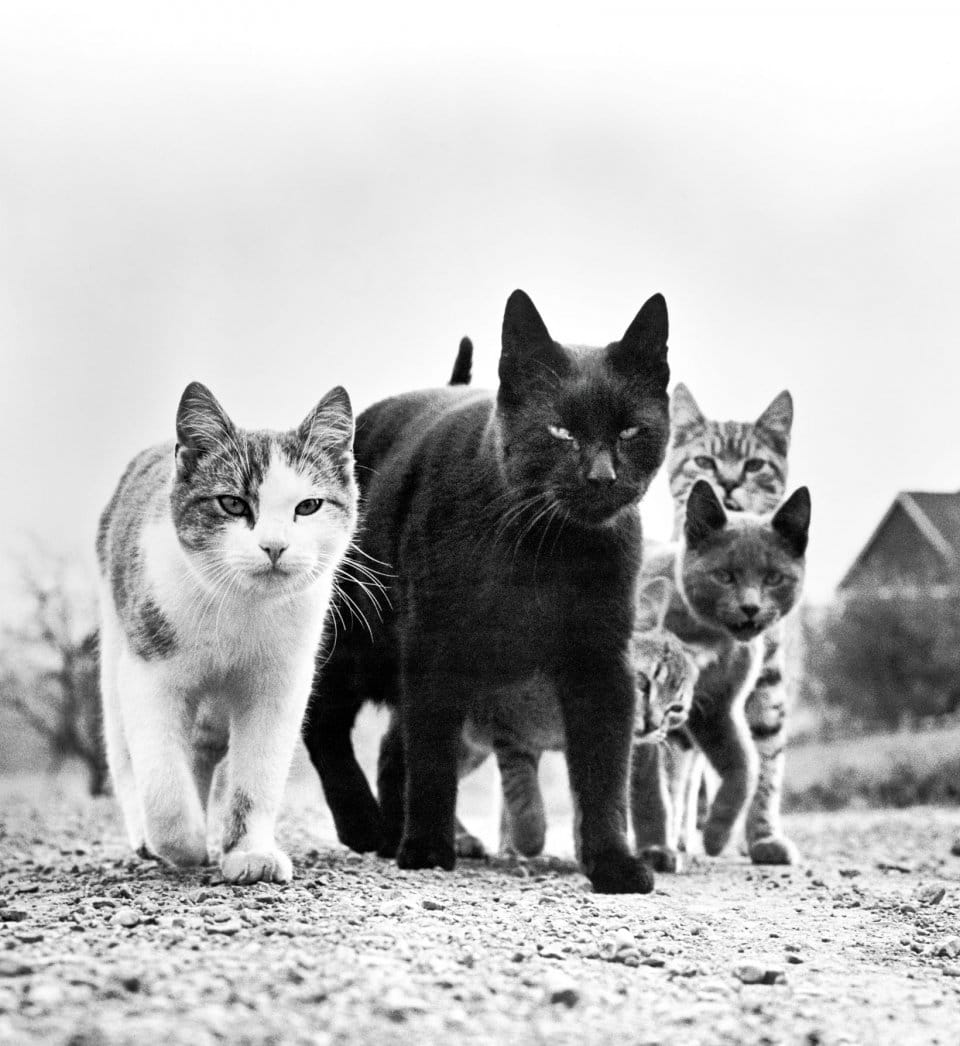 A clowder of ominous looking felines characterize one of the photographer's most famous works, aptly titled The Mob. New Jersey, 1961. Copyright: © 2019 Walter Chandoha 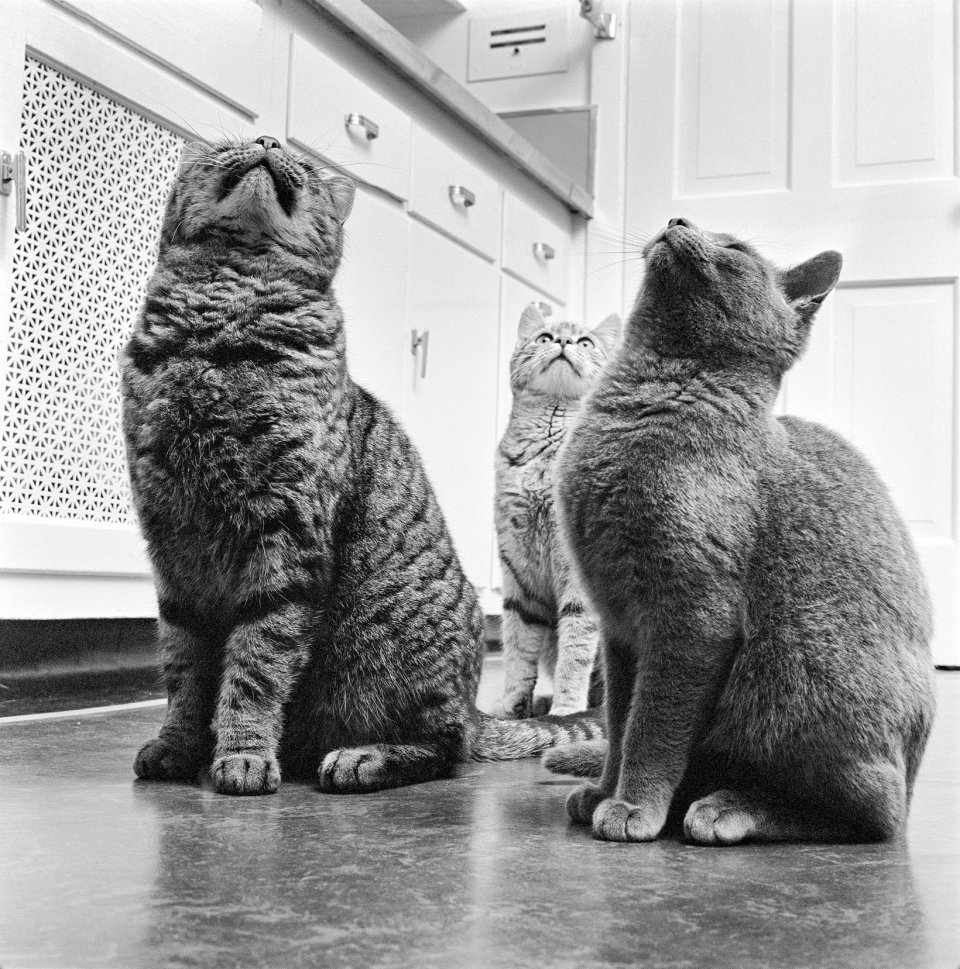 Sound was pivotal to Chandoha’s success: the click of a can opener could perfectly align his often-unruly models. New Jersey, 1961. Copyright: © 2019 Walter Chandoha 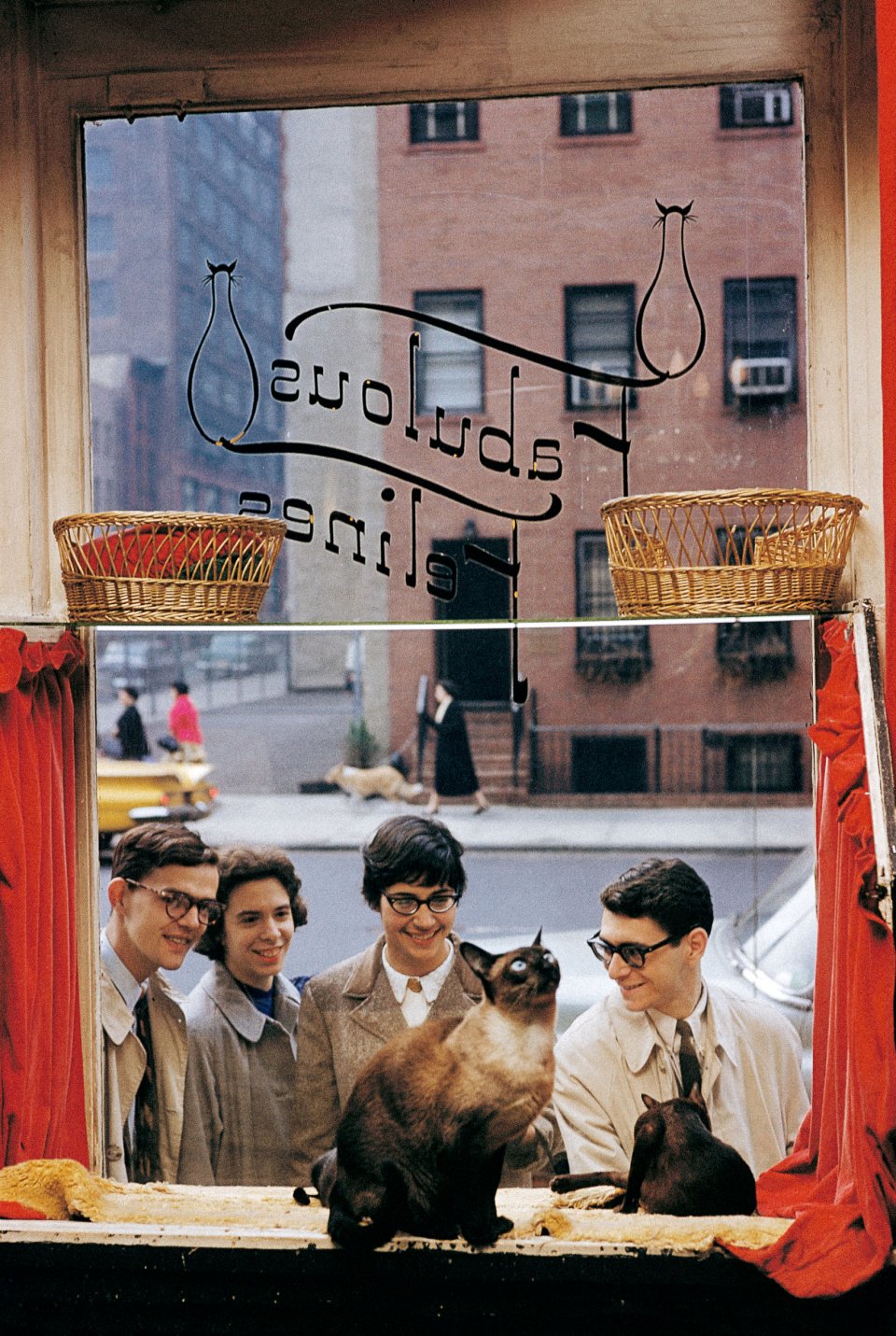 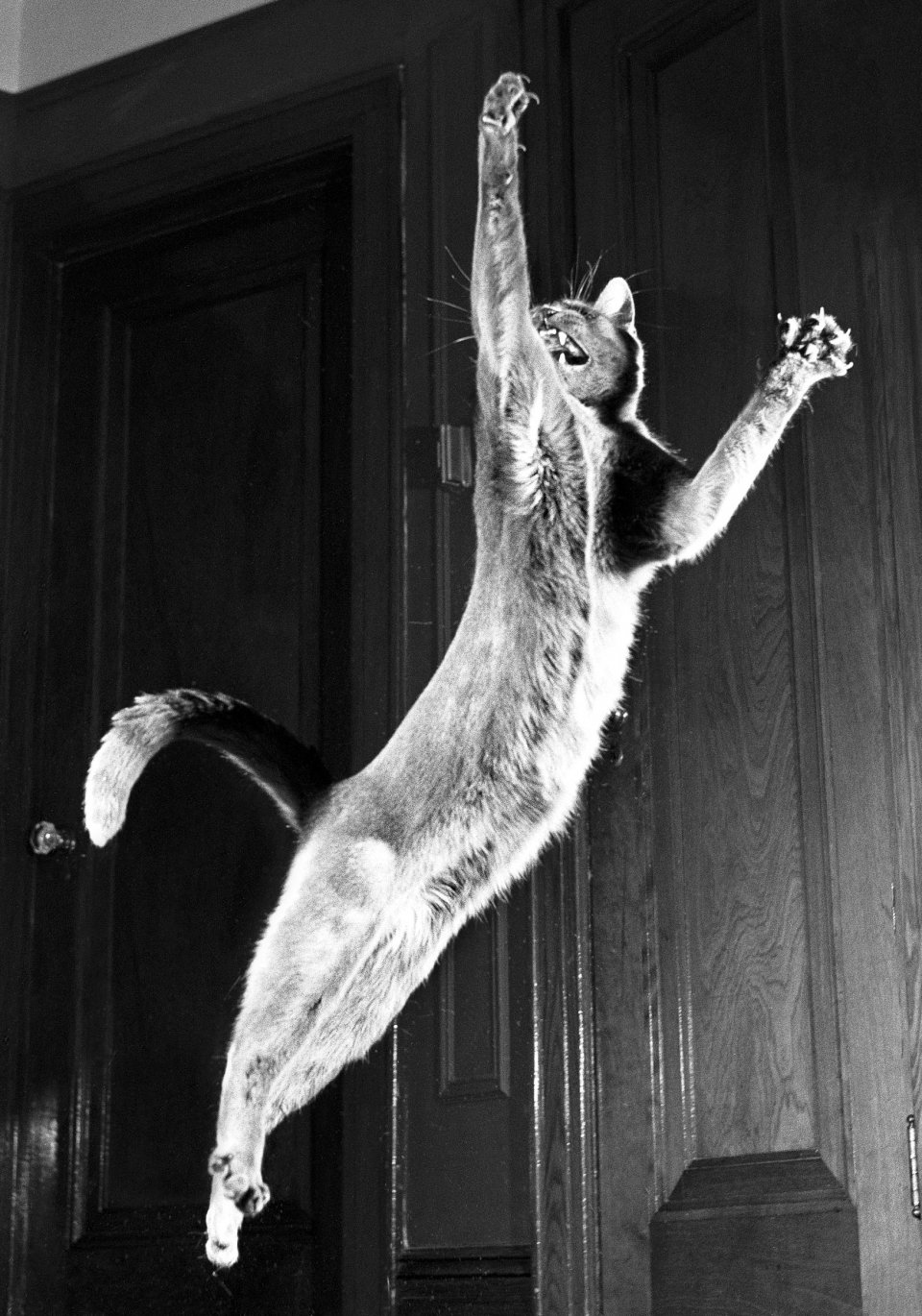 Candid Photos of Cats Who Live in Places Where Humans Work

Adorable Photos Reveal What Curious Cats Look Like From Below