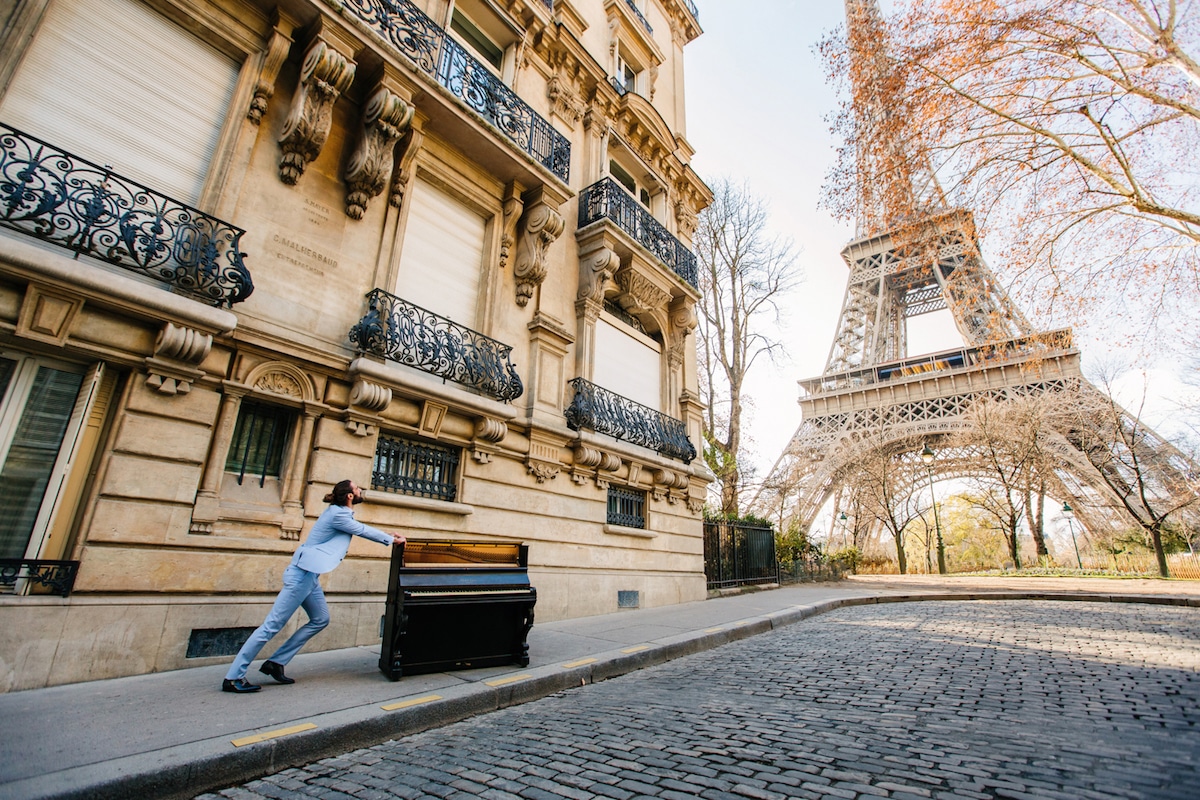 Many couples go all out when it comes to creating their wedding photos, but one husband-to-be recently went the extra mile (literally) to set up the perfect scene. Samuel spent the early hours of his wedding day tirelessly pushing an antique piano through the streets of Paris. His goal was to surprise his fiancée Maya by singing his vows at the Eiffel Tower. He hired photographer Priscila Valentina to capture the grand gesture as it unfolded, resulting in photos that look like they’re straight out of a romantic film.

“As Sam pushed the piano up to the Eiffel Tower, the Parisians stopped with questionable eyes, but full smiles, something was kindling, a familiar spirit of romance was in pursuit,” Valentina fondly recalls. The hopeless romantic is captured pulling and pushing the heavy piano up and down the hilly streets of “the city of love,” before finally settling under the Eiffel Tower.

Samuel reveals, “I felt like my heart was going to pound straight through my chest, and when she saw the piano laying in front of the Eiffel Tower she was totally shocked!” Valentina captures the heartwarming moment the surprise is revealed to Maya, who’s clearly delighted by her husband’s act of love. As Samuel sings his vows, his new wife sits proudly on top of the piano, grinning with pure joy.

But the adorable moment didn’t stop there—just as Valentina was packing up her gear to head to the next location, snow began to fall. She couldn’t resist taking advantage of the romantic conditions and quickly asked the loved-up couple to pose for one more shot. “The idea hit me of putting the couple on top of the piano to capture a ‘Lost in Paris’ moment on film,” Valentina reveals. “As the snow fell, I looked up in the sky and knew there was something special happening, it was a supernatural feeling, like as if God opened up the opportunity with perfect timing to remind the world, that we can do better, that love is what this life is all about and I believe that’s the message behind the photos.”

You can see even more of Valentina’s romantic photoshoots on her website.

Husband-to-be Samuel spent the early hours of his wedding day tirelessly pushing an antique piano through the streets of Paris. 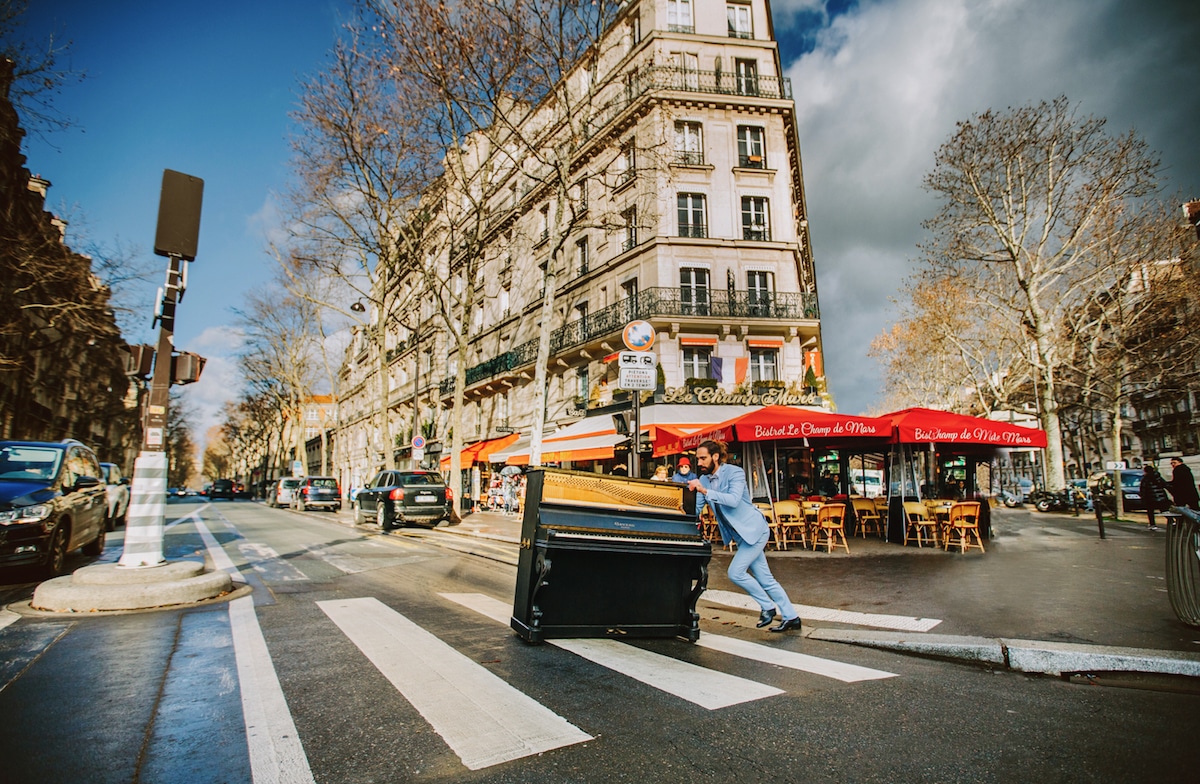 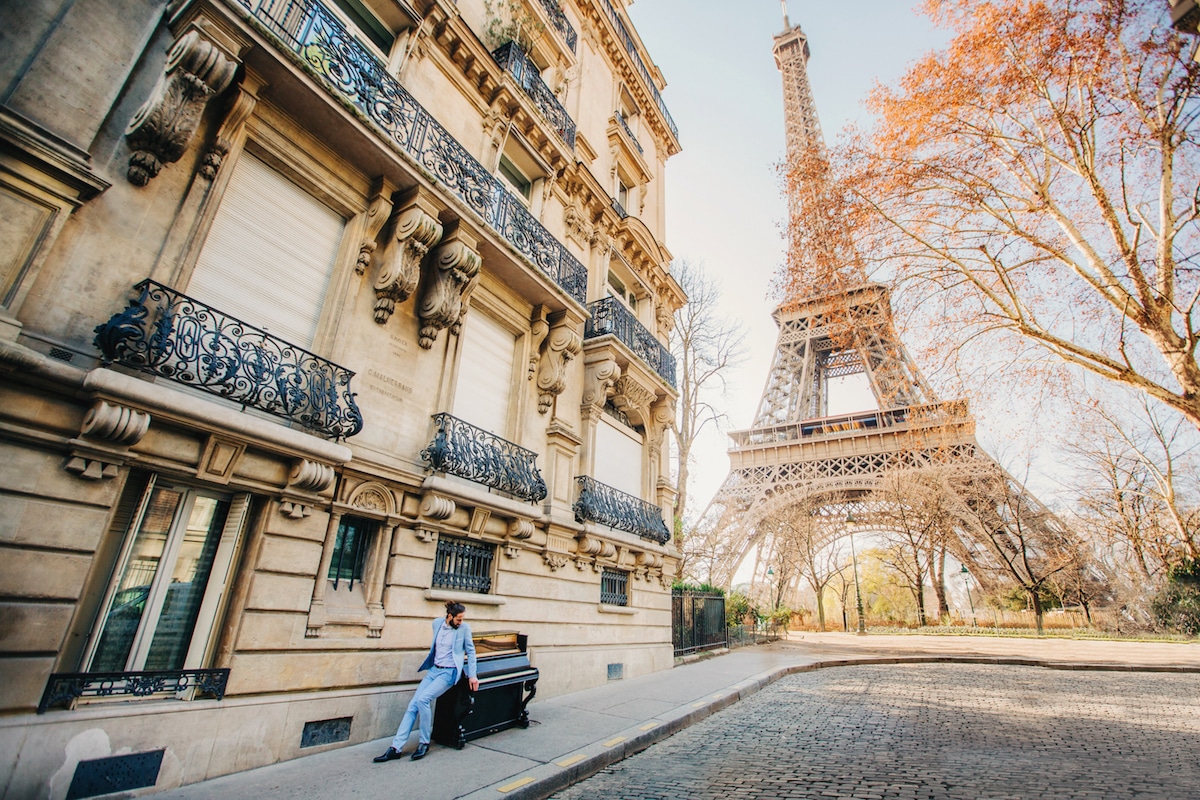 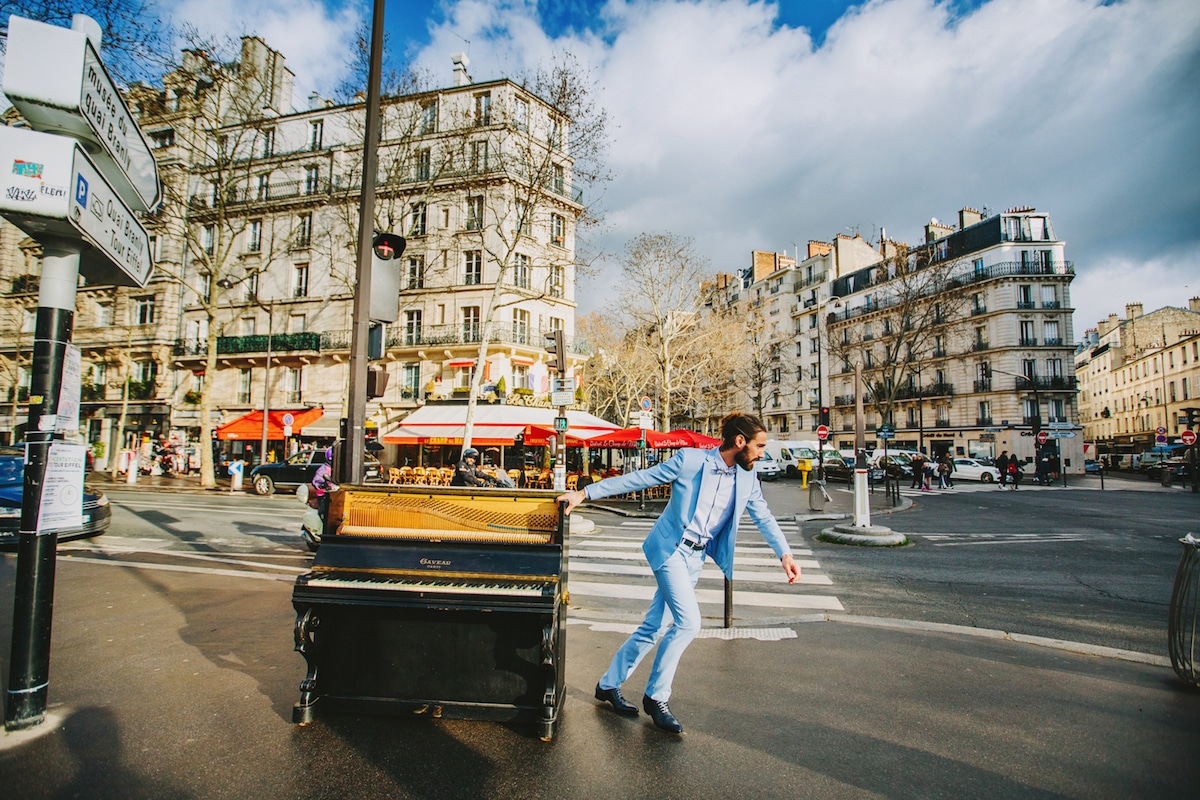 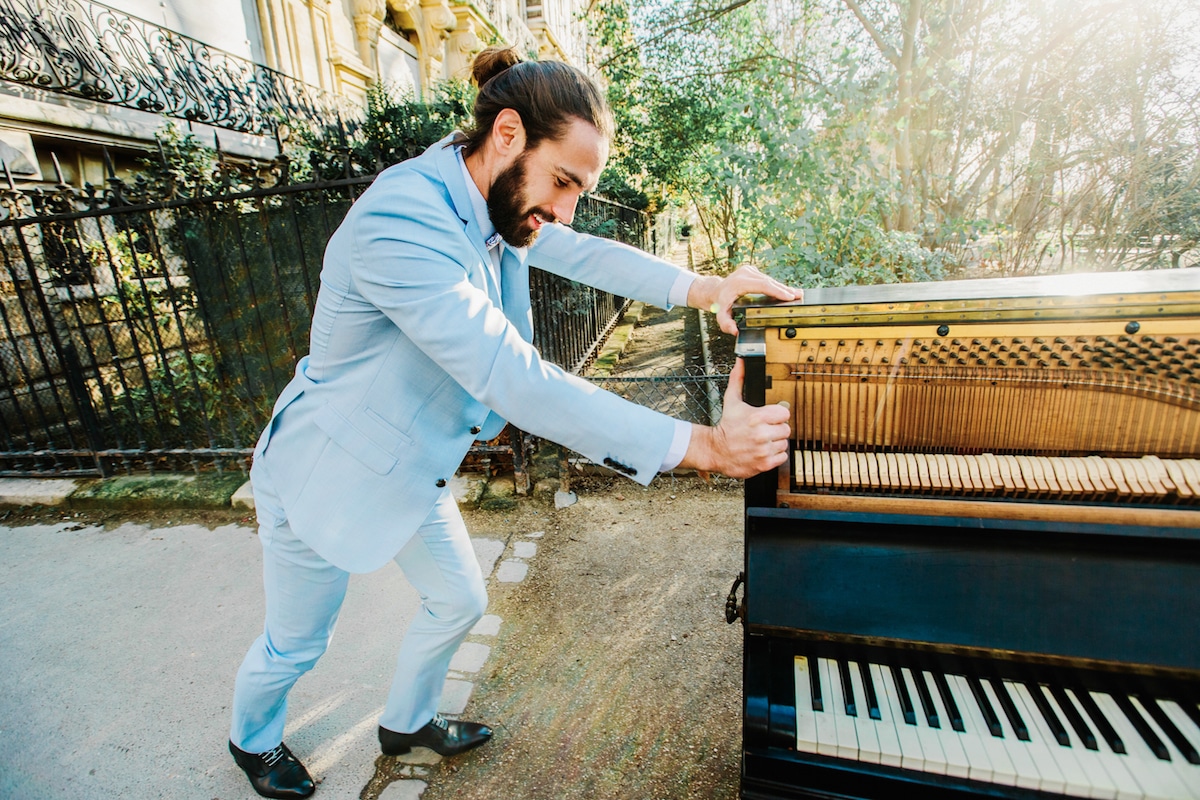 His goal was to surprise his fiancée Maya by singing his vows at the Eiffel Tower. 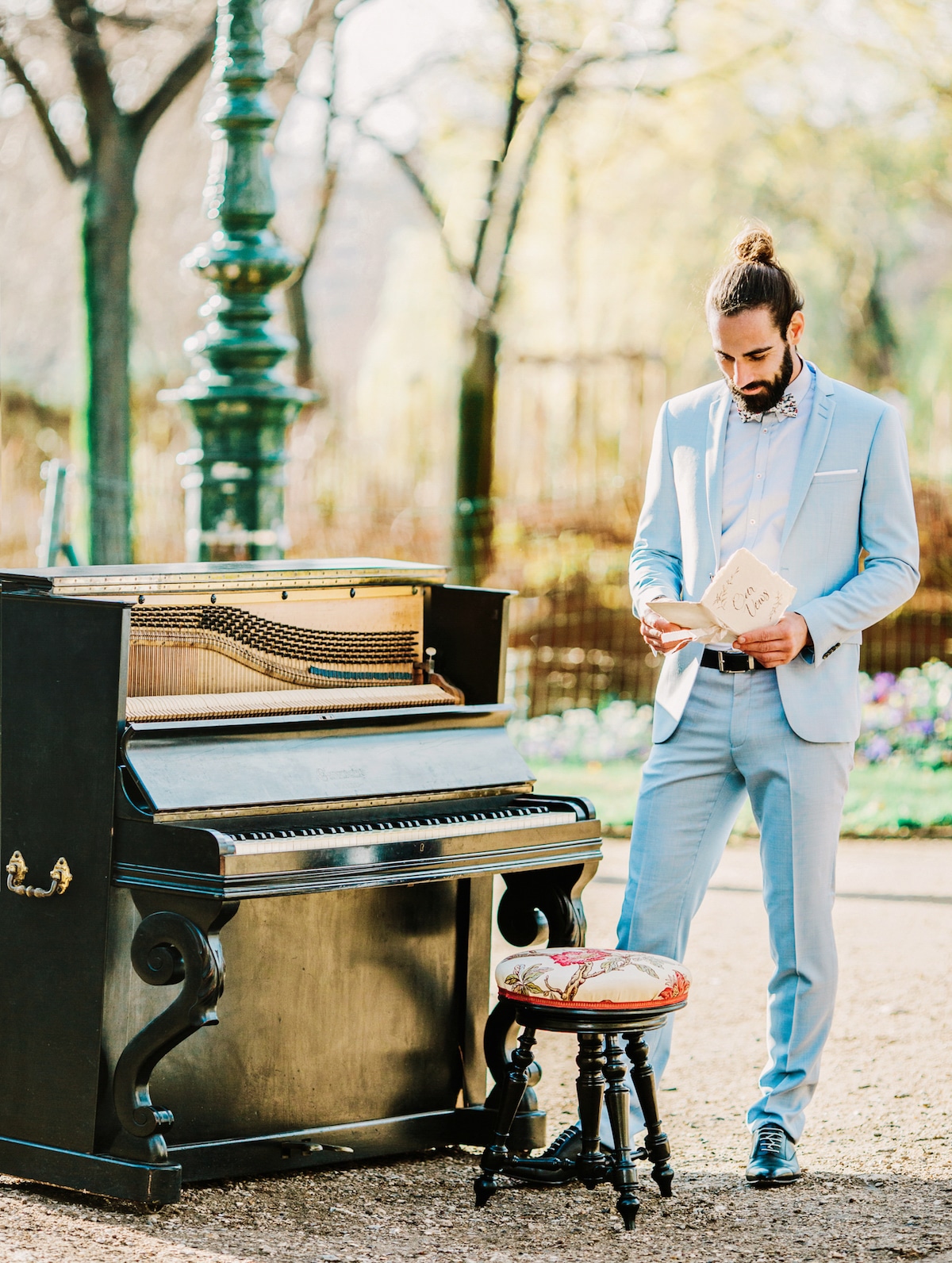 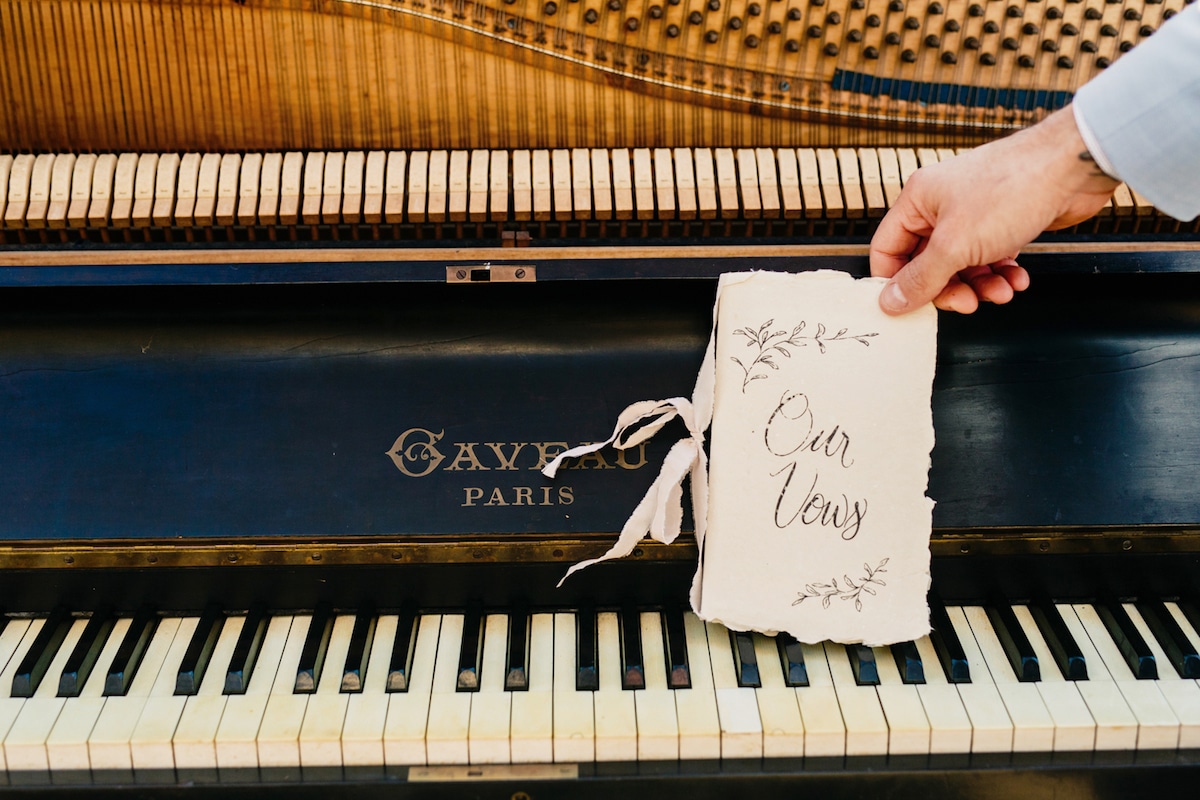 Photographer Priscila Valentina captured the grand gesture as it unfolded. 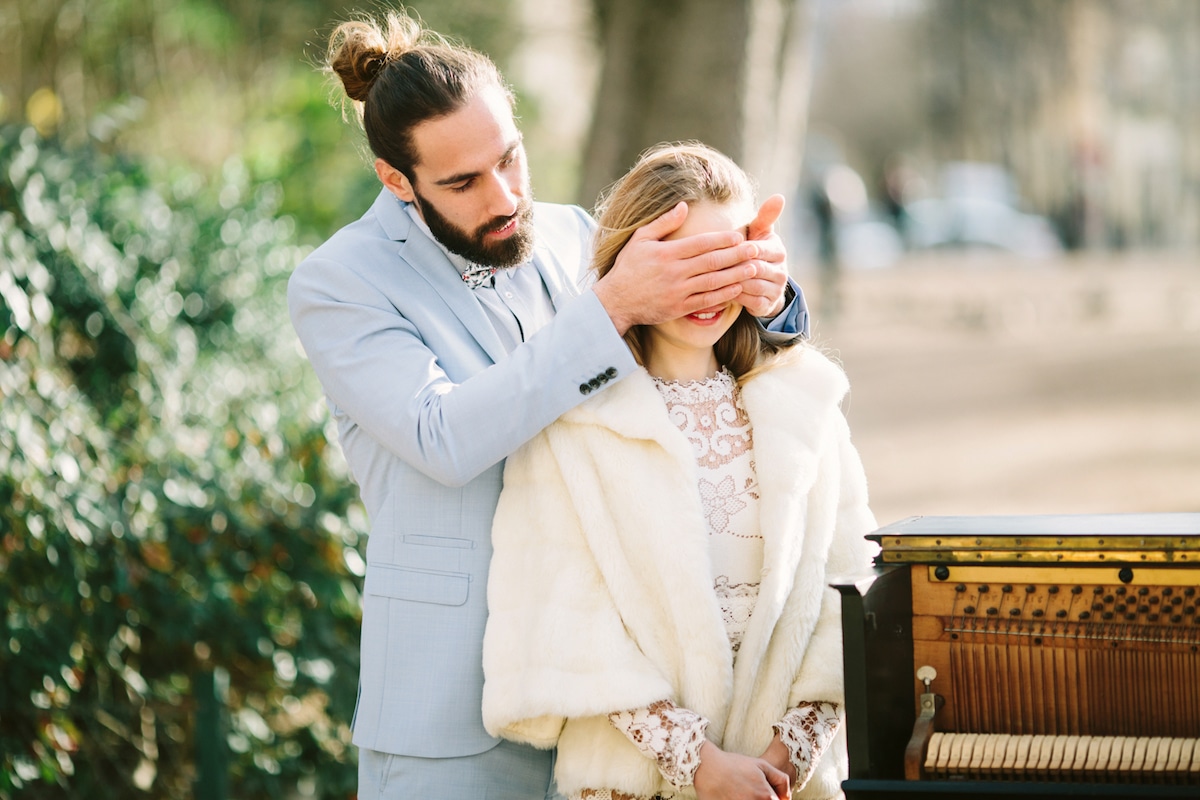 Maya was totally shocked and delighted. 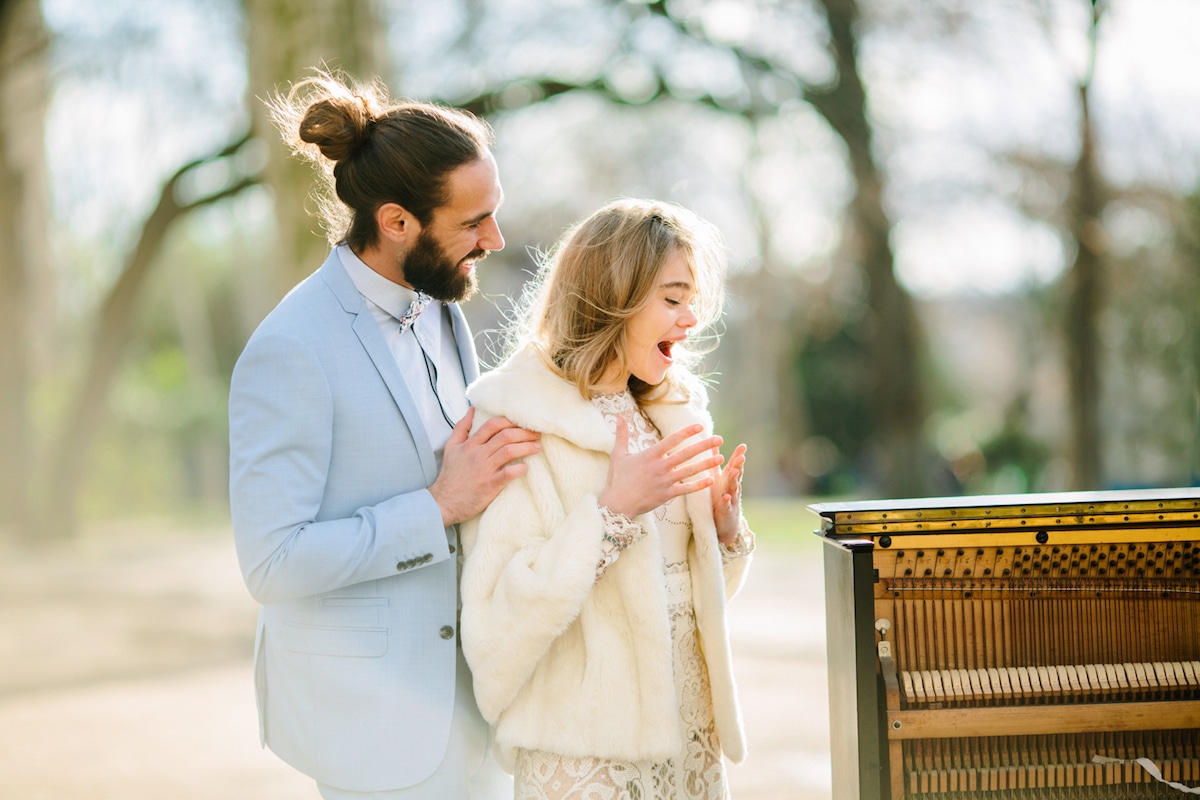 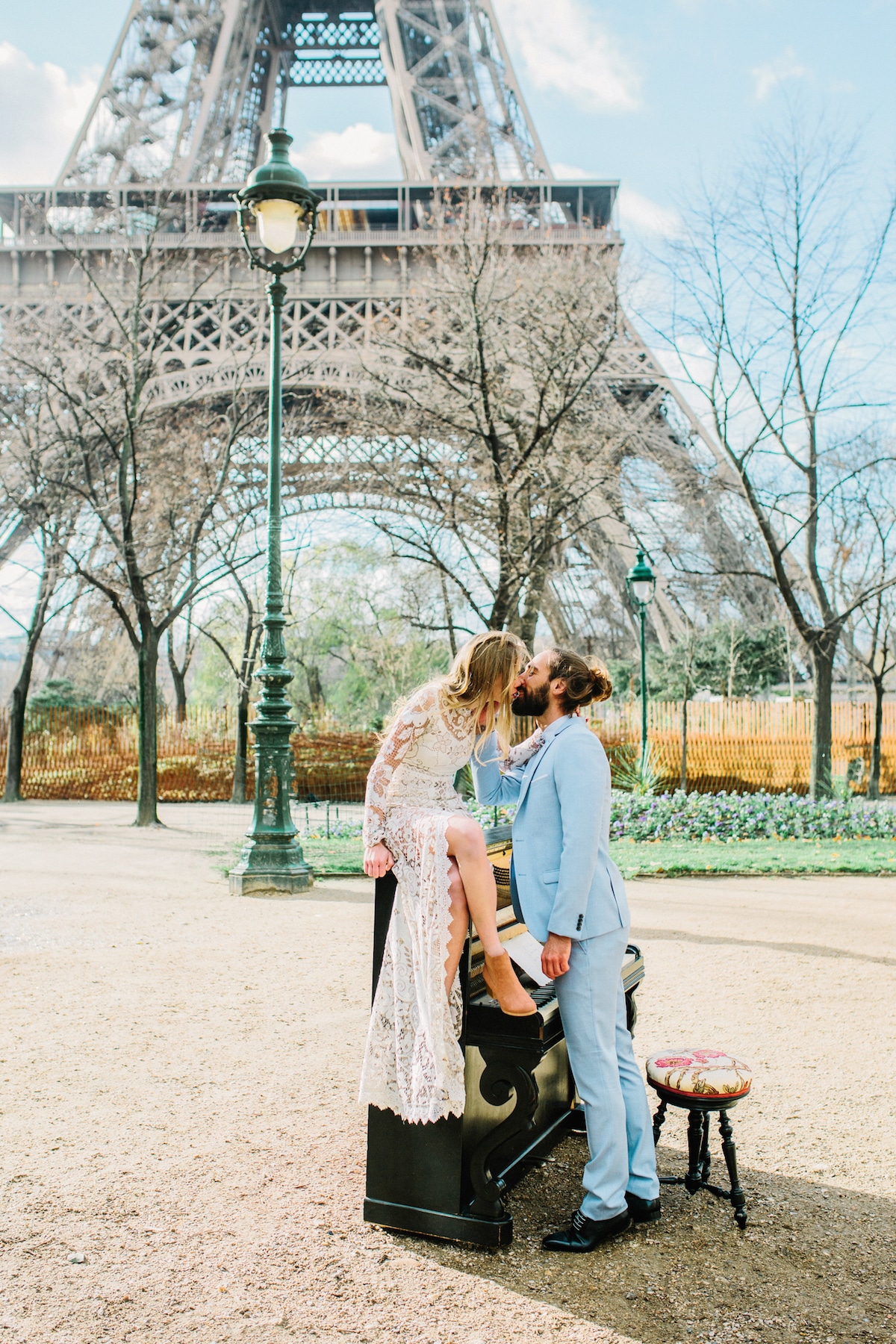 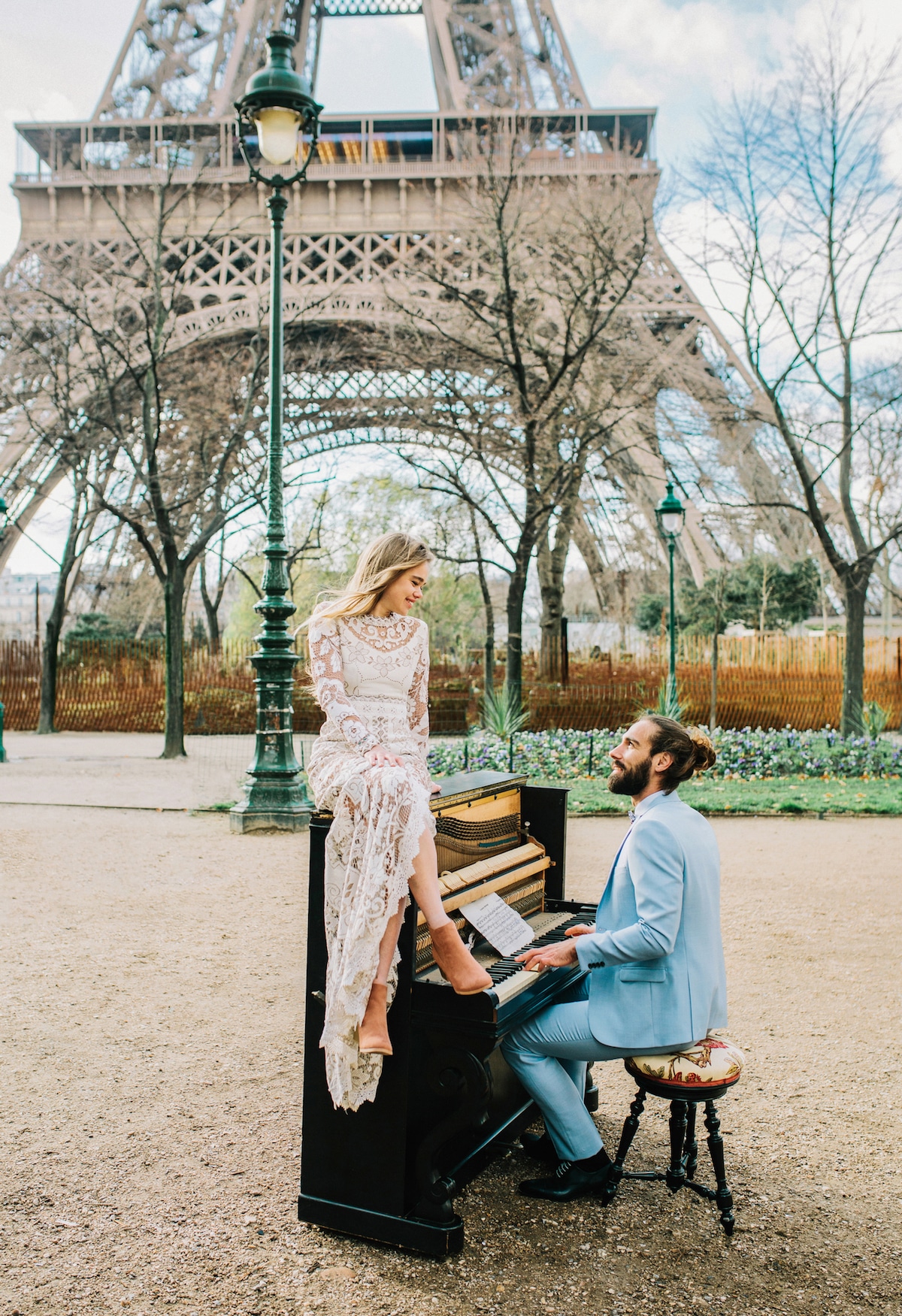 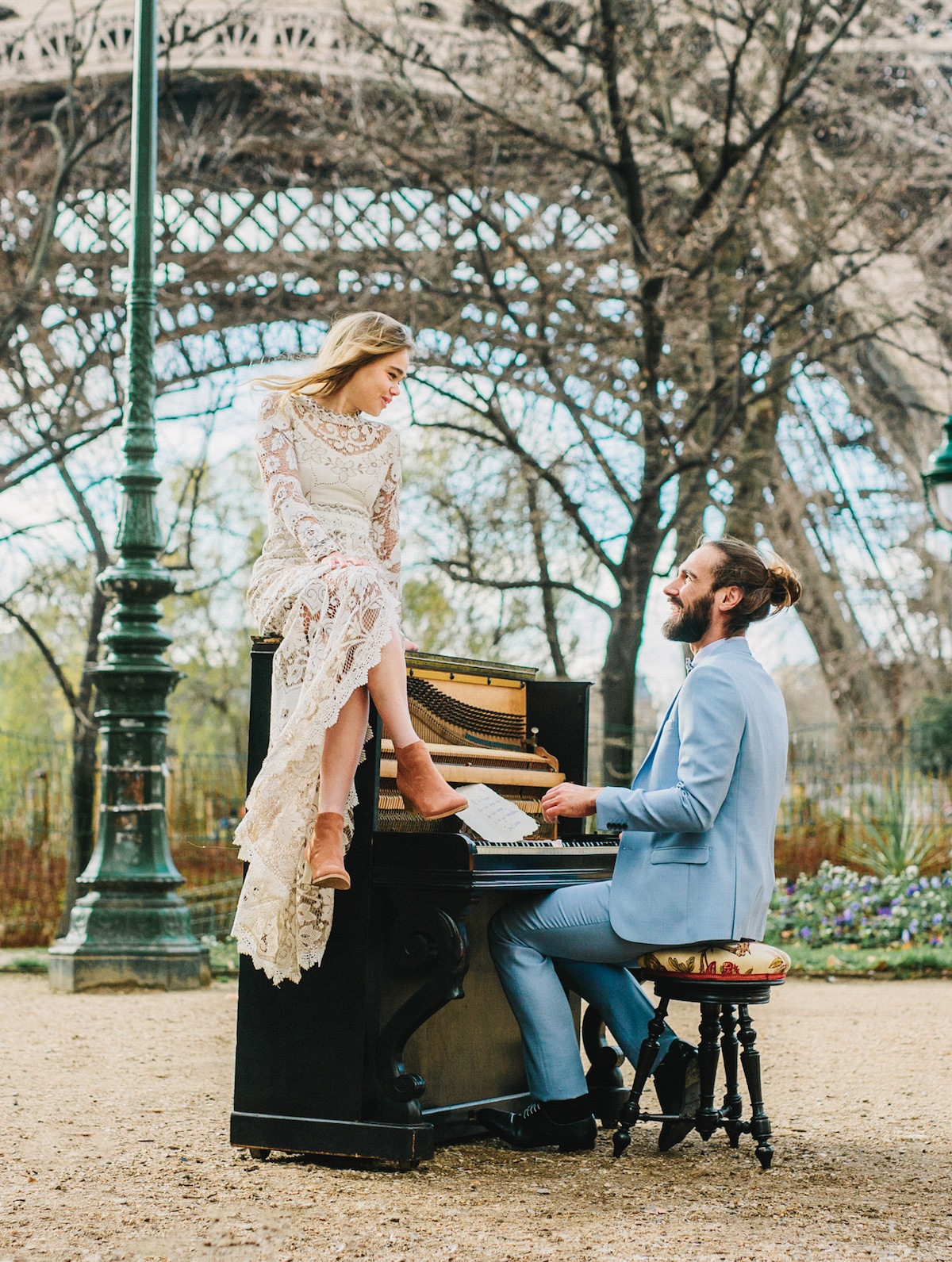 Then snow began to fall, creating the perfect conditions for a romantic “Lost in Paris” moment. 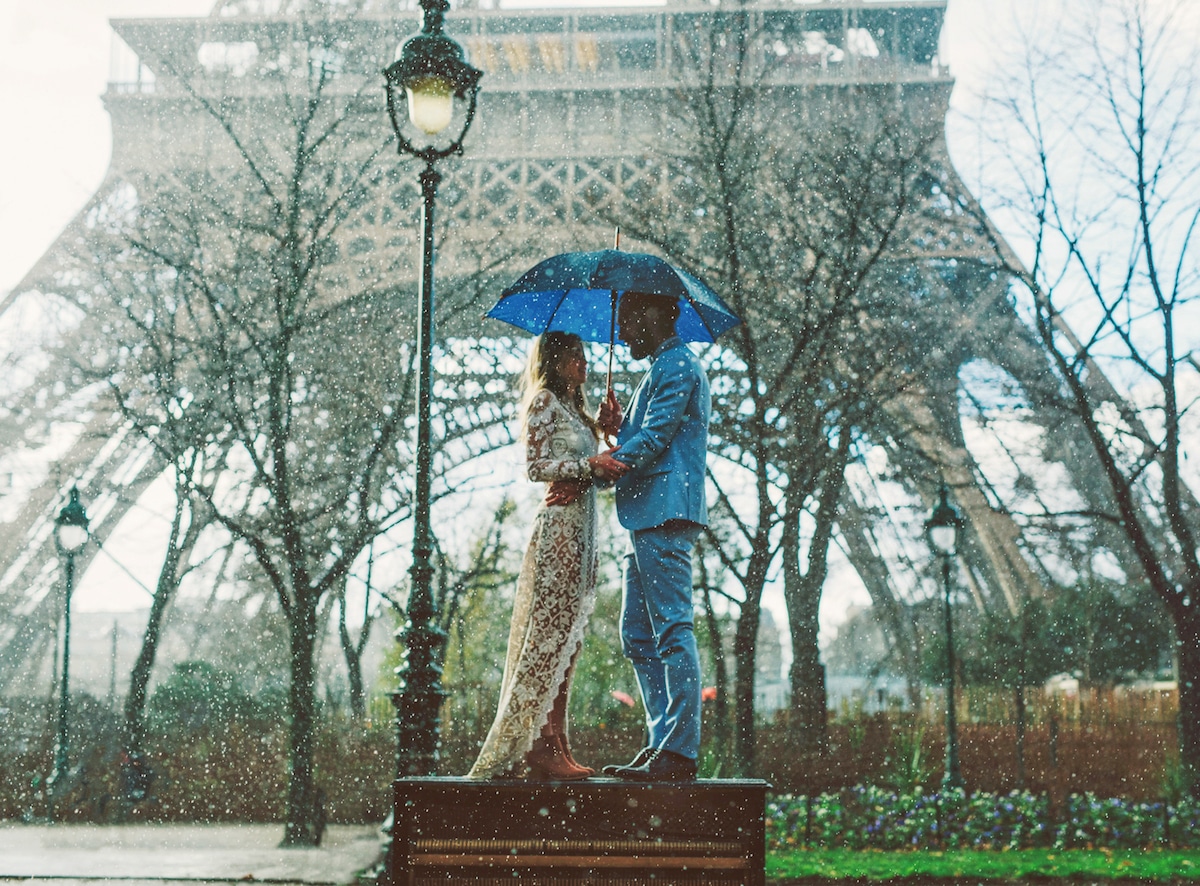 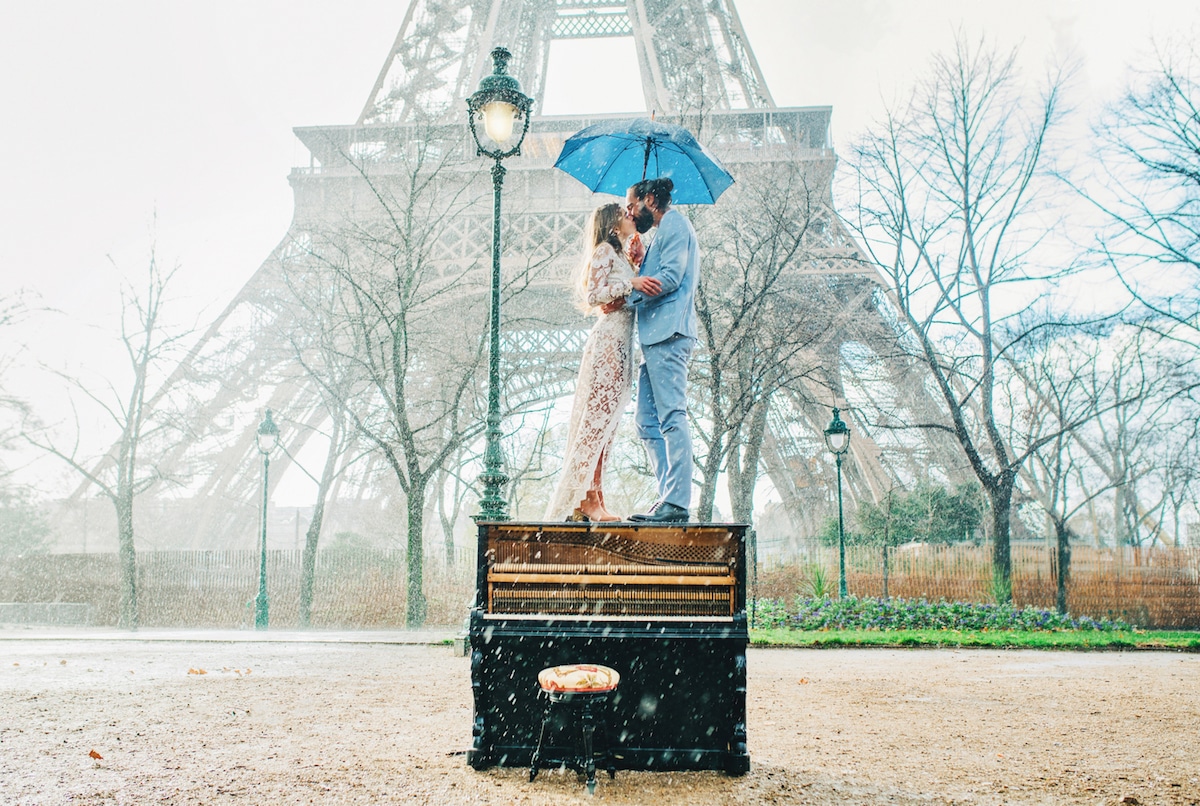 My Modern Met granted permission to use photos by Priscila Valentina.

21 Stunning Wedding Photos Captured in Breathtaking Destinations around the World

Love this romantic gesture? Share
Like My Modern Met on Facebook
Get Our Weekly Newsletter
Become a
My Modern Met Member
As a member, you'll join us in our effort to support the arts.
Become a Member
Explore member benefits 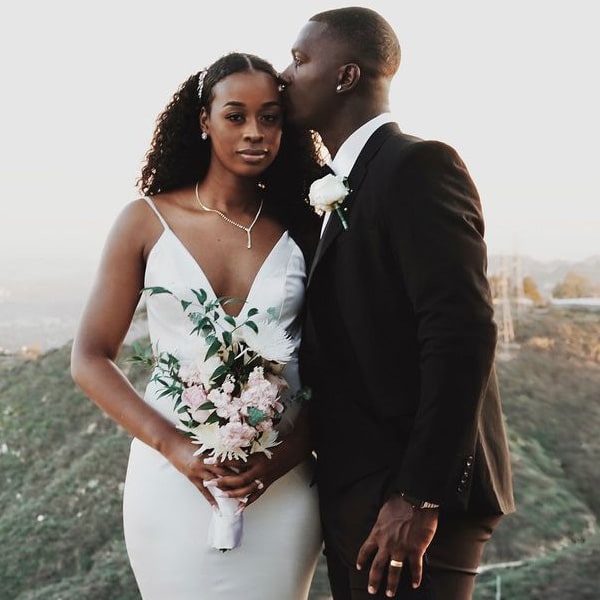 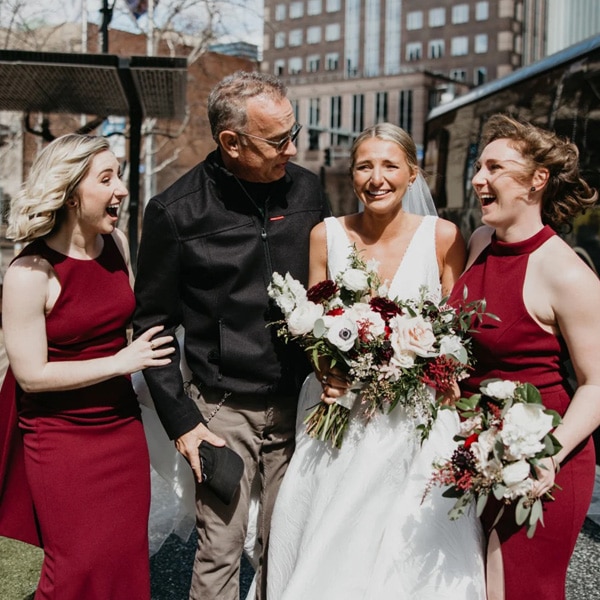