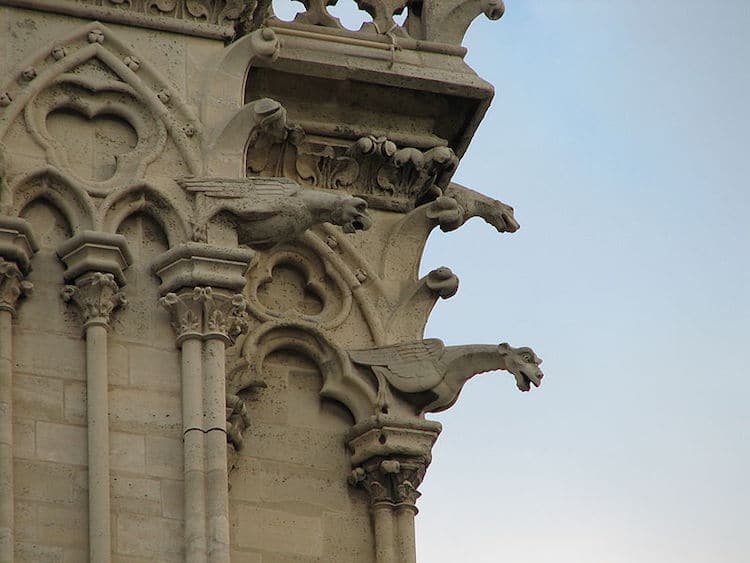 Fantastic and frightening, gargoyles have become one of the most distinctive features of Gothic architecture. Likely erected as a defense against demons, the stone statues are rooted in religion and steeped in superstition. While these looming figures can be found on the façades of most Medieval cathedrals, many of the protectors perched atop these buildings are not gargoyles at all—they're grotesques.

While both types of Gothic sculpture are designed to scare, gargoyles also serve an architectural purpose: they double as waterspouts, catching and draining rainwater. These gurgling figures gained prominence in Medieval France, though earlier editions have existed in different cultures for centuries.

Here, we take a look at the history of the gargoyle, focusing on its unique function and tracing the way it has evolved over time. 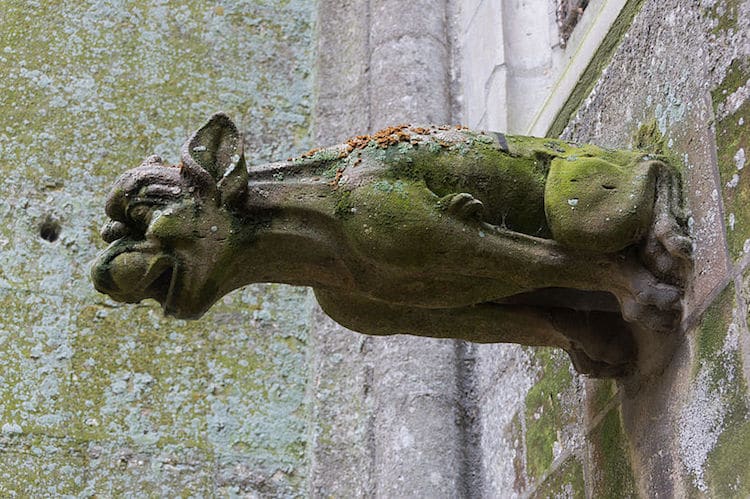 A gargoyle on the Cathedral of Bayeux in Normandy, France (Photo: Jebulon via Wikimedia Commons CC0 1.0)

What is a Gargoyle?

A gargoyle is a grotesque that also acts as drain-spout. In art history, a grotesque is any fanciful figure reminiscent of those found painted on the walls of grottoes—or cave-like ruins—in Ancient Rome. During the Gothic period, however, the term grotesque was used specifically to describe the peculiar sculptures found on churches, cathedrals, and other Catholic institutions. 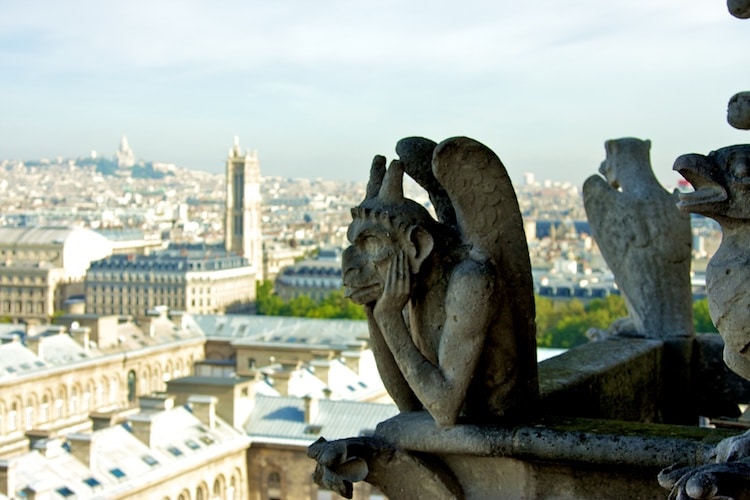 Though they differ in function, both gargoyles and grotesques were intended to scare and protect. Thus, intimidating animals, exotic hybrids (called chimera), mythical creatures, and even unsettling humans are popular subjects across both types of sculpture—though some are more humorous than hair-raising.