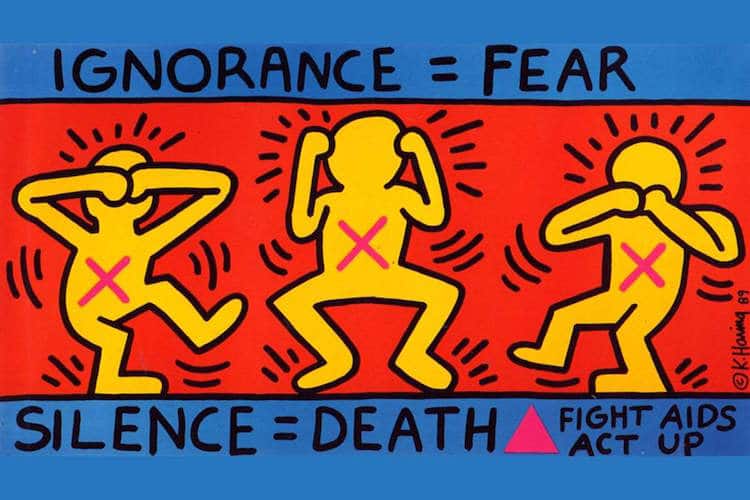 Since making its colorful debut in the 1950s, Pop Art has remained a prominent artistic movement. Thanks to the innovations of well-known masters like Andy Warhol, David Hockey, and Keith Haring, the one-of-a-kind genre marked the end of modernism and celebrated the onset of contemporary art.

Key pieces of Pop Art helped to facilitate this significant shift in artistic sensibilities. From Richard Hamilton's unconventional collage that sparked the movement to Roy Lichtenstein's most iconic comic book adaptation, these experimental masterpieces prove that popular culture is more than meets the eye.

What is Pop Art?

Pop Art is a distinctive genre of art that first “popped” up in post-war Britain and America. Primarily characterized by an interest in popular culture and imaginative interpretations of commercial products, the movement ushered in a new and accessible approach to art. Ranging from quirky to critical, the pieces produced by Pop artists in the 1950s and 1960s commented on contemporaneous life and events.

In addition to the unique iconography itself, the artists' treatment of the subject matter helps to define the genre. Renowned for its bold imagery, bright color palette, and repetitive approach inspired by mass production, the movement is celebrated for its unique and recognizable style.

Richard Hamilton, Just what is it that makes today's homes so different, so appealing? (1956)

Created in 1956, this collage is considered the catalyst for Pop Art's proliferation in the United Kingdom. British artist Richard Hamilton crafted it for This is Tomorrow, a special exhibition at London's Whitechapel Art Gallery that presented contemporary artists' interpretations of modernity and their predictions for the future.

Just what is it that makes today's homes so different, so appealing? incorporates several communication-related themes preemptively brainstormed by Hamilton. These include: “Man, Woman, Food, History, Newspapers, Cinema, Domestic Appliances, Cars, Space, Comics, TV, Telephone, Information.” Using clippings from American magazines, he created a scene based on these motifs, literally crafting a work of art from pieces of popular culture and commenting on “the various influences that were beginning to shape post-war Britain.”

In 1962, American artist Andy Warhol first explored his well-known “soup can” motif. 32 Soup Cans is composed of 32 hand-painted and hand-stamped canvases, each depicting a different flavor of Campbell's Soup. Warhol, a pioneering pop artist, chose this subject matter because it captured Pop Art's focus on mass production and his own artistic interest in repetition. “I used to drink it. I used to have the same lunch every day, for 20 years, I guess, the same thing over and over again.”

Soon after painting this collection of canvases, Warhol would continue to experiment with the soup can motif and with the idea of multiples. However, with these later works, he shifted his process from painting to silk-screening, a method of printmaking fittingly used in the commercial production of advertisements.

Known for his colorful, comic-book-inspired paintings, artist Roy Lichtenstein put an animated and energetic spin on Pop Art. Whaam!, one of his most well-known compositions, adapts a scene from All American Men of War, a popular series published by DC comics from 1956 to 1966.

Reminiscent of an open comic book, Whaam! is rendered on 2 panels. On the left side of the diptych, an aircraft shoots another plane, which—along with the exclamation “WHAAM!”—takes up the entire right side of the piece. While the composition is strikingly similar to the original depiction, Lichtenstein changed several details: he altered the aircrafts' designs, omitted a speech bubble, and changed the color scheme.

These small changes speak to Lichtenstein's larger objective, which was to personalize these mass-produced works of art. “I don't draw a picture in order to reproduce it—I do it in order to recompose it,” he explained. “I go all the way from having my drawing almost like the original to making it up altogether.”