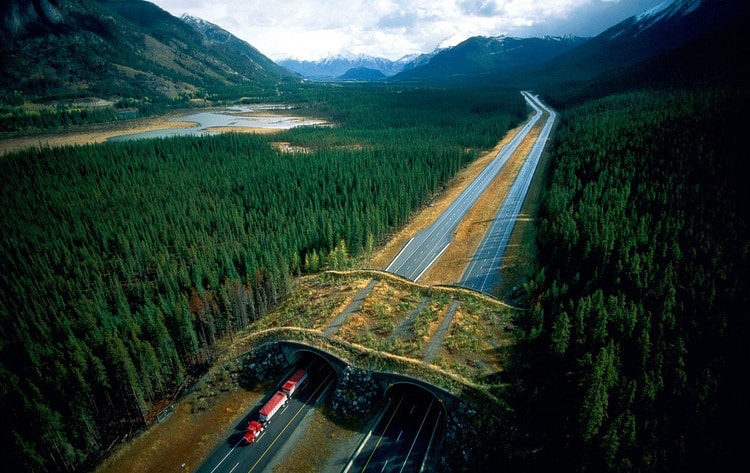 Wildlife crossings are more than simple road signs as you speed down the highway. Conservationists use all sorts of methods to keep our furry friends safe from becoming roadkill or having their habitats fragmented. Increasingly, animal bridges are being employed around the globe in order to preserve our ecosystems.

In the United States alone, it's estimated that road systems affect the ecology of one-fifth the land area of the country and that vehicle-animal collisions cost $8 billion a year. Wildlife overpasses and underpasses help assist animals in safely passing over (or under) busy roadways and allows them to continue their path within their habitat, which would otherwise be blocked by asphalt.

The first animal bridges sprung up in France in the 1950s. In fact, Europe is a leader in the sector. The Netherlands alone has over 600 wildlife crossings, including overpasses and ecoducts that protect its populations of badgers, boars, and deer. They can also boast of having the world's longest wildlife overpass. The massive Natuurbrug Zanderij Crailoo is a half-mile long, crossing a rail line, river, business park, and sports complex.

In the past 30 years, Canada and the United States have increasingly used animal bridges to protect their wildlife. For instance, the Banff National Park in Alberta has a network of underpasses and bridges that animals have crossed with increased frequency since their construction 25 years ago.

But lest you think wildlife crossings are only designed for large mammals, two clever projects prove that animal bridges function in many different situations. For instance, a bridge on Christmas Island in Australia helps 50 million red crabs pass over a busy road to continue their migratory route. And in Washington, a special rope bridge dubbed the ‘Nutty Narrows Bridge' guides squirrels across a busy thoroughfare. 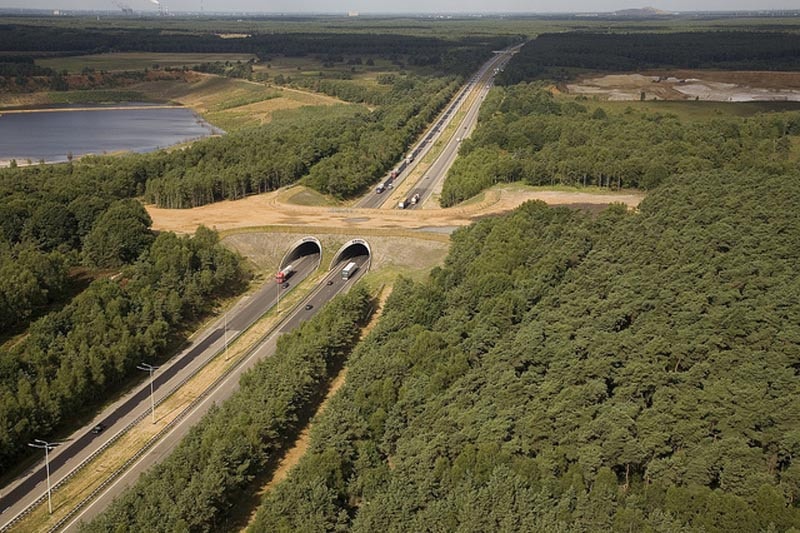 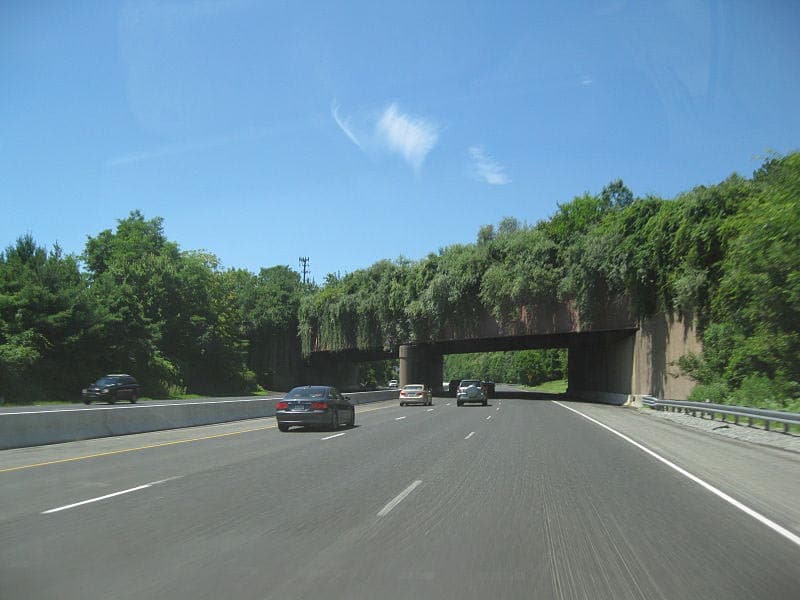 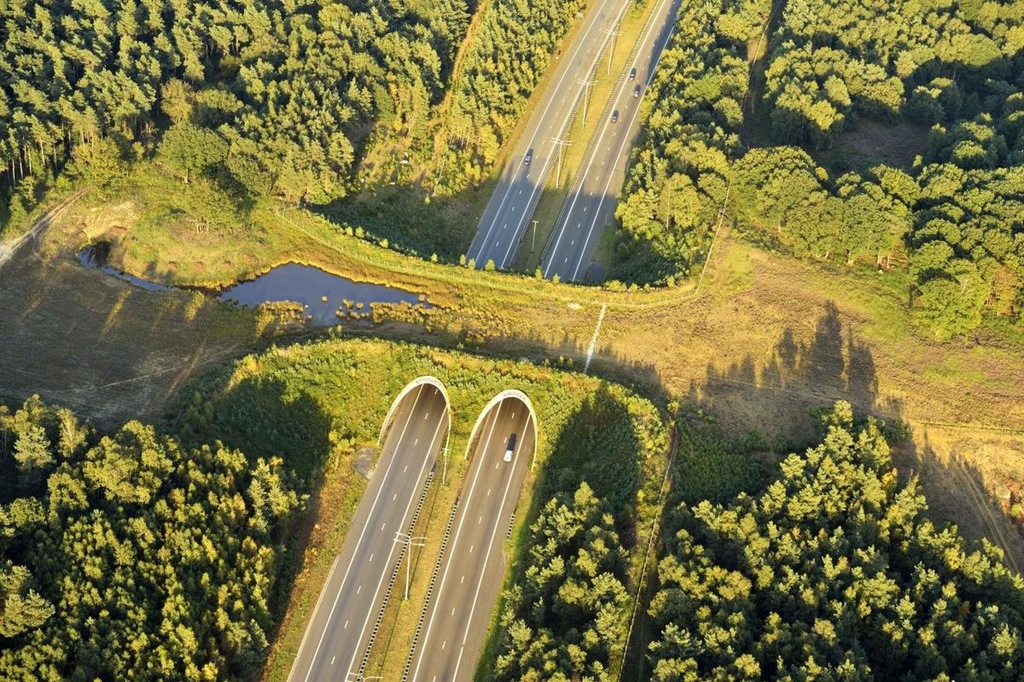 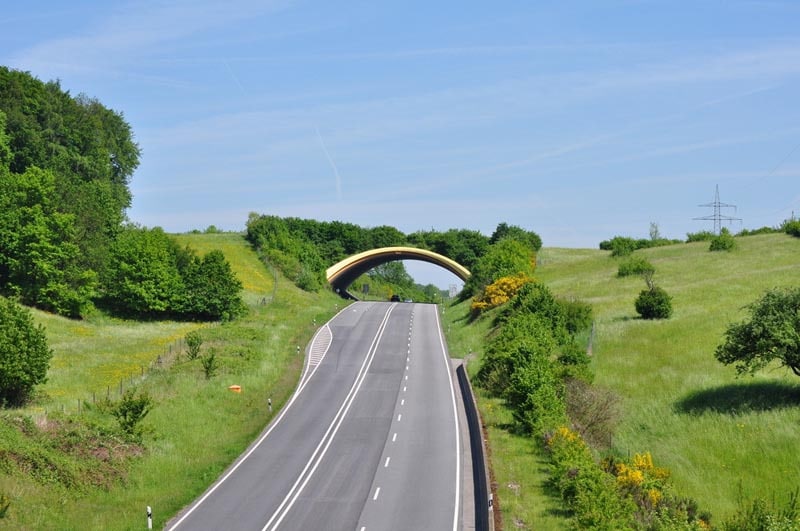 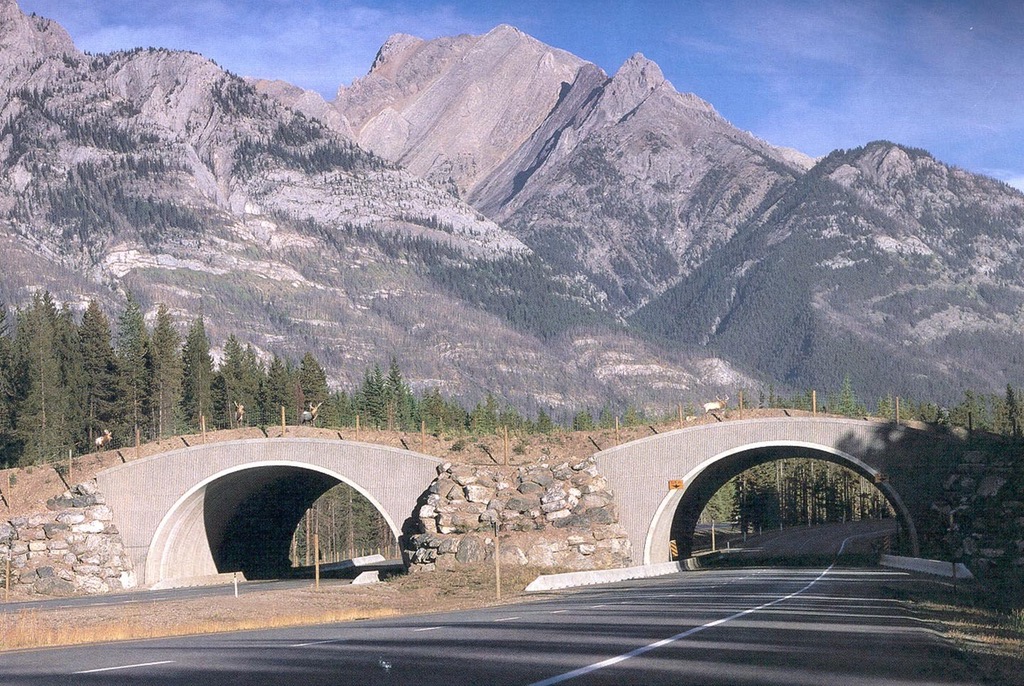 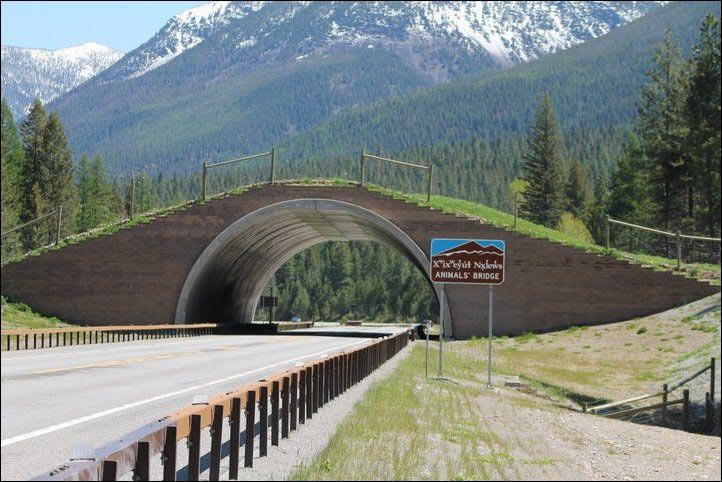 Montana. Image via The Pedigree Artist 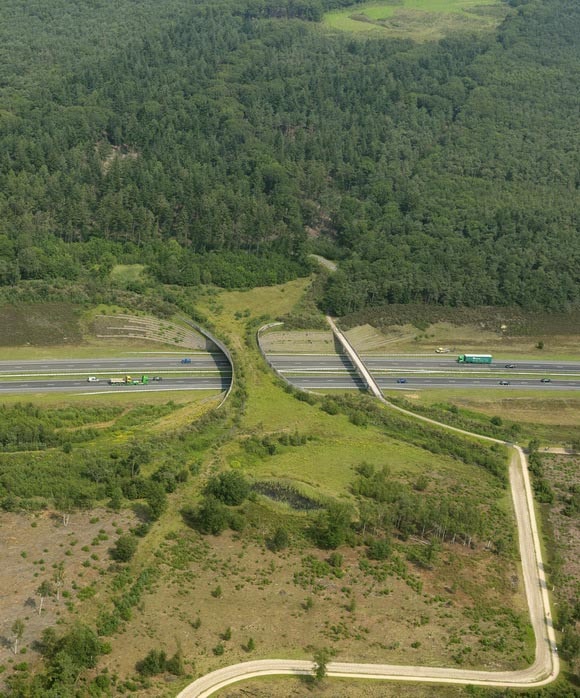 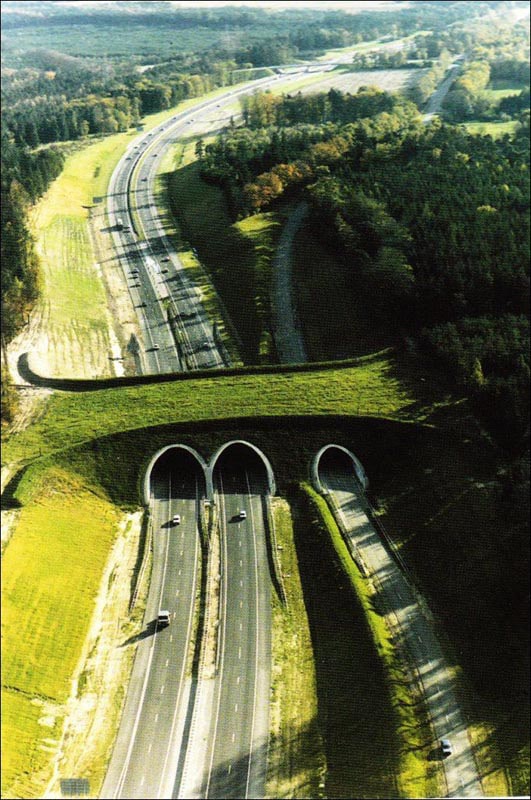 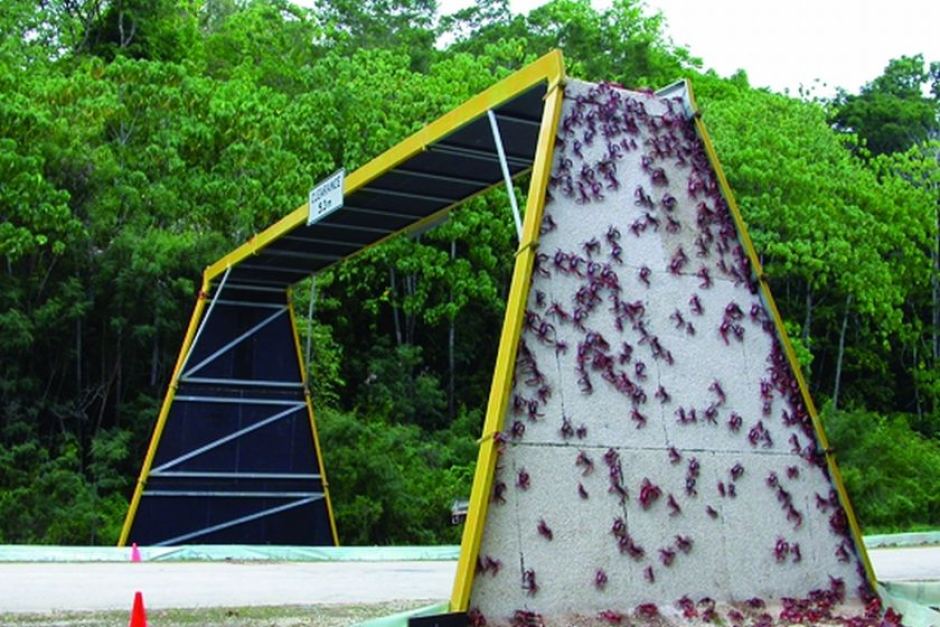 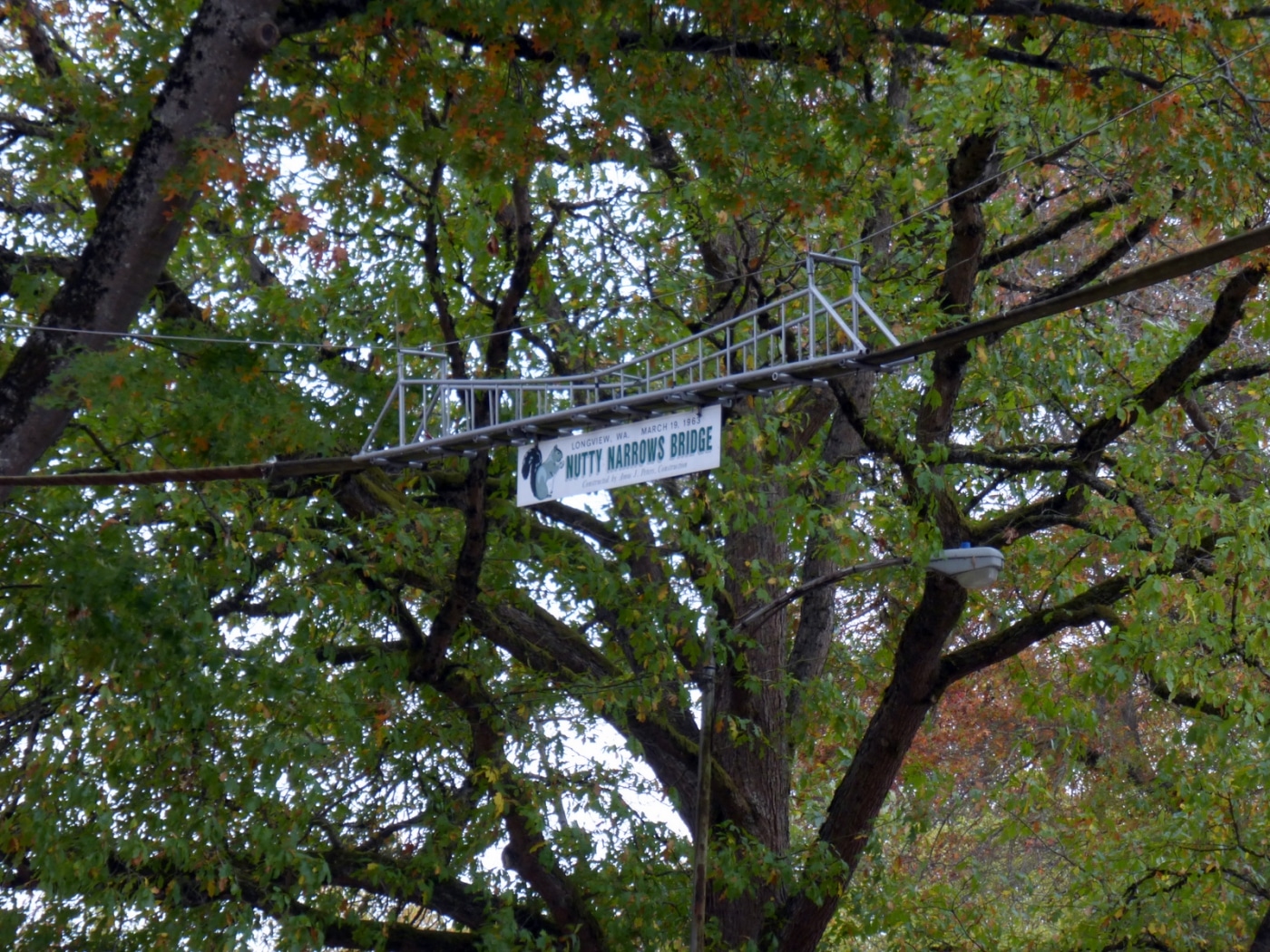 This video about Banff National Park in Canada explains the benefits of their wildlife crossings.