National Geographic just announced the winners of their global photography contest! Out of over 16,000 entries, Aaron Lim Boon Teck of Singapore won the grand prize (and Winner of the Nature category) for his amazing shot of the eruption of Indonesia's Gunung Rinjani volcano. His photo will be published in worldwide editions of Nat Geo magazine. He'll also receive $10,000 and a trip to the Nat Geo headquarters in Washington D.C. to participate in their photography seminar. Here's the story behind the shot: “On June 2009, my friends and I planned to trekked Gunung Rinjani,” said the photographer. “Our plans were foiled due to the eruption and we could only trek to the crater rim. This was what I saw when I was there. Trekkers whom were able to make it up to the crater rim on time were able to camp overnight to witness the eruption the whole night long. I wanted to share with everyone this experience of seeing many elements going on at a particular point in time, that is many trekkers beholding the sight of a volcanic eruption as the sun slowly rose from behind Rinjani on the left and the moon setting on the right.” “The National Geographic Photography Contest engages with photo enthusiasts from around the world who are using the power of photography to share their own personal stories,” said Kurt Mutchler, executive editor for photography at National Geographic magazine. “The quality of photographs received this year was remarkable, and we are thrilled to offer Aaron a unique opportunity to share his compelling work with an international audience by publishing his photograph in National Geographic magazine.” Winner: People Category 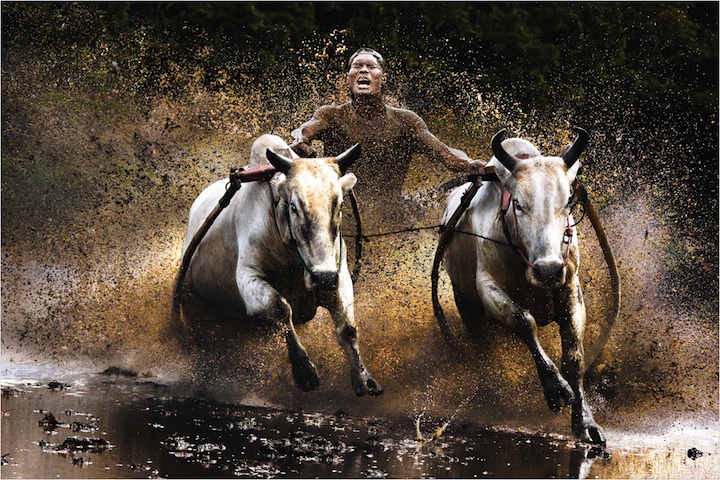 Chan Kwok Hung of Hong Kong won in the People category for his photo of a buffalo race. “This photo was taken in Indonesia,” he says. “Farmers (hold) the buffalo race before the farming season every year, they believe they will be lucky if their buffalo wins the race.” Winner: Places Category 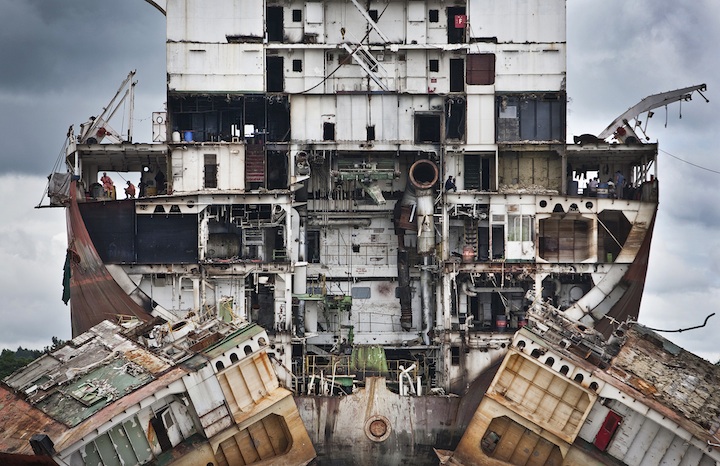 Jana Asenbrennerova of San Francisco won the Places category with this shot of ship breakers in Chittagong. “Chittagong in Bangladesh is the second biggest ship breaking yard in the world,” she explains. “It is a graveyard where ships are taken in from all around the world for their last voyage, to be taken apart. Known for unsafe work practices and environmental pollution due to the demolition and ship breaking processes, Chittagong presents one of the biggest industry and job opportunities for many Bangladeshis. In this image, a ship cut in half is taken apart by workers, mostly by hand, one piece at a time.” These winning photos can also be viewed at National Geographic where you can download them as wallpapers and jigsaw puzzles.