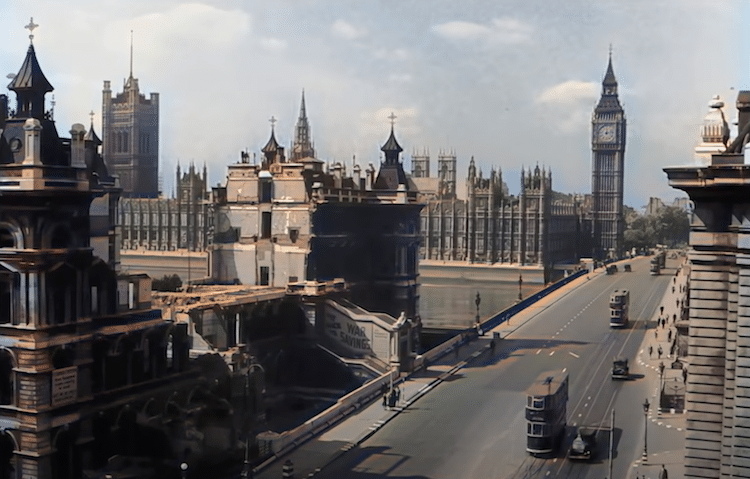 Many people enjoy watching films from the mid-20th century to catch a glimpse into a past existence. However, these movies rarely show you what life was really like for otherwise ordinary folks. The Netherlands-based film editor known as Ricks Filmrestoration (Rick88888888 on YouTube) is changing that with restored, colorized, and enhanced video footage of war-torn London during World War II.

The nearly 20-minute long experience travels across the city, capturing iconic landmarks that have been battered by bombs as well as nostalgic scenes of regular people going about their daily business. The rare, old footage comes from an unknown film about London, known by its working title as Heart of the City.

“The film shows remarkable scenes of bomb damage, close up filming of the release of barrage balloons, anti-aircraft gun positions, traffic at Trafalgar Square, Piccadilly Circus, military parades in front of Buckingham Palace, beautiful scenes of the Thames during daytime and at dusk, Waterloo Station, and much more,” Rick says in the description.

Rick used AI technology to supplement the video footage seen below. The scenes have been motion-stabilized, speed corrected, and color enhanced to bring history to life. Scroll down to watch the full video, and subscribe to Rick88888888's YouTube channel for more historic videos.