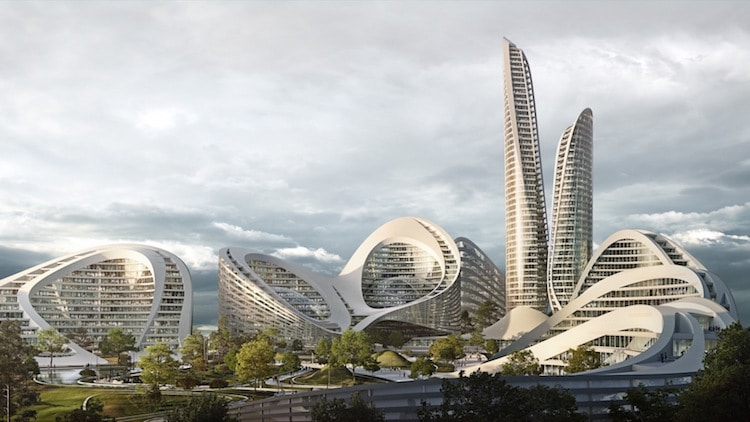 Shortly after announcing that they will be building a new Philharmonic Concert Hall in Yekaterinburg, Zaha Hadid Architects has been granted an even bigger project in Russia's capital. The team of ZHA and the Russian firm TPO Pride Architects is one of three consortiums that will be creating the Rublyovo-Arkhangelskoye neighborhood west of Moscow.

The new area will be developed across 1,136 acres (460 hectares), with one third used as parkland and forest bordering the Moscow River. A 74-acre (30-hectare) lake at the center will provide a natural respite from the city. Rublyovo-Arkhangelskoye itself is fulfilling a critical role in helping with Moscow's rapid growth, as the population has increased by 30% over the past 20 years. A new metro line will link the area with Moscow's city center, to meet the demands of citizens without overcrowding the center.

Looking to become a global benchmark for sustainable cities, Rublyovo-Arkhangelskoye will integrate new technology to optimize consumption and increase connectivity. “Working with specialist teams in Russia and Europe, we developed a people-centric design for a smart interconnected city that brings people together not only through innovative technology but also through organizing the public realm; building a community that integrates the natural aspects of the site with principles of openness and inclusivity in high quality architecture suited for the 21st century,” shares Christos Passas of ZHA.

Zaha Hadid Architects and TPO Pride Architects are one of three consortiums that will build the Rublyovo-Arkhangelskoye neighborhood west of Moscow. 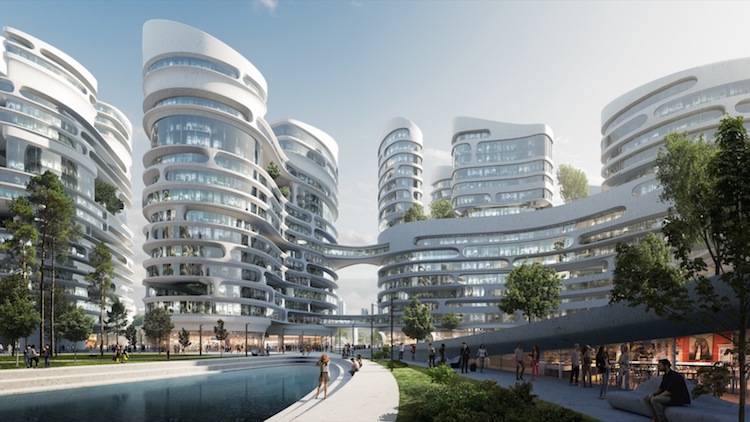 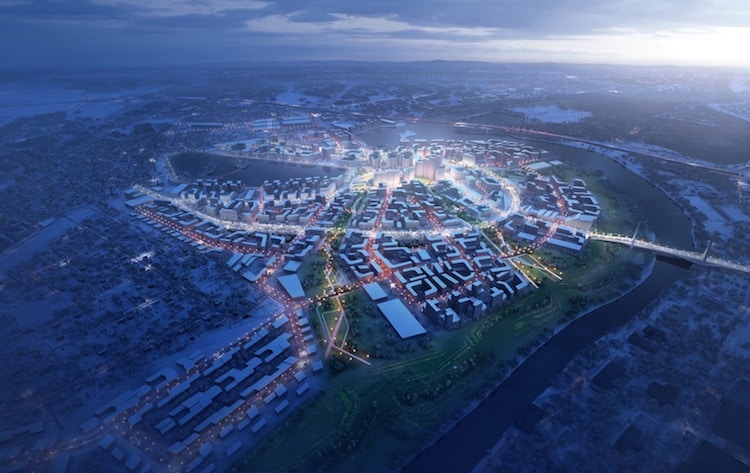 All images via Flying Architects.