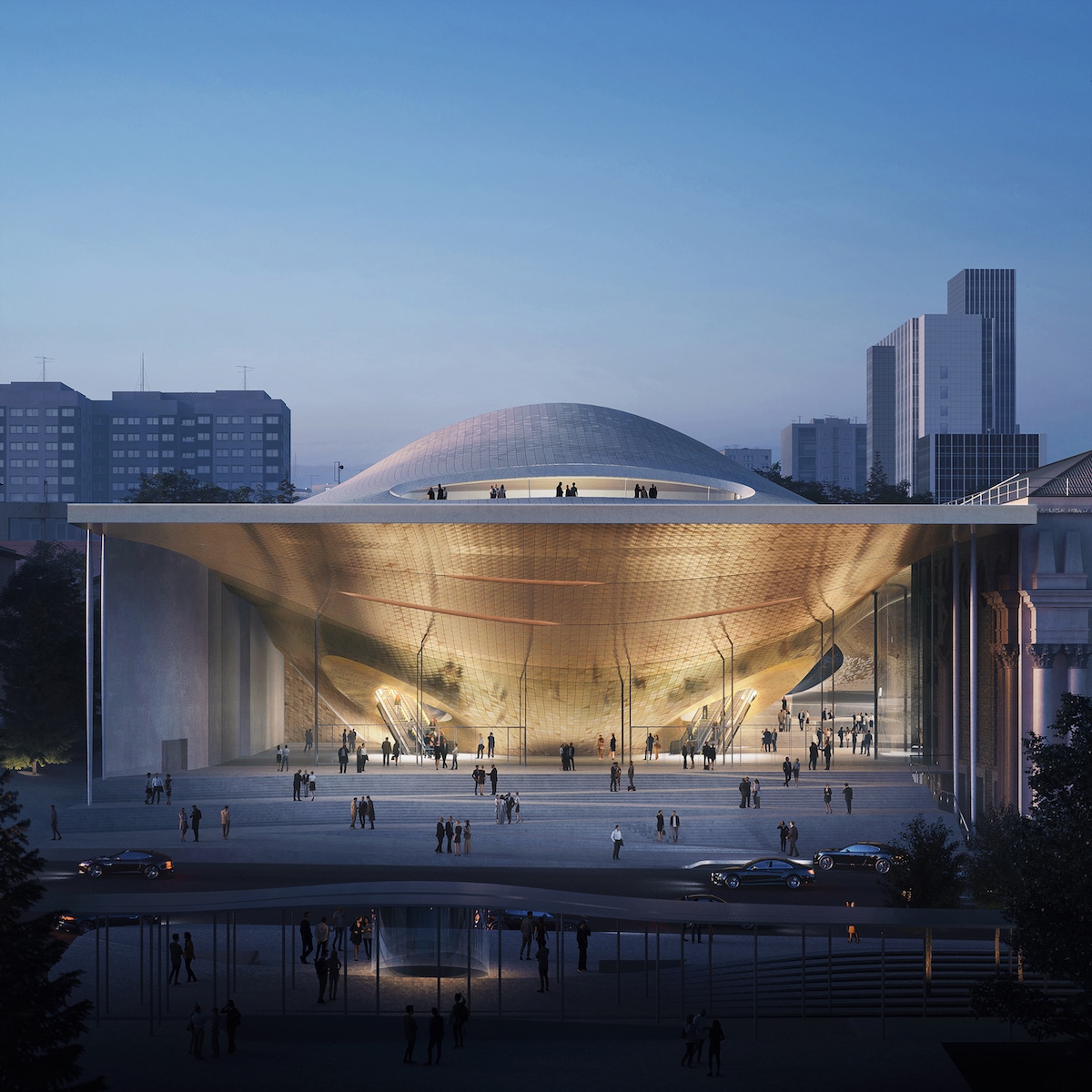 After winning an international design competition, Zaha Hadid Architects has been tasked with building the new Sverdlovsk Philharmonic Concert Hall in Yekaterinburg, Russia. As Russia's third-largest economy, Yekaterinburg is a thriving hub and has distinguished itself as a crossroads of European and Asian culture. Now, the city will have a world-class concert hall to call even further attention to itself.

Zaha Hadid Architects beat out 46 other international teams with their design, which is inspired by the physical aspects of sound waves. Its undulating, suspended canopy is a visual representation of smooth sound resonance. The canopy itself seems to float above a civic plaza that will provide a new community gathering space, in addition to acting as the lobby of the Philharmonic.

A 1,600-seat Concert Hall and 400-seat Chamber Music Hall will be built to high acoustic standards and are tucked under the wave formations of the canopy. This will allow the acclaimed Philharmonic, which regularly sells out and performs internationally, an even greater showcase for its talents. Currently, the Philharmonic plays in a Concert Hall built in 1936. The new design is not meant to obliterate the past, but pay homage to and complement it.

The firm notes that the building that currently houses the Philharmonic was originally a Civic Assembly Building where all citizens could gather. ZHA cleverly incorporates an enclosed civic plaza into their design, recalling the past while looking toward the future. And by working on a new project in Russia, ZHA also looks back at the legacy left by the great Zaha Hadid.

“Russia has been a formative influence on Zaha Hadid Architects' creative work,” shared Christos Passas, project director at Zaha Hadid Architects. “From very early in her career, Zaha was attracted to the Russian avant-garde who conceived civic spaces as urban condensers that catalyze a public realm of activity to enrich creativity and community; allowing space itself to enhance our understanding and well-being. these principles are embedded within the design of the new Sverdlovsk Philharmonic Concert Hall.” 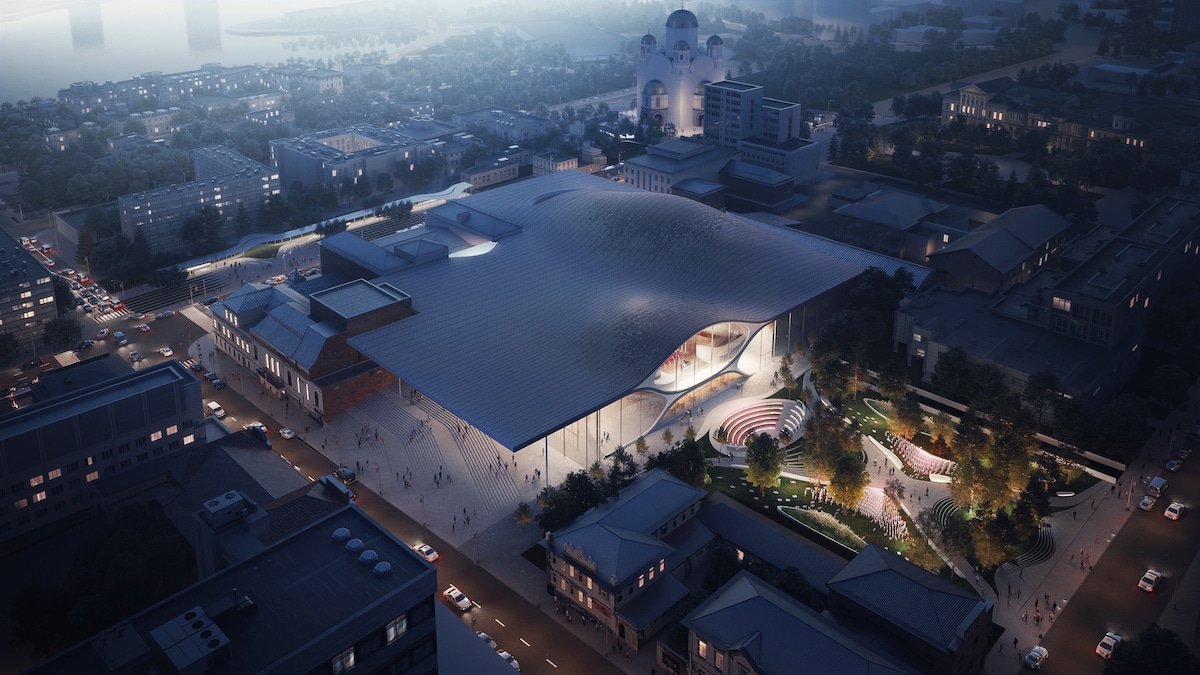 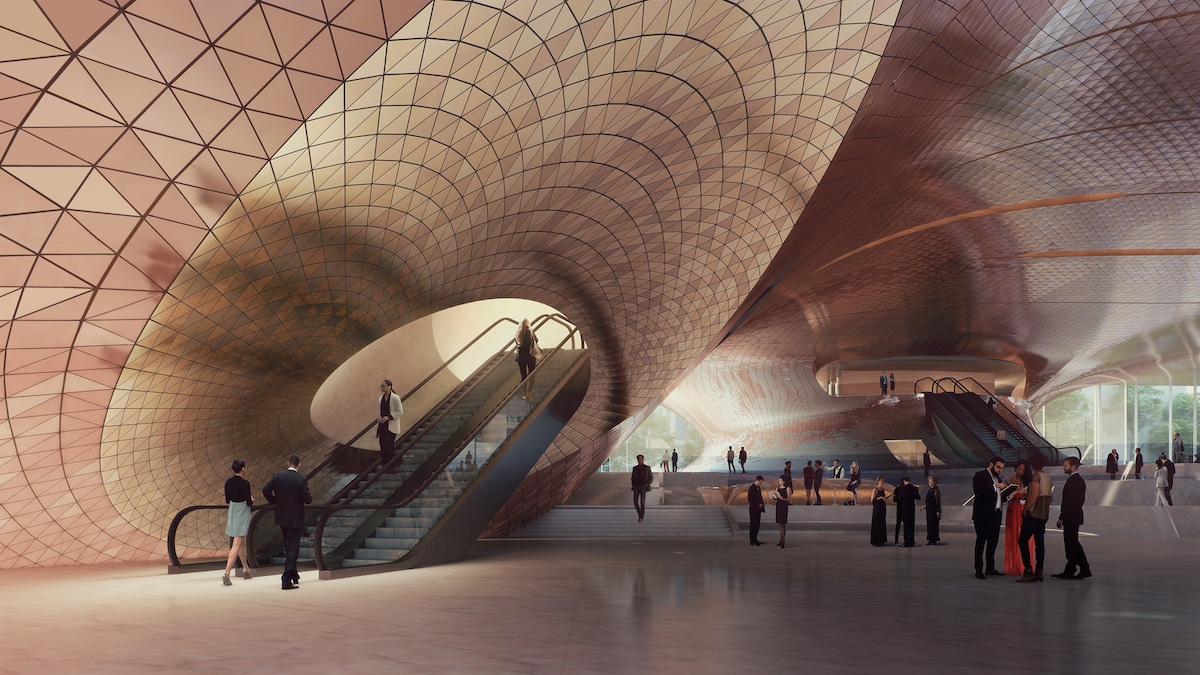 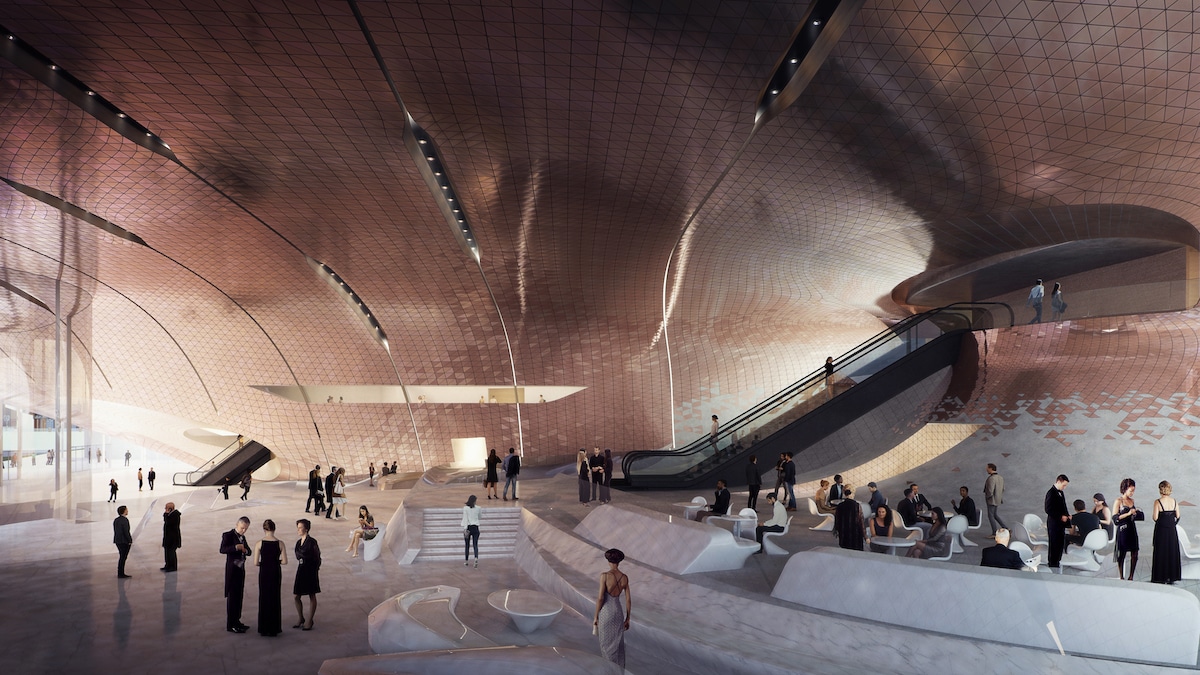 The complex will include a new Concert Hall and Chamber Music Hall, as well as a rooftop terrace and a civic plaza. 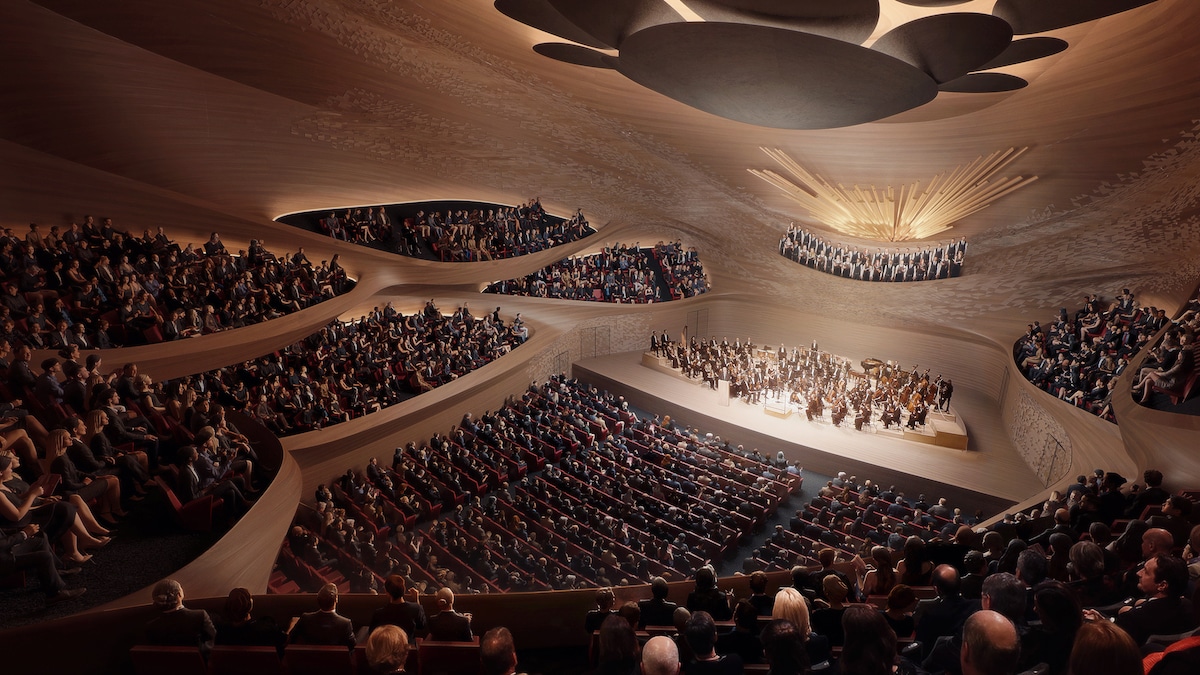 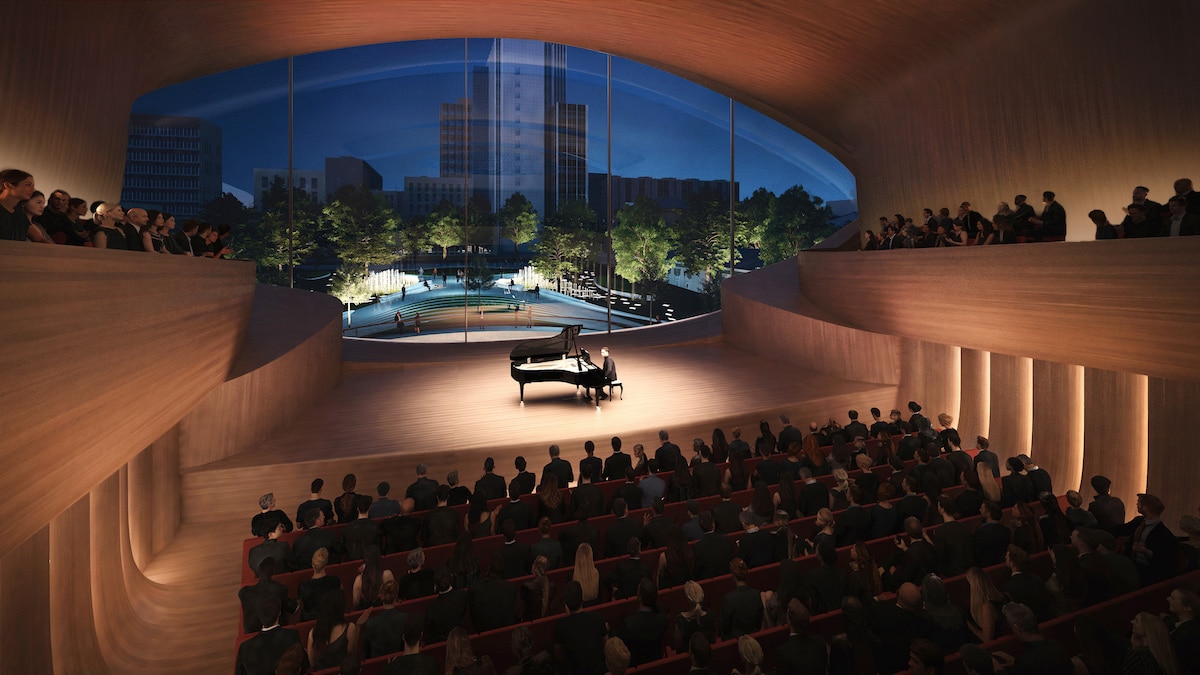 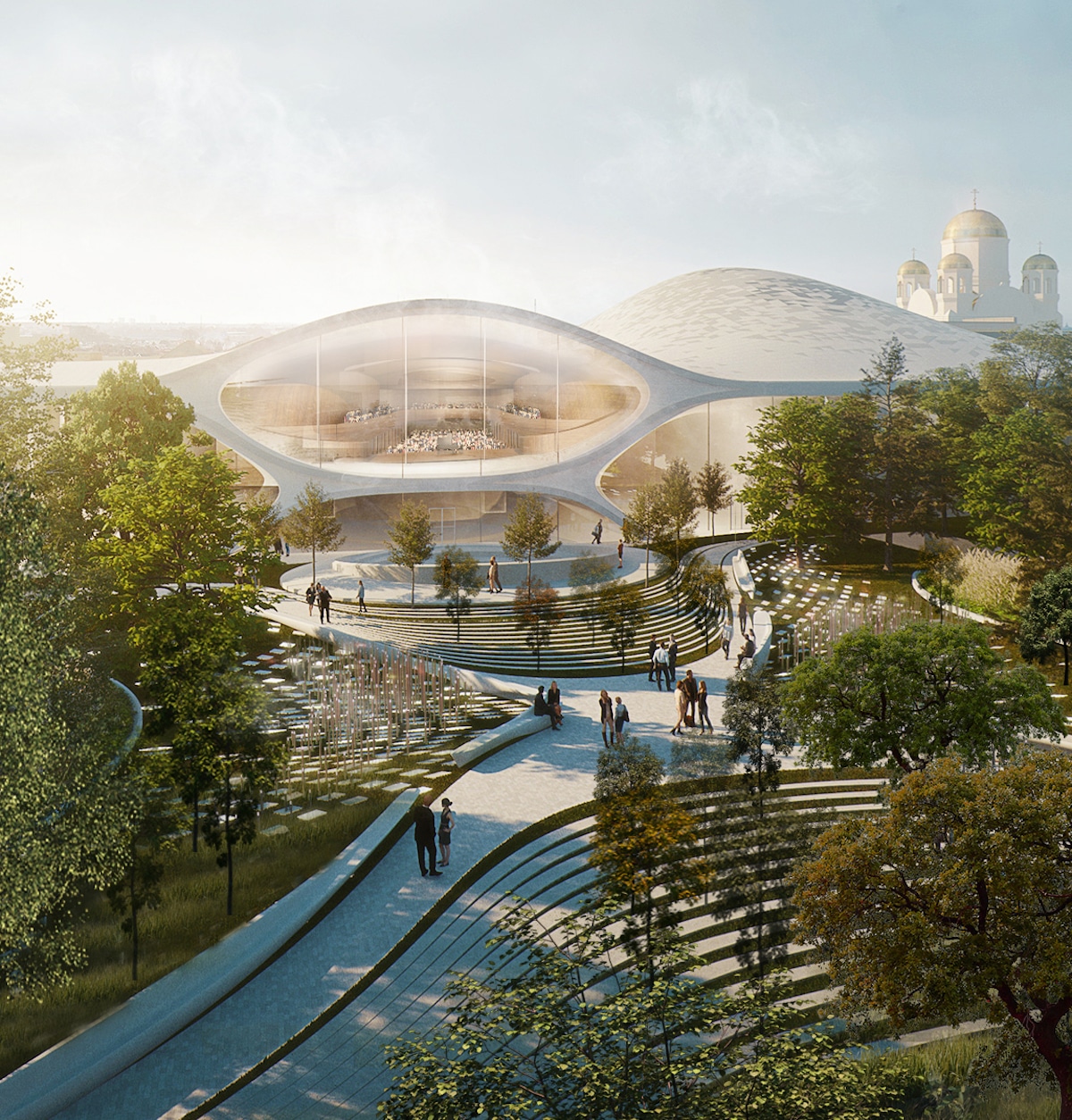 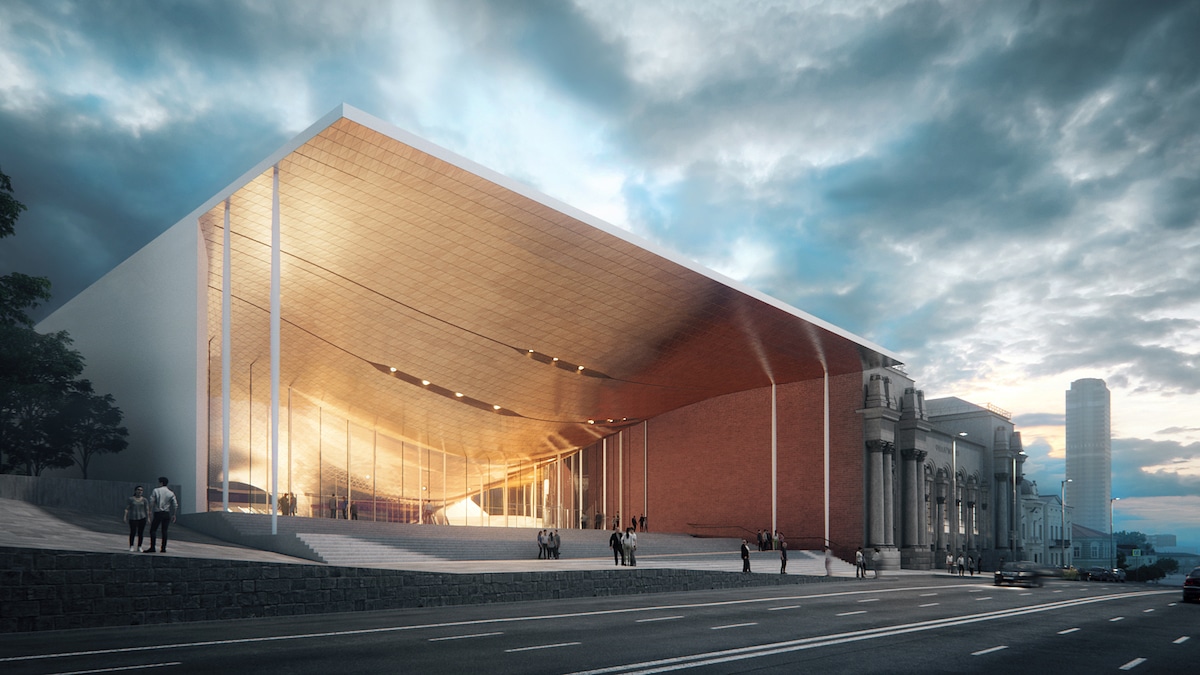 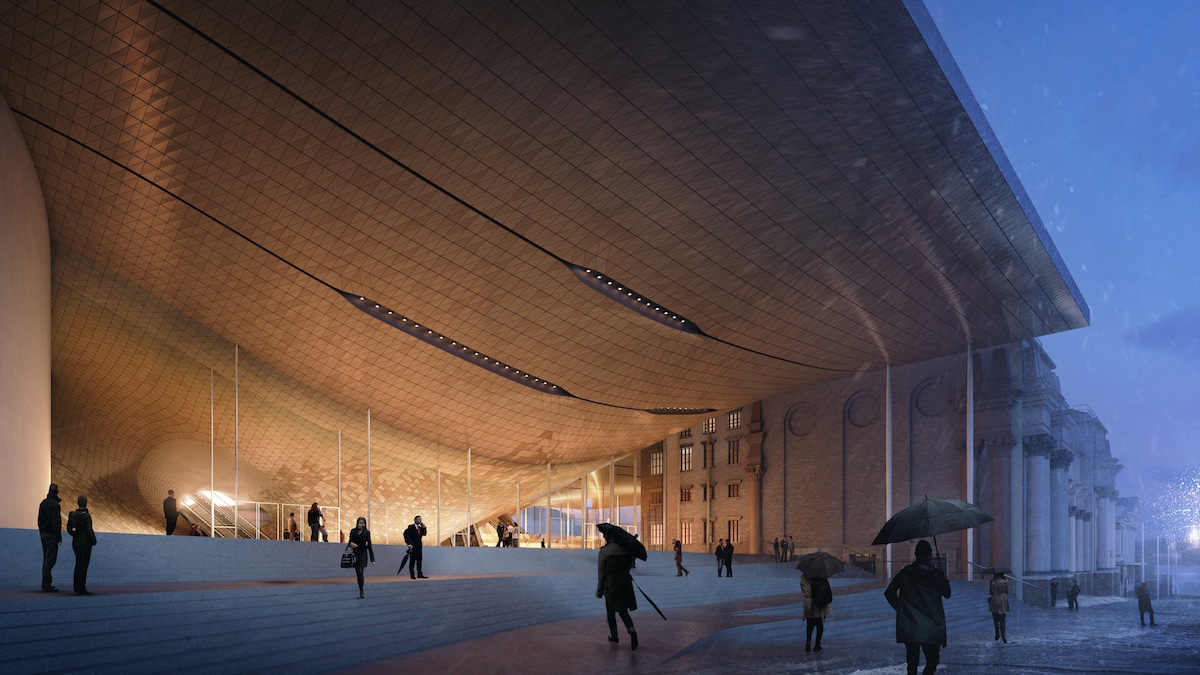 Renders by VA. All images via Zaha Hadid Architects.