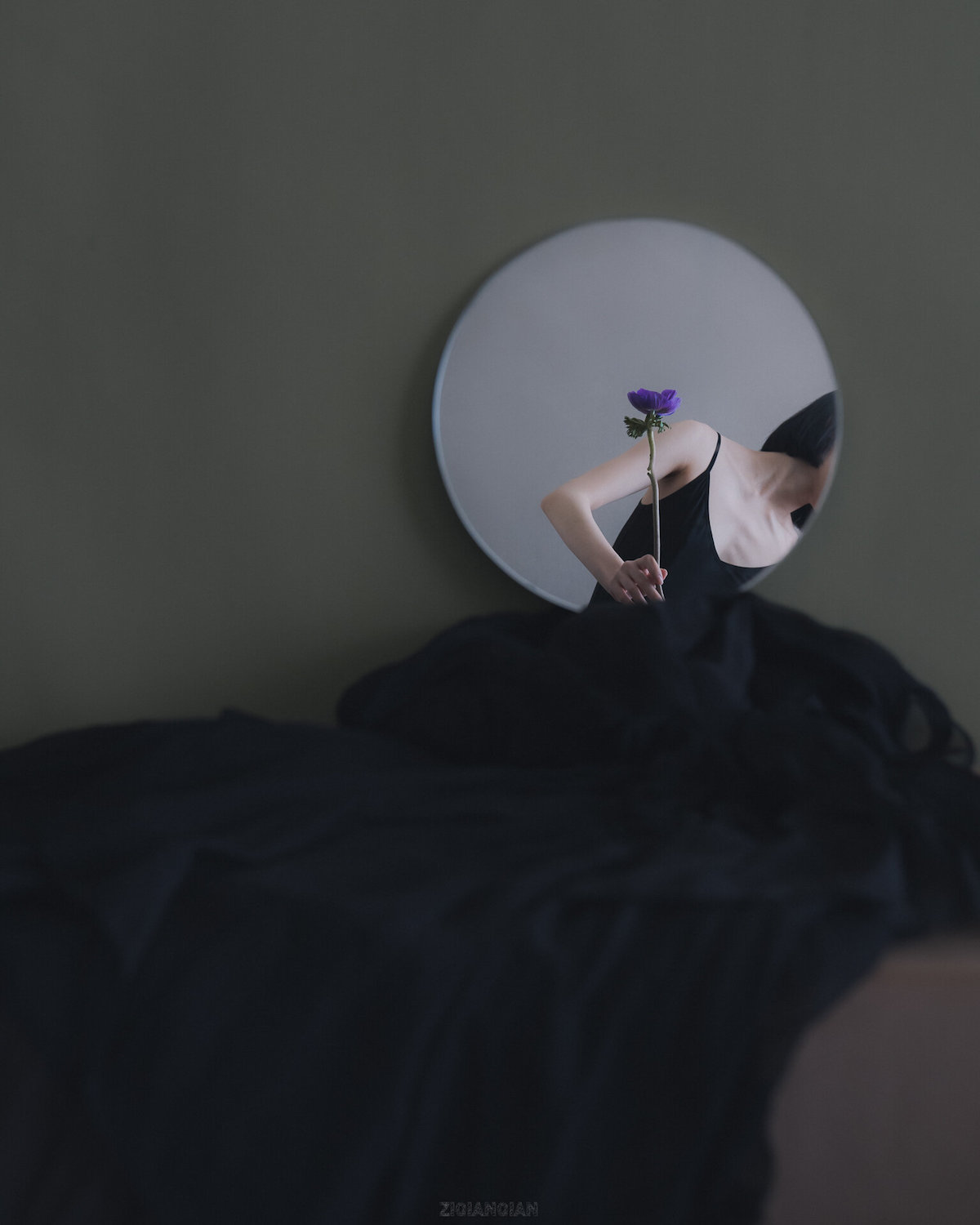 Shanghai-based artist Ziqian Liu uses self-portrait photography as a visual diary to “communicate with herself and to get to know herself better.” Her ongoing series, Reflection 2, shows the artist either posing in the reflection of a circular mirror or carrying a mirror to create interesting illusory effects.

Liu chooses to keep her face hidden in most of these photographs, and focuses instead on her hands, arms, and back as they interact with the minimalist setting. She explains that perspective is one of the two major themes that appear in her works. So, by using a mirror, Liu is able to play with angles and satisfy her desire for symmetry and perfect order. According to her artist statement, the “image in the mirror represents the idealized world she wishes to live in, and the integration with the outside is just a reminder to respect and recognize the imbalance in the real world.”

The other theme Liu explores in her self-portrait photography is the “symbiosis between human beings and nature.” All of the images in her series include at least one natural object, such as flowers or fruits, in the composition. The intention of this, she says, is to “find a state of harmony” between people and the natural environment.

You can learn more about Liu's art by visiting her website and you can keep up to date with the artist's latest creations by following her on Instagram. 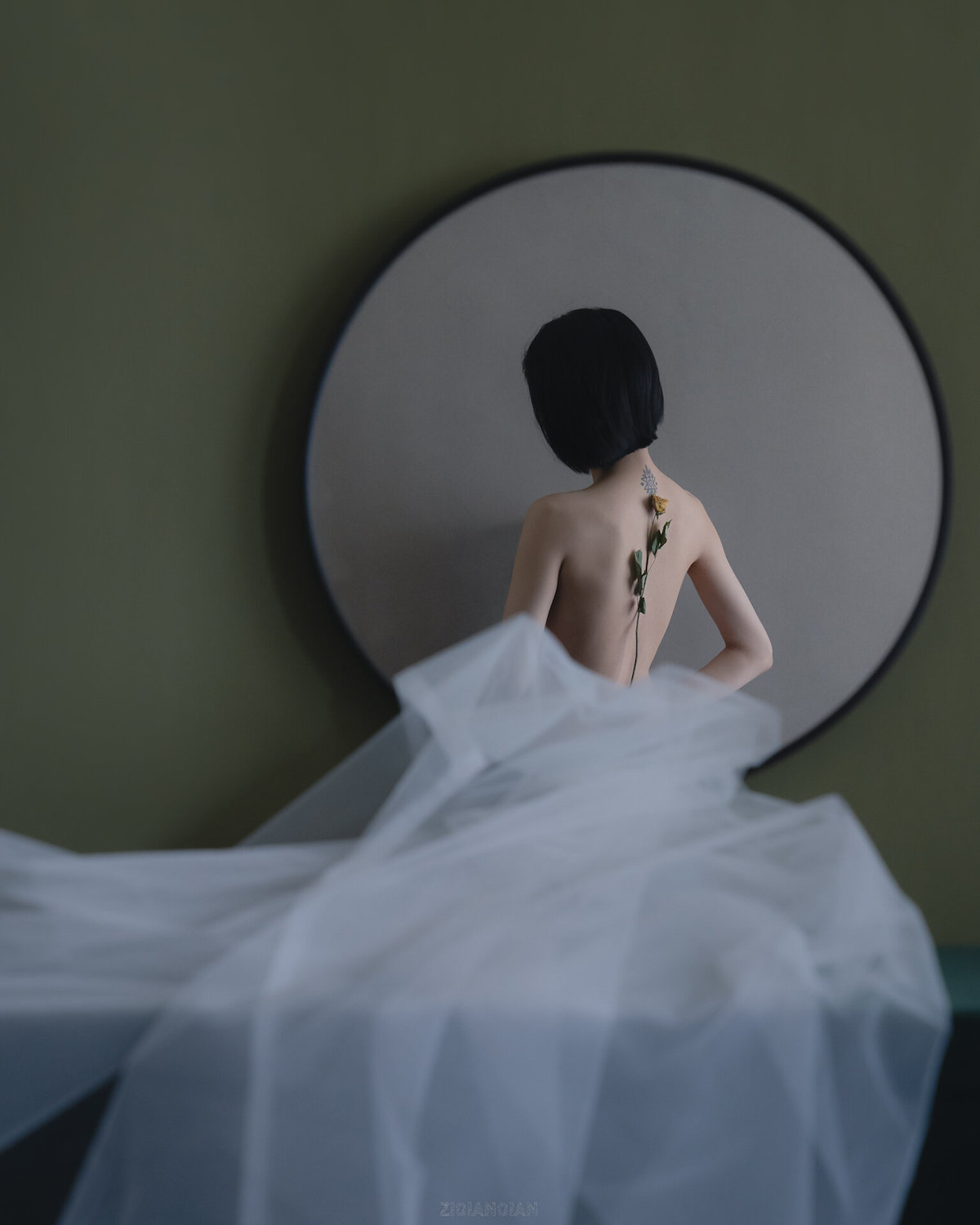 She uses mirrors to create illusory effects in the photographs. 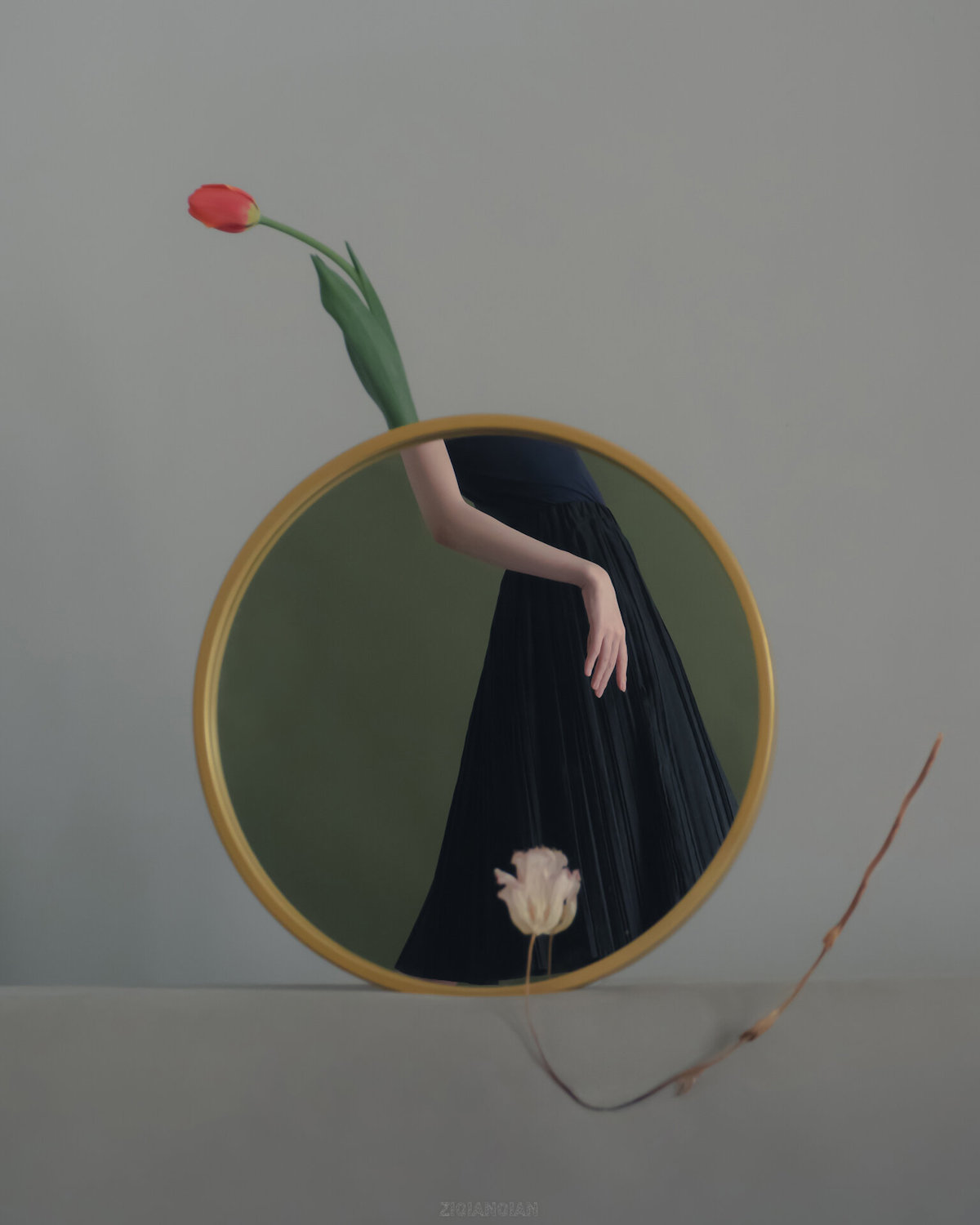 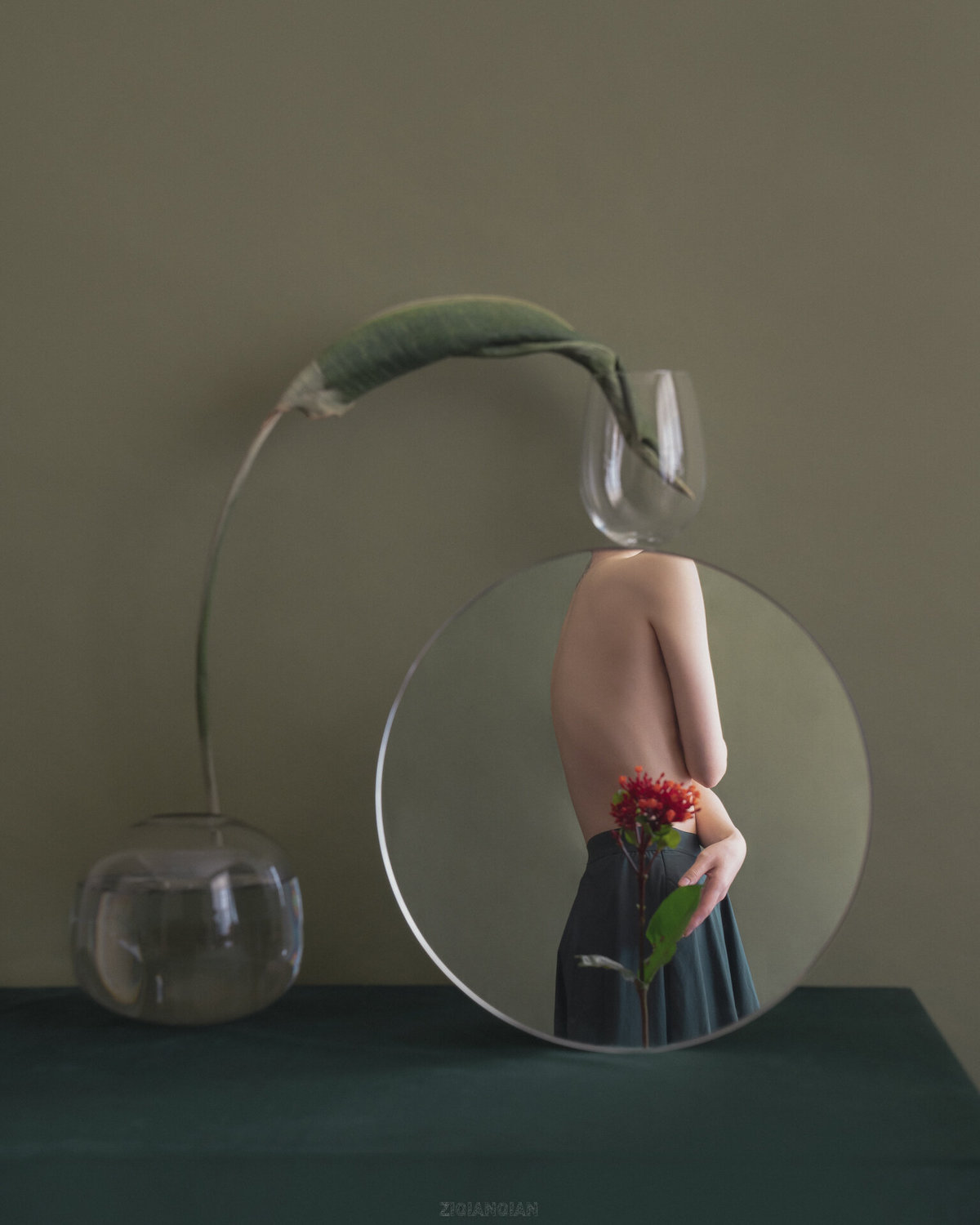 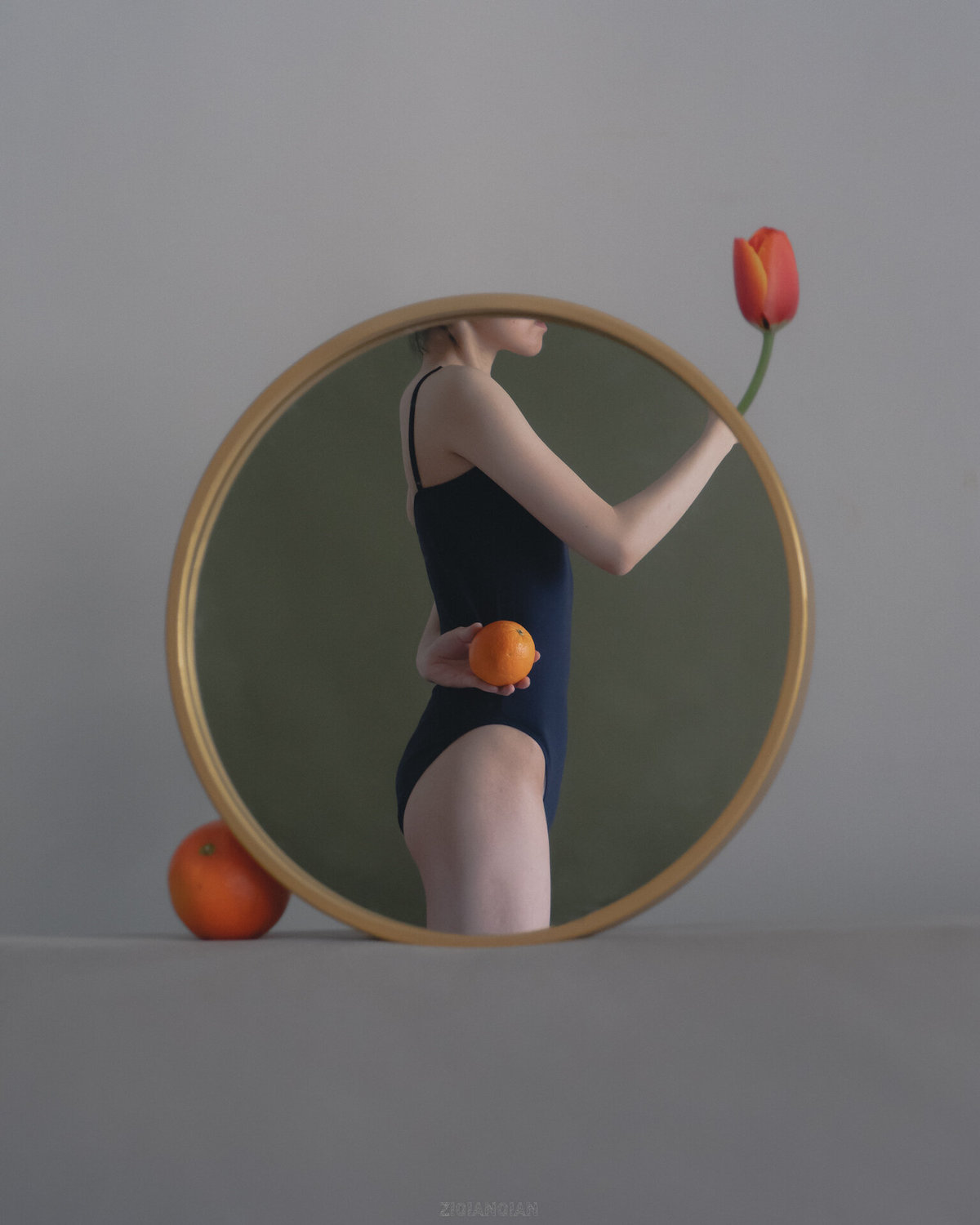 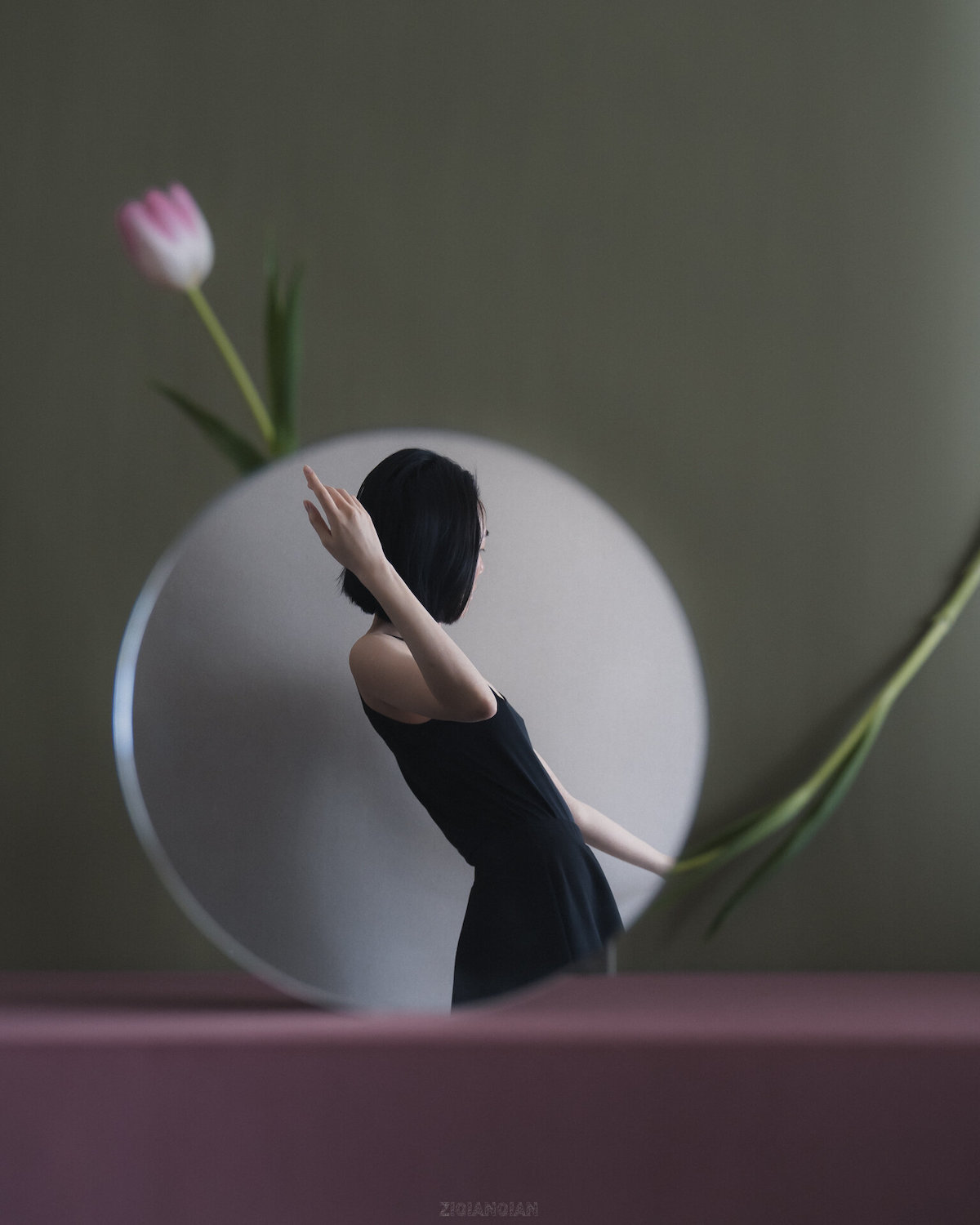 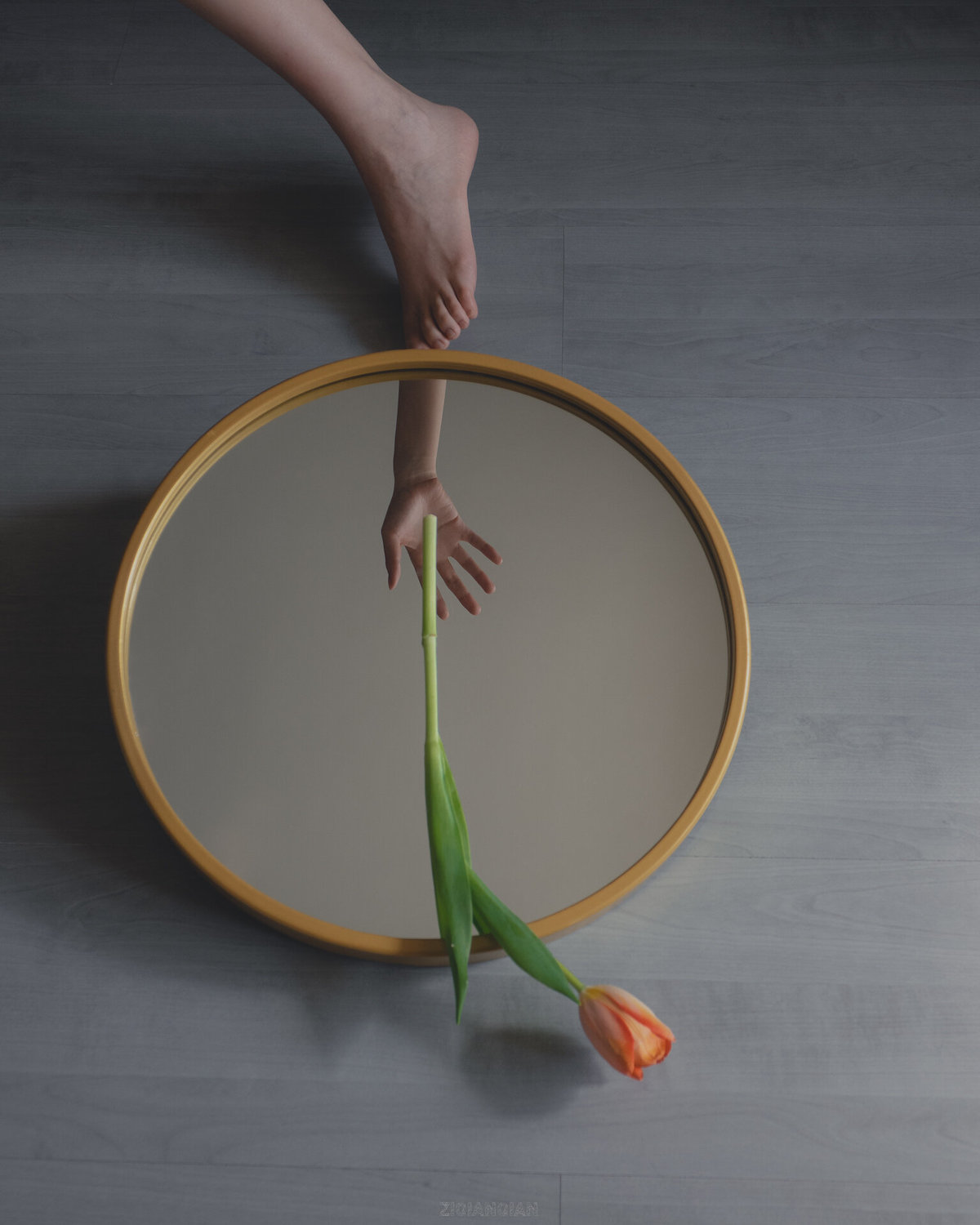 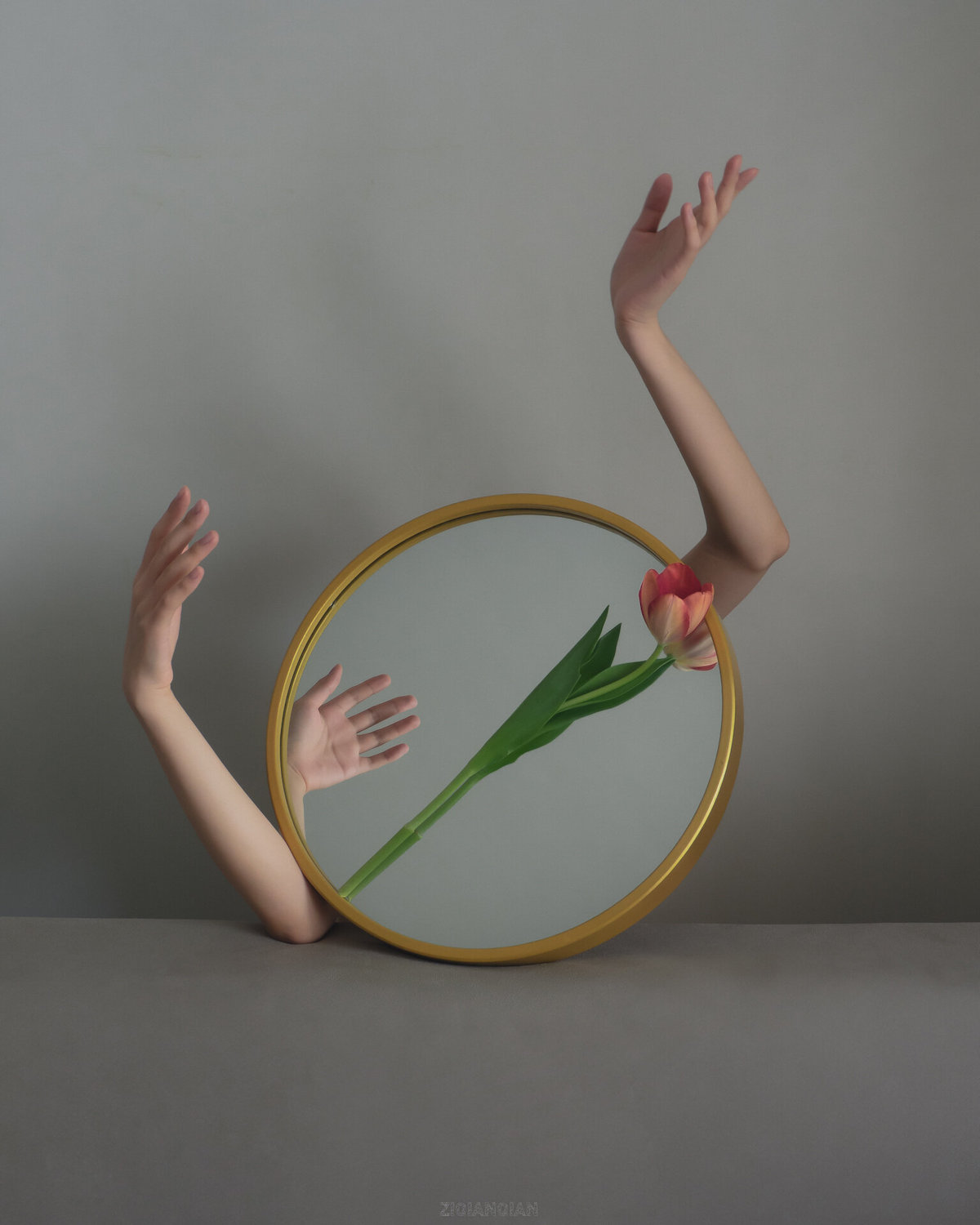 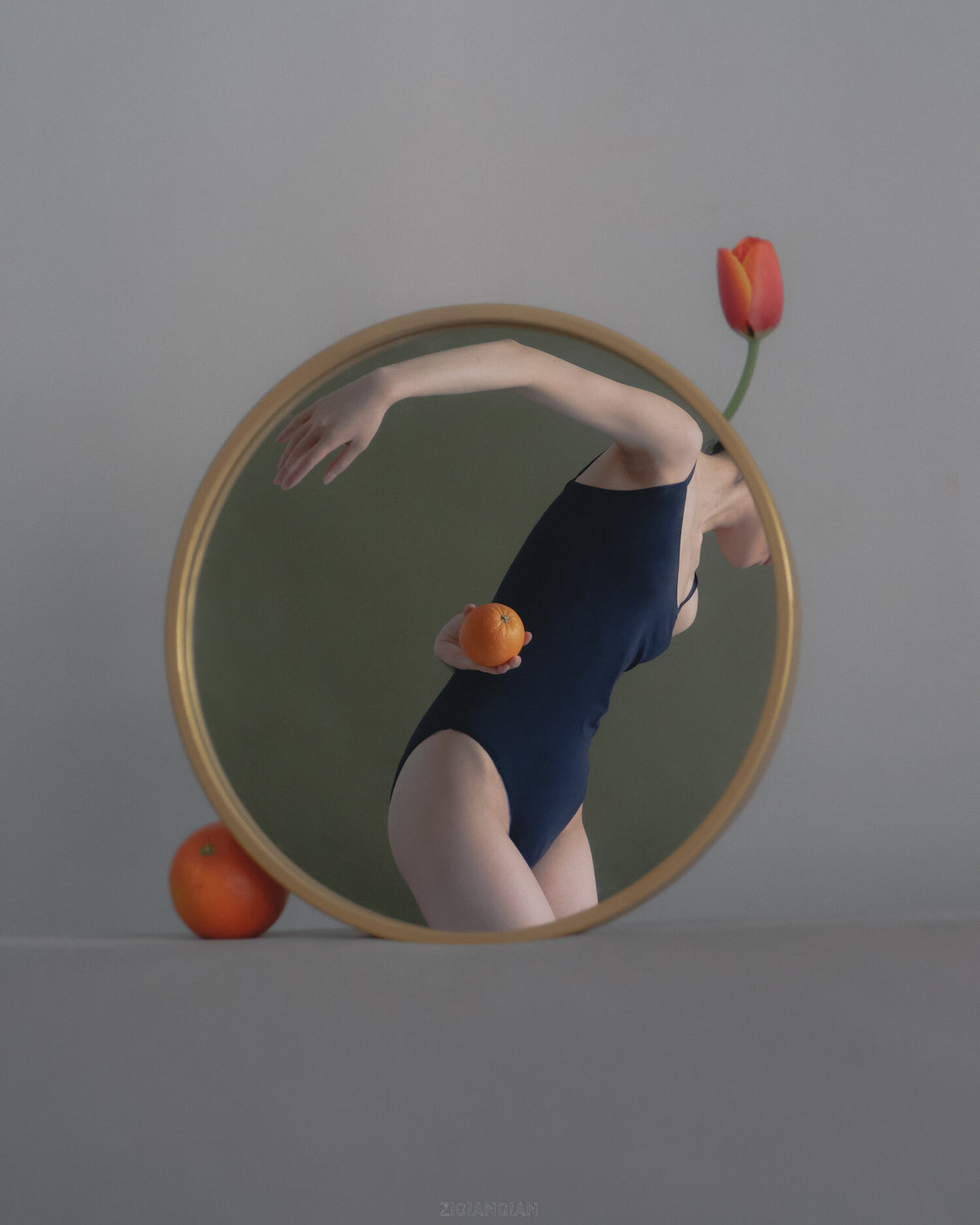 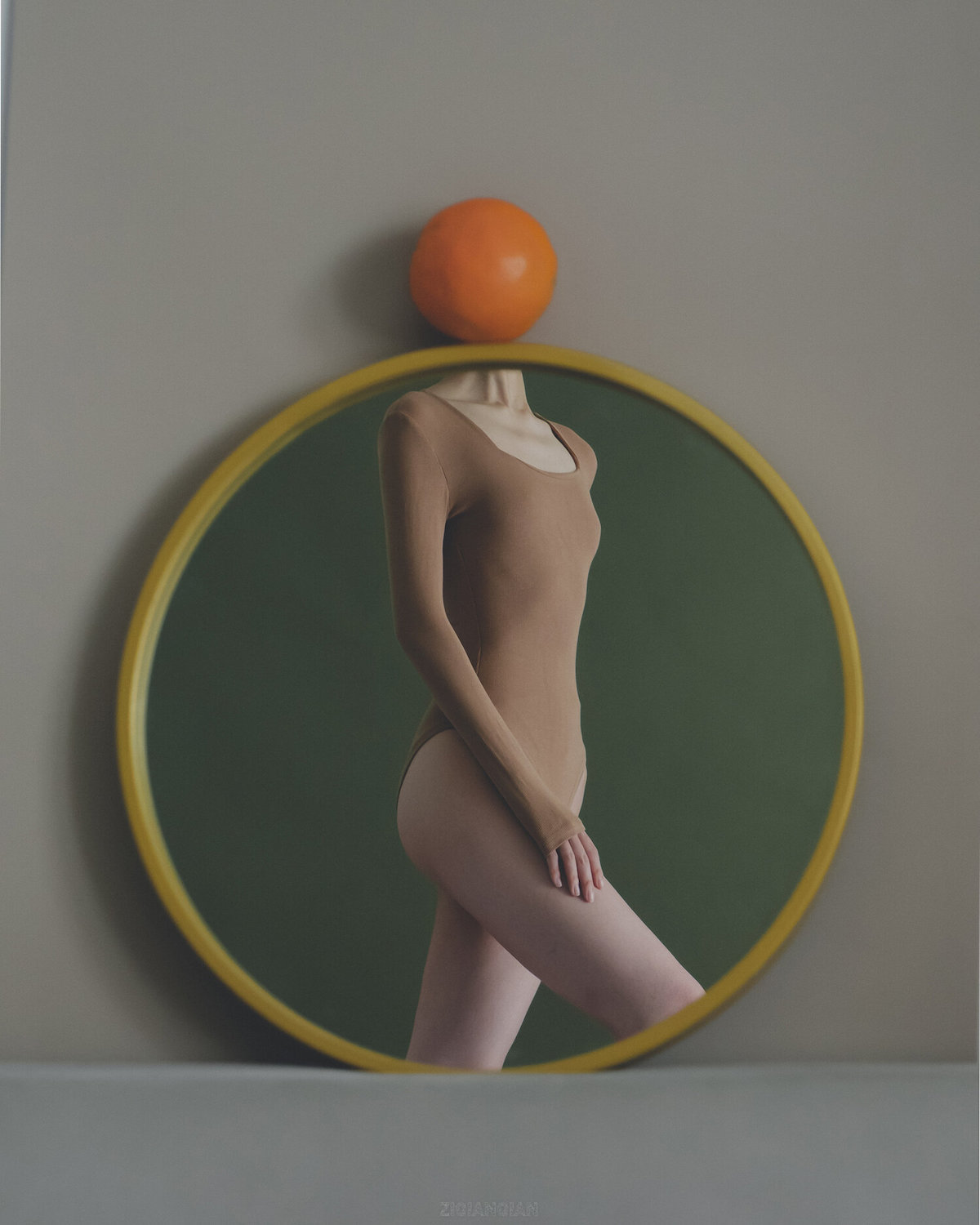 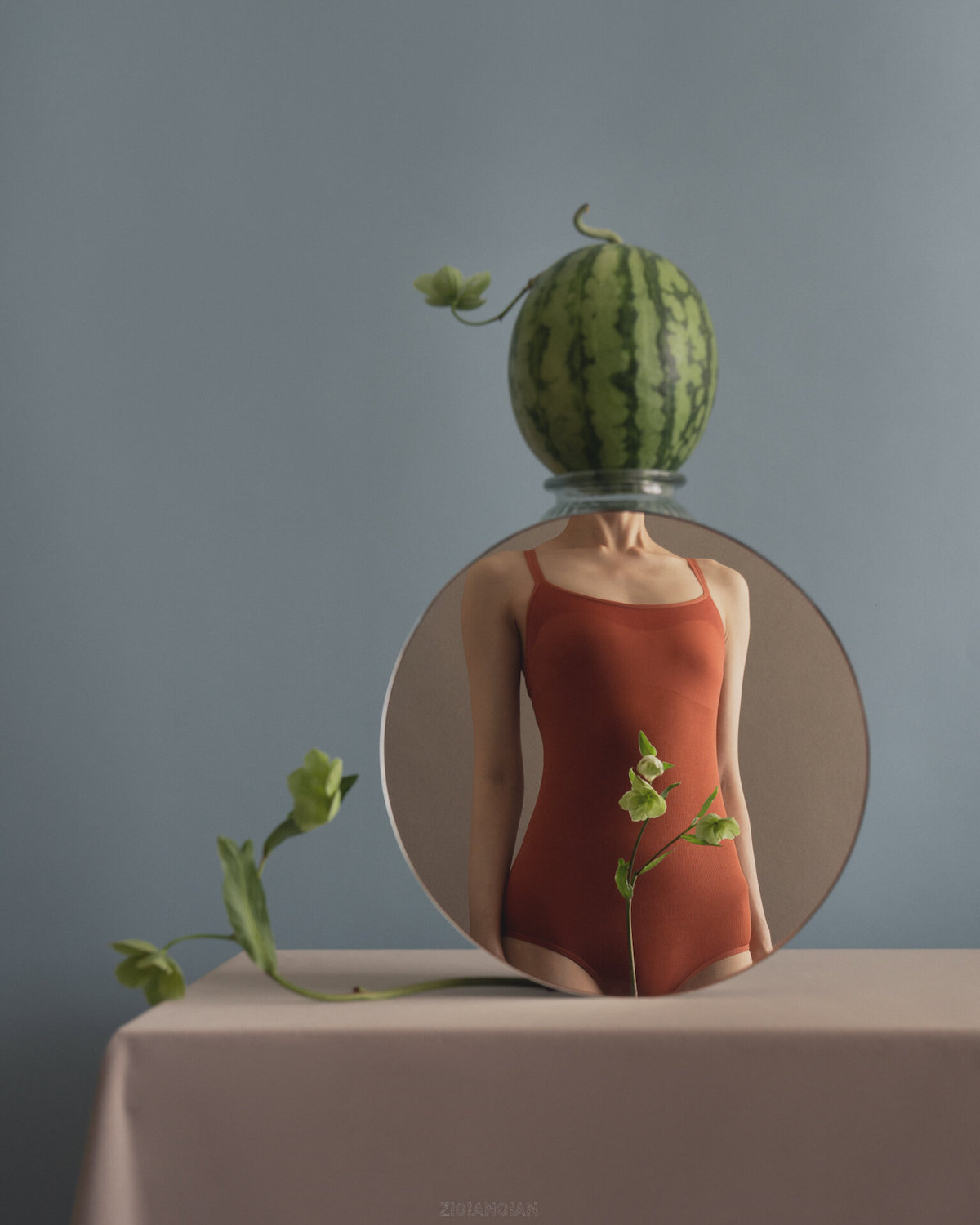 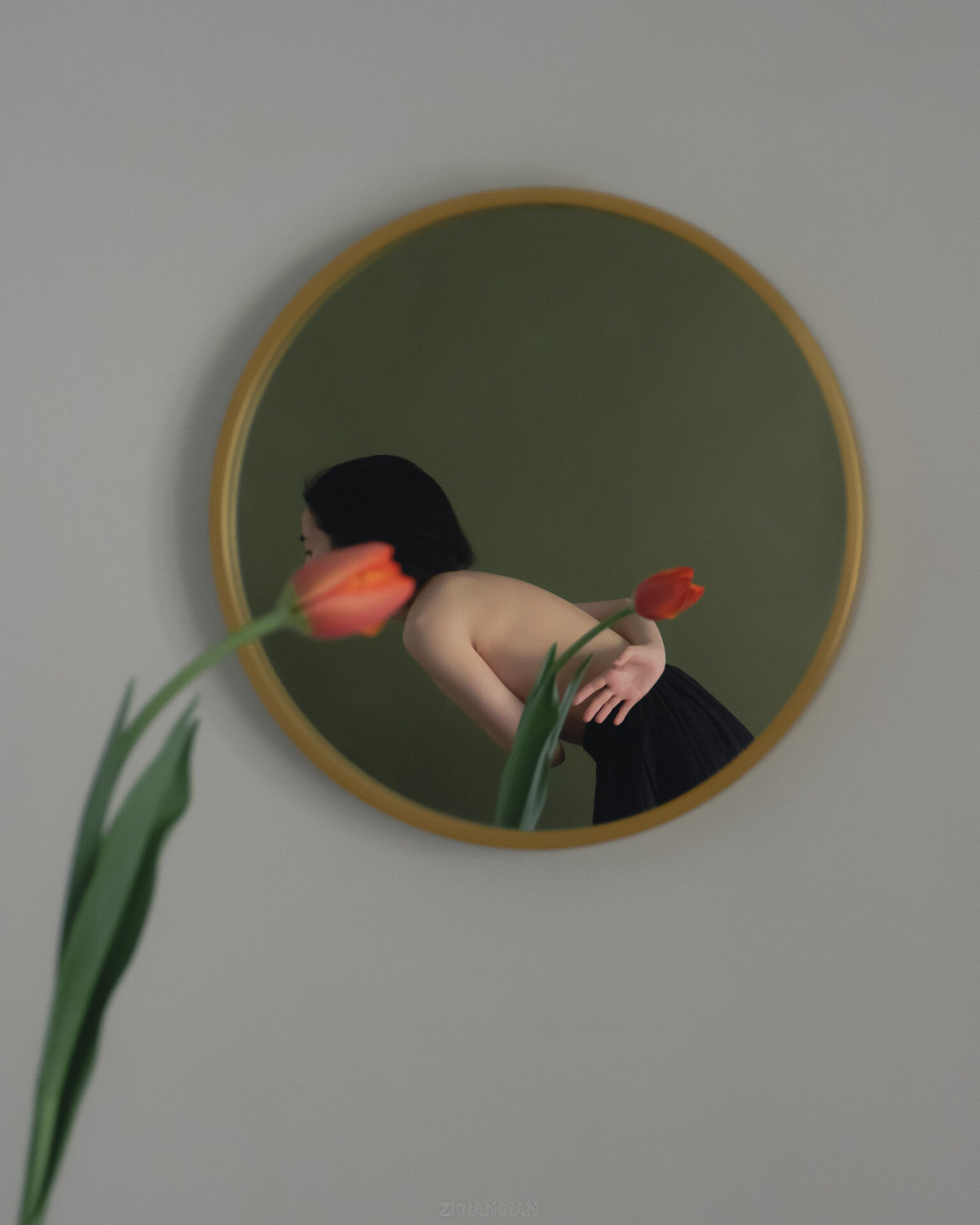 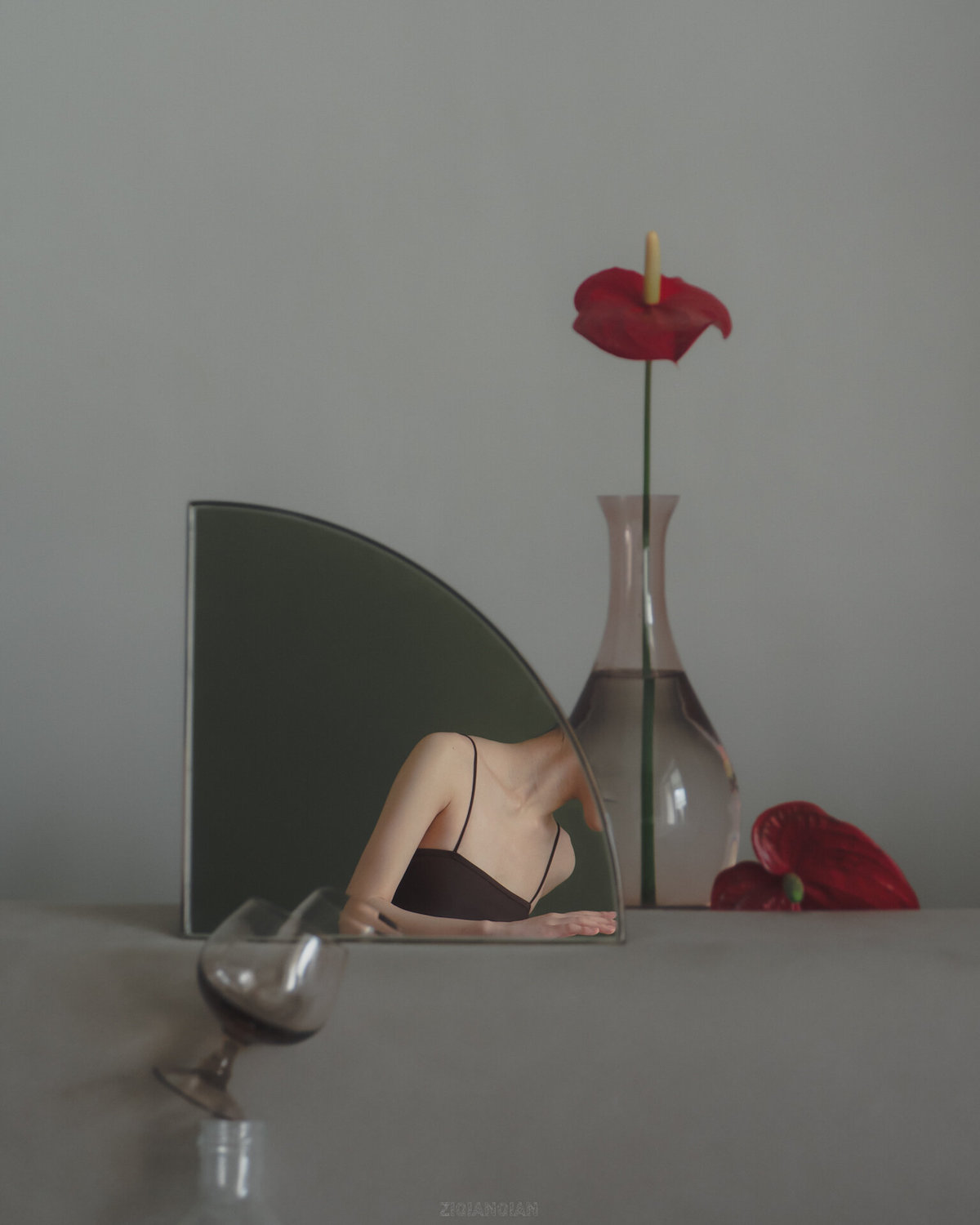 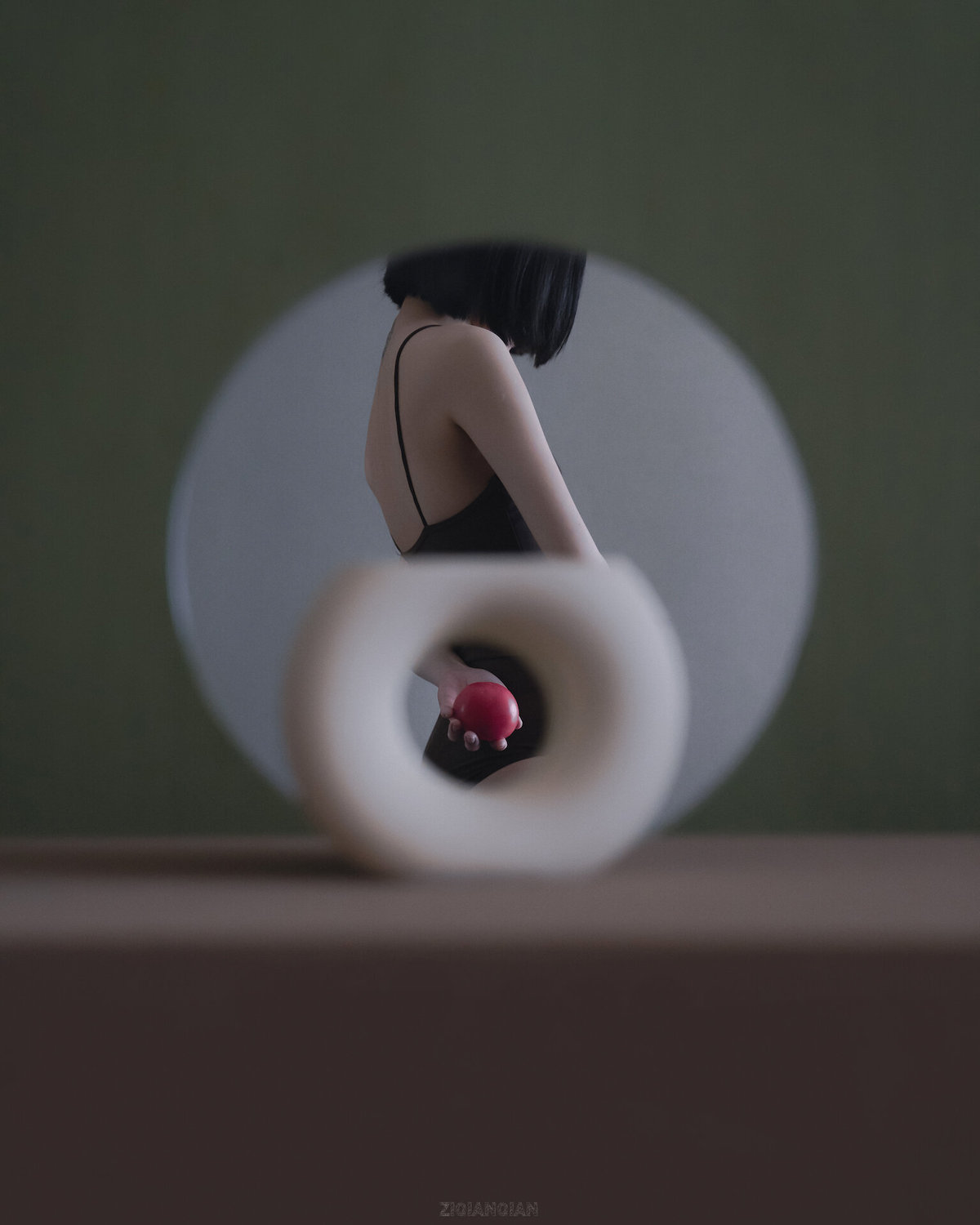 What amazing photographs! Share
Like My Modern Met on Facebook
Get Our Weekly Newsletter
Become a
My Modern Met Member
As a member, you'll join us in our effort to support the arts.
Become a Member
Explore member benefits