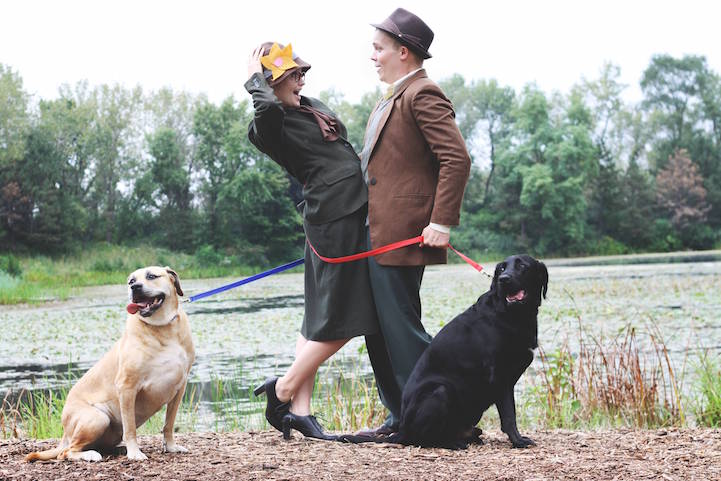 When two people fall in love, it's not usually from wishing on a star or casting a spell, as depicted in countless fairy tales and romantic movies. That's why Corinne Jones really appreciated the more relatable meet-cute scene from Disney's 101 Dalmatians, in which the human protagonists Roger and Anita become acquainted by literally running into each other. From there, they fall in love and the rest is history. This charming display was the inspiration for Jones and her fianc Tony Collier's engagement photo session–they recreated the 1961 film's magic moment in a series of delightful images.

To pay homage to the iconic scene, Jones and Collier acquired period-appropriate clothing and custom felt hats. In place of Pongo and Perdita, the film's canine characters, they used their own dogs, Mookie and Izabelle. The couple also enlisted the help of their families to make this photo shoot happen. Her cousin Melissa Biggerstaff snapped the pictures, while the mothers passed out dog treats, and Jones' brother made sure they were properly drenched.

Collier (akatcollier2) shared all of the adorable photos on Imgur. 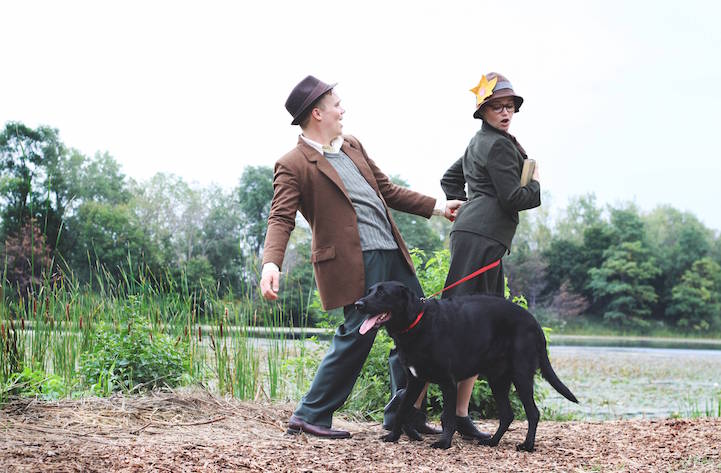 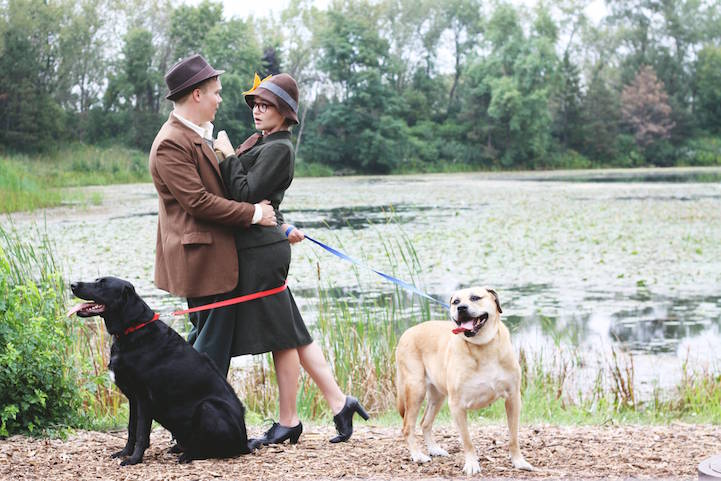 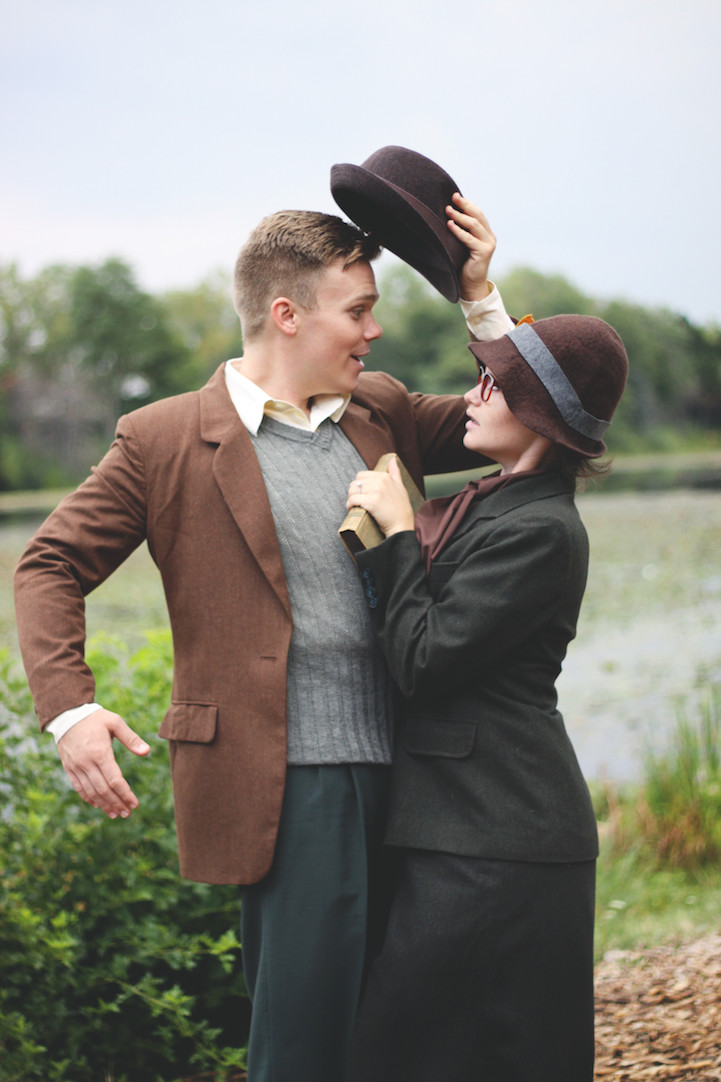 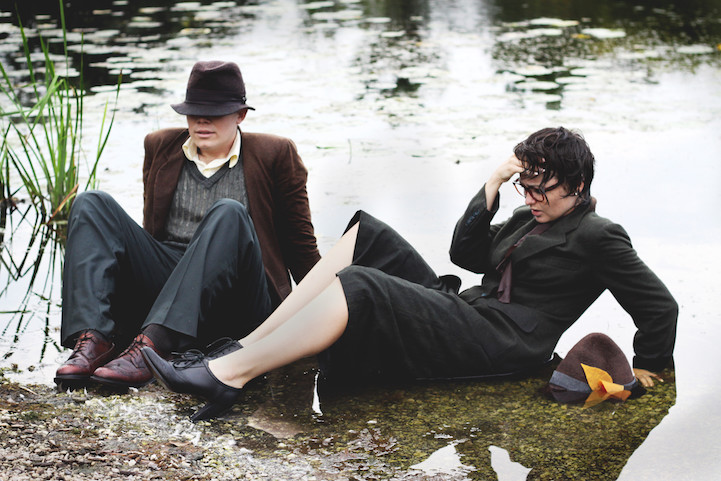 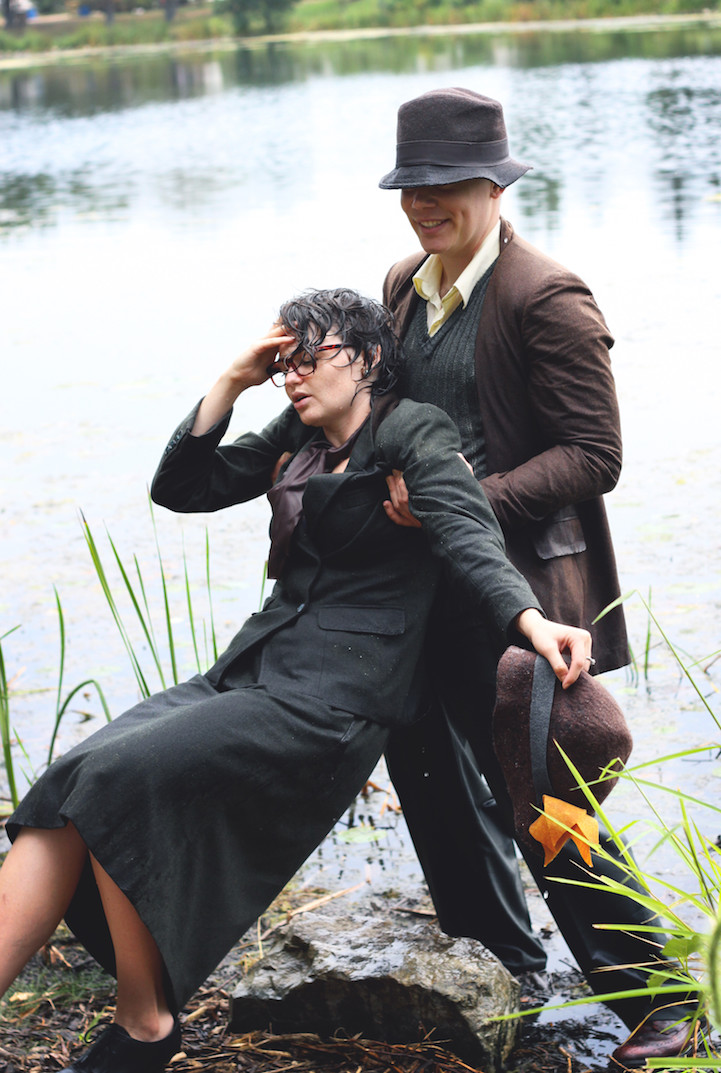 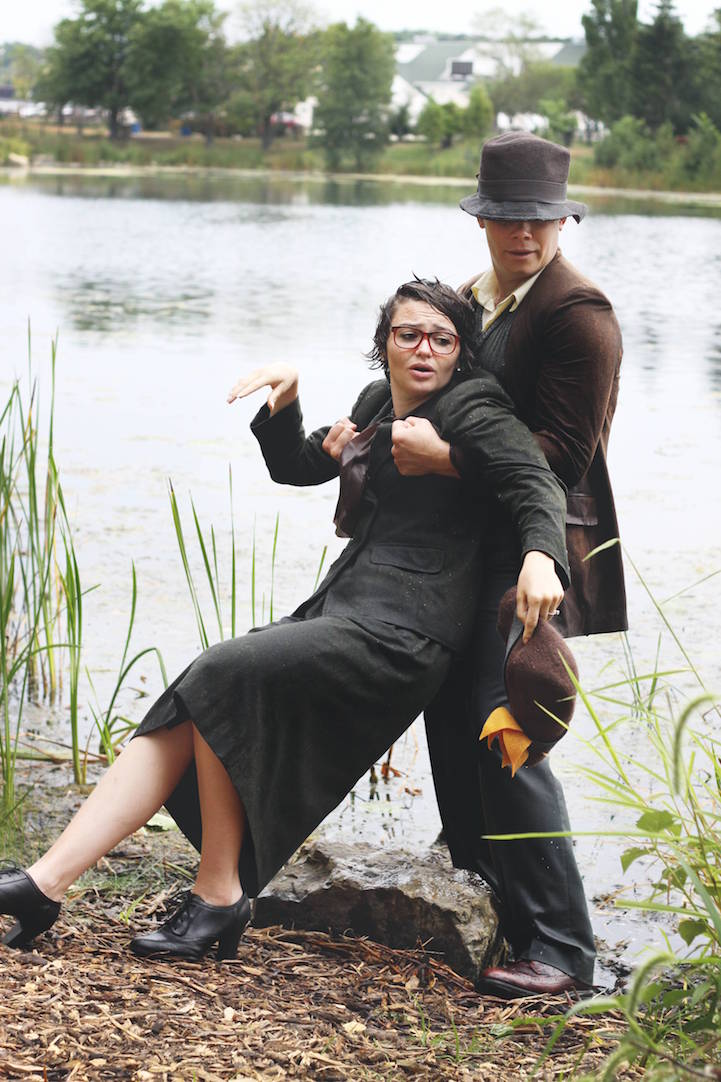 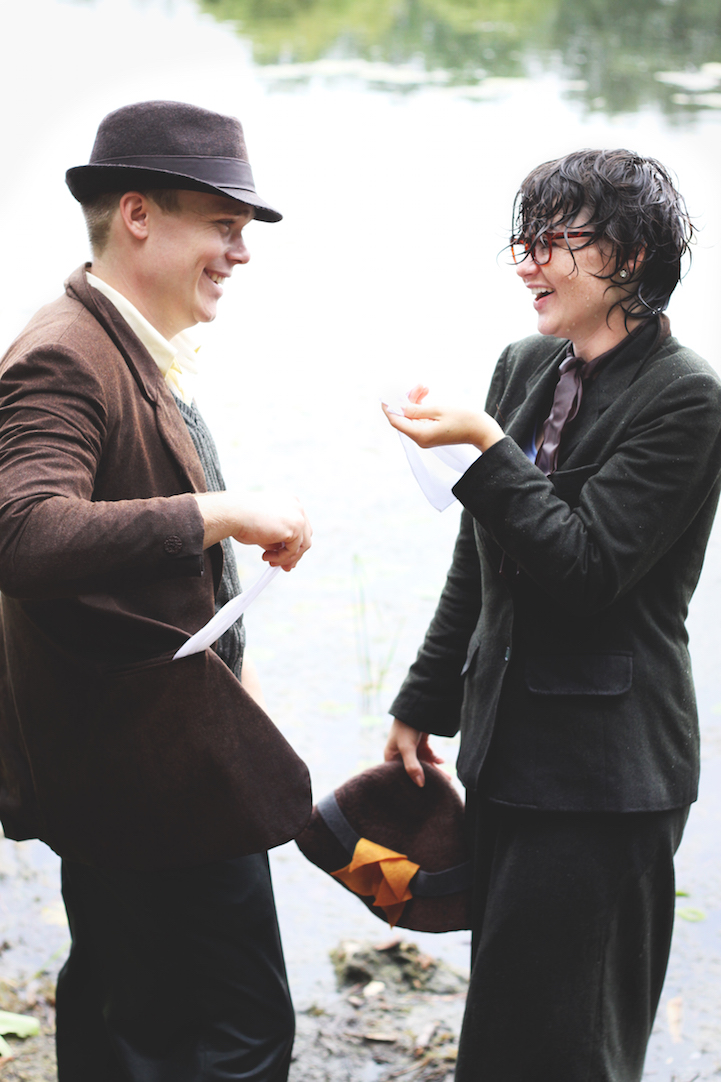 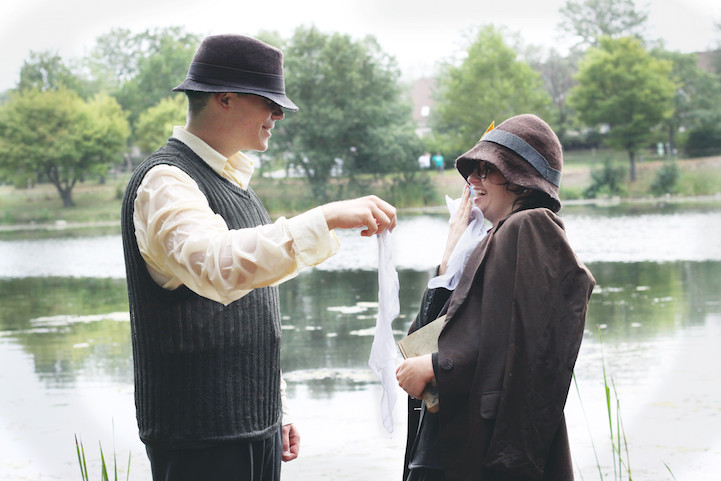 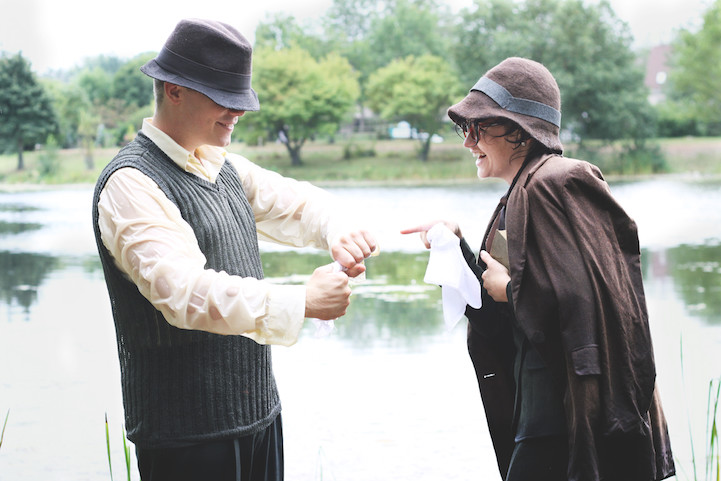 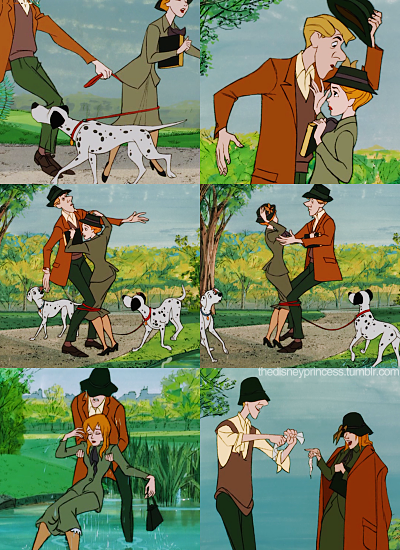 The original scene that inspired the photo shoot.