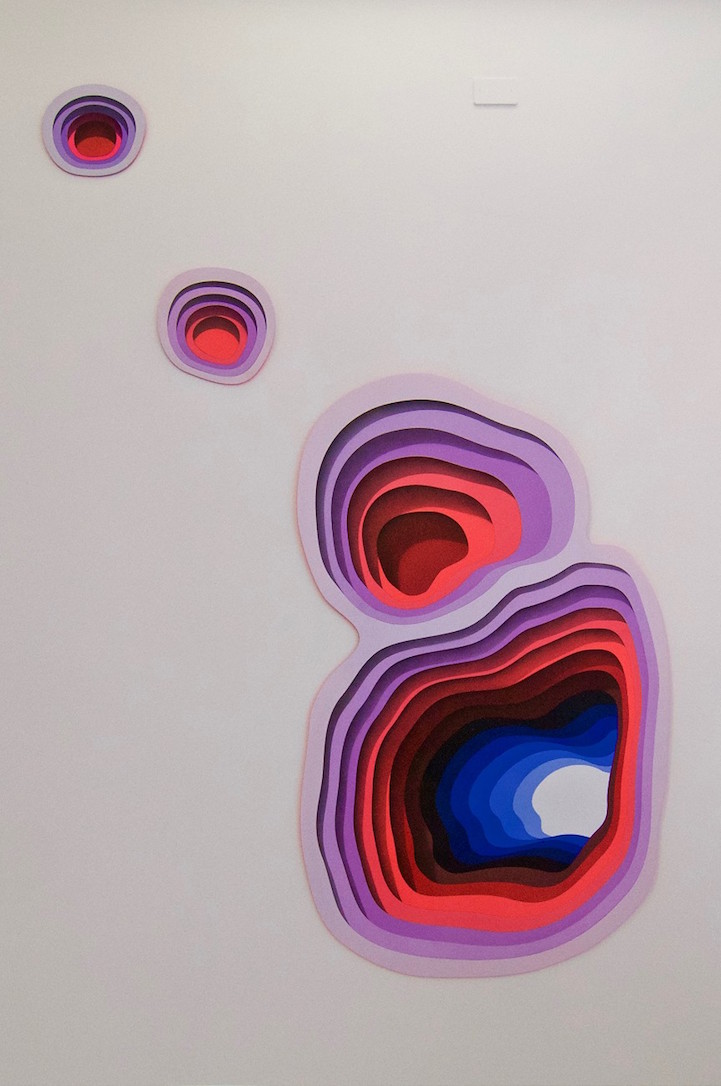 We already know German artist 1010 for his vivid murals, which appear like multilayered, technicolor portals into parallel dimensions. Now, he has opened a new show at Milan's 10 A.M. ART gallery, with an exhibition that includes not only a mural across the building's entire exterior in his hallmark style, but also a collection of paintings displayed inside.

Though smaller in scale than his street art, these new works might be even more remarkable. The compiled tones pop like paper cuts mounted with spacers in between the different slivers, receding into deep orifices—but in fact, the concave effect is an illusion created by 1010's careful contrasts of light and shadow, created using nothing more than paint.

Selected from several of the artist's series, with titles including Portal, Limbus, Void, Fluss, and Abyss, some of the pieces present as craggy chasms like sliced geodes, while others take the form of smooth circular holes. Each multi-hued variation demands a closer look, inviting viewers to jump face-first into an alternate reality. 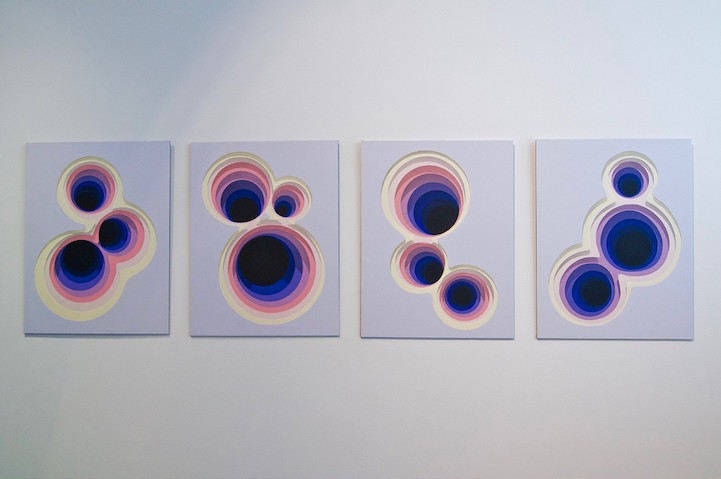 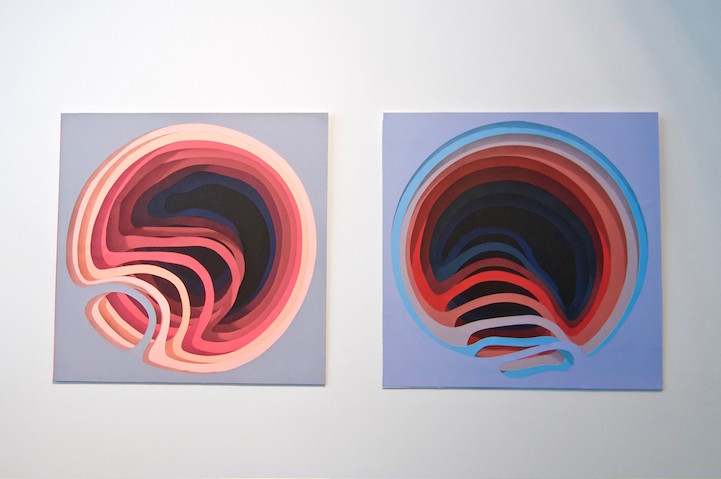 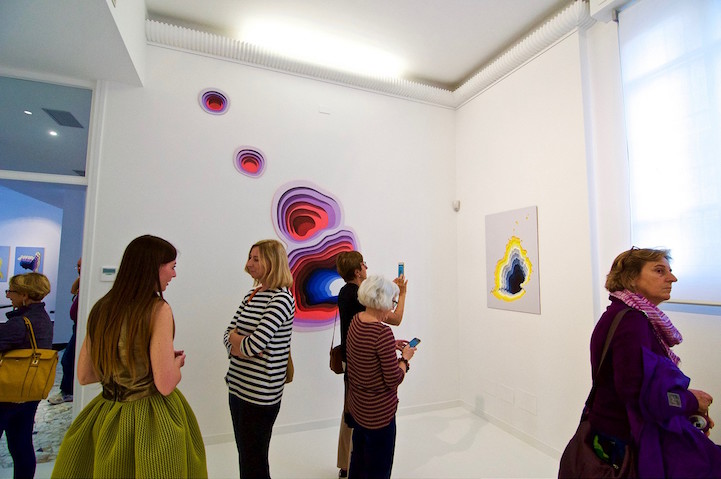 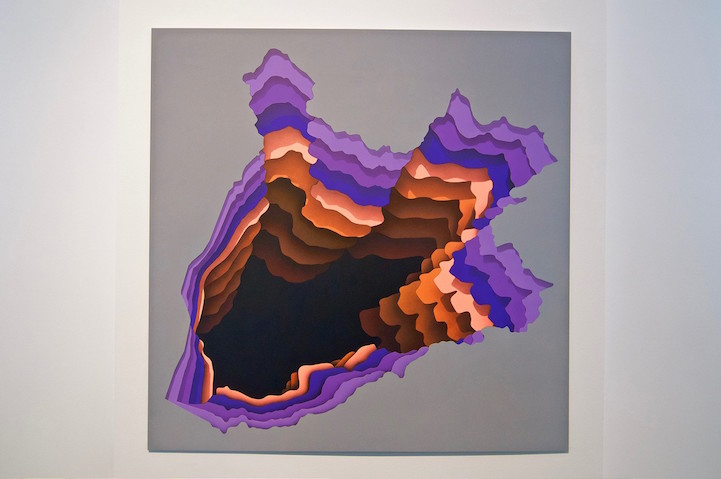 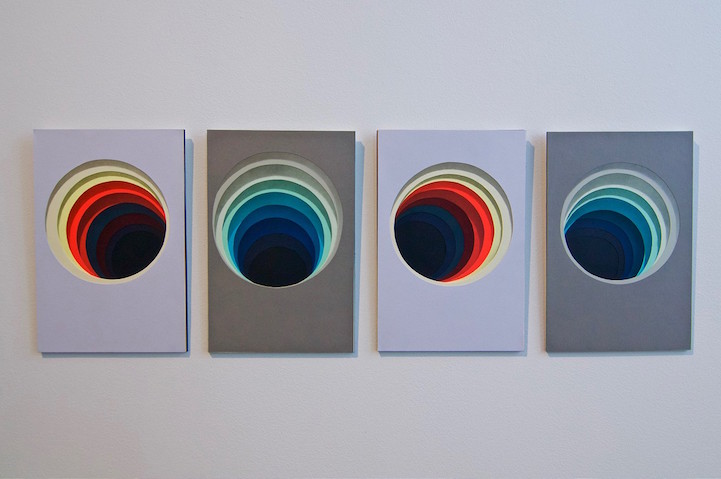 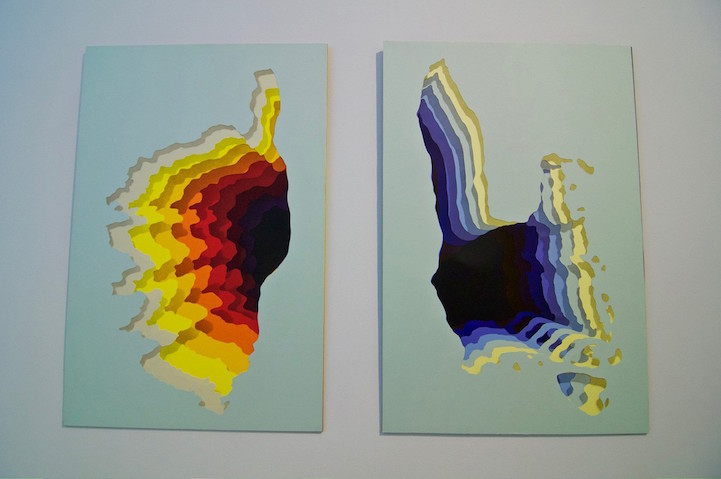 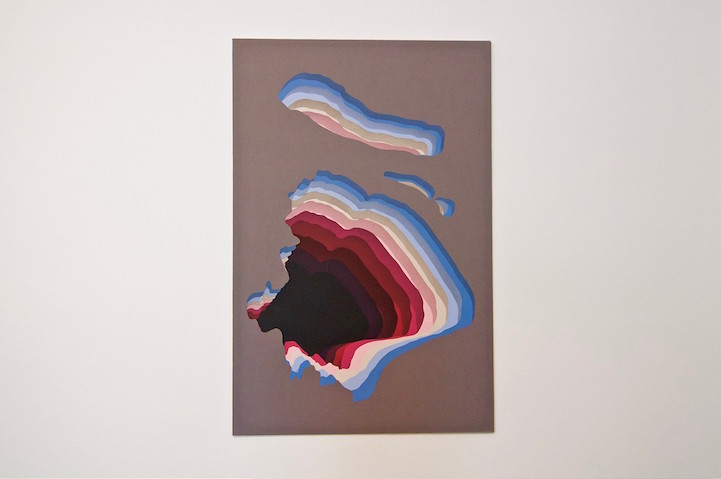 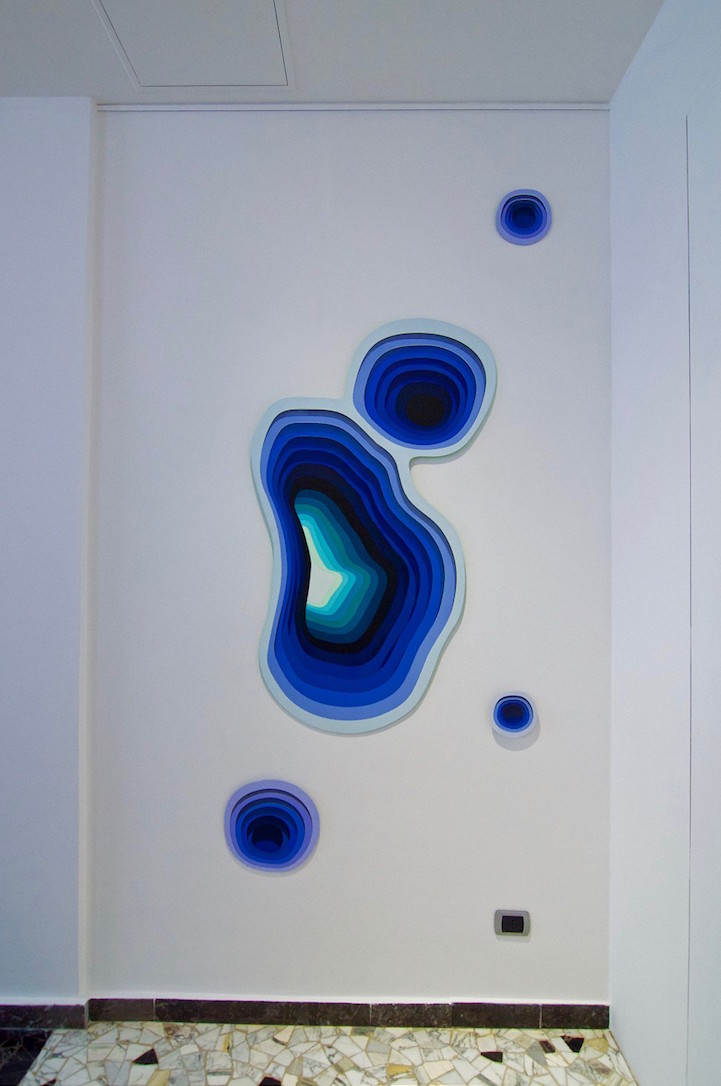 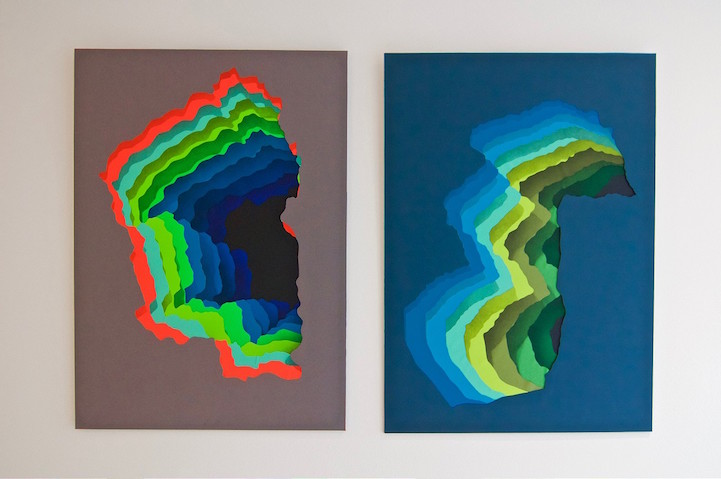 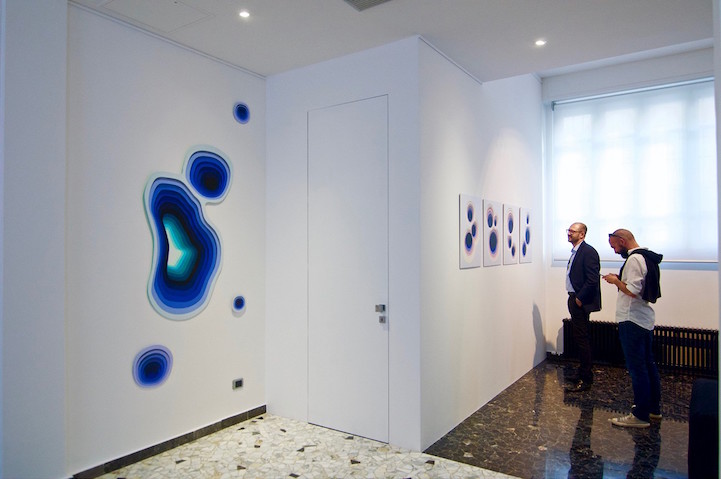 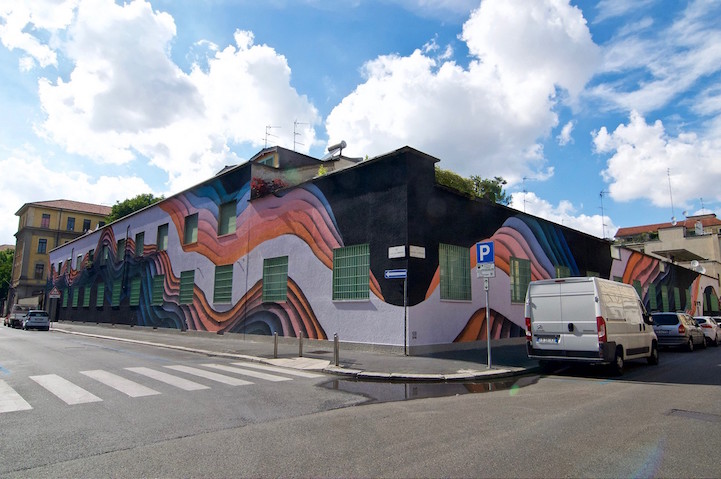 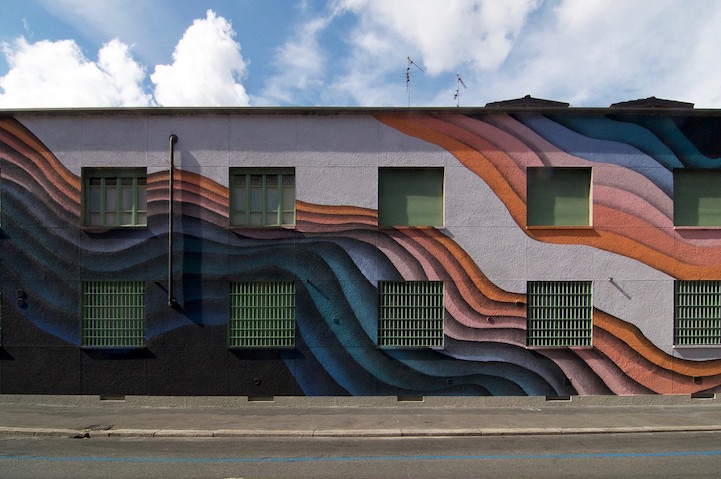 All images via Andrea Concina.