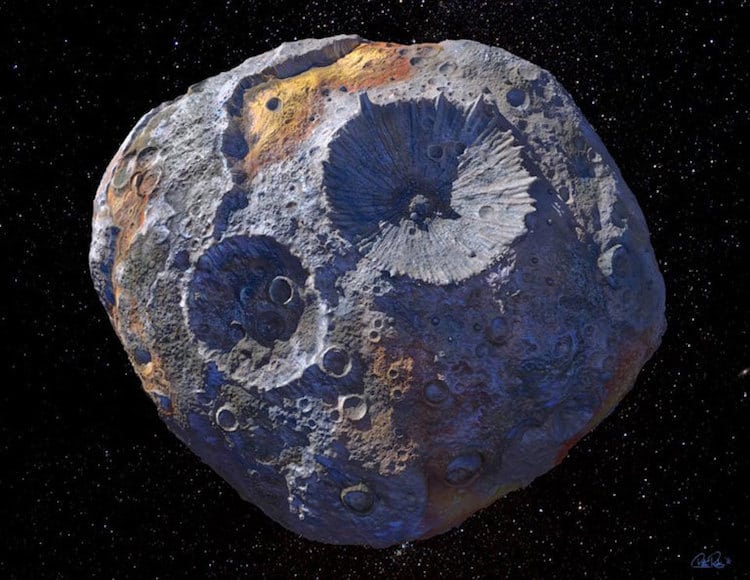 We may be on the brink of a new gold rush, but not here on Earth. An asteroid made entirely of metal is the subject of a future NASA mission that may allow us to understand more about the Earth's core and how planets formed. 16 Psyche is a massive asteroid that is particularly interesting due to its metallic composition, which has caused some people to speculate about its potential value.

In fact, due to all the metal it contains, some are reporting that it could be worth up to $700 quintillion. While there's been speculation about how much gold there is to be found, scientists feel that 16 Psyche is mainly made from iron and nickel. This would make its composition similar to the Earth's core. For this reason, it's believed that the giant asteroid may actually be the exposed core of an early planet that lost its rocky outer layers.

Of course, it's entirely possible that gold could be one of the metals found on 16 Psyche, it just won't be in large quantities. So while there is talk of space mining, we're still a long way off from seeing it come to fruition. First, NASA needs to carry out its mission to study 16 Psyche. Currently, the mission is set to launch in August 2022 and would arrive at the asteroid in early 2026, following a Mars gravity assist in 2023.

Over the course of a planned 21-month orbit, the Psyche spacecraft will study and map the asteroid in order to determine if it was, indeed, a planet. As the first mission to investigate an environment made of metal, as opposed to rock and ice, there are exciting opportunities to understand the impact of celestial collisions and how terrestrial planets formed. 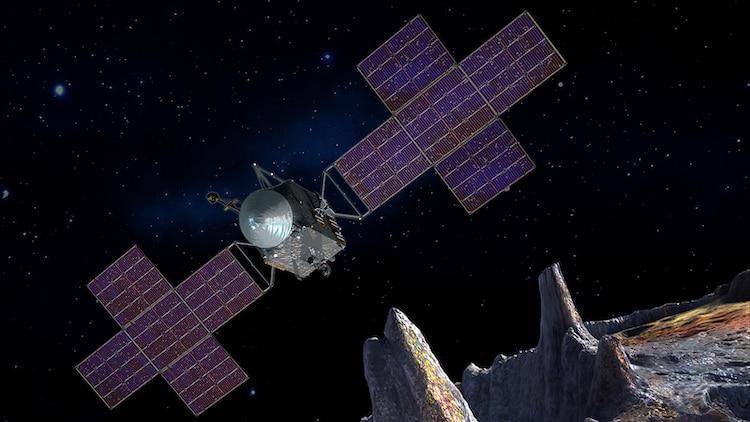 Learn More About the Importance of NASA's Psyche Mission

Intrigued? Share
Like My Modern Met on Facebook
Get Our Weekly Newsletter
Become a
My Modern Met Member
As a member, you'll join us in our effort to support the arts.
Become a Member
Explore member benefits
Intrigued?