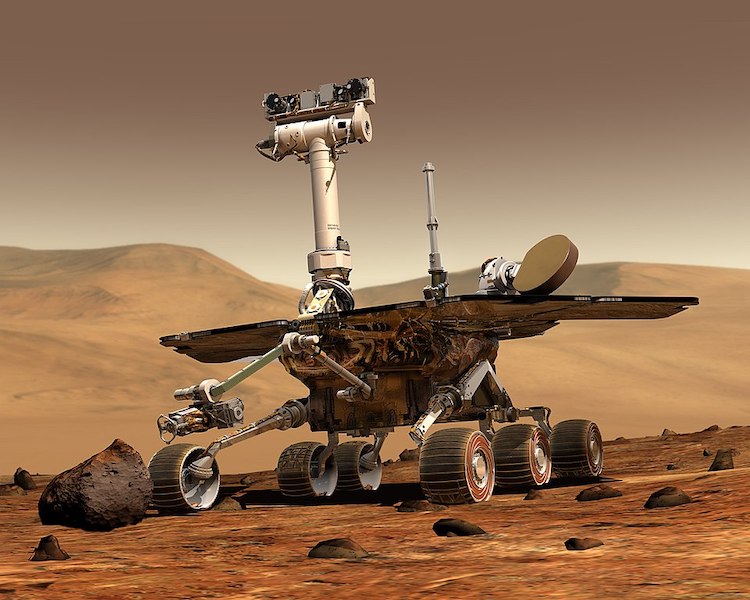 It's a bittersweet end to an epic mission as NASA has announced that the Opportunity rover is officially out of commission. After nearly 15 years of exploring Mars' surface, the trailblazing mission is over. Opportunity, which launched in 2003, was knocked into hibernation mode and ceased communication after a severe dust storm swept over Mars in June 2018. After a last failed attempt to make contact on February 12, the mission was brought to an end.

While it's difficult to say goodbye, it's worth noting that the Opportunity Mission lasted far longer than anyone could have ever imagined. It was only slated to spend a little more than 90 Earth days on Mars after touching down on the Red Planet in 2004. That timeline was extended 60 times, with Opportunity clocking in 14 years and 295 days in operation.

“For more than a decade, Opportunity has been an icon in the field of planetary exploration, teaching us about Mars' ancient past as a wet, potentially habitable planet, and revealing uncharted Martian landscapes,” says Thomas Zurbuchen, associate administrator for NASA's Science Mission Directorate. “Whatever loss we feel now must be tempered with the knowledge that the legacy of Opportunity continues–both on the surface of Mars with the Curiosity rover and InSight lander–and in the clean rooms of JPL, where the upcoming Mars 2020 rover is taking shape.”

During its time on Mars, Opportunity provided vital information to NASA and allowed scientists to gain unprecedented insight into Mars. The rover traveled more than 28 miles during its lifetime, analyzing the planet's rocks and soil, as well as making important discoveries. Opportunity discovered extra-martian meteorites and spent over two years exploring the nearly half-mile-wide Victoria Crater. Perhaps one of its biggest achievements was its time spent in the Endeavour Crater, where it found strong evidence to support the presence of ancient water similar to drinkable water on Earth.

“From the get-go, Opportunity delivered on our search for evidence regarding water,” says Steve Squyres, principal investigator of the rovers' science payload at Cornell University. “And when you combine the discoveries of Opportunity and Spirit, they showed us that ancient Mars was a very different place from Mars today, which is a cold, dry, desolate world. But if you look to its ancient past, you find compelling evidence for liquid water below the surface and liquid water at the surface.”

Opportunity leaves behind a legacy of over 200,000 photographs taken on the Red Planet, including several 360-degree panoramas. This highly successful mission has paved the way for further Mars research and helped lay a foundation for possible crewed-missions to the planet.

Here are some of the incredible photographs that NASA's Opportunity Rover sent back from Mars. 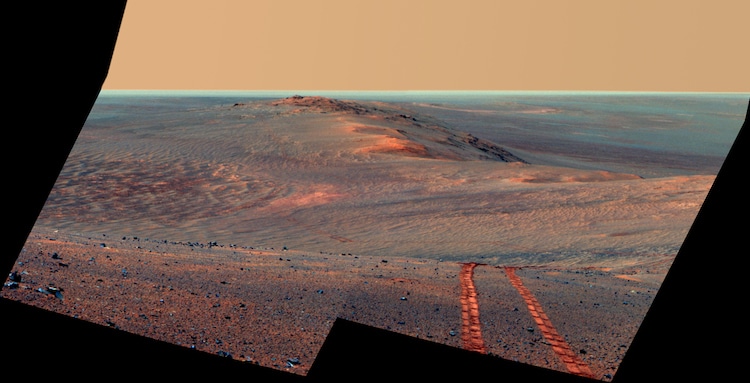 This scene from the panoramic camera (Pancam) on NASA's Mars Exploration Rover Opportunity looks back toward a part of the west rim of Endeavour Crater that the rover drove along, heading southward, during the summer of 2014. (Photo: NASA/JPL-Caltech/Cornell Univ./Arizona State University)

This scene, captured on June 24, 2014, from the panoramic camera (Pancam) of NASA's Mars Exploration Rover Opportunity catches “Pillinger Point,” on the western rim of Endeavour Crater, in the foreground. It is presented in false color to make differences in surface materials more easily visible. (Photo: NASA/JPL-Caltech/Cornell Univ./Arizona State University) 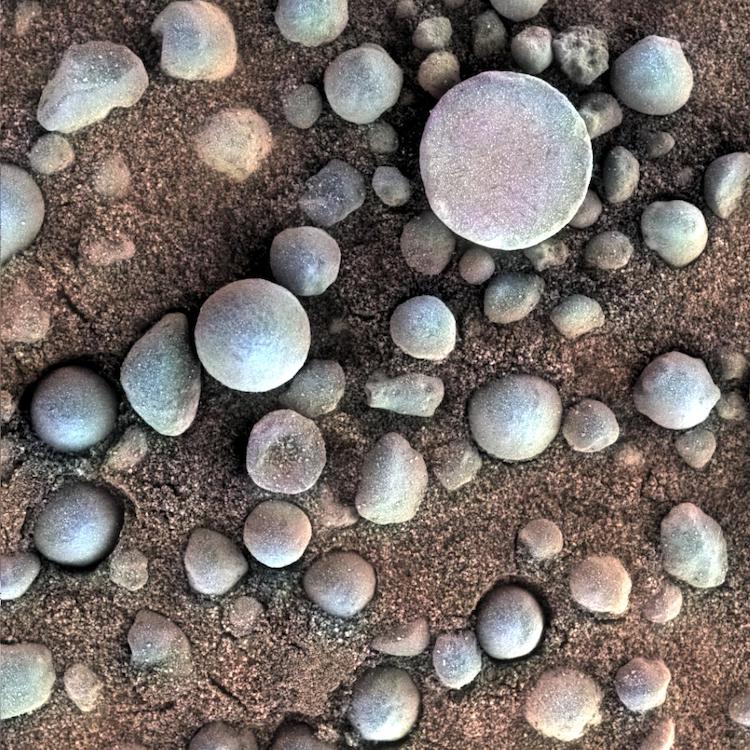 These are examples of the mineral concretions nicknamed “blueberries.” Opportunity's investigation of the hematite-rich concretions during the rover's three-month prime mission in early 2004 provided evidence of a watery ancient environment. This image was taken during the 84th Martian day, or sol, of the rover's work on Mars (April 19, 2004). (Photo: NASA/JPL-Caltech/Cornell/USGS) 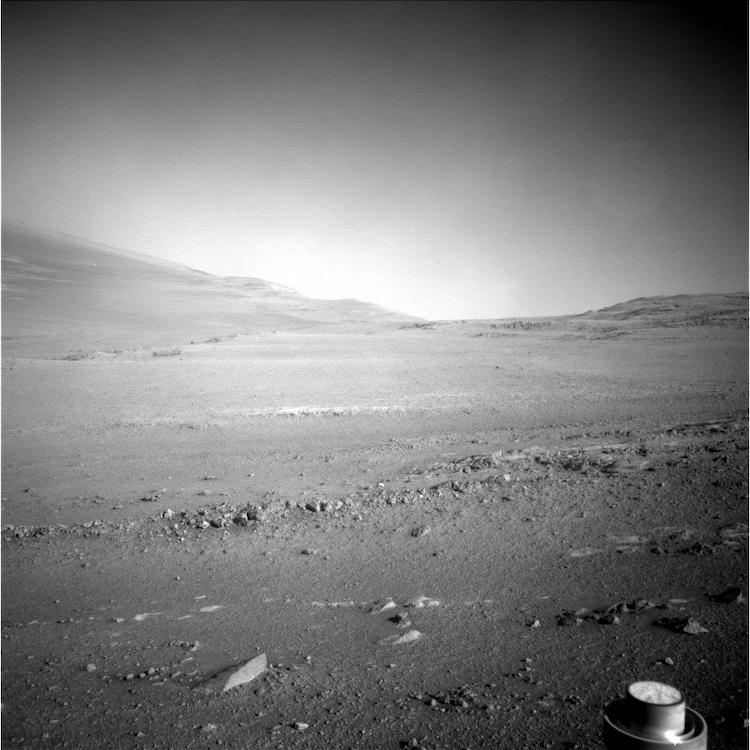 Looking along the rim of Endeavour Crater in early January 2018. (Photo: NASA) 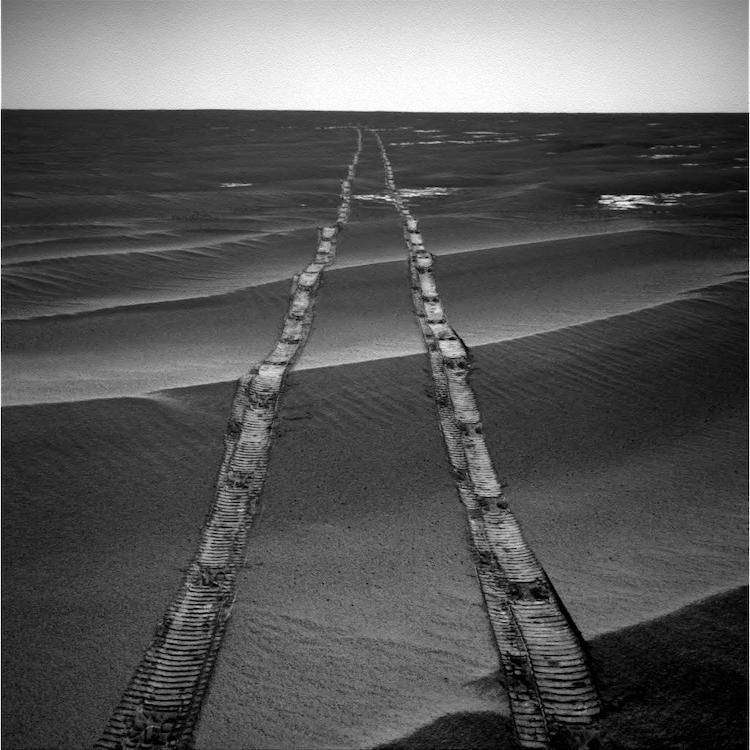 In this navigation camera raw image, NASA's Opportunity Rover looks back over its own tracks on Aug. 4, 2010. (Photo: NASA/JPL-Caltech)

Watch as NASA scientists narrate the highlights of the trailblazing Opportunity Mars rover.