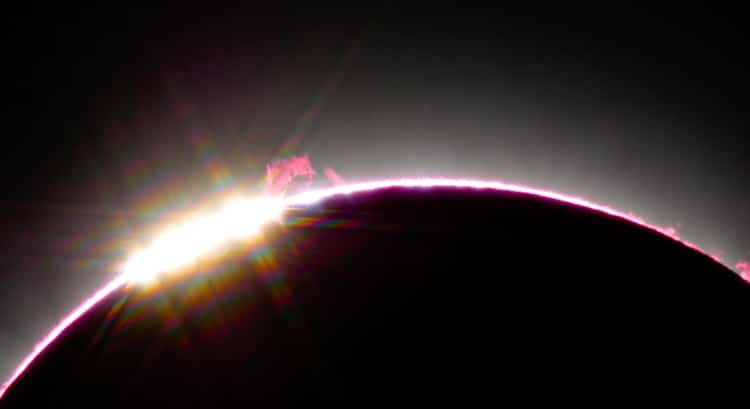 People traveled far and wide to view the 2017 total solar eclipse in person, an incredible phenomenon that was last visible in the continental United States in 1979. And now, a group from South Korea has released stunning 4K video footage that recorded the special event.

Professor Jun Ho Oh is the founder of RainbowAstro, a company specializing in equipment for amateur astronomers. Pulling together an expedition team, Professor Oh made his way to Oregon in order to capture the eclipse. Gathered with fellow researchers, as well as family who flew in for the trip, the team used the company's RST-150H mount along with a 2160mm f/12 telescope and a Panasonic GX85 to film the total eclipse.

For Professor Oh, the successful footage is a triumph of 18 years of work. The 2017 eclipse was his 11th eclipse chase, with his first occurring in 1999 in Sivas, Turkey.  After years of development and research, he was finally able to get the video of the eclipse he'd always dreamed of. Most recently, the group had tried this setup during the Indonesian solar eclipse of 2016, but weren't successful due to cloudy conditions. Here, luck was on their side as the specially programmed mount perfectly traced the Sun's periphery to capture the contact moments.

When viewing the raw footage, it's a delight to hear the elated screams of the crowd as the eclipse takes place. A second, more artistic, music video combines footage from up-close and zoomed out vantage points on the eclipse. It's truly a magical moment captured on film for posterity. The chase won't end here, however, as the team is already making plans for the July 2, 2019 eclipse in Chile.

A team of astronomy enthusiasts from South Korea captured this close-up raw footage of the 2017 solar eclipse in real time.

This version, set to music, combines different vantage points of the total eclipse.

Take a look behind the scenes to watch the RainbowAstro team, as well as other eclipse observers, during the special event.