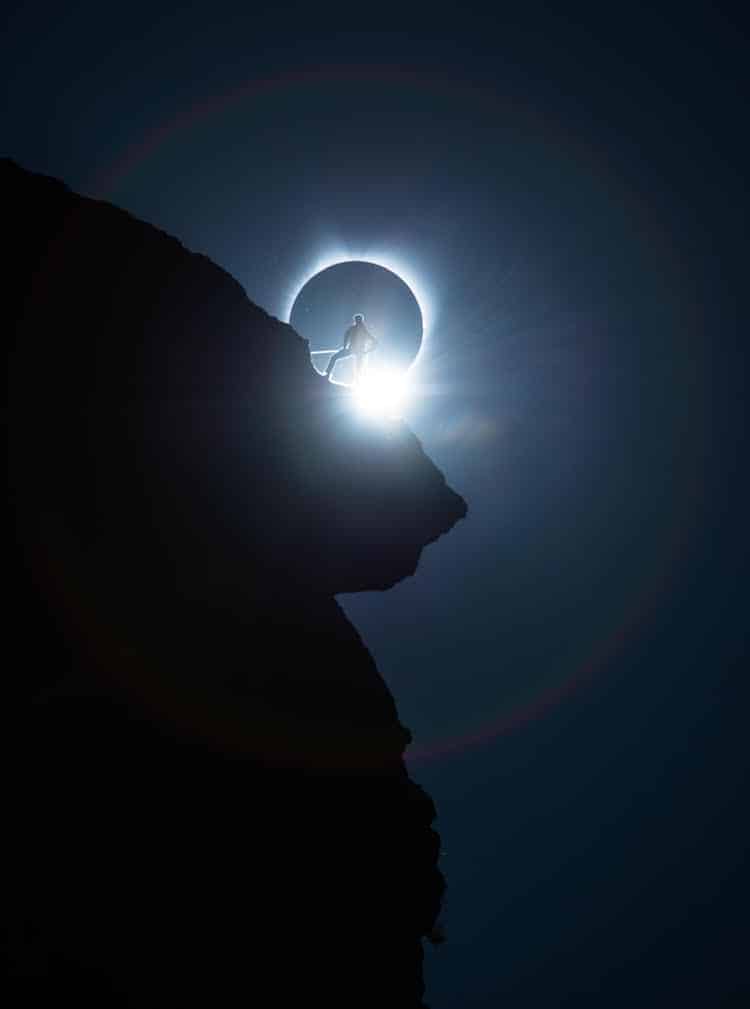 Photographers Ted Hesser and Andrew Studer, along with climbers Martina Tibell and Tommy Smith, worked together to create some of the most memorable images of the 2017 total solar eclipse. Working with precision, and under great time constraints, they managed to capture a breathtaking image of Smith's silhouette standing on Smith Rock in Oregon as totality took place just behind him.

For Hesser, an avid rock climber, it was the perfect moment to marry his love of photography and the adventure sport. He first started thinking about the shoot several months ahead of time, when he heard about the solar eclipse. Knowing that many photographers would be photographing the event, he brainstormed how he could create a unique image.

“I found some eclipse images with landscape, but they tended to be composite images showing the phases of the eclipse against a backdrop, where the eclipse was typically enlarged respective to the landscape via Photoshop,” Hesser shares with us via email. “I could not find any in-camera images that silhouetted a person against totality. I’ve been a rock climber for about twenty years, and so I naturally began to think through creating such an image.”

After an intense round of location scouting to find the perfect place where the eclipse would occur low enough in the sky to make the idea a reality, the team settled on Monkey Face on Smith Rock. In order to ensure the perfect positioning, Tibell and Smith climbed the iconic rock formation a day ahead of the eclipse in order for Studer and Hesser to be sure their plans would align. “As soon as Tommy crested over the ridge to a little triangular ledge, I knew that was it, that was the shot,” says Hesser.

On the big day, the team woke up quite early in order for the climbers to get a start up the peak before the early morning eclipse. Position and timing were key to making the photo shoot work, an aspect that was not lost on the team. “I was very concerned that our positioning would be slightly off, and that totality would happen behind the Monkey Face tower, making all of our hard work for naught,” Hesser shares. “There was one point about 20 minutes before totality where the eclipsed sun looked like it was way too low in the sky to make it all work out.”

But soon enough, cheers went through the crowd gathered at the base of Monkey Face as Smith perfectly aligned with the eclipse. Cameras snapped away, as there was a window of about 90 seconds to get the perfect shot. “There were some doubts in my mind about how well it would work out,” Studer confesses to us, “but in the moment after realizing I had precisely the exact same shot I envisioned, it all felt so surreal. I remember just taking a step back from the camera and walking away…I couldn't believe it.”

For Hesser, it was a dream come true from seven months earlier when he began brainstorming how to shoot the eclipse. “I had goosebumps when totality was occurring. I had imagined something like this, but not this. I couldn’t have imagined this shot as perfectly as it came out. The diamond ring effect had begun at just the right moment, precisely when Tommy was encompassed by totality. There were only about 10-15 seconds available to get that shot before everything started to move out of alignment again.”

In the end, their efforts paid off, and by combining humanity and nature, their eclipse photos have become some of the most viral imagery to come out of this rare event.

Photography and mountain climbing come together for these incredible photos of the total eclipse at Smith Rock in Oregon. 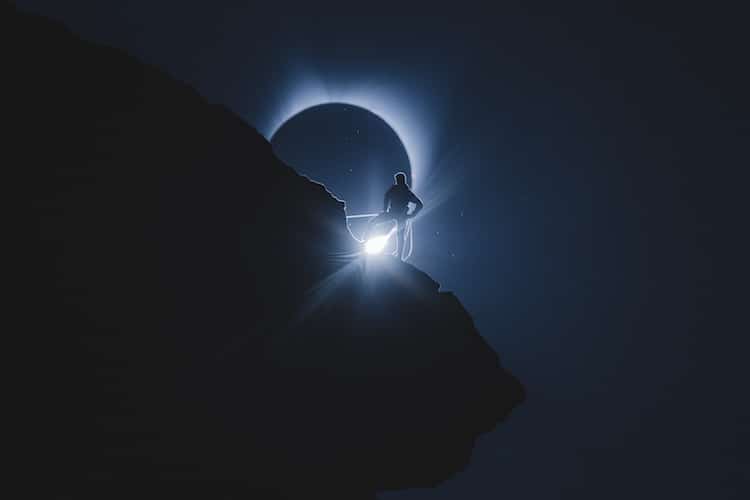 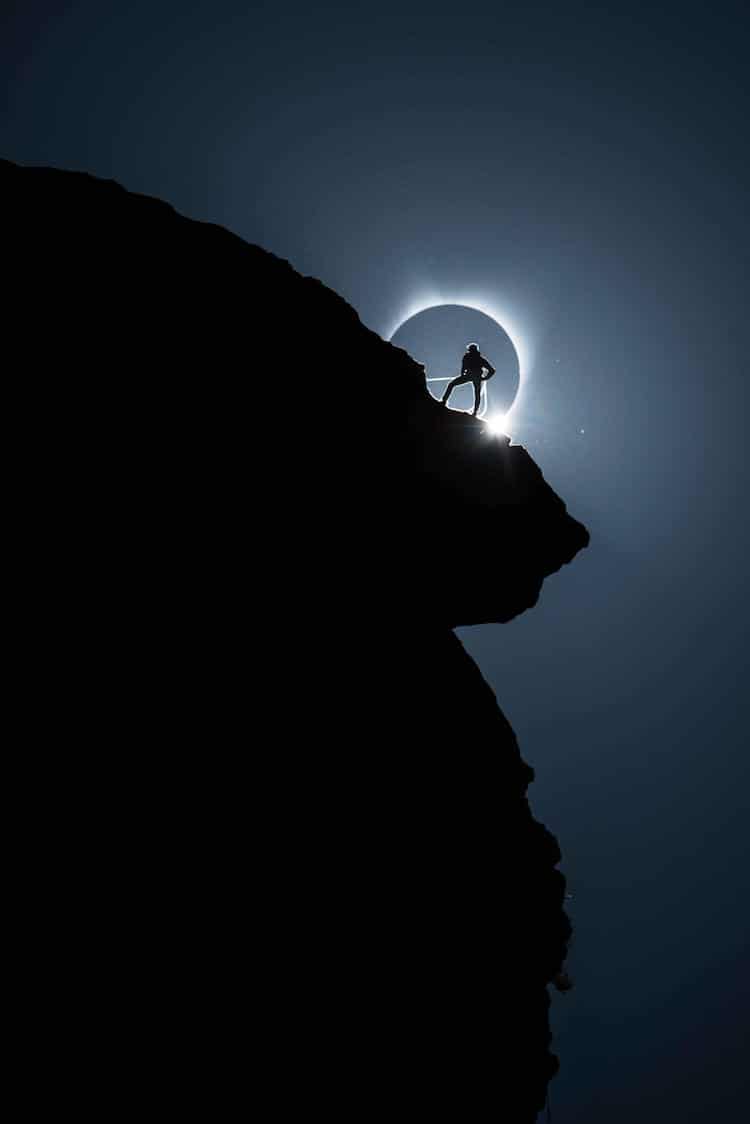 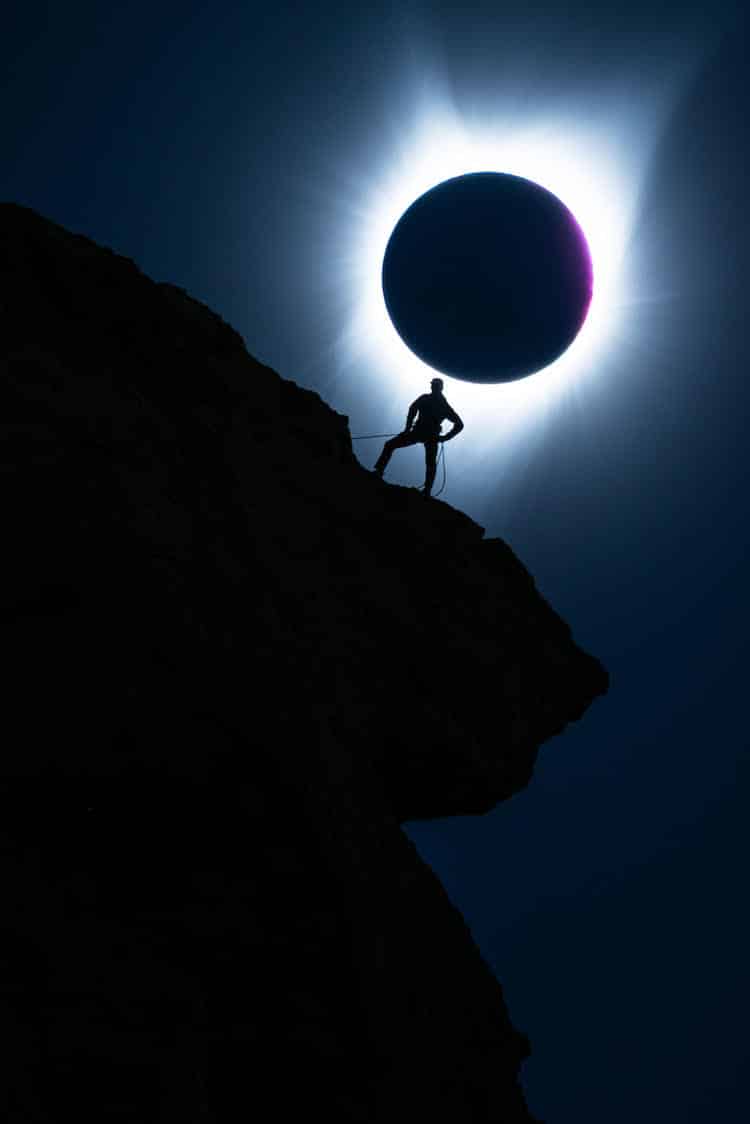 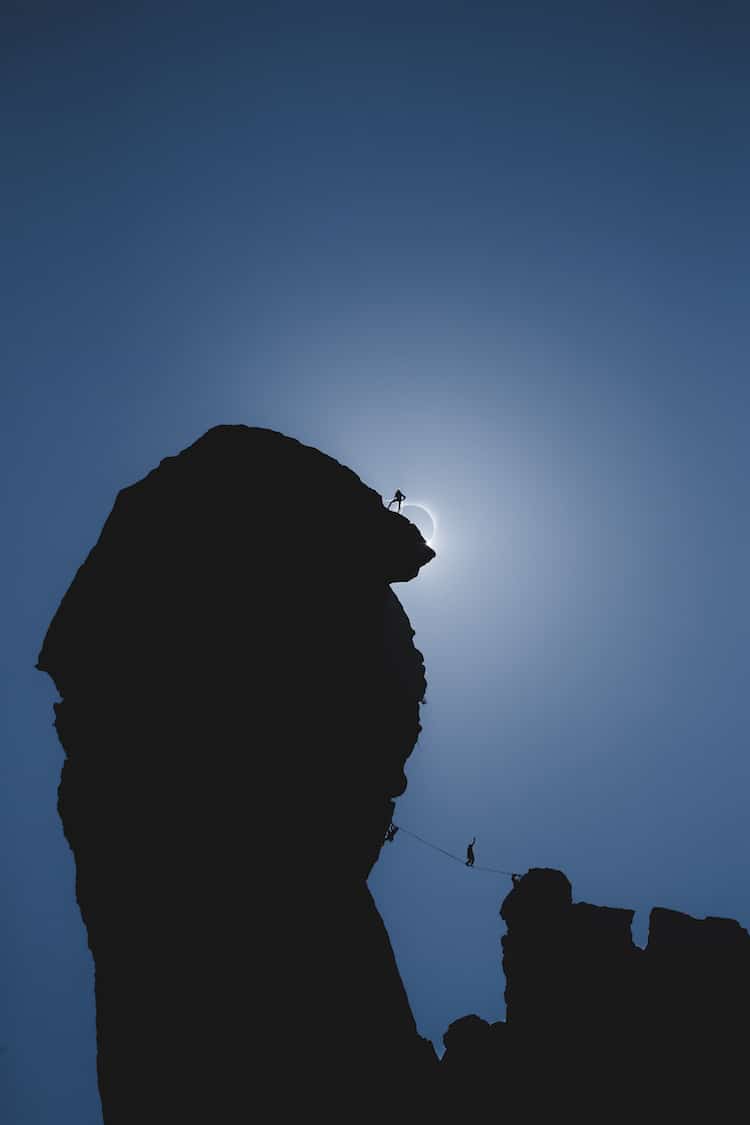 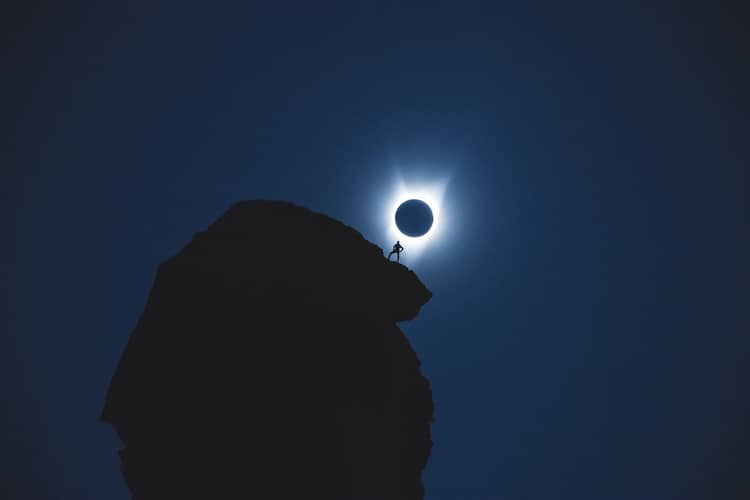 Thanks to Columbia Sportswear, we can see how the unique shoot unfolded during the 2017 solar eclipse.

My Modern Met granted permission to use photos by Ted Hesser and Andrew Studer.

How to Capture Stunning Photos of Earth’s Majestic Mountains