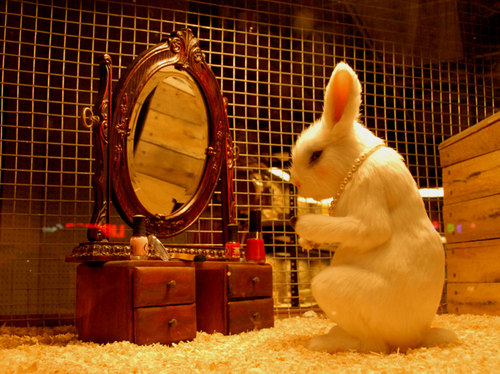 Our beloved graffiti artist has just set up shop in NYC creating one of the most interesting pet stores ever! You have got to see these pictures to believe it. 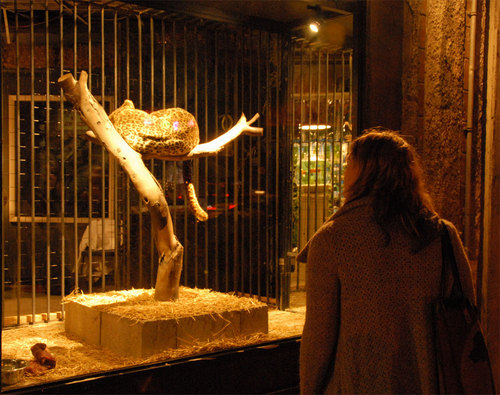 A leopard lounging on a tree? Nope! Just some handy dandy animatronics. 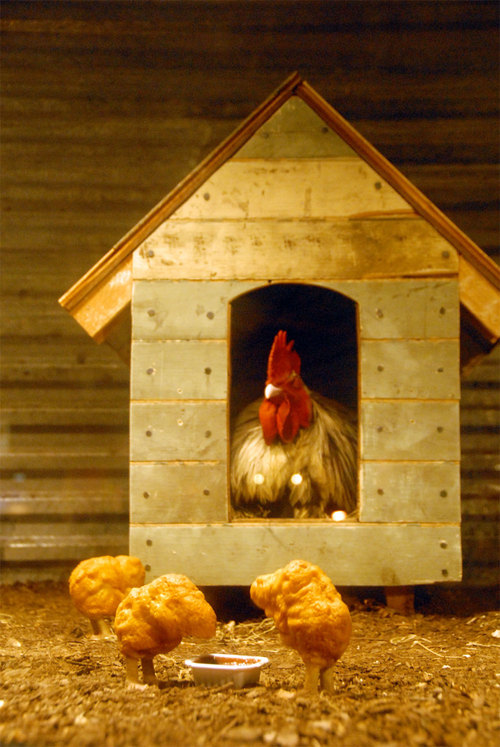 Chicken McNuggets sipping on bbq sauce, hilarious! Here's Banksy, “”New Yorkers don't care about art, they care about pets. So I'm exhibiting them instead. I wanted to make art that questioned our relationship with animals and the ethics and sustainability of factory farming, but it ended up as chicken nuggets singing. I took all the money I made exploiting an animal in my last show and used it to fund a new show about the exploitation of animals. If its art and you can see it from the street, I guess it could still be considered street art.” 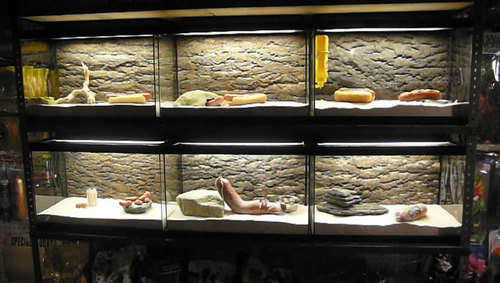 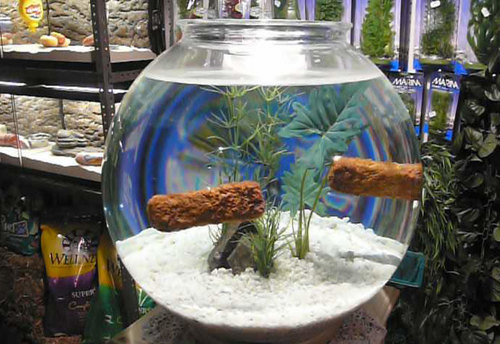 Breaded fish swimming around a bowl! This video is great!

From Woostercollective: “A clear departure form last year's behemoth show in Los Angeles, Banksy's first ever show in New York City (the others have been fakes) is being held in a tiny storefront that's less than 300 square feet and can't hold more than 20 people at any one time. One of our favorite things about what Banksy has done is that the entire show is completely visible to the public both day and night through the store front windows. And unless you're a hard core Banksy fan, or until someone like us tells you, it's absolutely impossible to know that the work has been done by Banksy. There are no paintings or graffiti in the entire space. ” October 31st (Halloween), Banksy's pet store is officially open each and every daily from 10am until midnight. 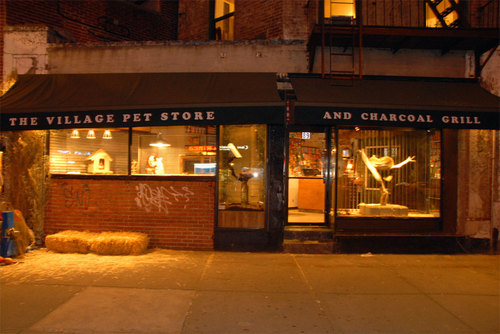 89 7th Avenue between West 4th and Bleeker Street in the West Village of New York City. via Woostercollective