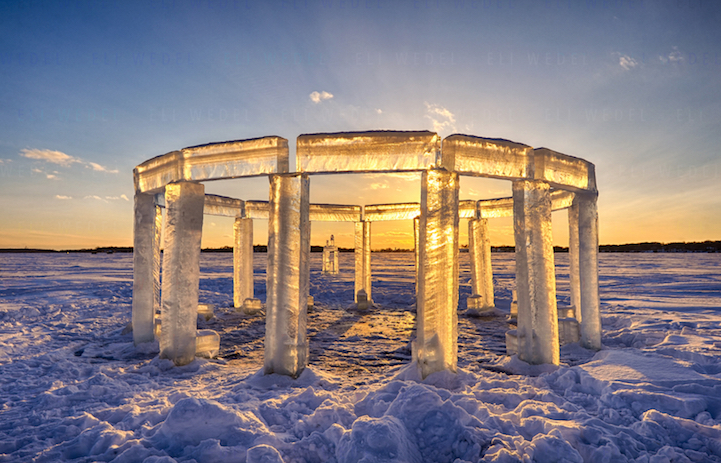 Five friends from Lake Mills, Wisconsin recently worked together to construct a magnificent, icy version of Stonehenge on Rock Lake near Bartel's Beach. Called Rock Lake Icehenge, the gorgeous structure is made of blocks cut from the lake's ice and stuck together using a mortar of snow and water. The colossal slabs of ice, weighing 200-300 pounds each, required an incredible amount of backbreaking effort to prop up and stack atop each other. The beautiful results speak for themselves, however, as can be seen in these stunning photos captured by Eli Wedel.

Drew McHenry, Kevin Lehner, Quinn Williams, Alec Niedringhaus, and Patrick Shields first came up with the idea four years ago, when they found old ice cutting equipment that they wanted to experiment with. Their first attempt to build Icehenge in 2014 wasn't successful due to unfavorable weather conditions, but this year they accomplished the challenging task in just two weekends.

Unfortunately, the picturesque display had to be taken down because of safety concerns stemming from the warmer temperatures and the thousands of people flocking to catch a glimpse of the monumental structure. For the brief time it was up, however, Icehenge was an impressive sight to behold, especially for anyone lucky enough to witness the golden rays of the setting sun illuminating the icy pillars from the west. 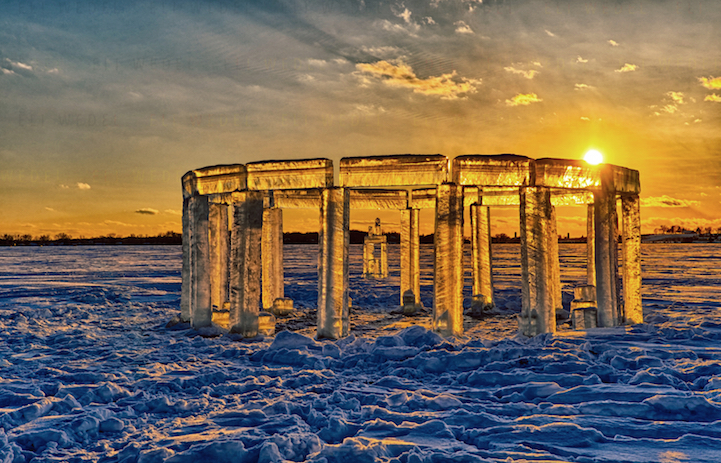 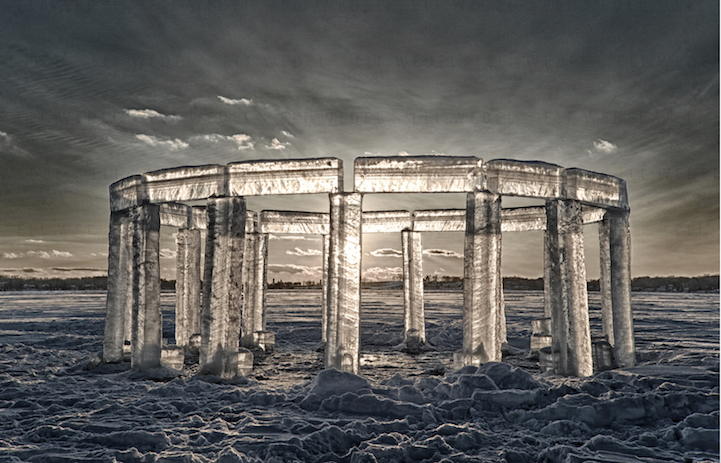 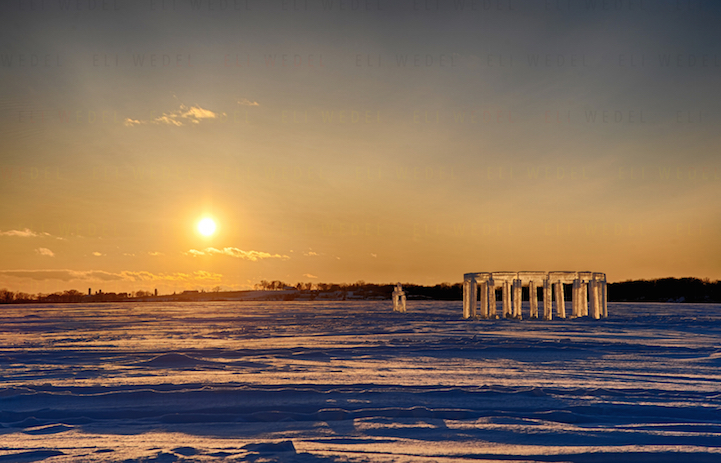