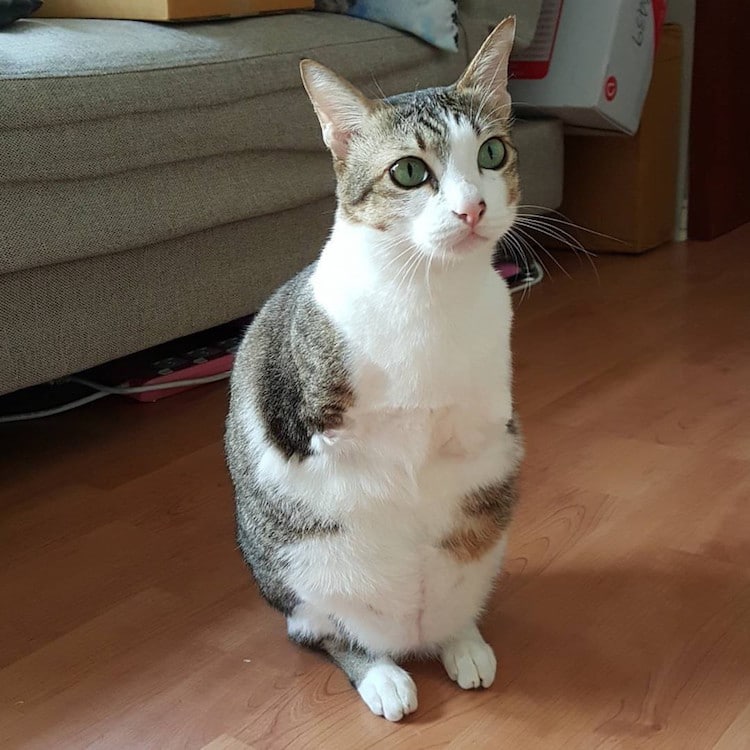 This special cat may only have two legs, but he doesn’t let that slow him down. Defiantly named Able, the tomcat has learned to walk, run, jump, and live a happy life with only his hind-legs. But, it hasn’t been an easy road.

Four years ago, as a stray in Thailand, Able was involved in a nearly fatal accident. While chasing a bird, he fell off a roof and landed on an electrical transformer. Though locals rushed to his aid, the damage had already been done: his front legs and part of his hind-end had to be amputated. To make matters worse, following his procedure, no one wanted to take care of him, and he was forced to return to his lonely life as an alley cat.

That’s when an anonymous lifesaver stepped in.

Having seen Able wandering around her neighborhood one dark and stormy night, she took him in. “The first time I saw Able, I felt such energy and inspiration to live my life,” she gushed to Coconuts Bangkok. “He's a very strong cat, indeed.” Abel immediately made himself at home and became quickly attached to Finfin, his new human’s other cat. While Finfin can’t use her back legs, she, like Able has overcome adversity and, today, the playful pair of cuddle buddies is happy as can be. 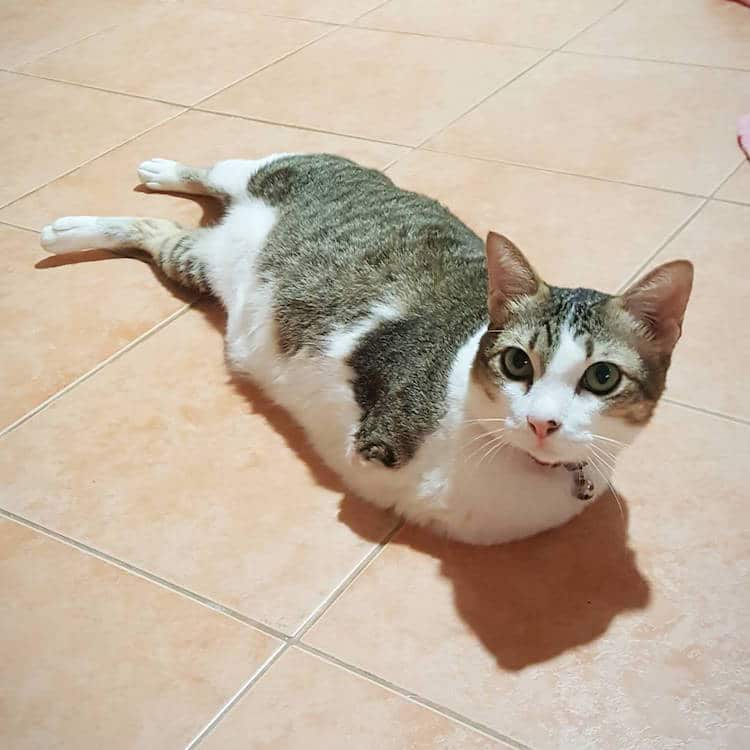 He's an adorable cat with only two legs. 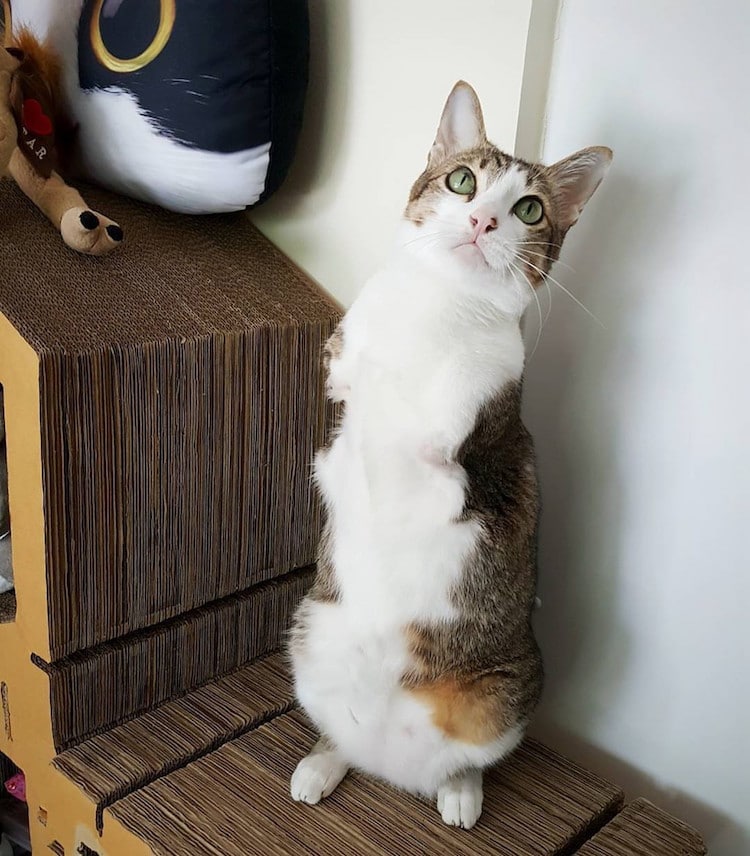 That hasn't stopped him from reaching his full potential, though. 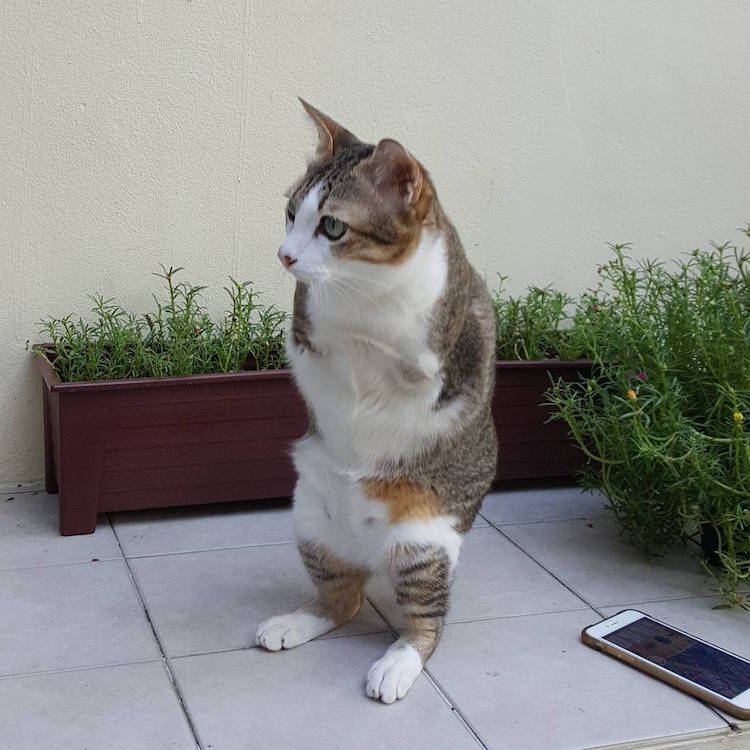 Able has learned to stand up and walk around on his hind legs. 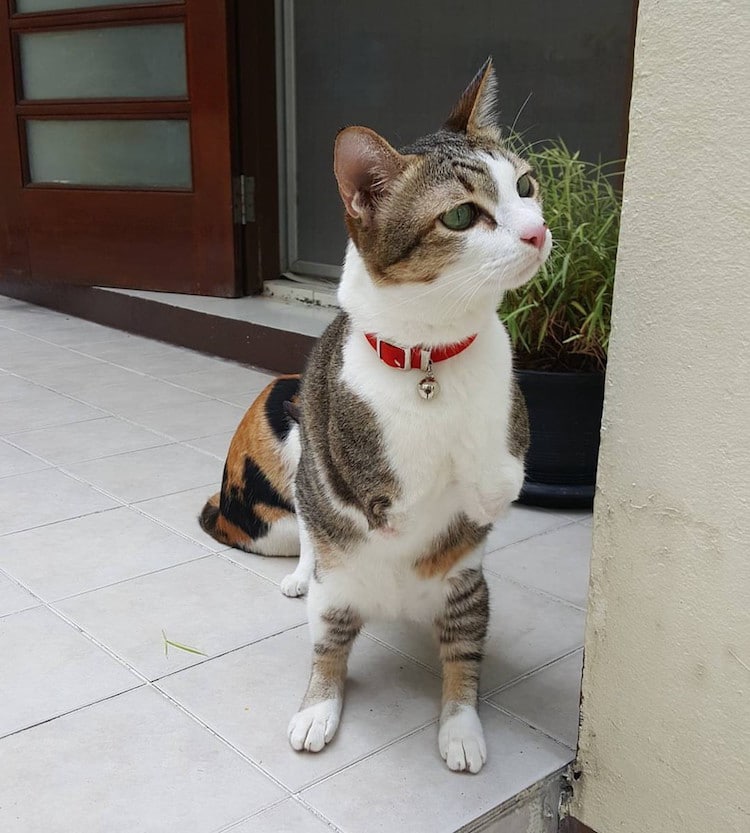 Like most cats, he also likes to lounge around… 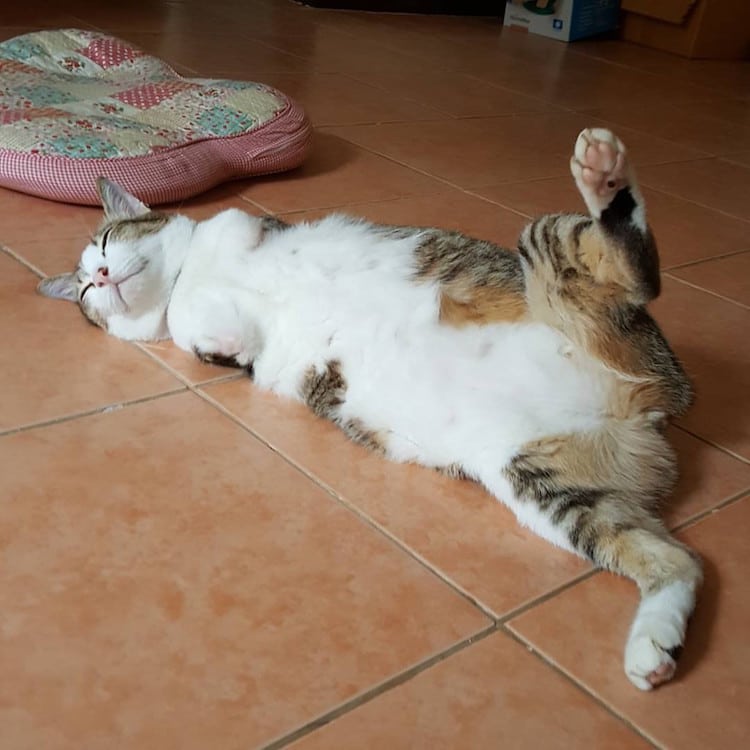 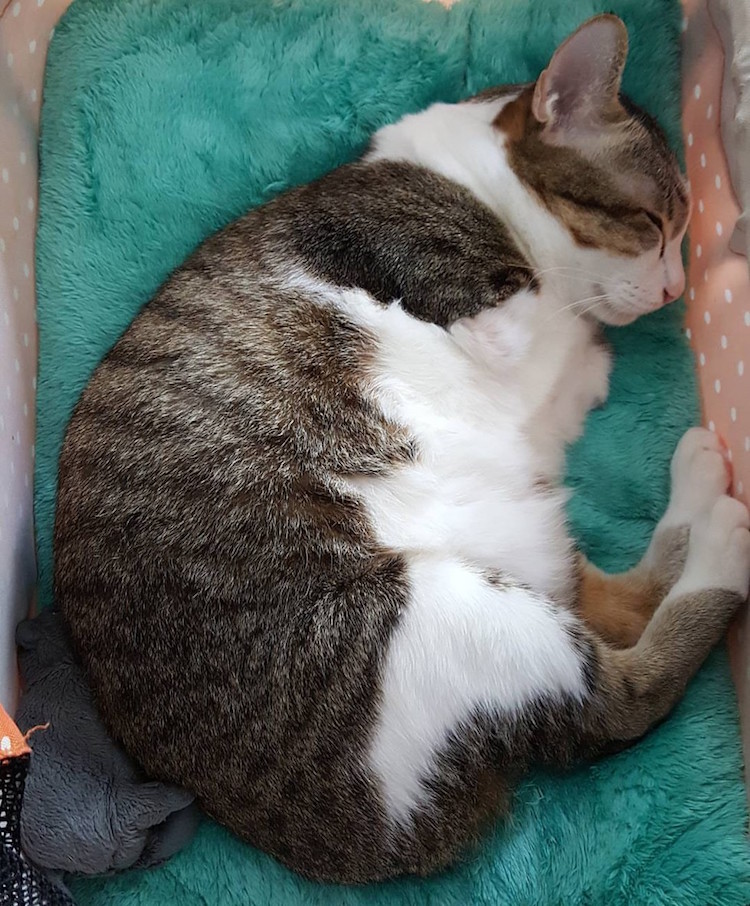 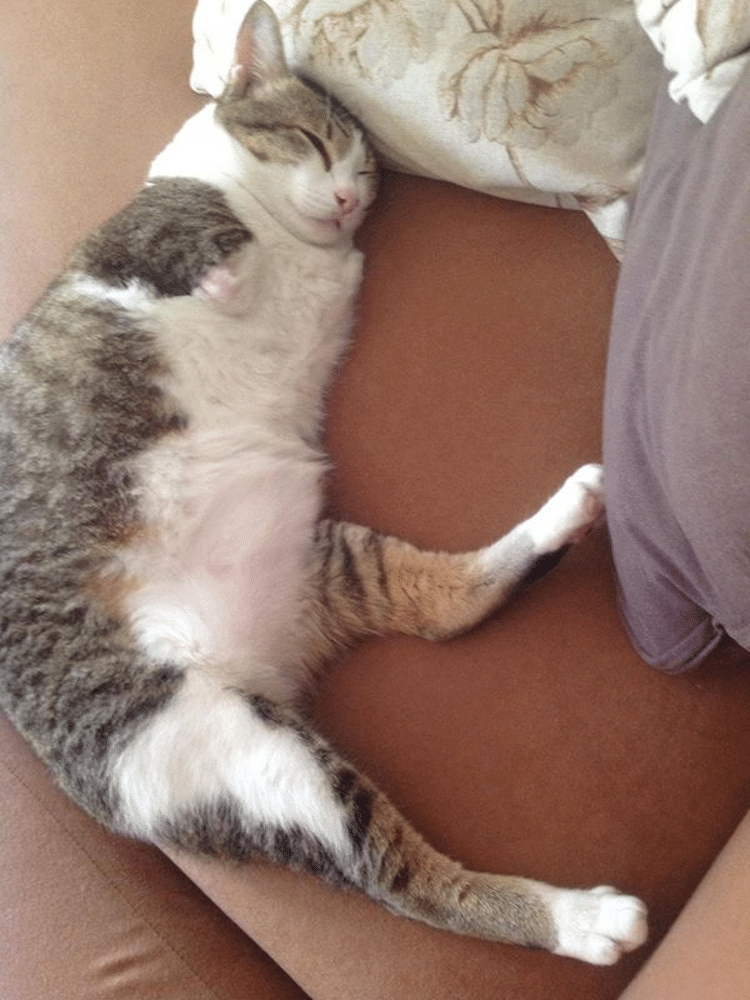 And he's even made a couple of feline friends! 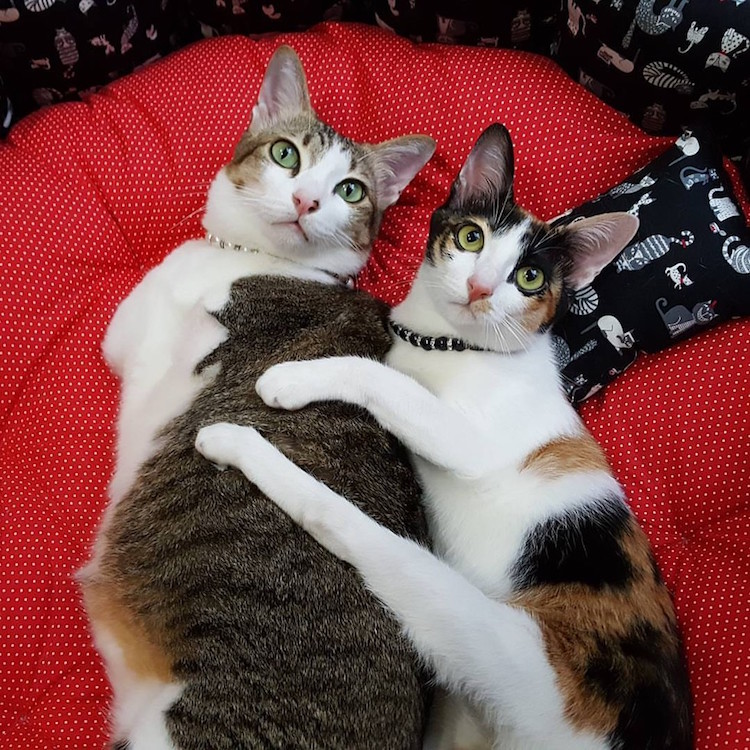 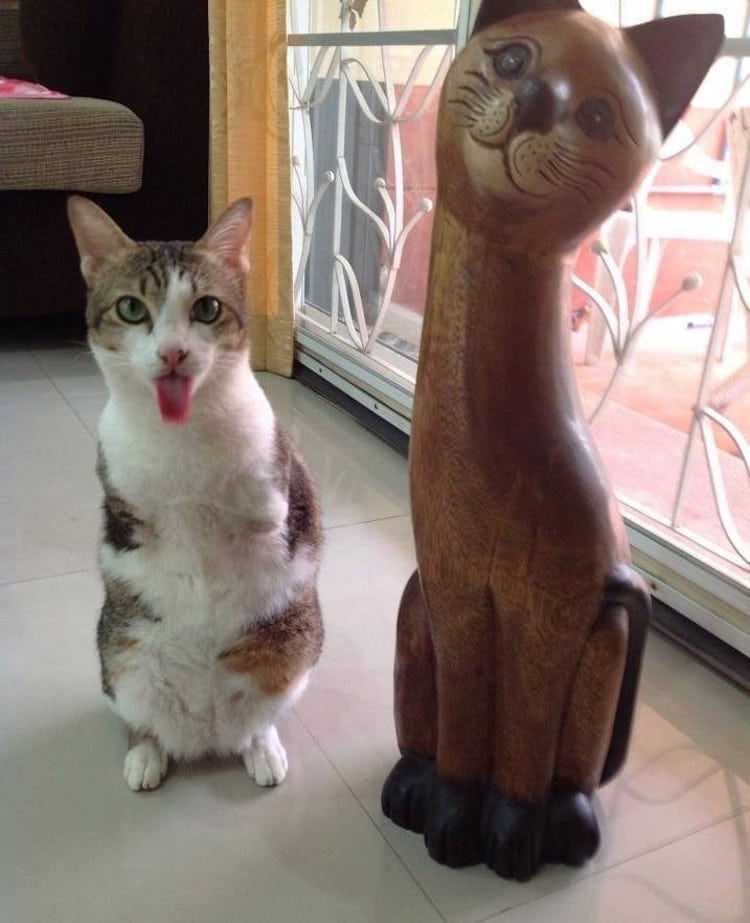 Nothing can hold Able back—even a flight of stairs!

All images via Able Maew.