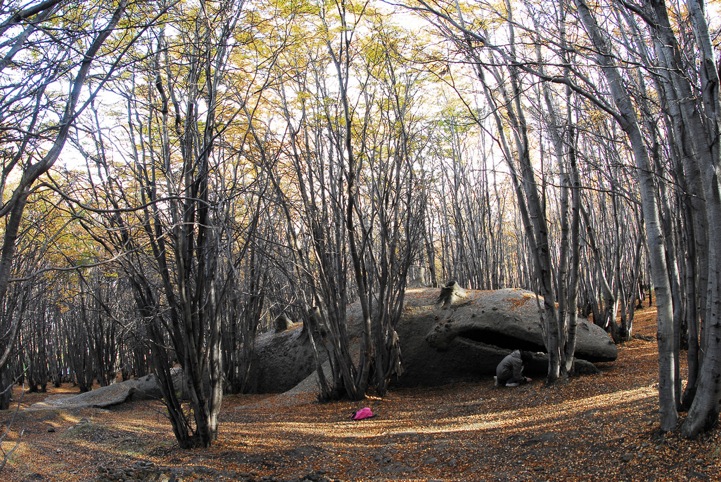 Argentina-based artist Adrin Villar Rojas knows how to make a big statement. In 2009, Rojas constructed a massive public installation titled My Family Dead that depicts a whale in the middle of a forest in Ushaia, Argentina. The scene is a disturbing spectacle of a dead animal carcass that leaves the viewer saddened and baffled. How does an entire whale wind up in the woods? Luckily, it's not an actual whale, but a well-crafted replica made of wood, rocks, and clay. Nonetheless, the implications of human impact on the natural world remain engrained in one's mind.

What I find especially effective, in addition to its realistic appearance and overwhelming size, is the whale's gradual disappearance into its surroundings. It lays there motionless as its environment reclaims it, sheathing it with layers of leaves or snow. There are also unusual tree stumps that seem to be emerging through the whale's body that heightens the notion that this sea creature's life is transitioning into extinction. Where it lays will simply be more trees, masking its existence. 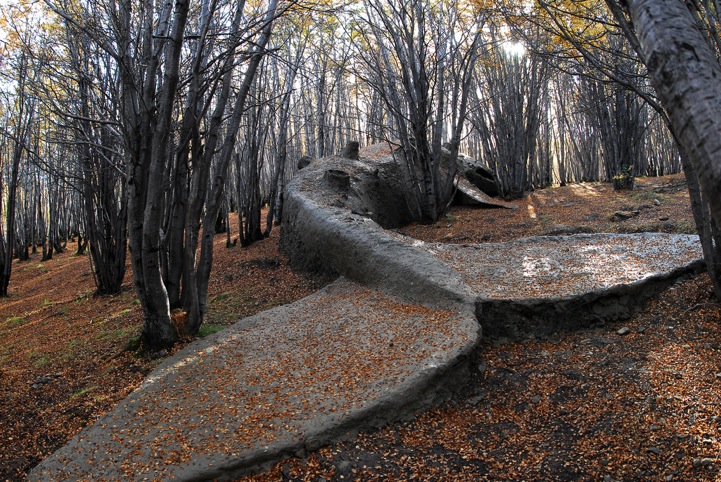 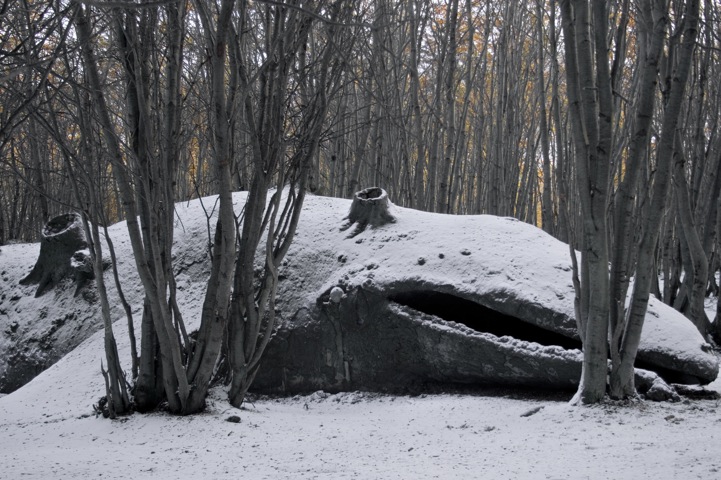