Getting Lost in Ai Weiwei’s Endless Stacks of Bicycle Tires 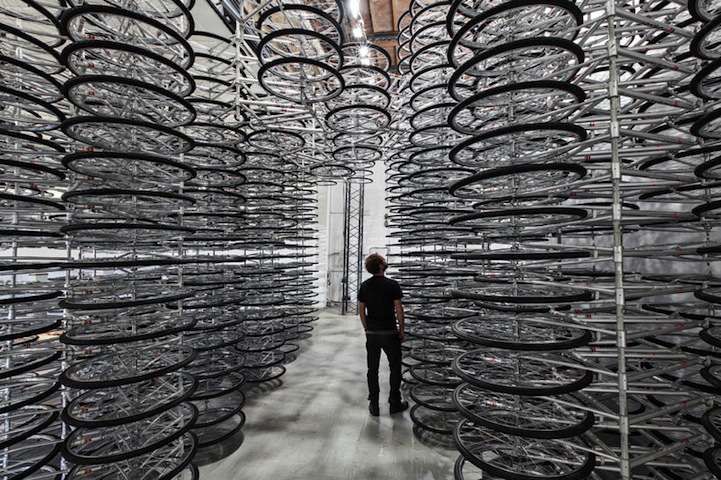 Renowned Chinese artist Ai Weiwei is constantly using his creative eye to construct art that comments on social, political, and cultural issues. His installation titled Stacked is no exception. The display features 760 bicycles piled atop one another, extending overhead and inviting visitors into an unusual maze of metallic frames and rubber tires. Stacked up high like you'd find in a warehouse, audiences can find themselves getting lost in the network of silver rods and hypnotizing spokes that fill the space. The bikes are each affixed to each other to create this sculptural matrix that is both breathtaking and eye-opening.

As the main mode of transportation in Weiwei's homeland of China, the installation criticizes mass production. Similar to the contemporary artist's past installation titled Forever Bicycles, the towering piece reflects the overpopulation of “things” and, thus, the people that own them. More than just presenting a multitude of materialistic items to comment on overconsumption, though, Weiwei chooses the bicycle–an item that is often seen as a necessity for laborers in China. There is deep-rooted symbolism behind the rudimentary vehicle that seems to be commenting on the nation's growing man-powered manufacturing factories.

Stacked is currently on display as part of Weiwei's solo exhibition at Galleria Continua through February 16, 2013. 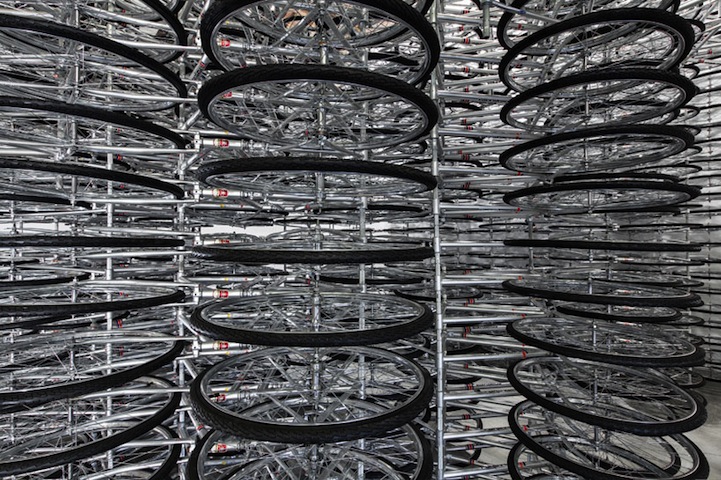 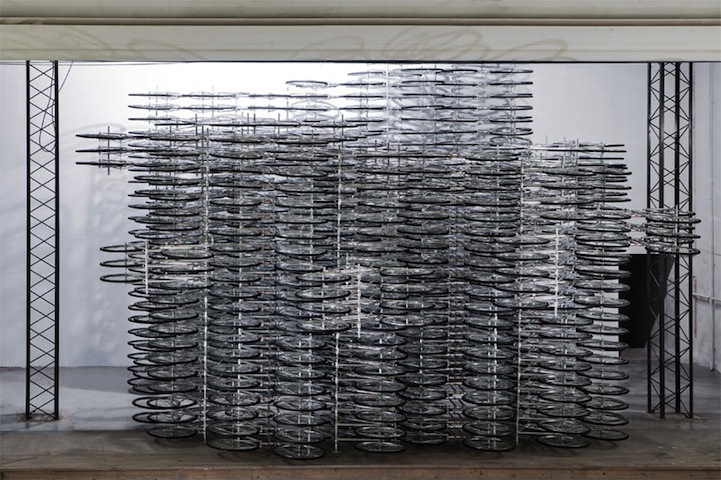 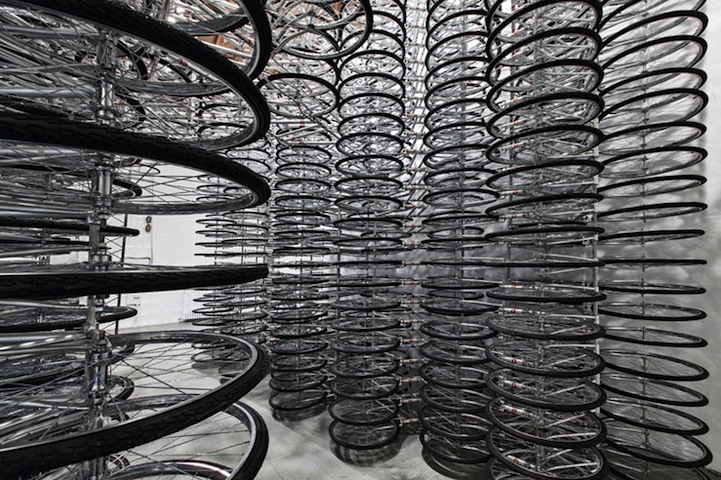 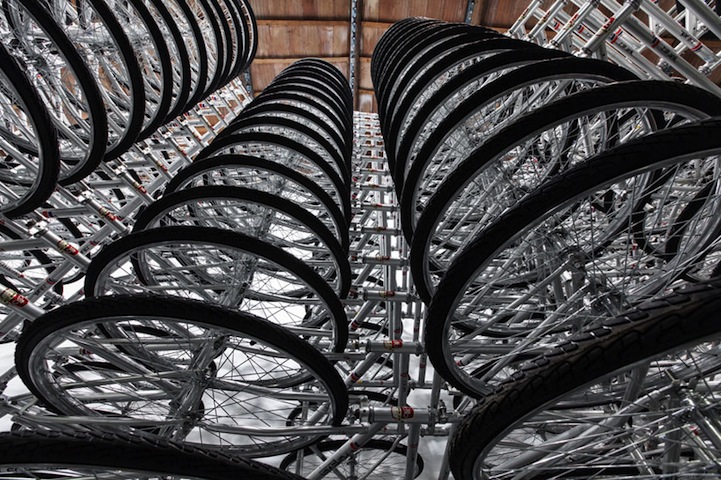 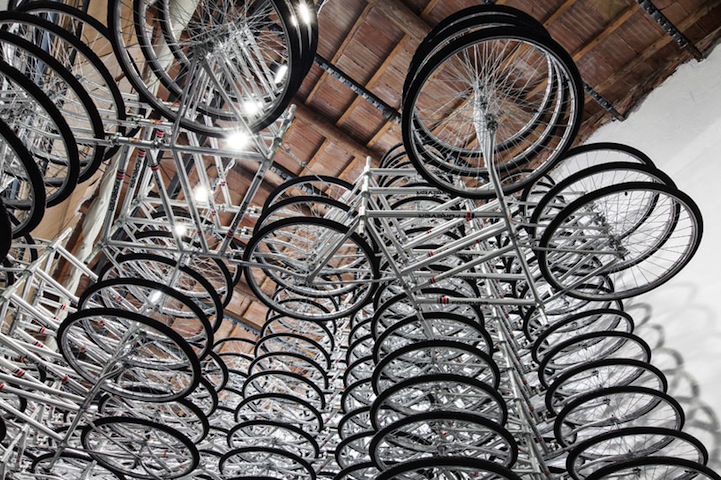 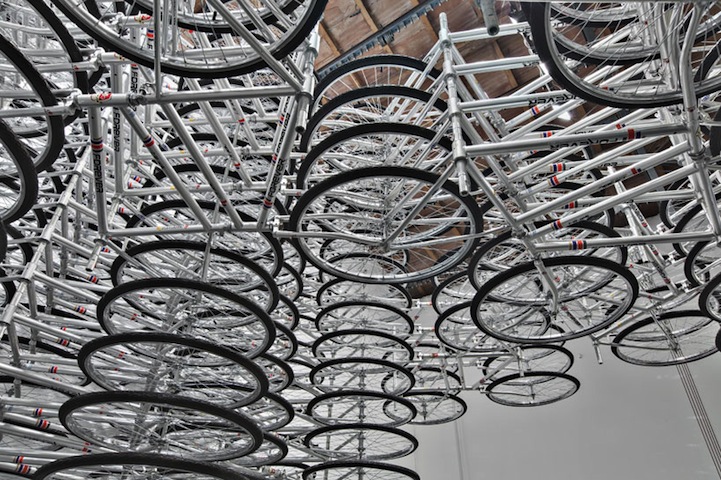 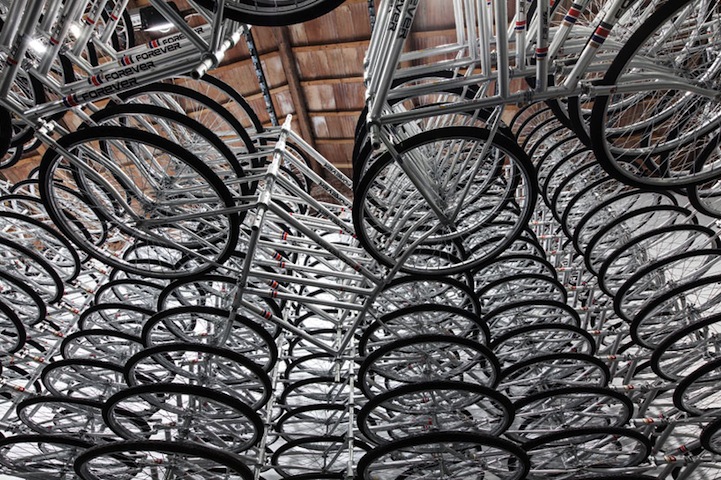 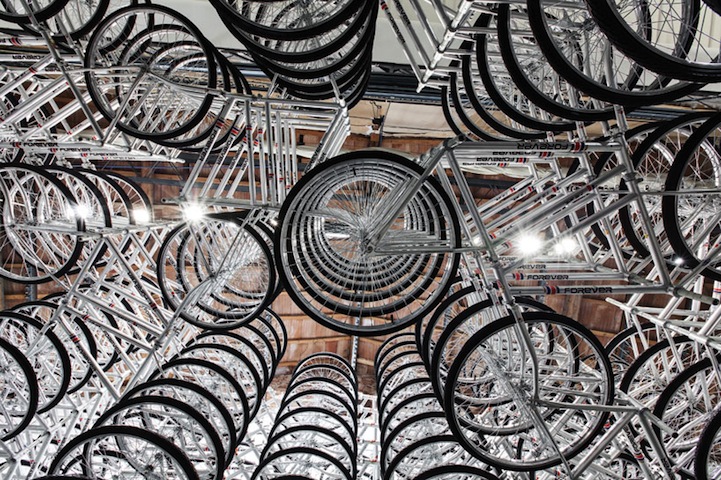 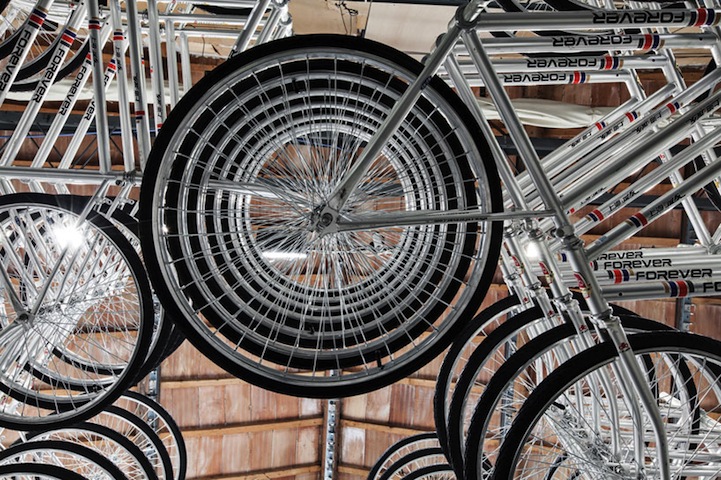