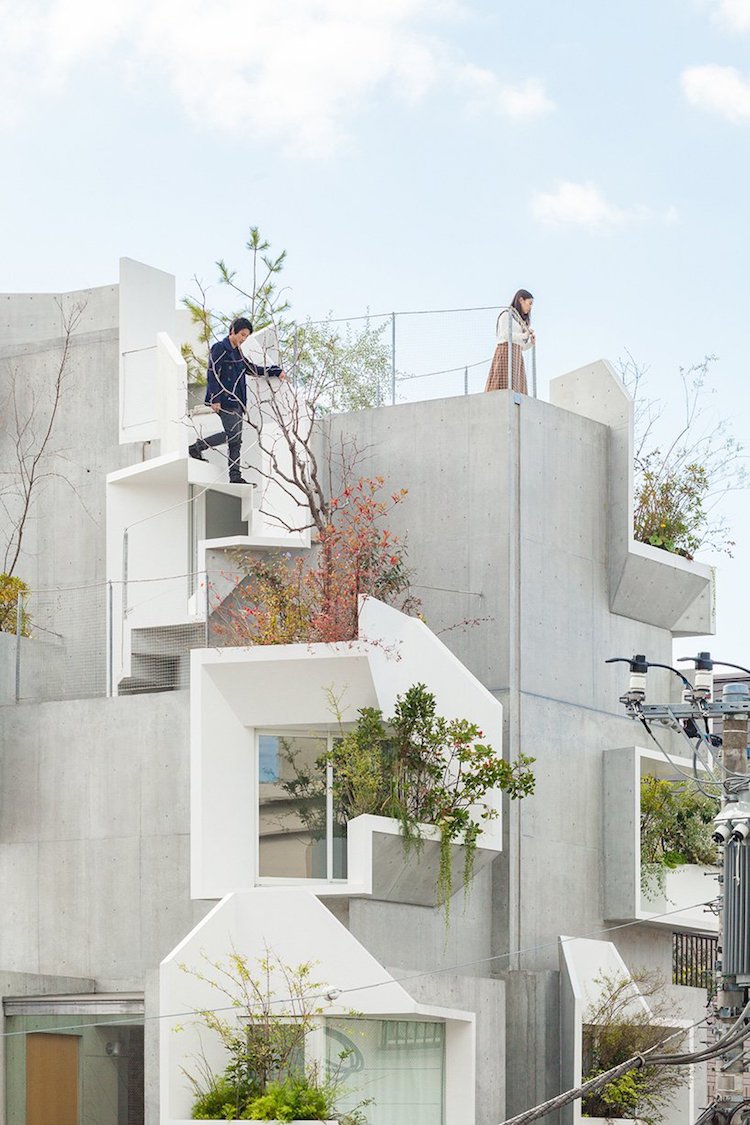 Like a cement tree sprouting from the urban fabric of Tokyo, architect Akihisa Hirata‘s Tree-ness house is an innovative residence in Japan’s Otsuka neighborhood. Built for gallery owner Taka Ishii, the multilevel building makes full use of the narrow, deep lot that Hirata had to work with. Functioning as a series of boxes stacked on one another, some left open to create folds and voids, interior and exterior meld into one another.

Ishii did not have specific requests for the design, but Hirata took into account his dual nature. On one side, a man who loves outdoor activities, Ishii is an avid surfer; on the other, the art enthusiast is a person who spends much of his time inside a minimalist gallery. Tree-ness house opens up the “white box” that Ishii works in and invites nature indoors, as plants are strategically placed on terraces and openings in the building. As an architectural concept, Tree-ness house is a nod to the vertical forests of Stefano Boeri, scaled back to balance between natural and manmade elements.

Hirata views the work as a tree sprouting up, its beauty coming from the sum of its parts rather than individual details. “If you compare the building to a single tree, it is not itself beautiful—moss and mushrooms grow on the tree, insects, squirrels, and birds fly, and such things come together as a whole,” the architect shares. “Through this architecture, I am aiming to create the richness of a tree. This house is the first piece of architecture that executed this vision. First, lay the boxes and make a single structure, the fold-shaped openings are attached to it and the plants are integrated.”

The ground level features a gallery managed by one of Ishii’s employees, while the remaining levels serve as a residence. The concept was first developed in 2009, with the building originally meant to span eight levels. After the Great East Japan Earthquake of 2011, the project was momentarily stopped and redesigned at a smaller height due to new earthquake safety measures. 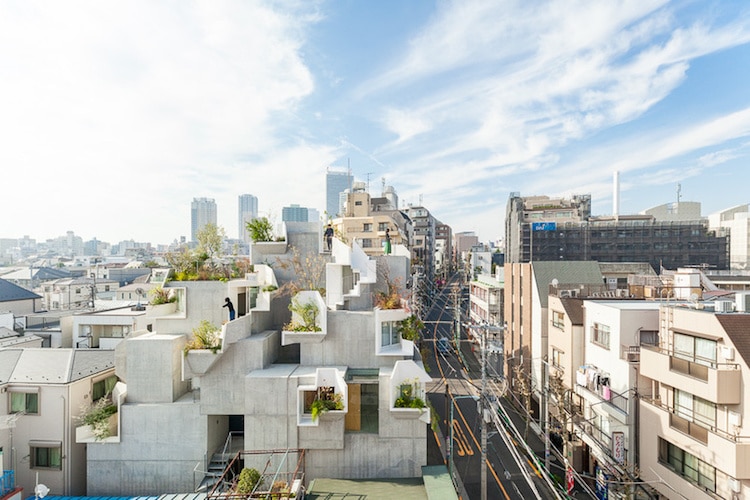 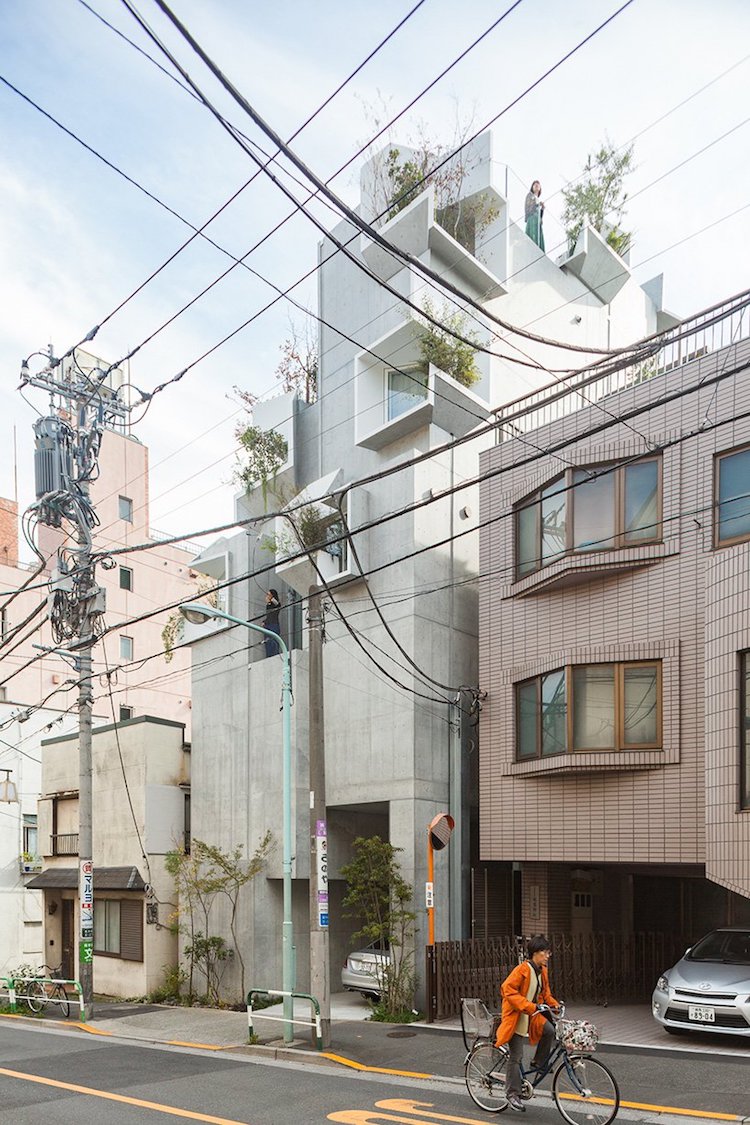 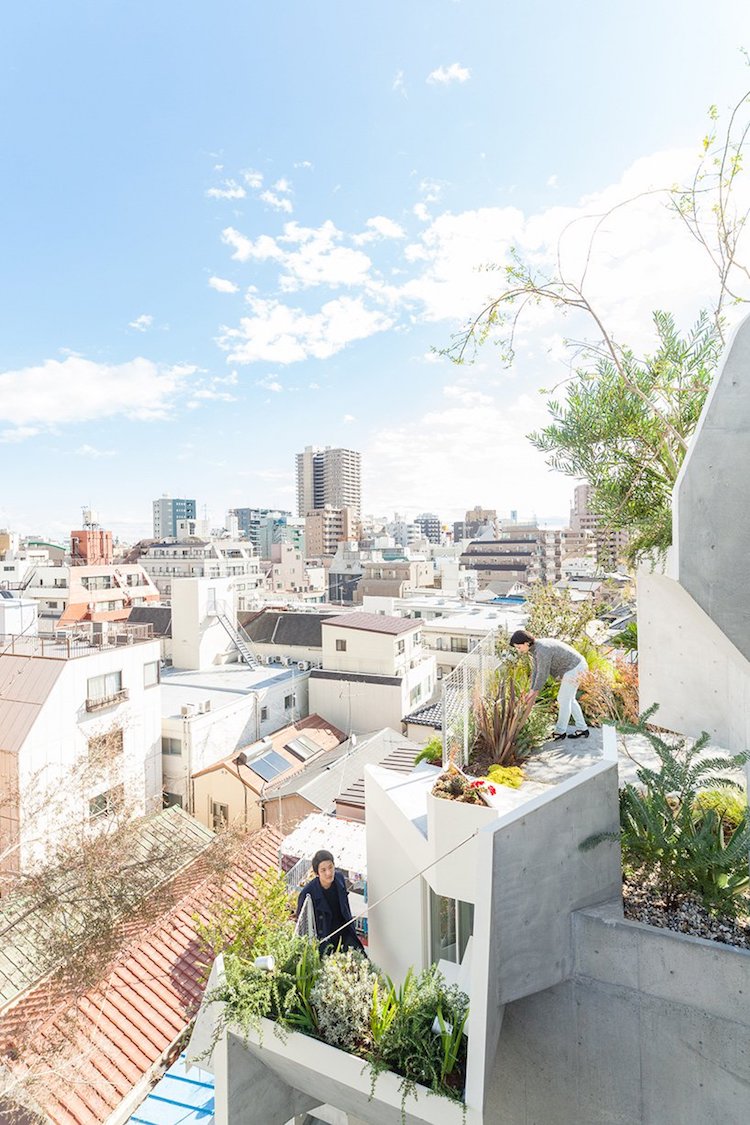 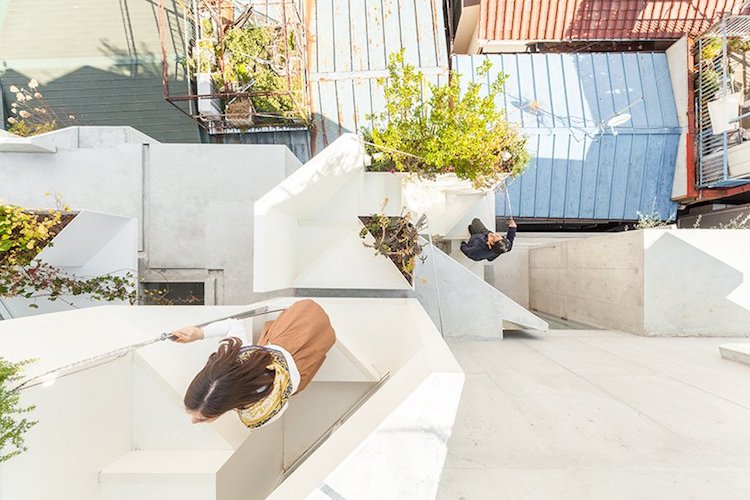 Built for gallery owner Taka Ishii, the structure is composed of stacked boxes with open inserts that introduce nature. 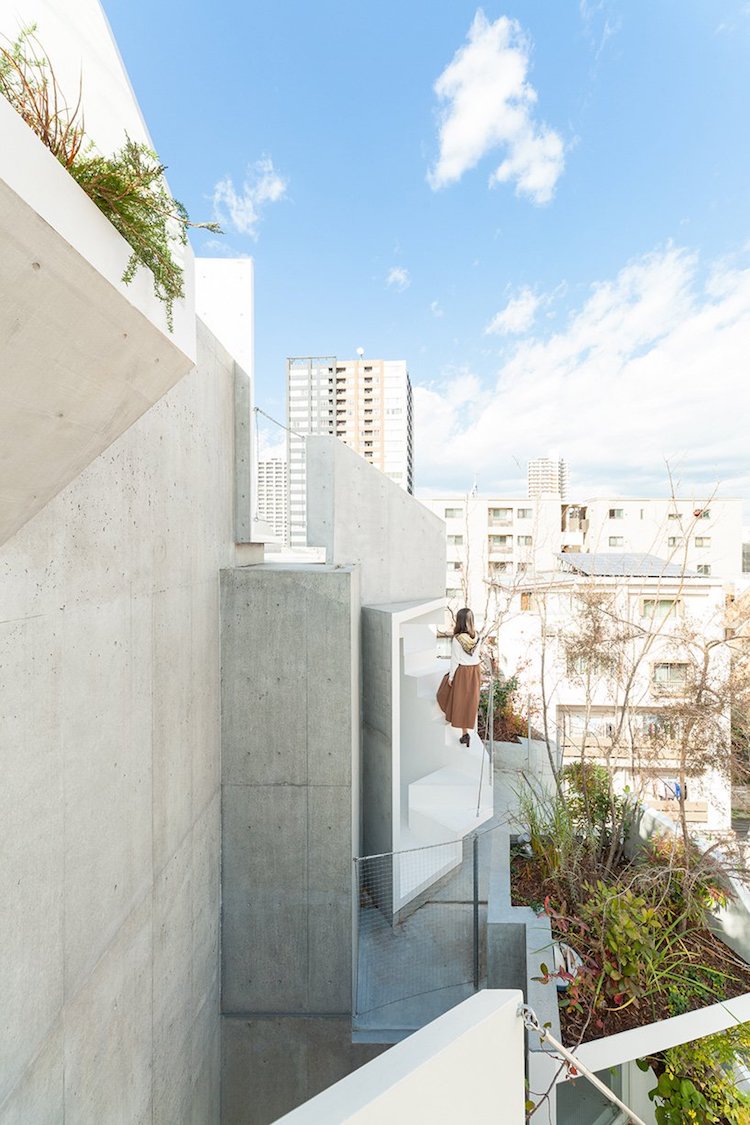 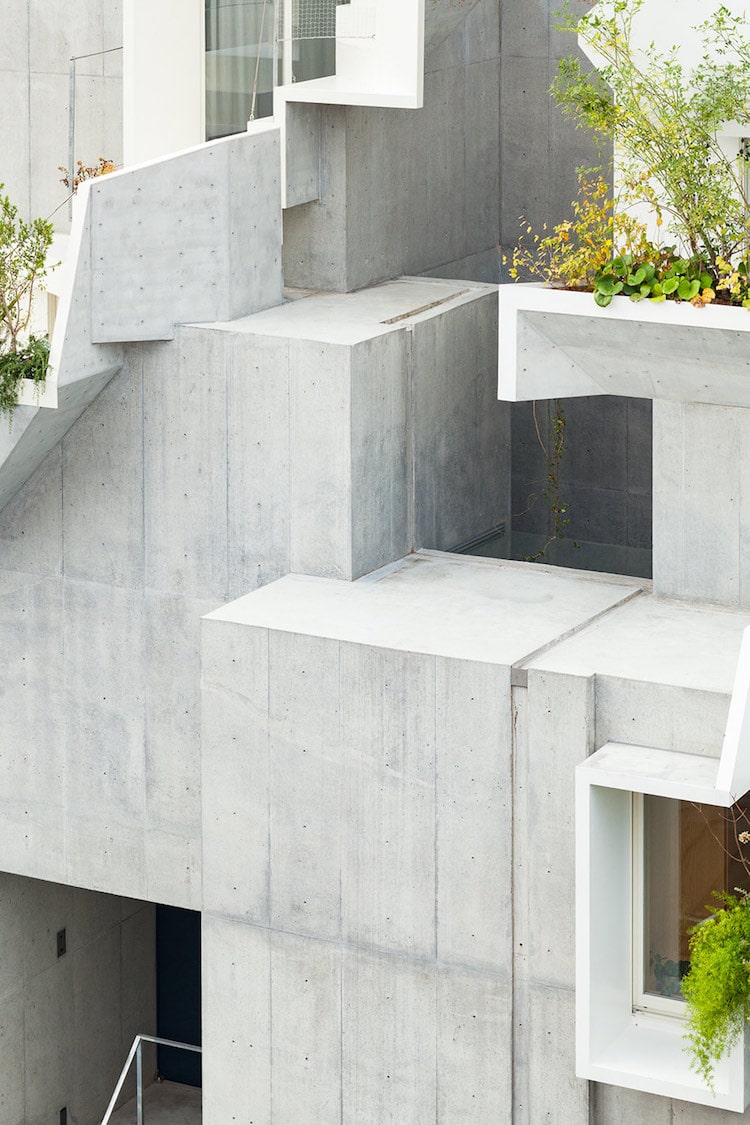 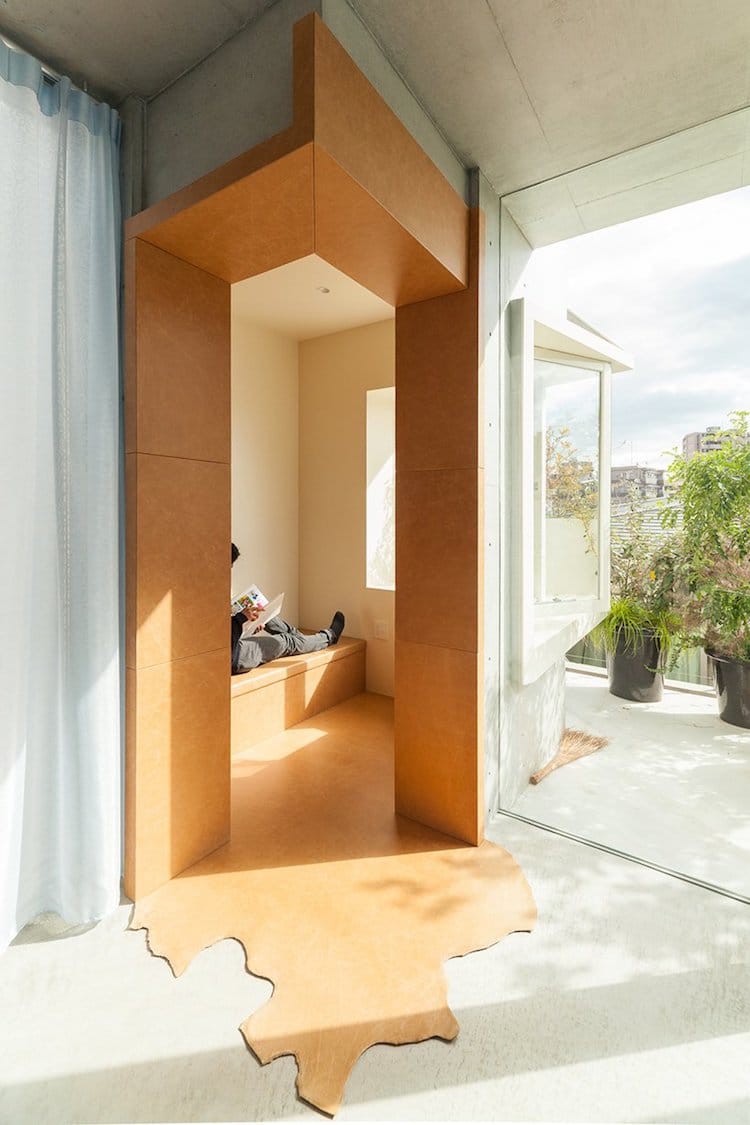 The residence is composed of organic forms that seamlessly combine indoor-outdoor living in an urban setting. 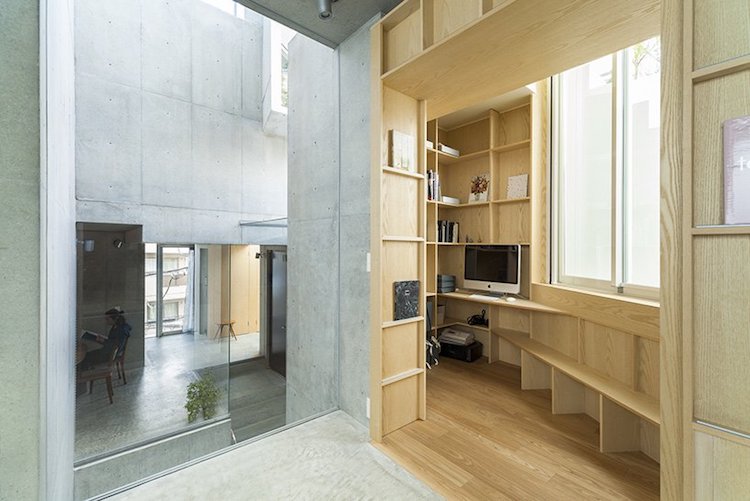 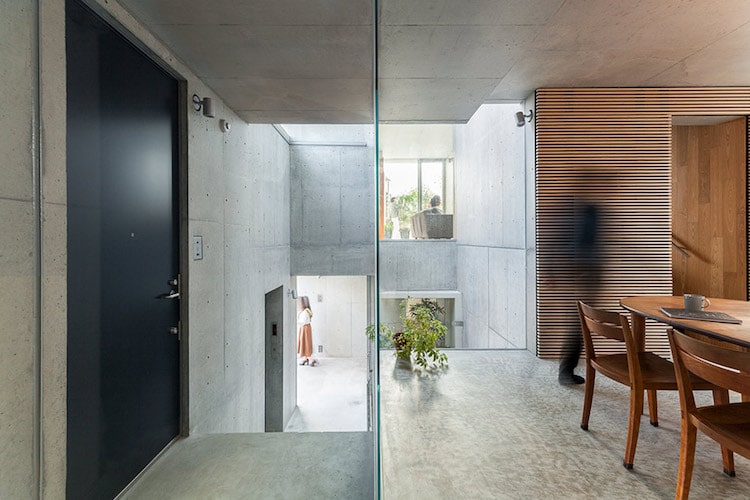 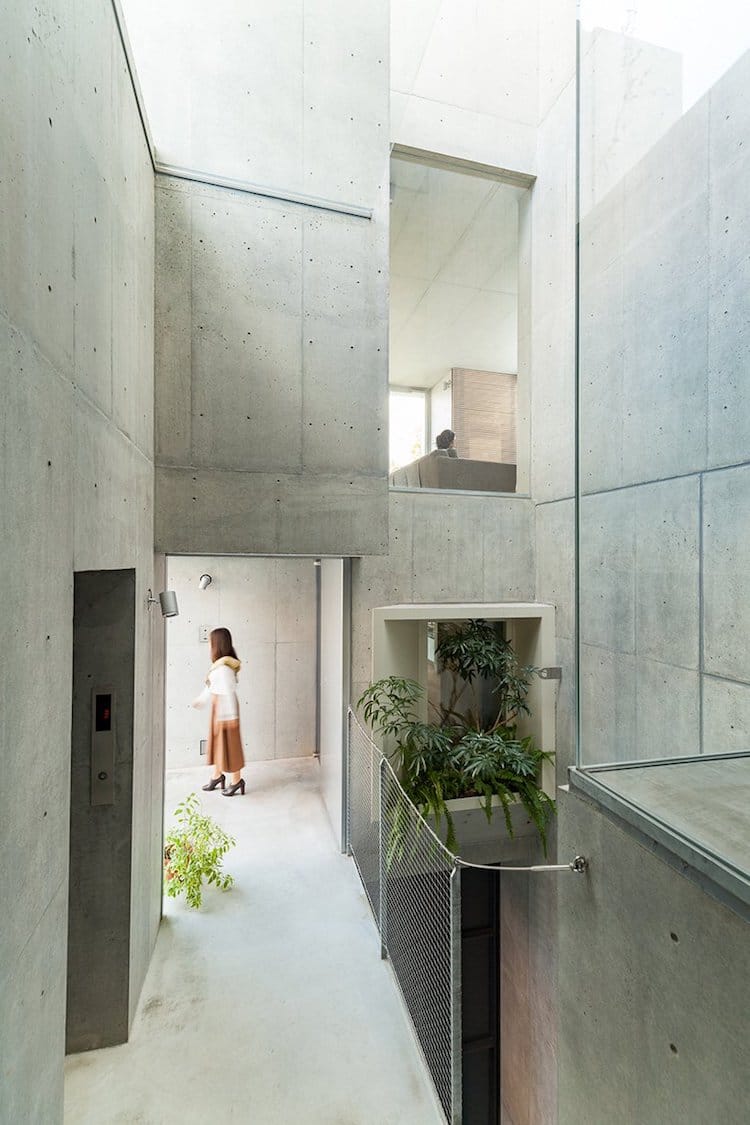 Hirata’s concept called for the building to sprout like a tree, its beauty shining through in the totality of individual elements. 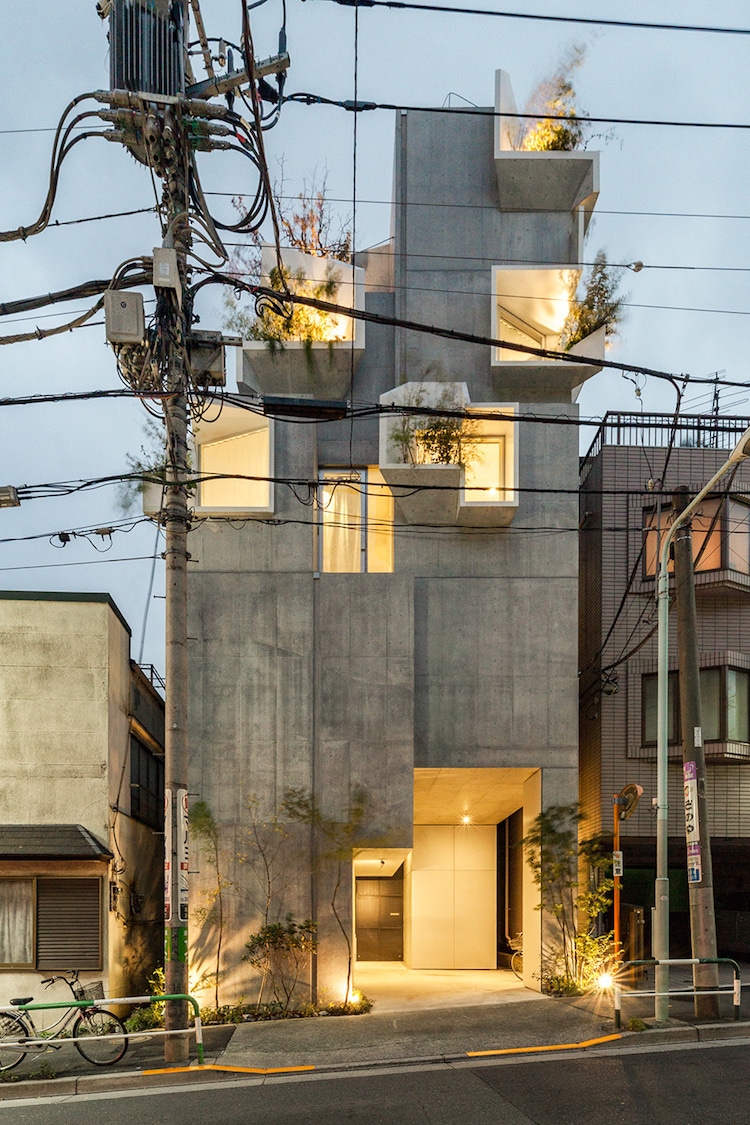 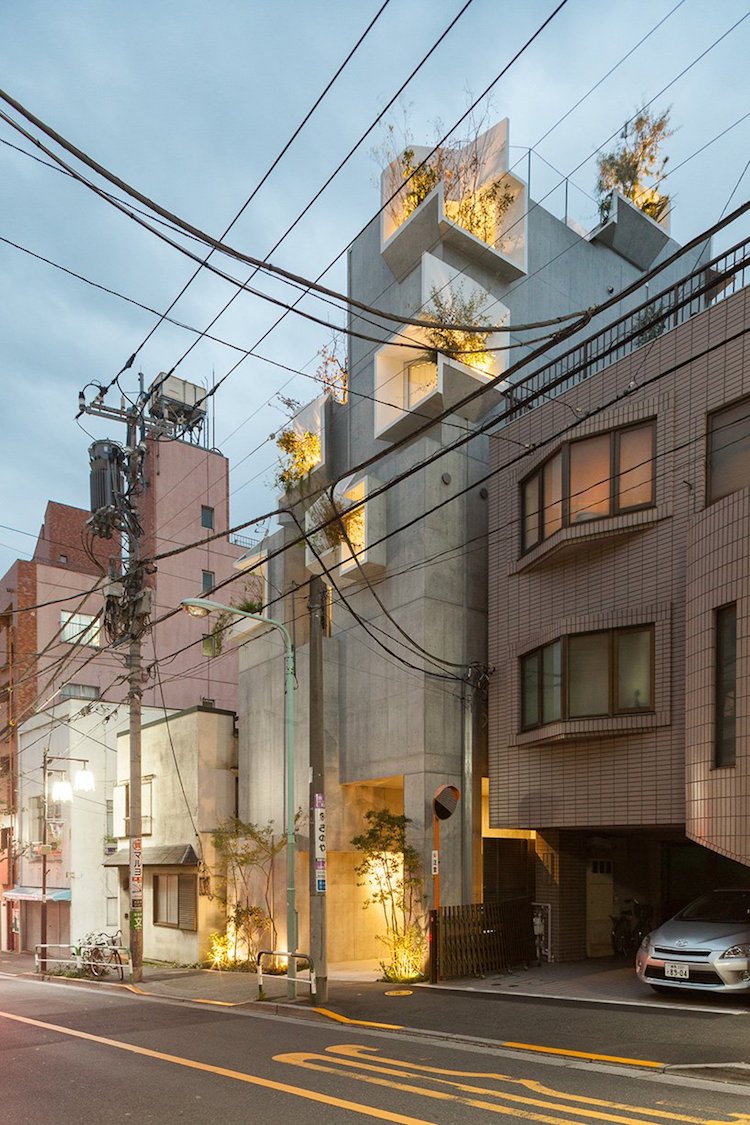 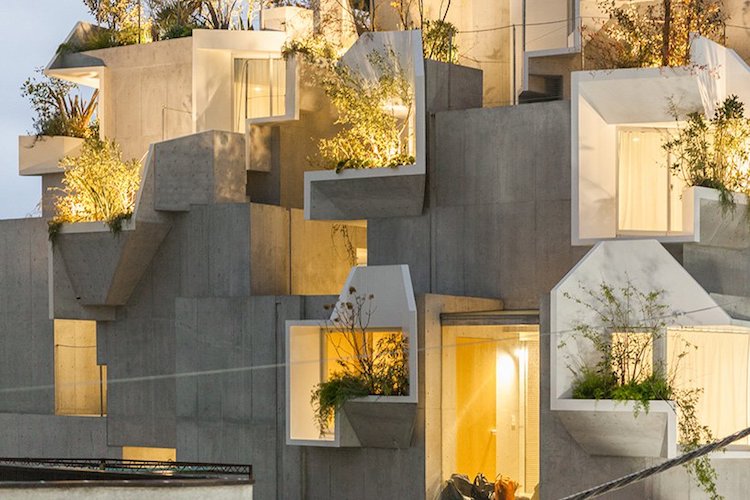 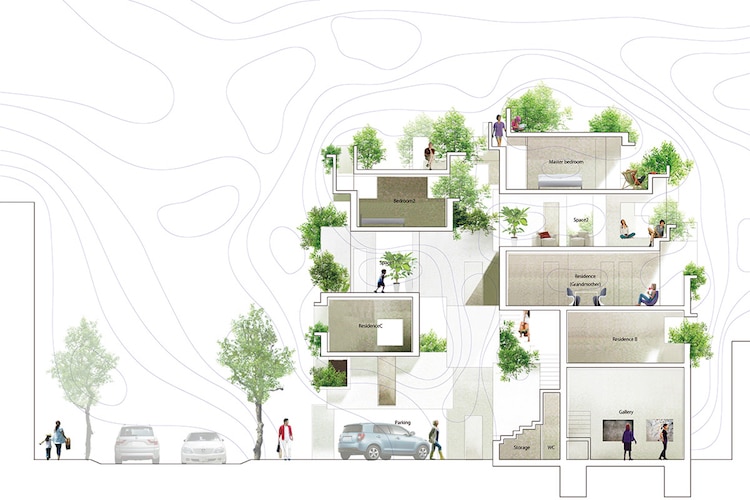 All images via Vincent Hecht, except where noted.