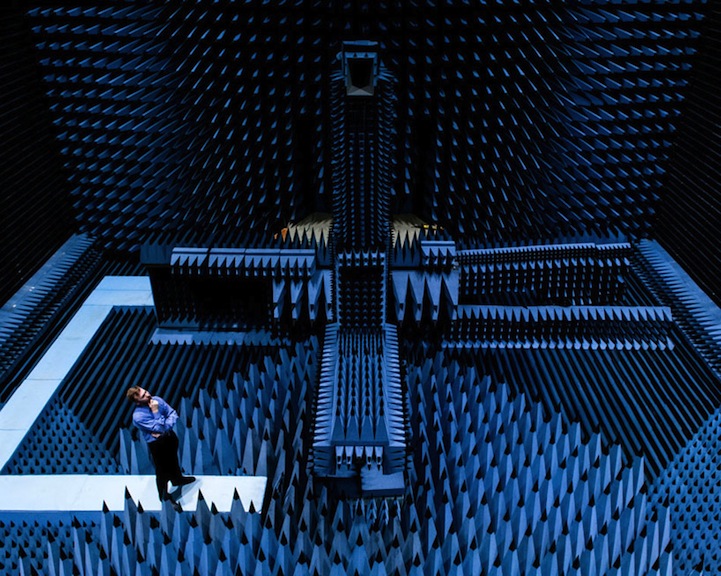 SOLAR / ANECHOIC is a solo exhibition by Copenhagen-based British photographer Alastair Philip Wiper that explores the visually mesmerizing architecture of science and research facilities. One set of images in particular, that of the anechoic and resonating chambers at the Technical University of Denmark (DTU), presents a hypnotic display of geometric architecture that simply serves to absorb reverberations and reflected electromagnetic waves. The series celebrates the unintentional beauty of spaces like DTU's an-echoic rooms.

While there is often an artistic factor to designing architecture, these structures are built purely as functional facilities whose required constructs happen to be visually appealing. The repetitive patterns and shapes in the chambers are not added merely for aesthetic purposes. The foam spikes that cover the walls and overwhelm the room with their presence are used to absorb all echoes (leaving the room silent), allowing researchers and scientists to test a variety of audio devices and the amount of noise they produce. In the microwave anechoic room, the spikes are additionally filled with carbon powder to absorb radio waves emitted from testing microwave antennas for use in things like satellites and mobile networks.

Wiper manages to capture the magnitude of each space as well as the beautiful patterns and sculptural shapes that occupy them. The chambers exude an imposing style like a set straight out of a highly modern, almost futuristic sci-fi film. They appear like magnificent stadiums from a distant future where crowds gather to watch competitions over spikes (a fight to the death) for sport.

This series is currently showing at the Etage Gallery in conjunction with Copenhagen Photo Festival through June 16, 2013. 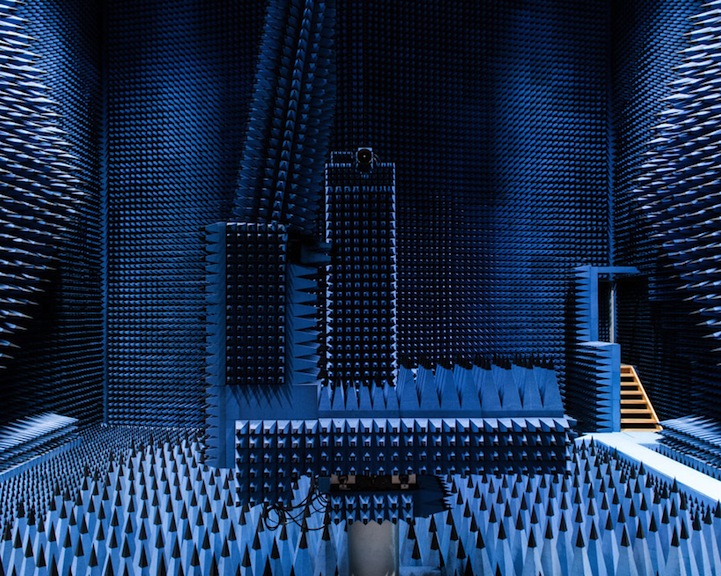 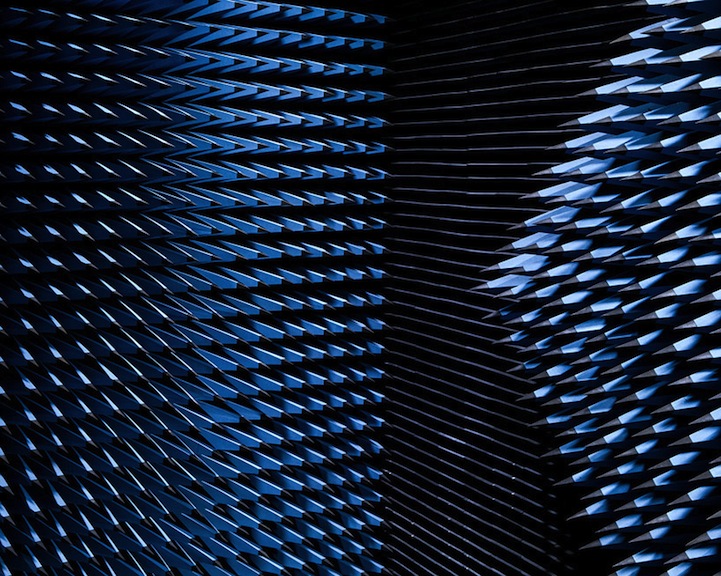 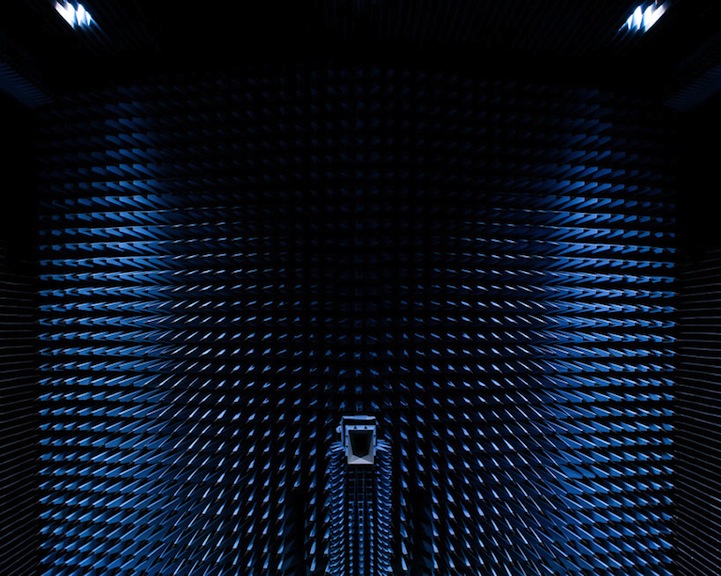 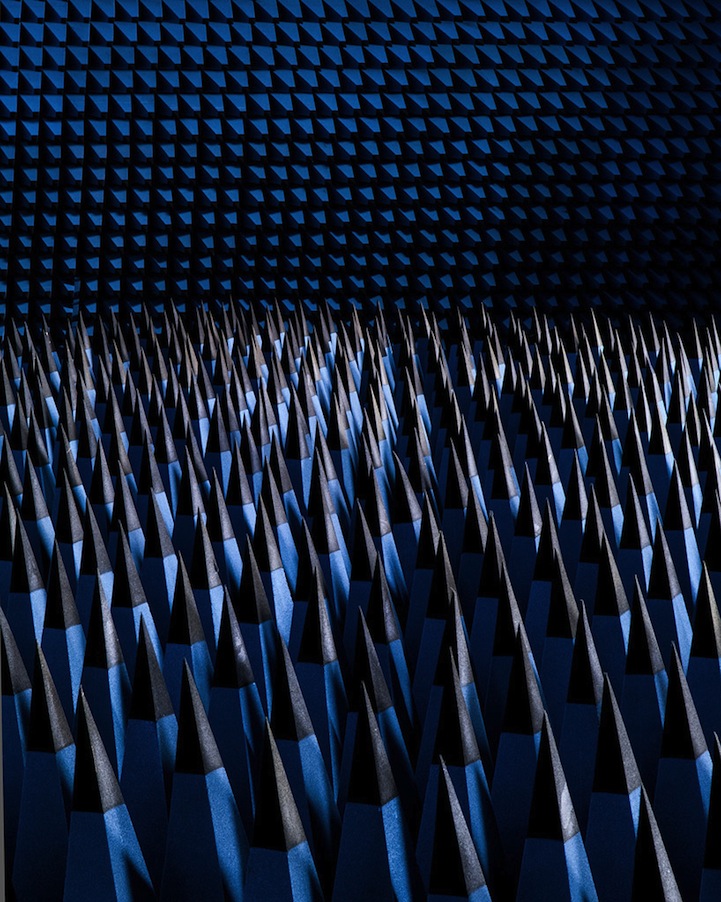 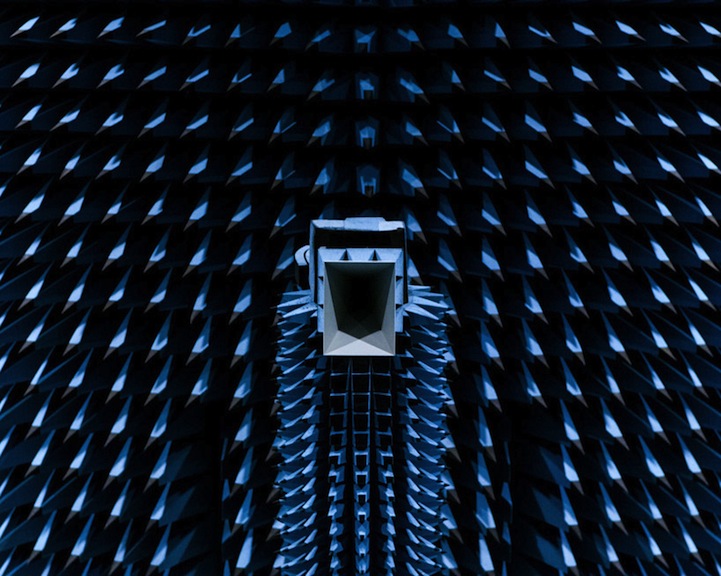 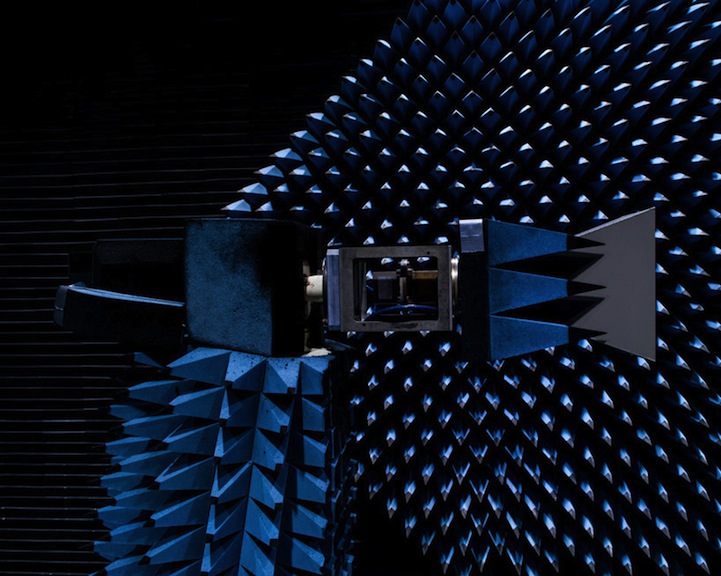 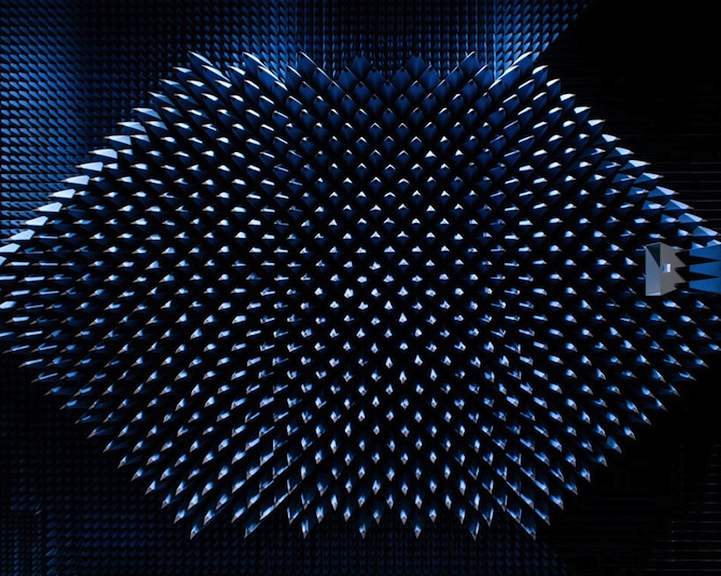 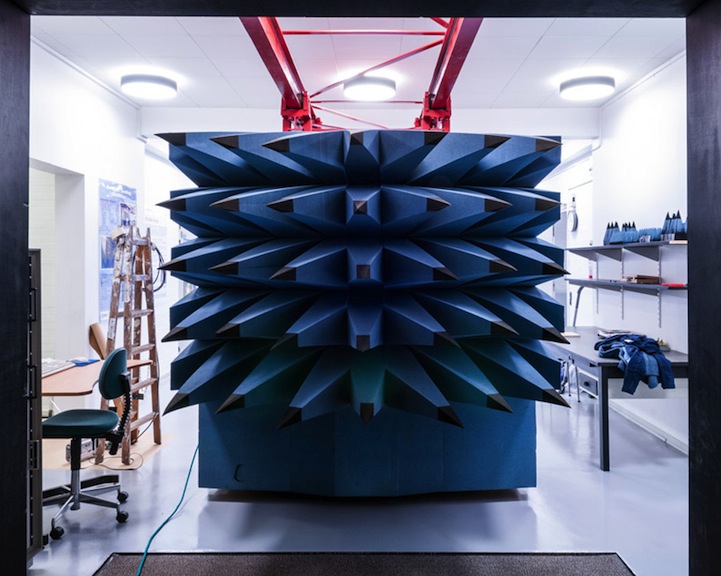