Stormy Clouds Roll Like Ocean Waves Across the Sky

Earlier in July, storm chaser Alex Schueth captured a mesmerizing time-lapse of undulatus asperatus clouds rolling over Lincoln, Nebraska during a storm. The rare cloud formation, whose name means “roughened or agitated waves,” looks like a sea of dark and stormy waters churning ominously in the sky.

According to Weather.com, undulatus asperatus clouds are formed when “enough atmospheric instability, or rising air, is available to create widespread cloud cover, as well as wind shear and turbulence, which creates the wavy, rough sea-like visual effect.” Although the cloud formation hasn't yet been formally recognized by the World Meteorological Organization as a new cloud classification, several photographers have taken to documenting the striking natural phenomenon, as seen in the stunning shots below. 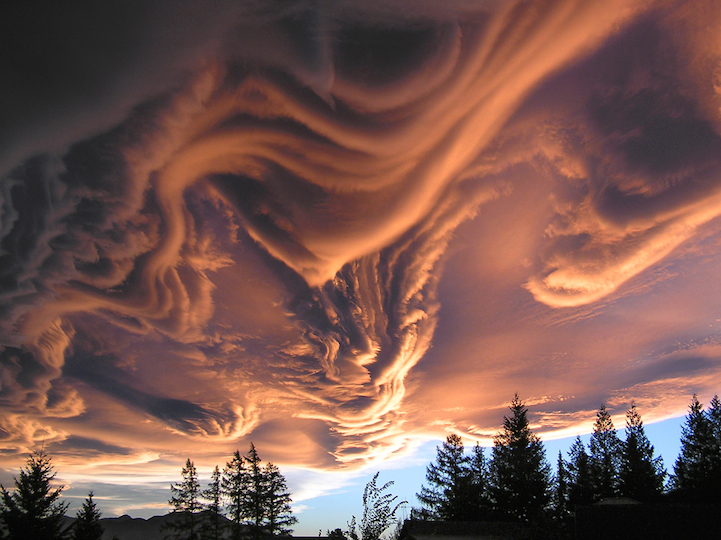 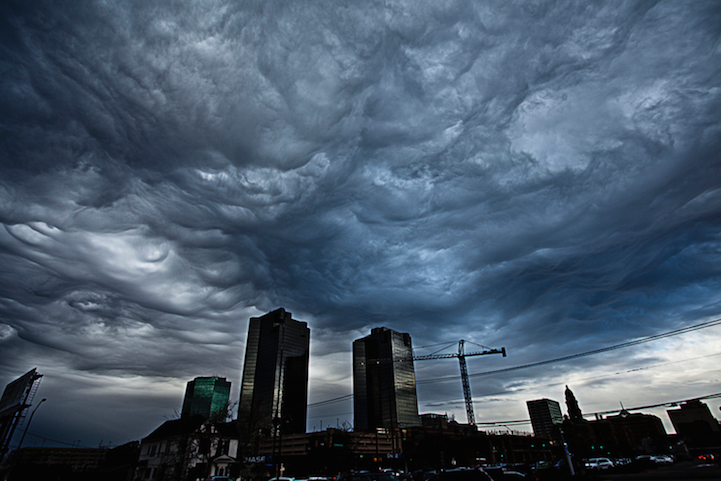 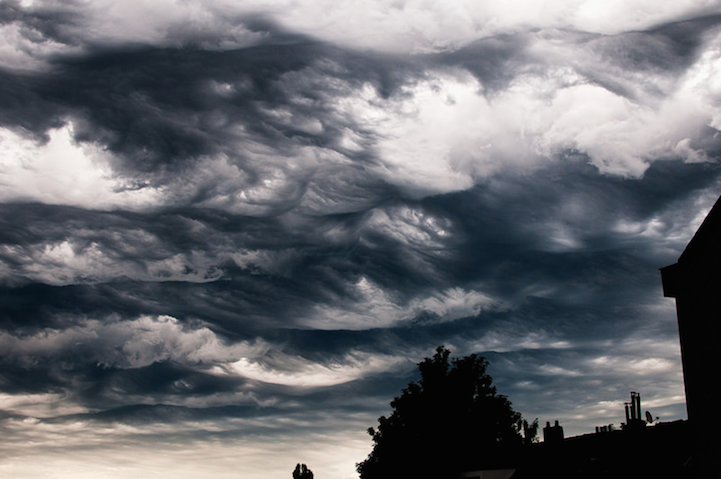 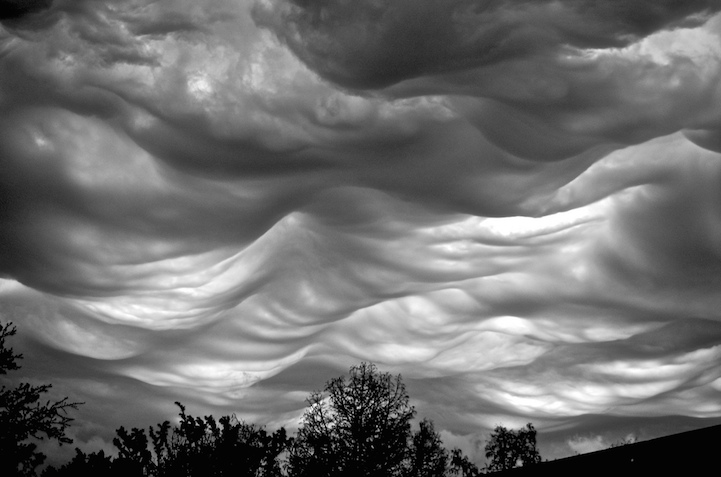 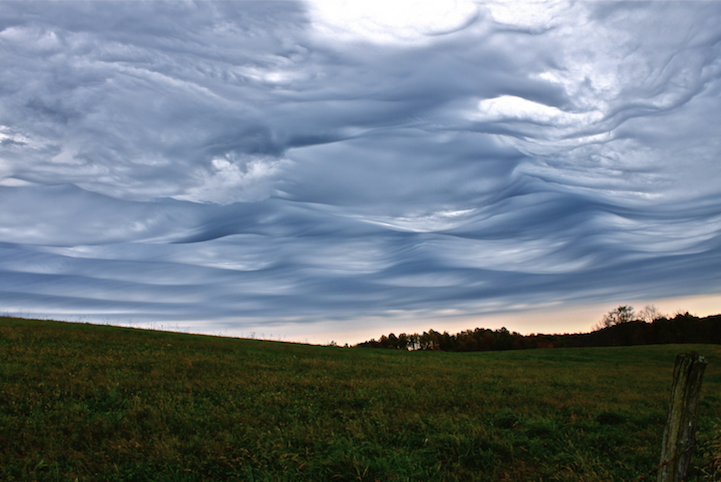 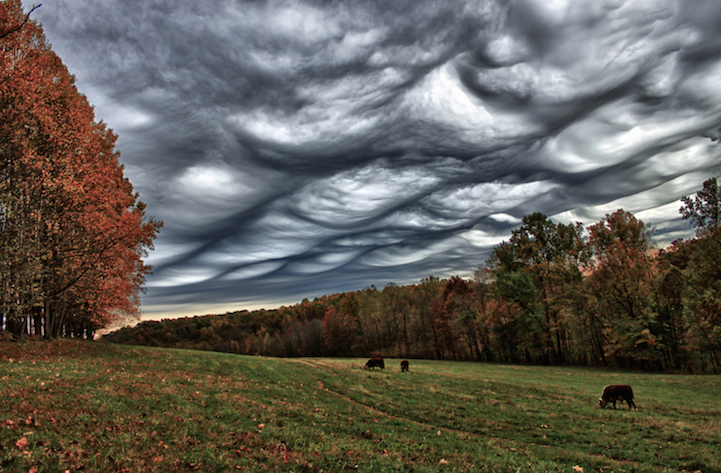 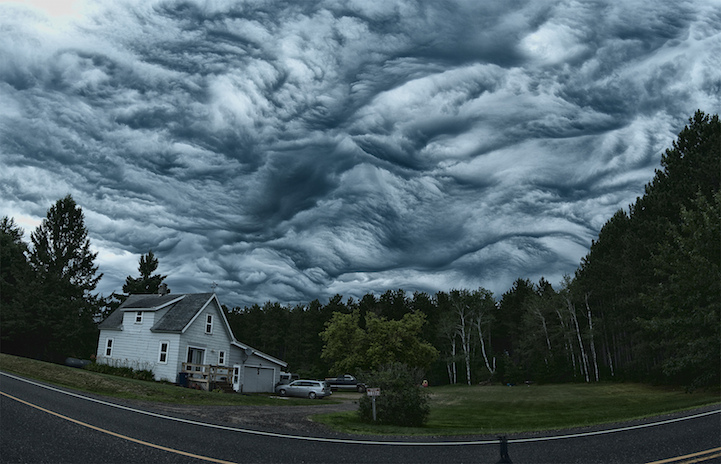 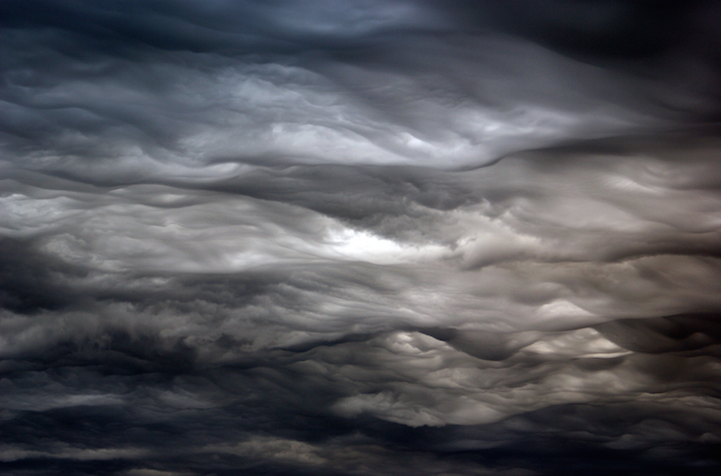