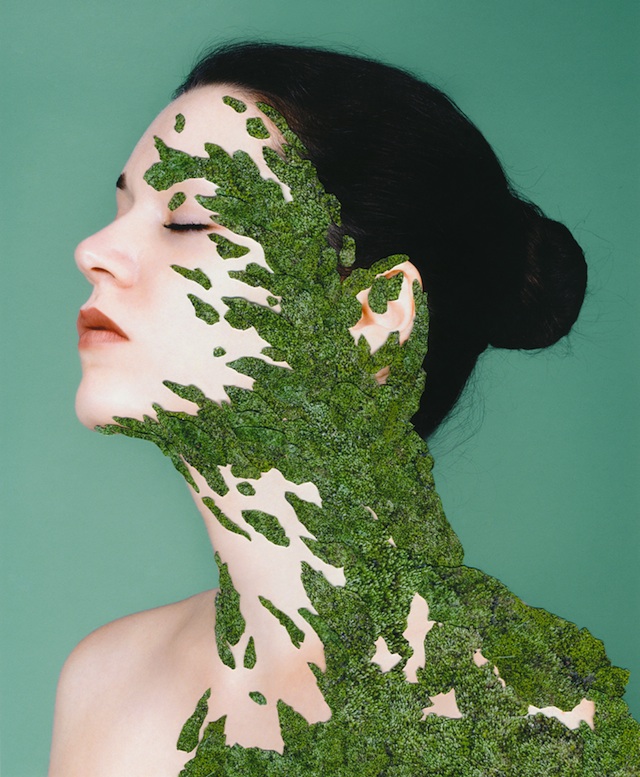 Los Angeles-based artist Alexandra Bellissimo just wrote to us to tell us about some beautiful new works she's just completed. Her incredibly intriguing half-man/half-nature collages are completely arresting, making you think about our complicated relationship with nature.

“In continuation with my ‘Simulations' series, I have created a body of work that depicts psychological and emotional imagery through juxtaposition of nature and humanity,” she writes. “I execute my visual intentions through use of traditional collaging techniques and physically constructing the prints. Utilizing this technique of collaging allows me to achieve a surreal and eerie effect along with creating textures and depth to the images. With this unification of people and nature, my photo collages evoke a variety of human emotions such as anxiety, tranquility, and confinement.”

In the piece called Surface (above), Bellissimo shot a self-portrait in her studio and then added the green, moss-like layer.

“When it came to physically piecing it together it was extremely challenging,” she says on her blog. “I was using different photographs of moss covered boulders with different focal points in order to create the appearance that layers of moss were wrapping around my face. It's difficult to see in the scan above, but there are at least 100 separate pieces of moss to make up the entire mass of it all. The entire collage took about 5-6 full days to complete.”

Note that every image in this post is a self-portrait except for the last one, which is of her younger sister. 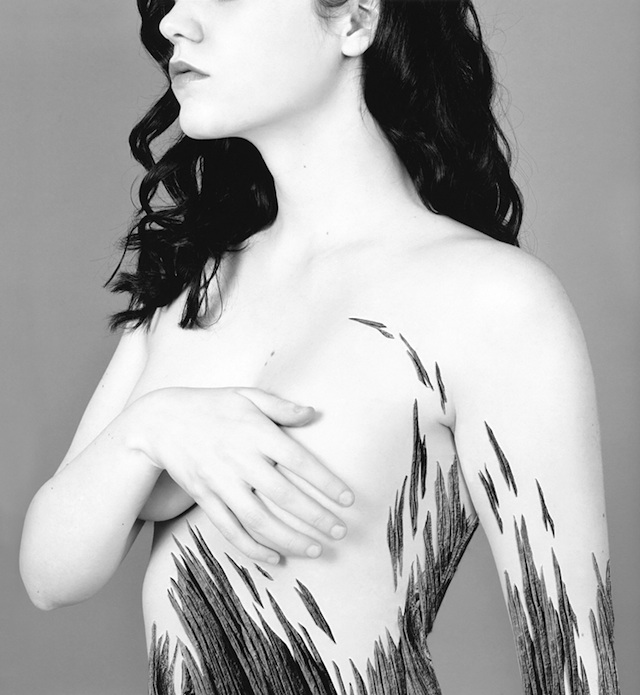 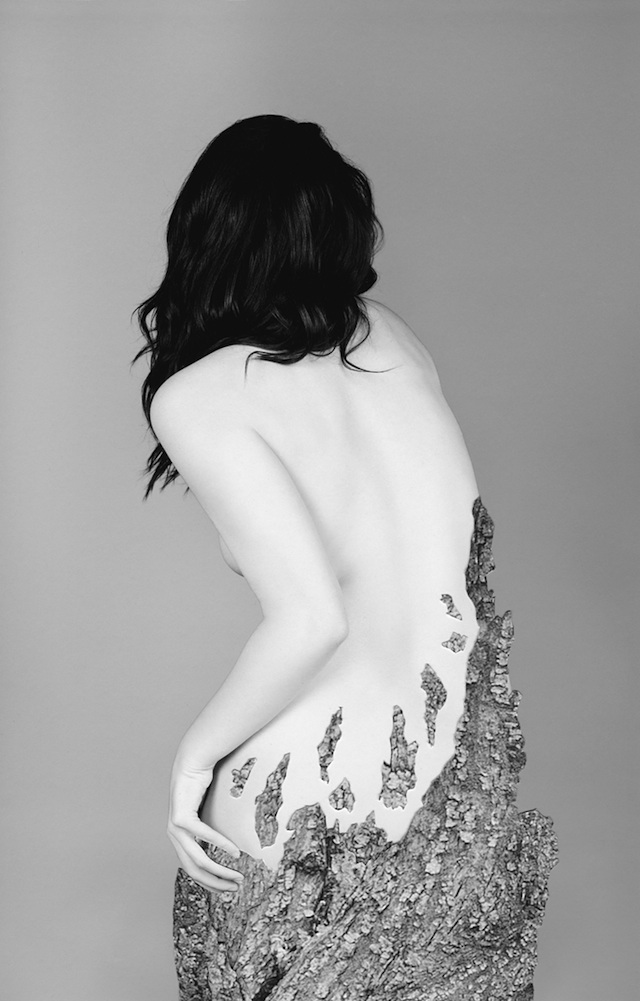 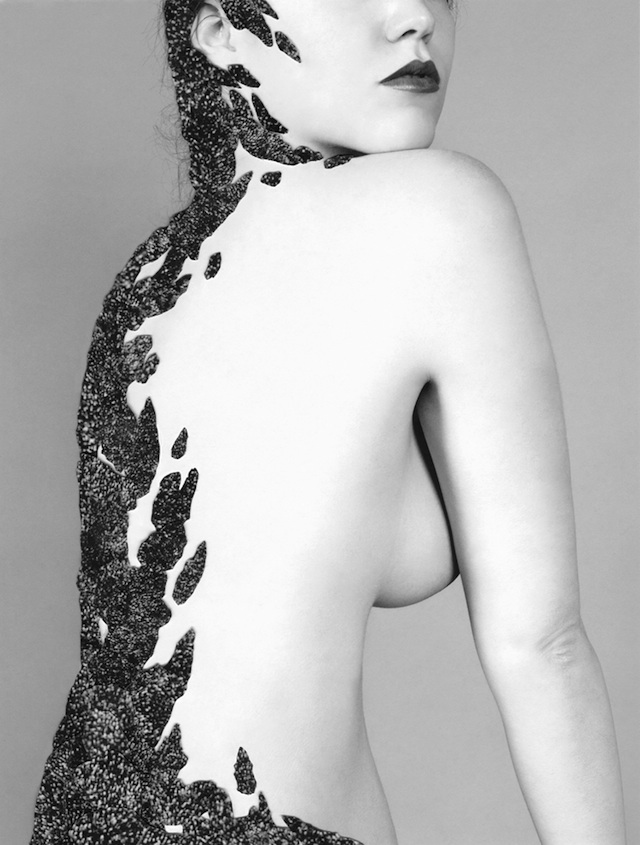 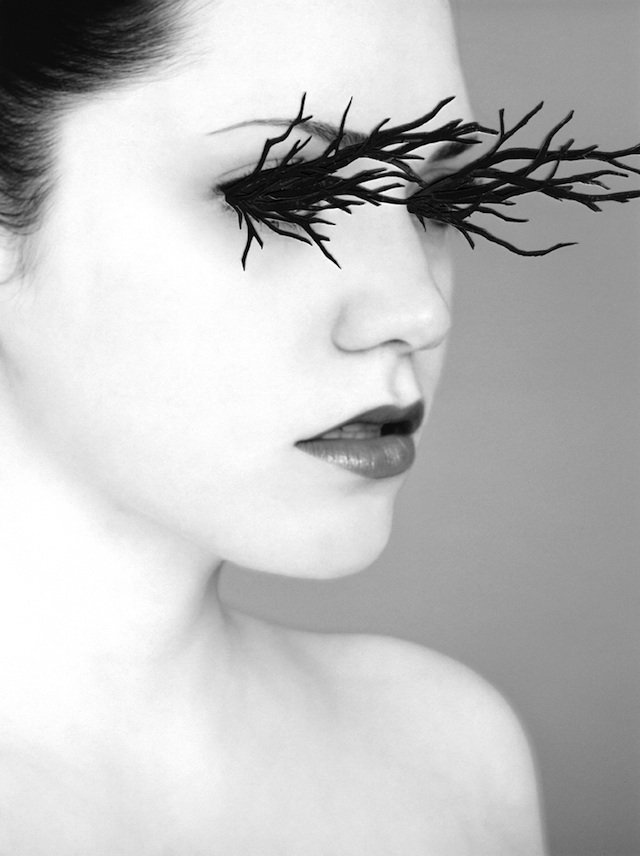 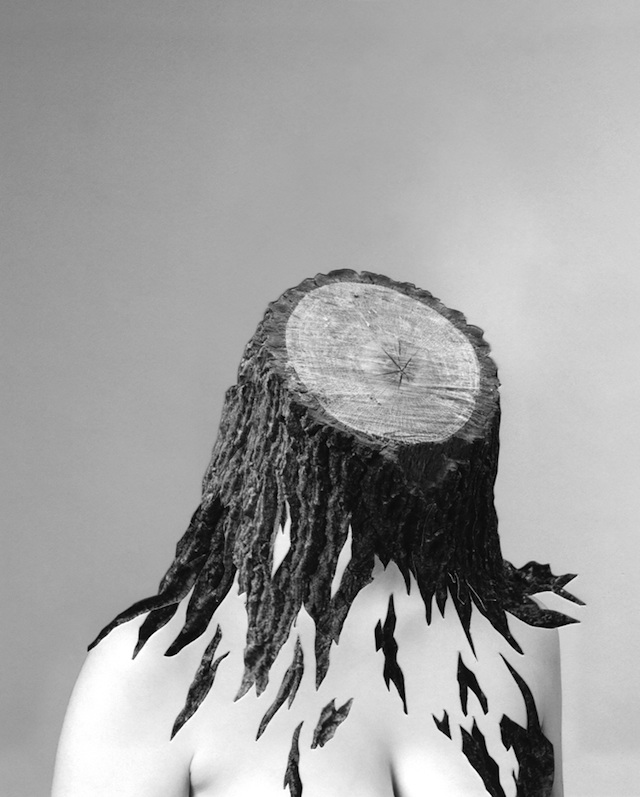 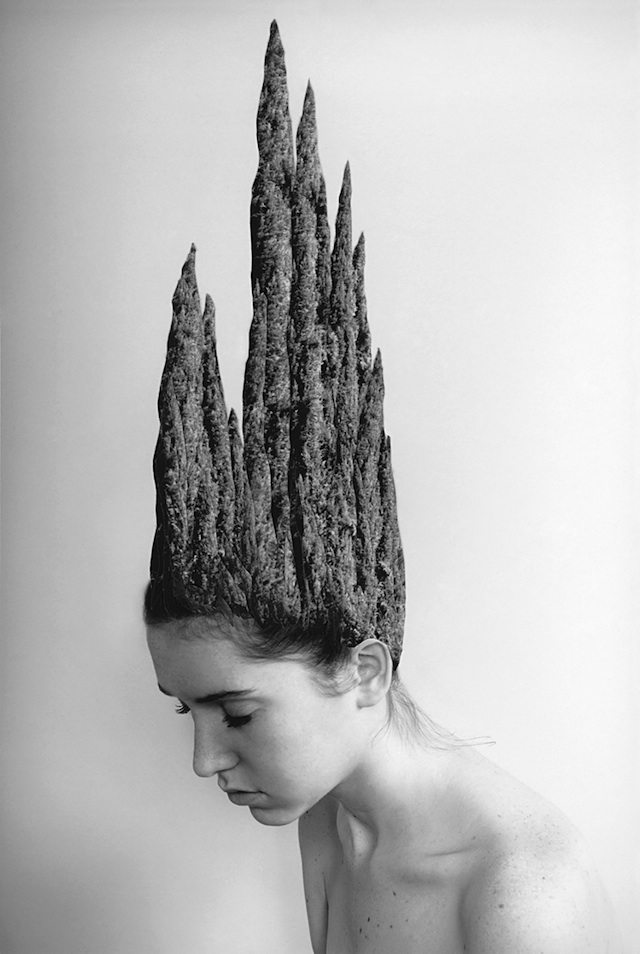