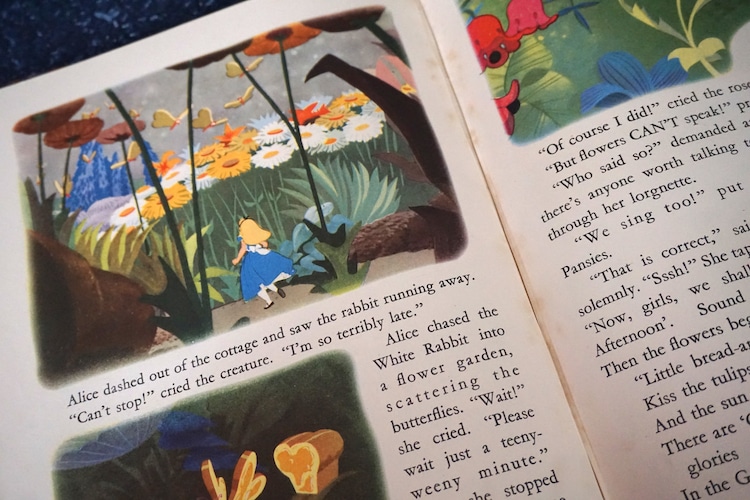 Ever since the imaginative Alice's Adventures in Wonderland was introduced by author Lewis Carroll in 1865, the magical story has inspired creatives in fields spanning art, film, fashion, music, dance, and photography. In celebration of the original story and the many adaptations of it over the years, the Victoria and Albert Museum (V&A) in London is due to open Alice: Down the Rabbit Hole—an epic exhibition that invites visitors to “experience a mind-bending journey into Wonderland.”

Alice: Down the Rabbit Hole expands on the award-winning Wonderland exhibit from the Australian Centre for the Moving Image in Melbourne. As well as showcasing some of the original Alice in Wonderland illustrations by Sir John Tenniel from the 1865 novel, V&A will also show a timeline of Alice in Wonderland-inspired creations. From Walt Disney’s early concept drawings for the 1951 film to the 2011 Royal Ballet production of Alice’s Adventures in Wonderland, this exhibition is not to be missed. There will even be some of Salvador Dalí’s surreal, Wonderland-inspired drawings.

V&A says, “Exploring its origins, adaptations and reinventions over 157 years, this immersive and theatrical show charts the evolution of Alice’s Adventures in Wonderland from manuscript to a global phenomenon beloved by all ages.”

Are you an Alice in Wonderland fan? Tickets for the Alice: Down the Rabbit Hole exhibition (which is due to open on June 27, 2020) will be available to purchase during spring 2020 on the V&A website.

The Victoria and Albert Museum in London is due to open the epic Alice: Down the Rabbit Hole exhibition next summer.

It celebrates the original story book by Lewis Carroll as well as the many adaptations of it over the years.