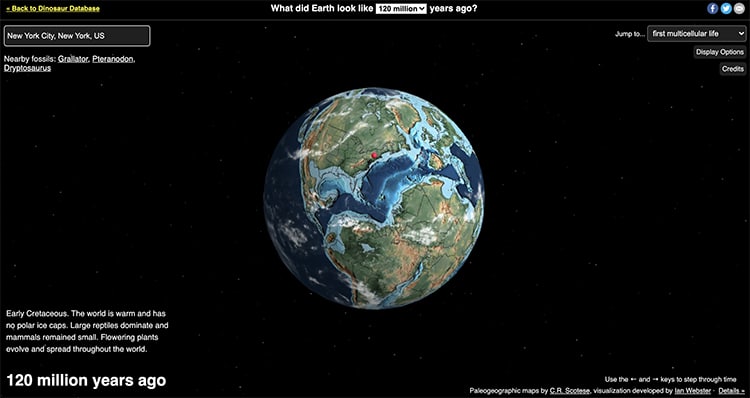 A new interactive map allows anyone to trace their hometown's geographic shifts through millions of years of Earth's history. Entitled Ancient Earth, the site is easy to use. Users simply begin by dropping a pin in a location of their choice. They can then choose from a range of dates stretching back to 750 million years ago and observe how the landmasses carrying their location have shifted, combined, and separated on Earth's tectonic plates.

Aside from tracking their own location, users can scroll through millions of years of history. The 3D globe spins and turns much like Google Earth, allowing full views of Pangea and other continental formations.  Users can even opt to remove the clouds scattered over the Earth's surface to obtain a clearer view.

Useful to students and teachers, a drop-down menu allows users to find monumental benchmarks in Earth's history. For example, the first land plants appeared 430 million years ago during the Silurian Period. During this pivotal time, a mass extinction threatened marine invertebrates. And around 120 million years ago, the first flowers evolved—but not in all parts of the modern United States. According to a search of Sarasota, the state of Florida and the Gulf Coast remained underwater until about 35 million years ago.

The maps of the ancient landmasses and seas (known as paleoglobes) were developed by geologist Christopher Scotese. Computer scientist and paleontologist Ian Webster then visualized them using GPlates, a software that models plate tectonics. Speaking to CNN about the project, Webster noted, “It shows that our environment is dynamic and can change.” He elaborated, saying, “The history of Earth is longer than we can conceive, and the current arrangement of plate tectonics and continents is an accident of time. It will be very different in the future, and Earth may outlast us all.” It is easy to think of the world as static, but Ancient Earth demonstrates the drama of continental drift.

Try the Ancient Earth map for yourself and learn more about your hometown.

The interactive map Ancient Earth allows users to track their hometown's location on Earth's surface over millions of years. 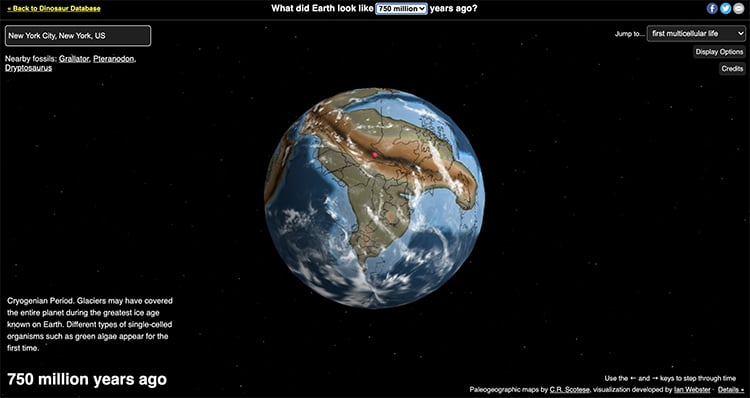 Users can scroll through 750 million years of continental drift and easily jump to monumental events in Earth's history. 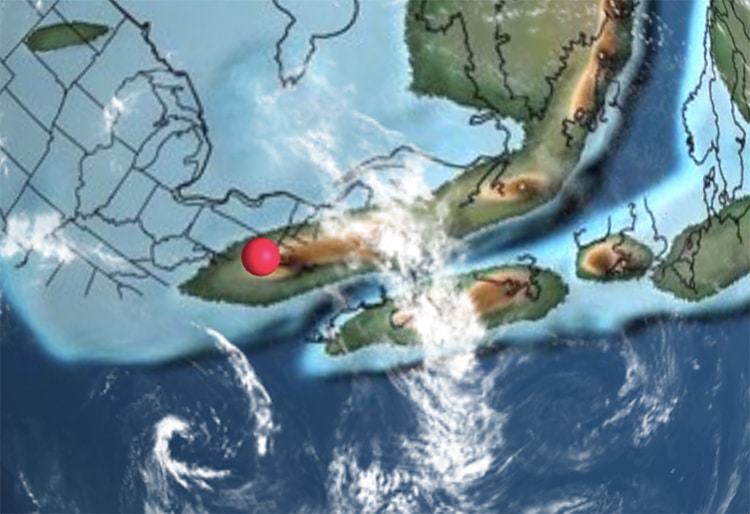 Many useful features make the interactive map easy to use, including removing clouds and zooming for a closer look. 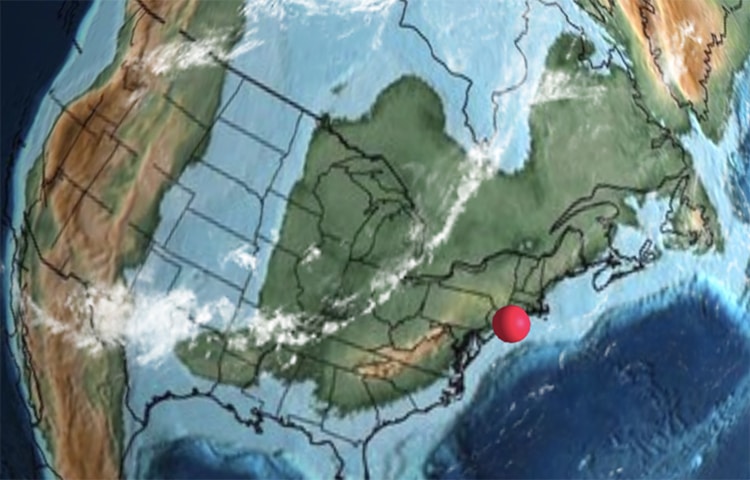 All images via Ancient Earth. 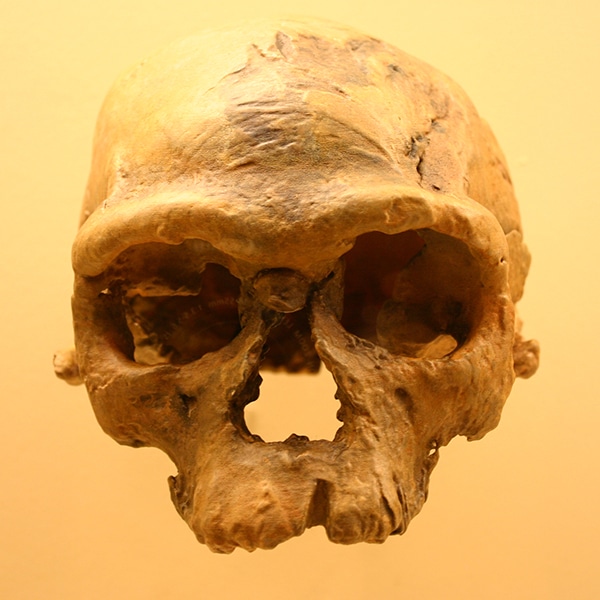