We've seen clever cultural comparisons before, but this one definitely has a new twist. In Cartoon Conspiracy, artist Andrew Kolb has taken fictional animated worlds and combined them into busy urban landscapes. The Ontario-based artist has a playfully positive approach to his artwork, creating colorful illustrations that he “hopes will garner a response similar to ‘oh neat!'”

Cartoon Conspiracy consists of two posters, in which Kolb merges bizarre concepts into one lighthearted image. Part 1 blends the futuristic Jetsons family with the Stone Age Flintstones. The illustrated scene is filled with dinosaur cars and floating homes, suggesting that “the Flintstones and the Jetsons not only take place in the same universe, but at the same time!”

In Part 2, Kolb stretches his imagination even further, producing a wacky world filled with Spongebob Squarepants characters and a portrayal of Bikini Atoll, a very old nuclear testing site. Kolb explains everything by stating that perhaps all of the weird, talking fish who live in pineapples under the sea could possibly be the result of “over a decade of nuclear testing (both above and below water).”

In two wild worlds, modern technologies and antiquated rituals co-exist and talking fish drive cars around a radioactive town. Through his inventive blend of the past and the future or land and sea, Kolb produces a new world that the creators of each show probably never even imagined. You can check out the fun posters at the Where Is My Mind? exhibit currently on display at Bottleneck Gallery in Brooklyn, NY, through July 26, 2013. Also, the 10 x 24 inch giclee prints are available for purchase through the gallery website. 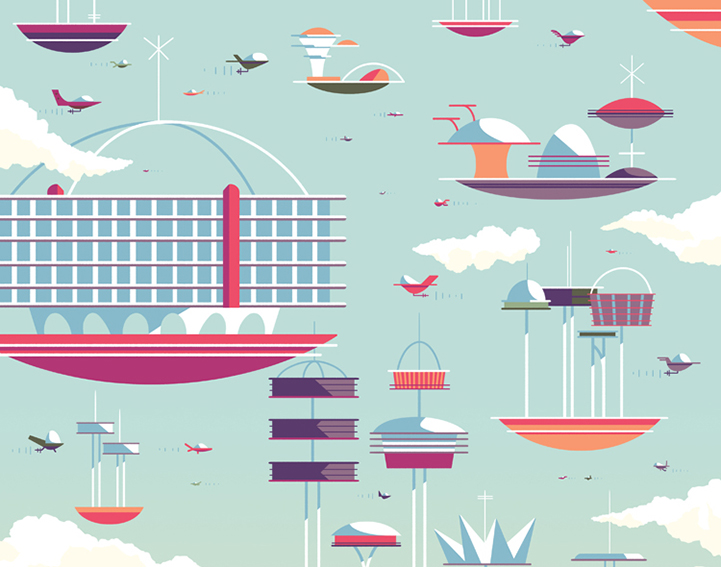 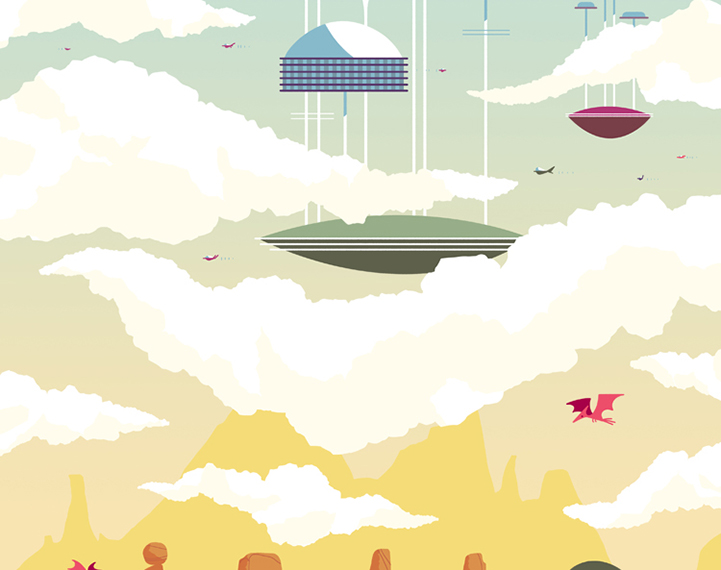 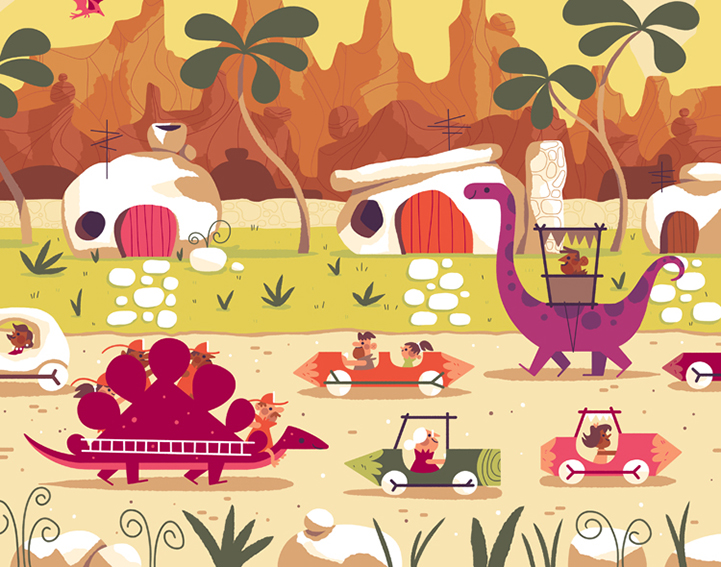 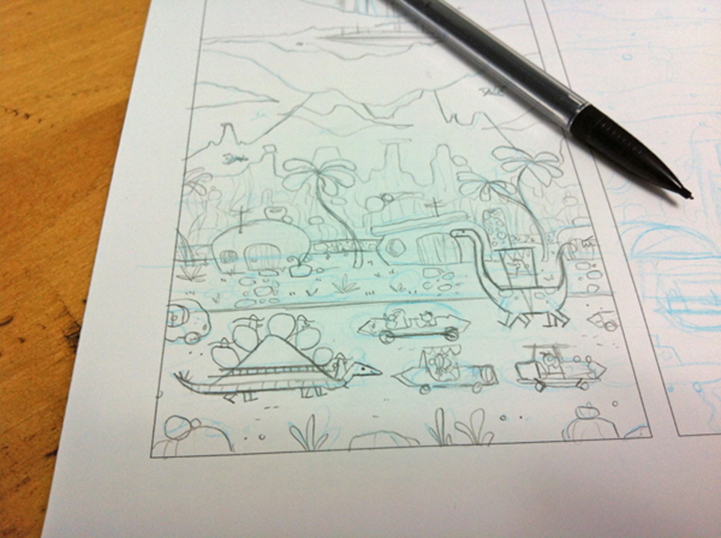 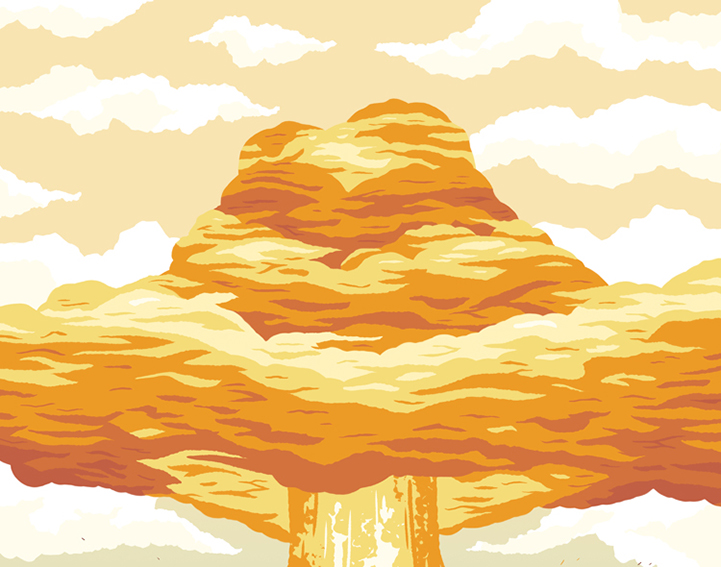 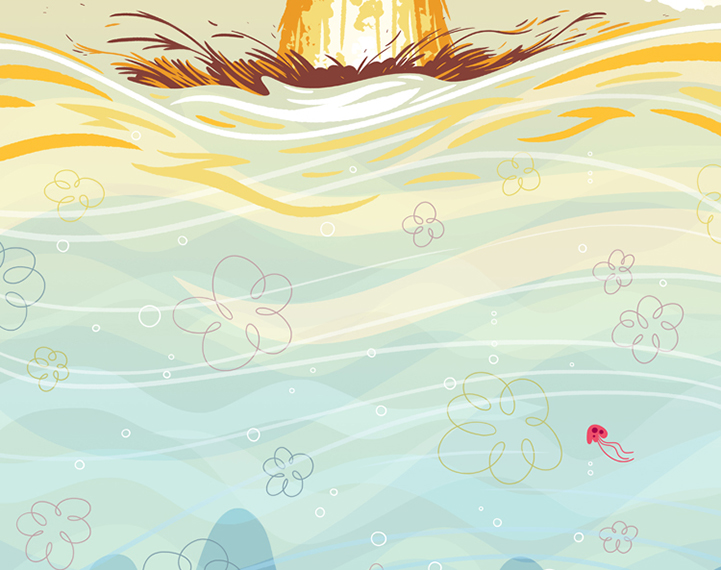 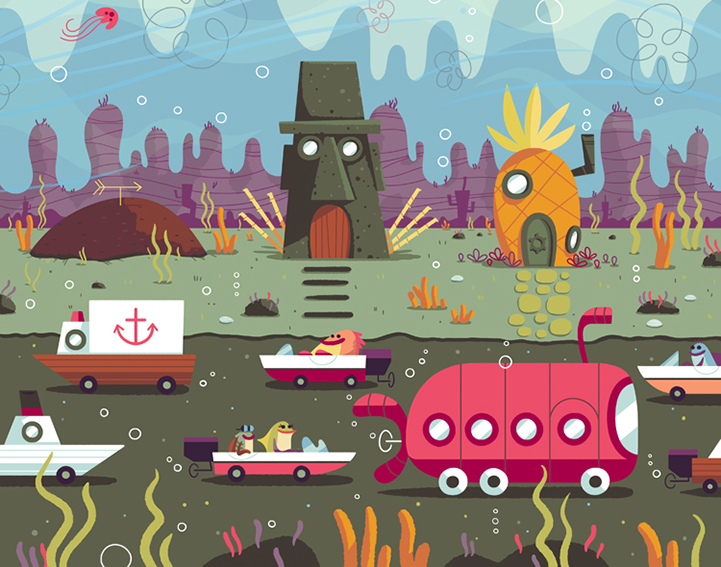 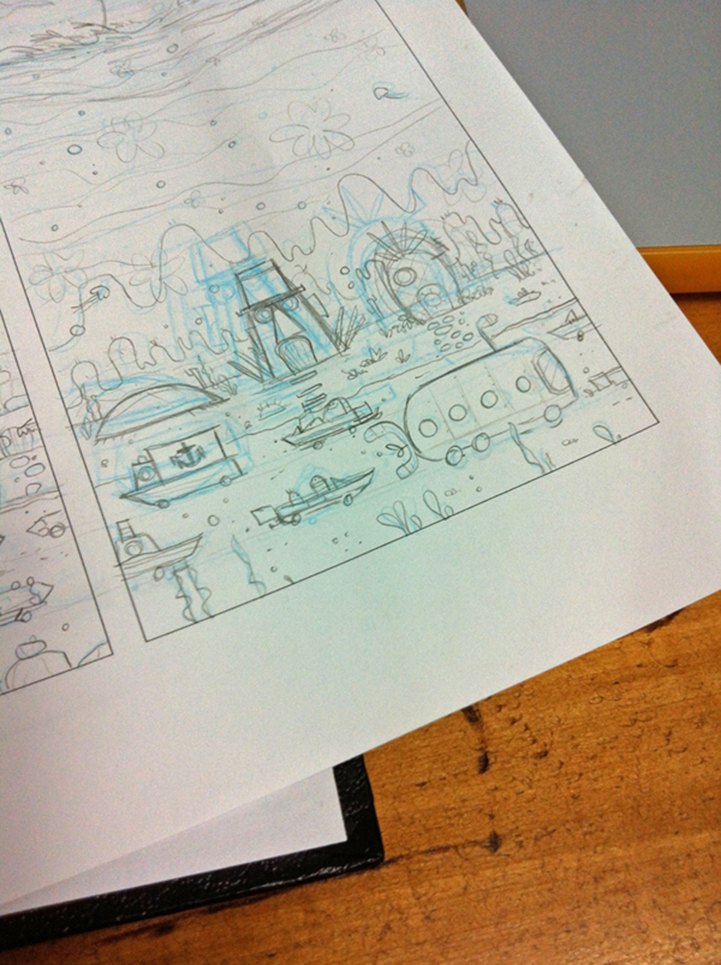